‘Martin Arnold has constructed a cinema machine – not simply a custom optical printer or recycling system, but a kind of mnemographic machine, an apparatus that writes and rewrites memories on the surfaces of film. Arnold’s cinema functions by incorporating exterior forces, an outside source of energy that presses upon the projected images. In turn, the machine exports text, forming a kind of open economy. …

‘Arnold’s cinema, however, is not a smooth machine. The breakdowns, short-circuits and gasps that define his cinema create a violently neurotic machine. (Neurotics, Freud reminds us, distrust their memories to a remarkable extent.) Arnold’s machine stutters and twitches from the moment it is turned on. This is due, in part, to the fact that Arnold’s cinema barely holds together under the strain of a constant tension between its elements. It is a machine that thematizes even as it reproduces the scene of its own breakdown, obsessively and compulsively.’ — Akira M. Lippit, Canyon Cinema 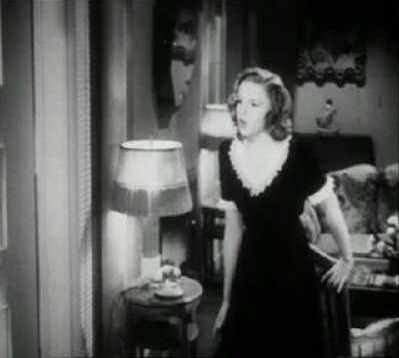 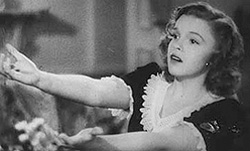 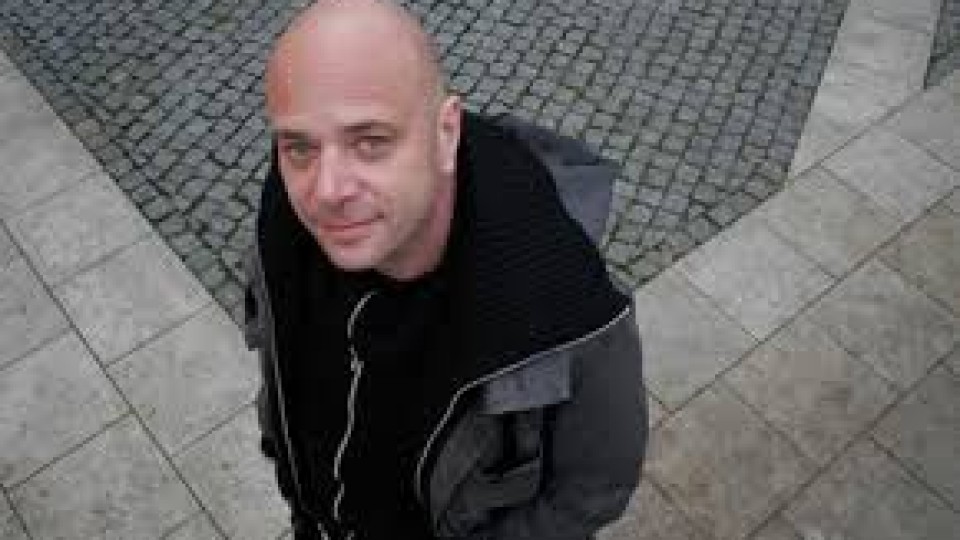 How did you end up making films after studying something else?

Martin Arnold: The thing is I was always interested in making films, and especially experimental films. I got interested very early because back then the Austrian Film Museum in Vienna was very active in showing all kinds of classical avant-garde works – let’s say Kubelka, Kenneth Anger, Brakhage, Michael Snow – so you really could see these things in this town. The only problem back then, and I think it’s somehow still a problem, was that the Arts Academy didn’t have any classes for film or media, so there was no chance at all to study these things so I enrolled in psychology and art history. I always made films when I was a student, smaller projects, but essentially I never really liked them that much. So then at the end I finished the studies and I thought that I would never become a film-maker because the movies were so bad! I was sad, you know, but then I came up with pièce touchée. The film worked well and from that point on I was a film-maker.

How did you develop your film-making techniques of looping and stuttering images and sound?

MA: I was interested in using single frames, and I think the film-maker who influenced me most in this approach was Peter Kubelka who was very active in giving lectures in Vienna and always insisted that film was composed of single frames, and that we should think of film in terms of single frames. So that’s how I got interested in single frames. Together with a friend, I built my own optical printer which is a tool that you can use to re-photograph single images, single stills, from an already existing film. When I started doing these things I tried all kinds of structures like running it forwards, then running it backwards, then I even inserted breaks and worked with extreme time lapse and also slow motion. So I did all kinds of things and ended up with this continuous forwards and backwards movement because I found them the most interesting. I used popular movies like B-pictures in my experiments and felt that if you break the continuum – if you jump from frame 2 to frame 12, then jump back to frame 3 and then to frame 16 – then this would insert breaks into the movement of the actors. What I found convincing in these continuous forwards and backwards movements was that I didn’t actually break the gestures of the actors, but I could somehow extend them or change them, which means that I not only got to work in a formal way, but I also got to influence the gestures and the actions that we can see in the movies, so I could command somehow what was happening in the image.

Your films feel and sound like music or miniature musicals in many senses. What is your relationship to music?

MA: I’m not sure if I have a particular relation to music. I mean, like many people of my age I’m interested in American music of the 80’s like John Zorn and the people around John Zorn. I’m also interested in hip hop, although I’m not an expert. And of course I’m also interested in all kinds of sampling strategies. Although I think in terms of my films a lot of it comes from film itself. I was always surprised to find out that running a film backwards – all of these strategies – are very old. That’s what the Lumière brothers did at the Grand Café in Paris at the time when they first showed their films. And then there’s the Len Lye movie Doing the Lambeth Walk – Nazi-Style, where he used footage from Triumph of the Will. So I think a lot of it essentially comes from film itself.

Piece Touchée (1989)
‘Piece touchee (1989) is a brief exegesis of a woman reading and a man coming to visit her. This footage comes from an unidentified movie from the 1940s, and opens innocently enough with the woman sitting in a chair enjoying her book. There’s no movement at first, but this is deceptive; an almost imperceptible motion starts to happen with her hand moving slightly up and down, a sign of the slight agitation that eventually explodes as something attempts to open the door. Suddenly this homely scene takes on the feel of a horror film, with what may be a monster repeatedly, terrifyingly straining at the door. Arnold builds on this arid atmosphere of entrapment and incipient chaos to the point where a kind of vertigo sets in. In a literally dizzying sequence, Arnold introduces maniacal flash-cuts and repeatedly replays and interrupts a scene in which the camera pans across the woman rising and the man walking; this will have some viewers holding their chairs.’

Passsage À L’Acte (1993)
‘Passage a l’acte (1993) makes a simple breakfast scene from To Kill a Mockingbird look like a surrealist nightmare. The 1950s family is the target here. Those who know the film will recognize the characters as a father, his two kids, and a neighbor woman, but the film transforms them into a crazed version of the postwar family. While “Mother” sits with a frozen smile and Father (Gregory Peck) reads the paper, sonny boy gets up from the table and opens and closes the screen door repeatedly. The slamming of the door sounds like gunfire, hinting at an unnamed aggression occurring somewhere just outside this sacred space of the ’50s home and perhaps at disturbing forces at work within this family. Arnold’s exploitation of these characters is pitiless; like an evil puppeteer he repeats a shot of Gregory Peck screaming words and parts of words to stultifying effect, while the son twitches back and forth with some unknowable frustration and the daughter makes gutteral noises that attain a kind of robot rhythm.’

Viennale Trailer: Psycho (1997)
‘Martin Arnold has adopted a fragment from the shower scene of Alfred Hitchcock’s legendary thriller PSYCHO, rendering and composing it anew with the possibilities of digital retouching. The result is a short yet intense piece of contemporary aesthetics. Devoted mainly to density and omission, it visualizes the cinematic narrative on all its levels as a cinematographic and aesthetic mise en scène. Simultaneously, it reveals that a resolving adaptation of traditional cinematic forms can also create suspense, excitement and pleasure.’

Alone. Life Wastes Andy Hardy (1998)
‘In Alone. Life Wastes Andy Hardy (1998), Arnold stitches together a strange sexual scenario from three of the Judy Garland-Mickey Rooney vehicles. In the opening scenes, Andy embraces his aging mother, but subtle repetitions give this homespun scene an unexpected erotic charge. Arnold brazenly rechoreographs Andy’s movements to make it appear he’s humping the old gal from behind. Meanwhile Judy is singing in another room, but it’s no ordinary song. She’s made to emit disturbing “peeping” noises, sing backwards, and lingers on phrases like a stuck record: “There must be someone waiting … waiting … waiting … waiting …” The effect is both comic and chilling, as she stands pathetically with outstretched arms waiting for Mickey, who, perhaps because he’s just left his mother’s bed, never quite connects with poor, frustrated Judy.’ — Gary Morris, Bright Lights Cinema

Deanimated (Excerpt, 2002)
‘In Deanimated (2002), Martin Arnold subjects a legendary American horror movie of 1941 to radical cinematographic surgery. Actors disappear thanks to digital technology, leaving the cinematic space to become the actual leading actor in a precise and absurdly comical new interpretation. Arnold transforms the original movie The Invisible Ghost, in which a wife hypnotises her husband into a murder plot, into a study in the increasing disintegration of actor movies; at its close the camera’s eye wanders through sets devoid of human life where the lights literally seem to have gone out. Death becomes, in Deanimated, the fury of disappearence which gives witness to an “unbearable transition beyond existence” (Georges Bataille). The madness has been inscribed into the faces. The ecstasy of effacement, the annihilation of being, the hypostatisation of the inorganic, the searching glance, which no longer meets with any species of recognition – those are the relays which prepare the transition to a catatonic rigidity.’ — Thomas Miessgang

The music, by TWINSANITY, is not in Arnold’s film and has been superimposed.
—-