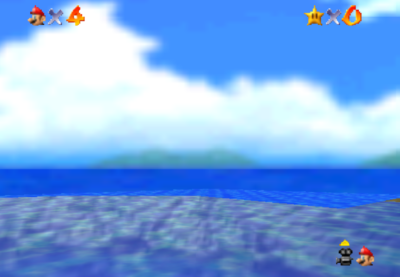 A personal association of games with photography and film has been with me since the gift of a Nintendo 64 as a child. Super Mario 64 was the first 3D game I had ever played, quite a jump from my previous experience with the Nintendo Entertainment System and Atari. Super Mario 64’s immersive landscape and tricky moments — such as those requiring wall jumps and other maneuvers to progress and avoid or defeat enemies — required manual use of the build-in camera controls. These controls were embodied in the Lakitu, the camera-man who follows Mario/the player, through the game. While Super Mario Bros. 3’s curtains and hanging landscape elements evoked a theater stage play, the crucial presence of Lakitu in Super Mario 64 seemed to transform the game into a movie.

Some of my most beloved Nintendo 64 games required extensive manual camera fiddling or waiting for the camera to sort itself out. Playing them again years later, I wonder how I ever got through these games without endless frustration. Donkey Kong 64 and Castlevania 64 have notoriously bad camera controls and break a sense of immersion in the world, while a game like The Legend of Zelda: Ocarina of Time has excellent handling, allowing easy maneuvers that encourage exploration. 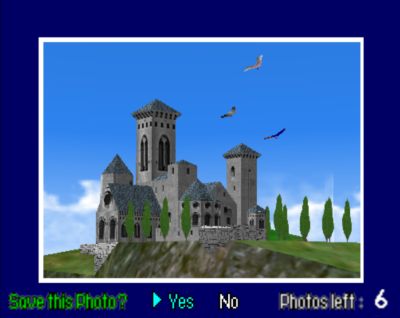 I had previously enjoyed static screenshots of video games through Nintendo Power and browsing through strategy guides. I had tinkered with N64 launch game Pilotwings 64’s basic camera function in the game’s hangglider stages, but taking my own photos in-game went to the next level with with Pokemon Snap in 1999. While the main story was relatively easy to beat, earning higher scores through taking better photos could prove challenging. Pokemon Snap stations installed at Blockbuster Video allowed players to print off stickers of their favorite shots from this game and shots taken in the gallery mode of Pokemon Stadium (2000). 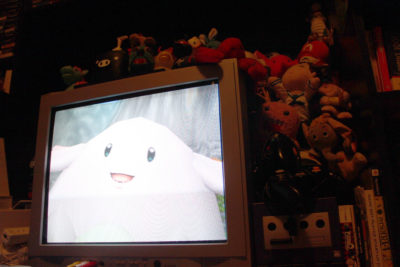 I have since played many games where photography was not necessarily the object of the game, but an embedded element. In The Legend of Zelda: Majora’s Mask, the Pictograph Box stores one photo at a time and can be used to advance the story and complete a couple of sidequests, or for the player to fool around with. While not initially allowing the player to take snapshots in its first iteration, the pause screen that zoomed in on the character and froze all surrounding action in Super Smash Bros. could be timed to produce amusing and artful scenes. Later, when lifted from my Nintendo-only-loyalty, I played a demo of survival-horror PlayStation 2 game Fatal Frame (2002), where the camera serves as your weapon against ghosts.

Getting into the practice of photography alongside a life of playing video games, it was only a matter of time before I would not only use in-game camera functions or take screenshots with an emulator, but photograph the screen itself as an experiment to frame the screen-within-a-screen-within-”real life”. 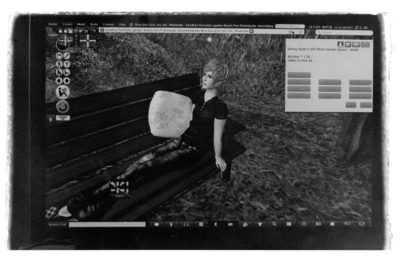 I later took up visiting abandoned locations in the virtual world of Second Life with a digital avatar that’s more like a virtual dress-up doll to me; it’s simple to shift body shape, attributes, clothing, expression, and pose with a few clicks. Second Life allows for a wide variety of camera tools, including transforming the lighting to set the tone. The Second Life marketplace features a range of pose stands, camera heads-up displays (HUDs) to assist in rotation and fixation, lighting, animations, and more. 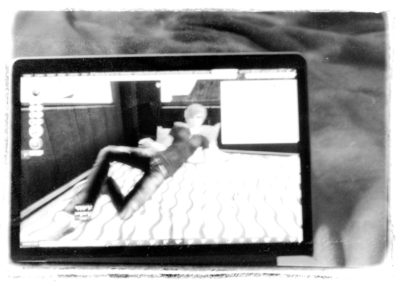 We’ve reached an era where many game environments offer snapshot mechanisms, software is developed to “revolutionize screenshot capture”, the work of video game photographers (also known as screenshotters) is legitimized as art in Frieze and Vice pieces, and anyone with an emulator can easily take and edit screenshots of their own. As the description for NVIDIA Ansel reads:

Game photography is undeniably a new art form – screenshots can be posed and framed, and those with a great eye will select the best scenes and most beautiful vistas, just as a real world photographer would. The very best screenshots from famous game photographers like Duncan Harris, James Pollock, Leonardo Sang and Joshua Taylor are shown in exhibitions, printed and framed, and admired by millions of gamers online. 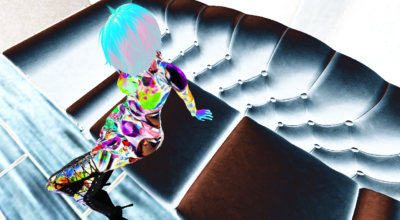 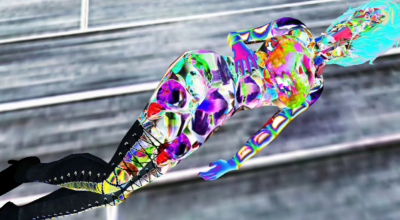 In this movement of video game photography, the subjects are most frequently contemporary games, not retro games. Retro games have proven a rich subject in game modification patches and hacks viewed in an artistic context, through cinematic productions created within games (machinima), and through online recreational viewing and creation in the form of let’s plays and speedruns. I believe the time has come to re-enter these retro game worlds with an eye for photography.

Noticing the relative lack of older games being explored photographically, I have begun to do this work on my own, experimenting with camera versus screenshot, editing or leaving the image as it is, and using cheat codes for invisibility and to achieve other in-game effects that alter the impact of the image. I want to capture terrain from games that seem very much like ‘places’ in my memory as well as to forge new paths. 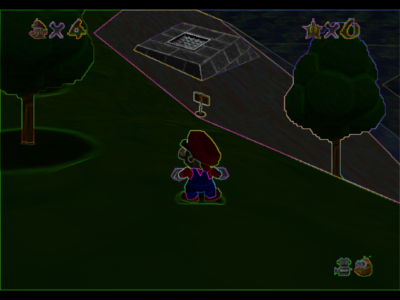 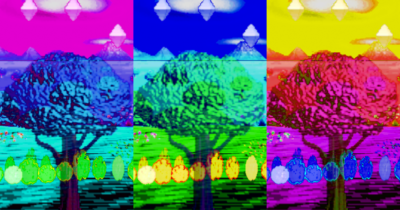 Arguments against a screenshot, or photograph, of a dazzling landscape or a portrait in a pre-made video game world being considered art fall flat when there is wide-spread acceptance of nature or street photographs that depict our own pre-made world. That which is not ‘natural’ need not mean ‘inauthentic’.