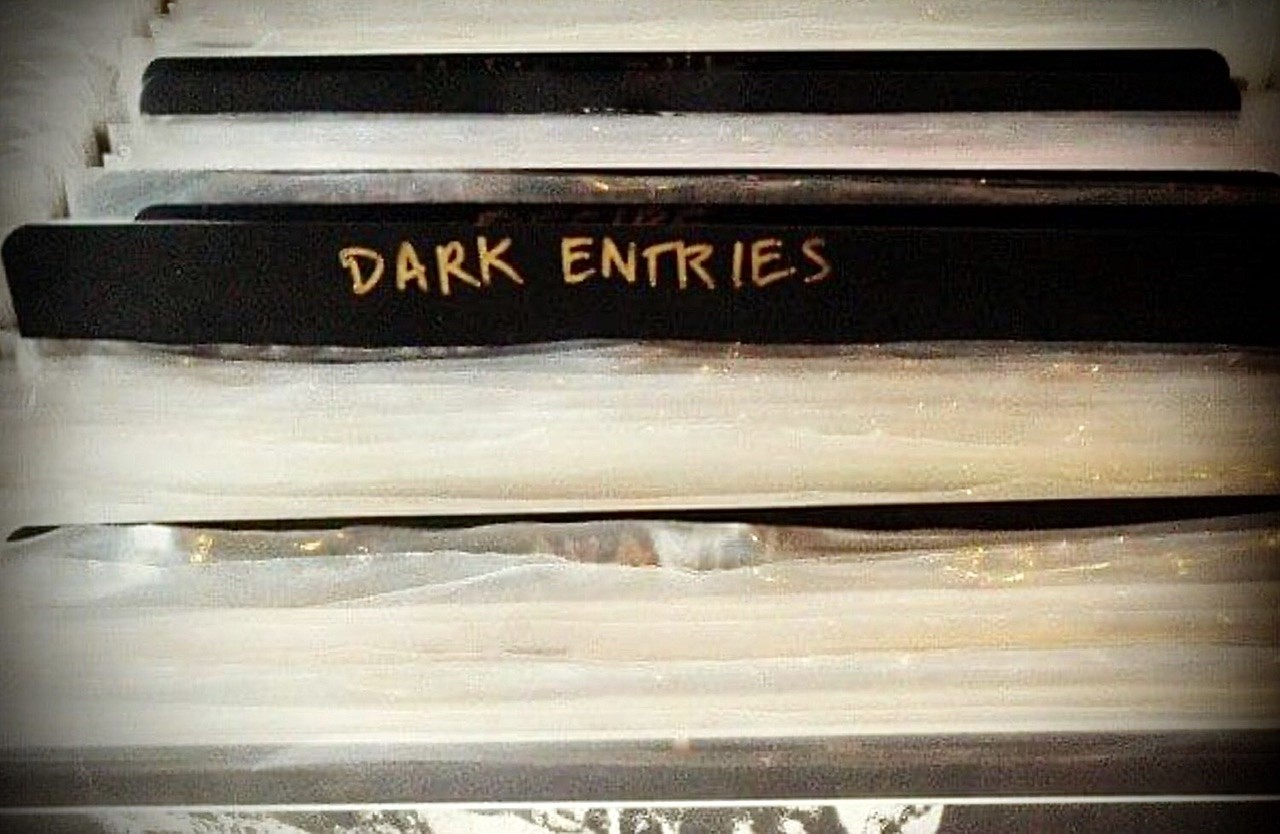 Dark Entries Label founder Josh Cheon is most noted for contributing to the legacy of electronic music pioneer Patrick Cowley through reissuing as well as unearthing unreleased material from Cowley’s short lived but groundbreaking recording career. 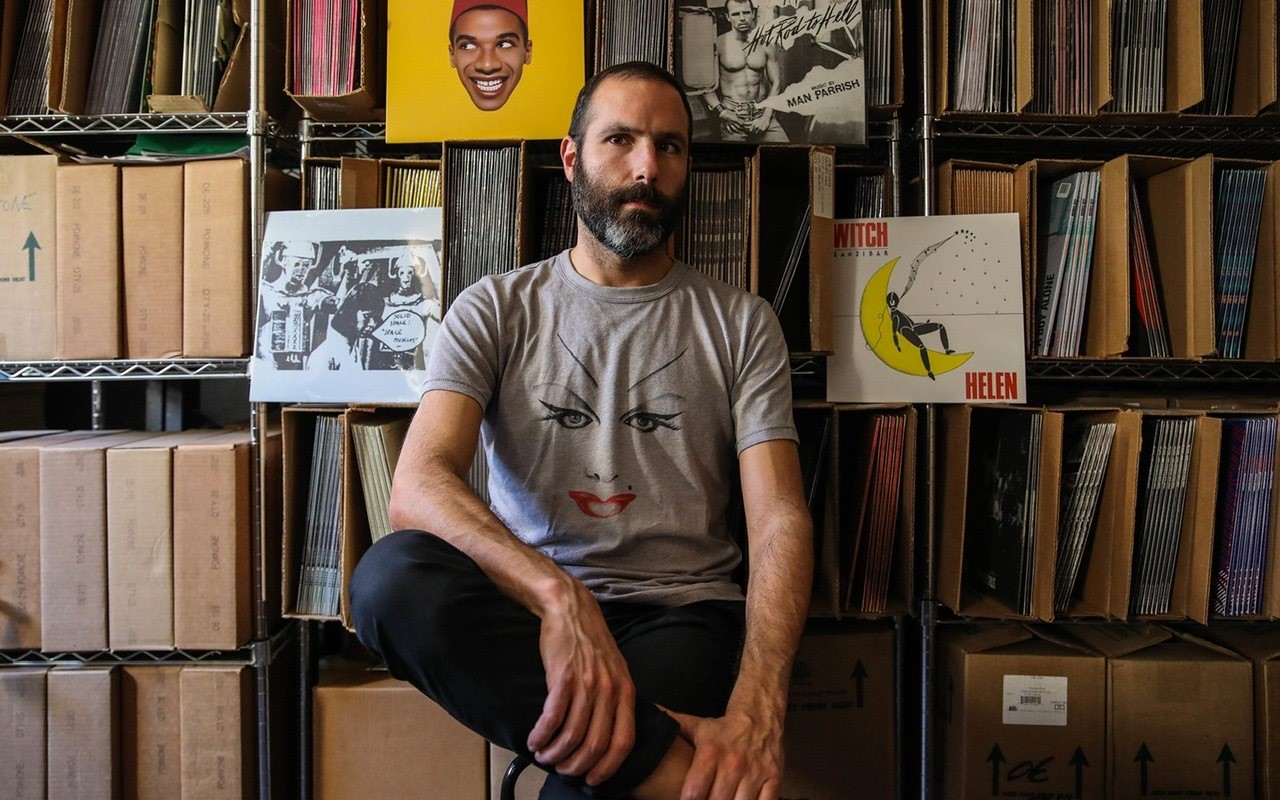 Cheon has a particular knack for discovery. Cowley is not the only artist who’s unreleased music Dark Entries have born to light. Other electronic artists like The Hacker and Severed heads also have previously unreleased material on the Dark Entries label that now have atleast 300 releases since setting up in San Francisco in 2006. Dark Entries also issue music from The San Francisco Bay Area. 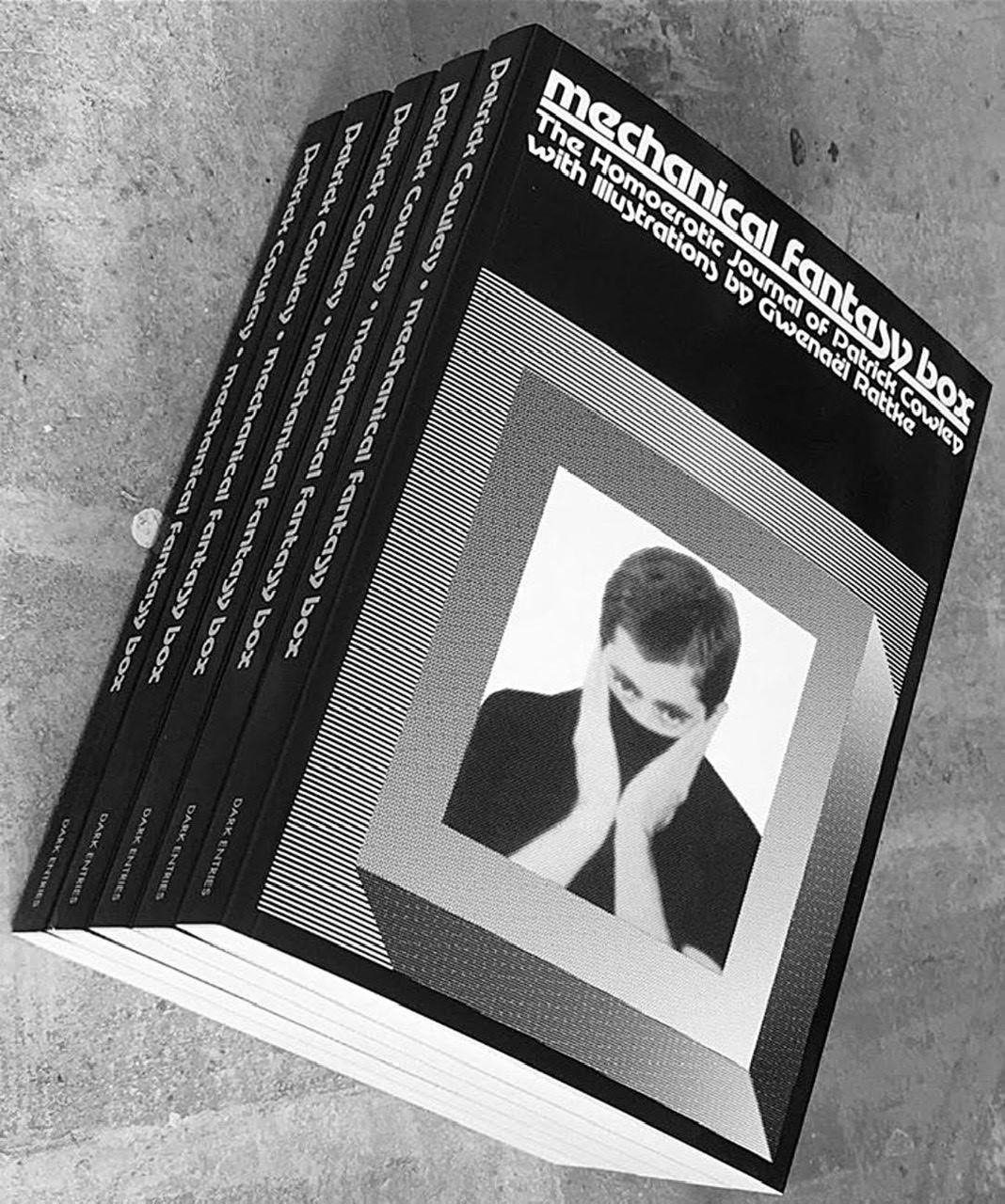 Dark Entries have their foot in the book publishing world with the release of Patrick Cowley’s sex journals which was released in tandem with 13 Unreleased tracks which is also entitled “Mechanical Fantasy box.” 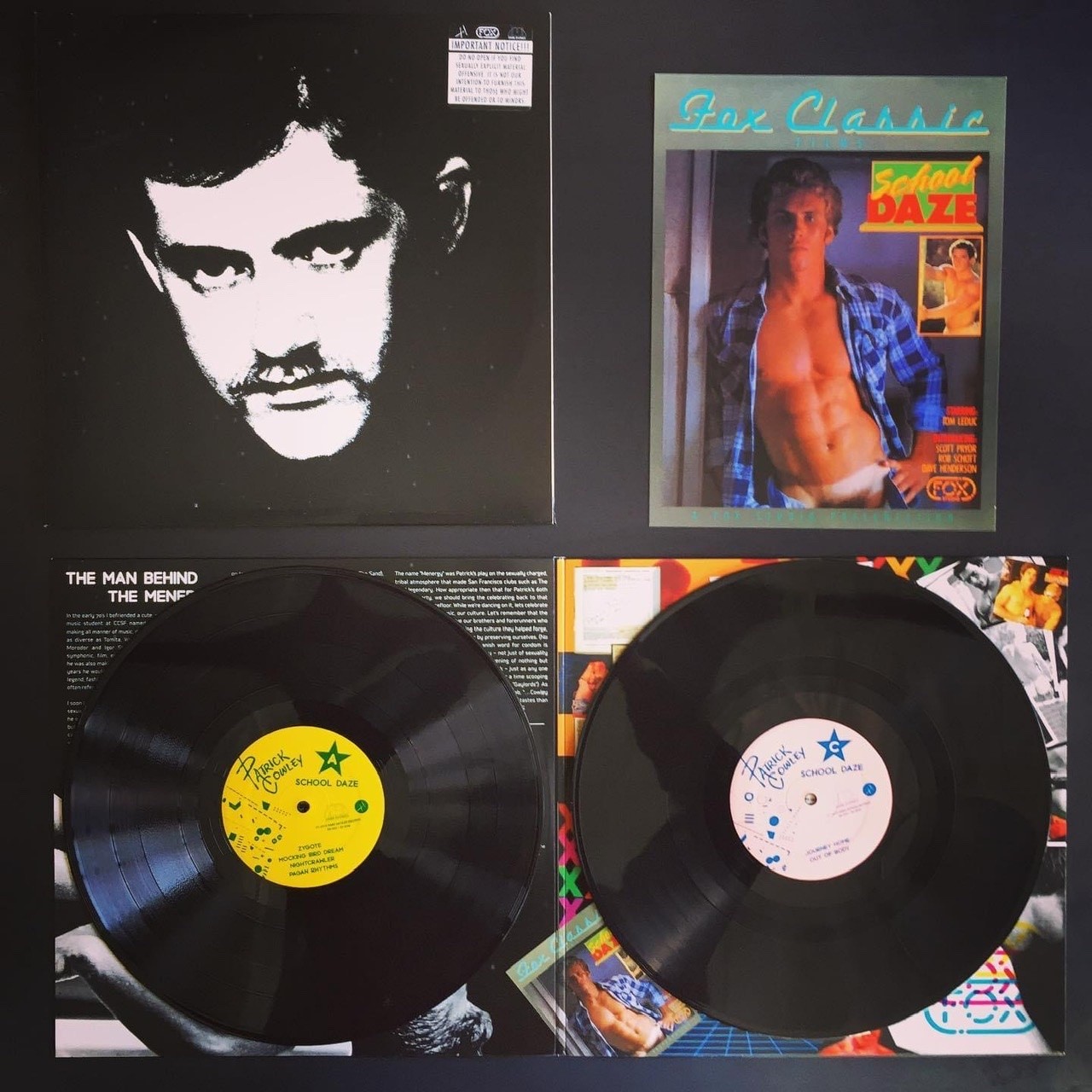 How the Lost Recordings of Patrick Cowley Were Finally Released
https://daily.bandcamp.com/features/patrick-cowley-feature 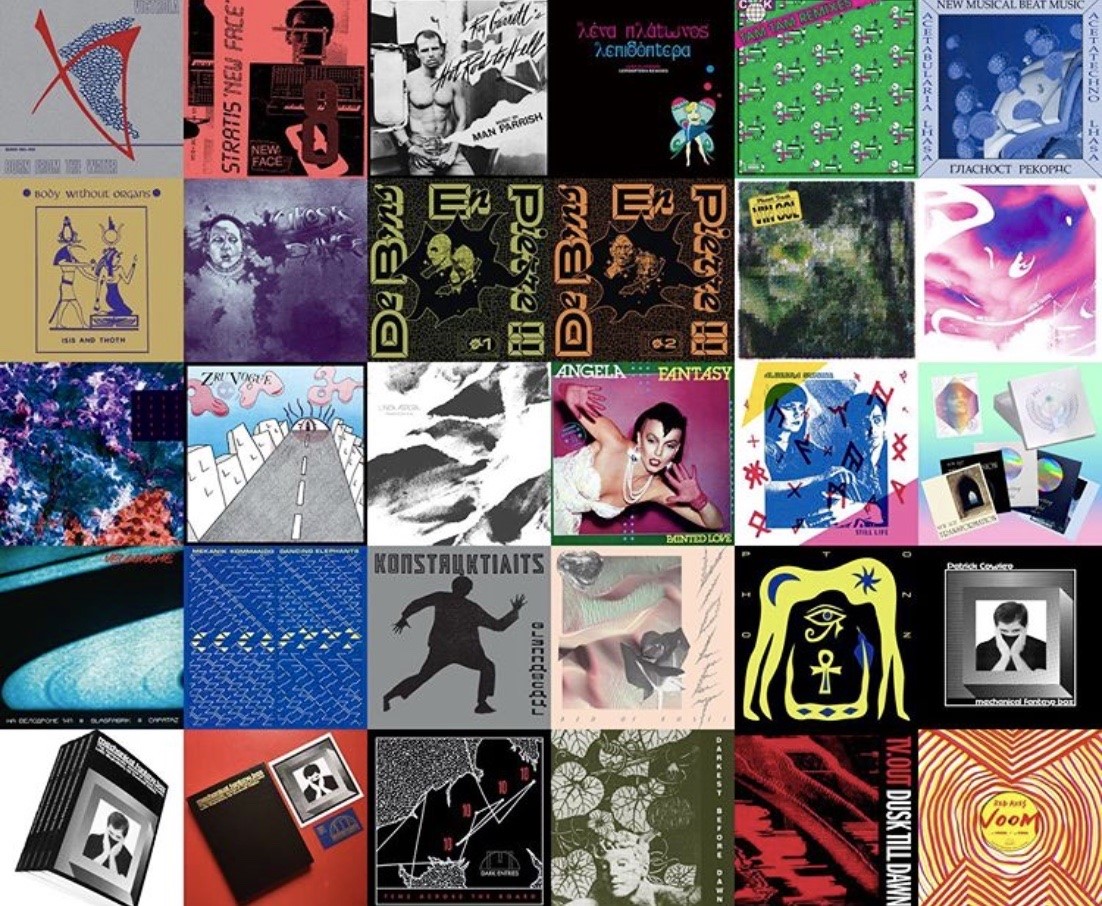 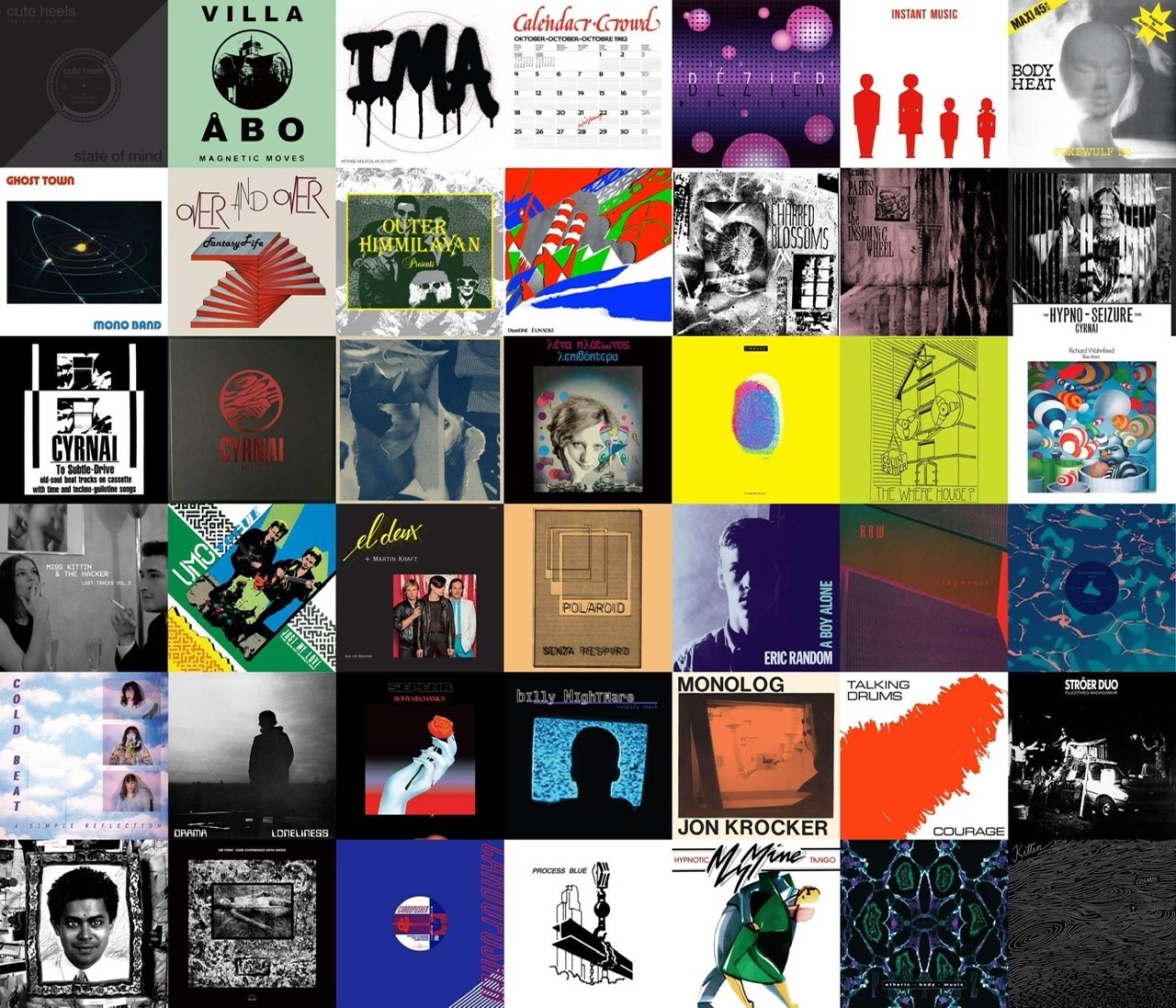 Drag queen band The Wasp women performing in a nightclub scene from the film “Whatever happened to Suzan Jane.” The song is on the Dark entries compilation “Bay area retrograde vol 1”

Borghesia is an 80’s favourite and is one of many European electronic acts who’s previous tape only releases are now available in digital as well as vinyl format.

A project from a member of the No wave band The Contortions. The song perfectly captures the dark and seedy vibe of downtown New York in the early 80’s. 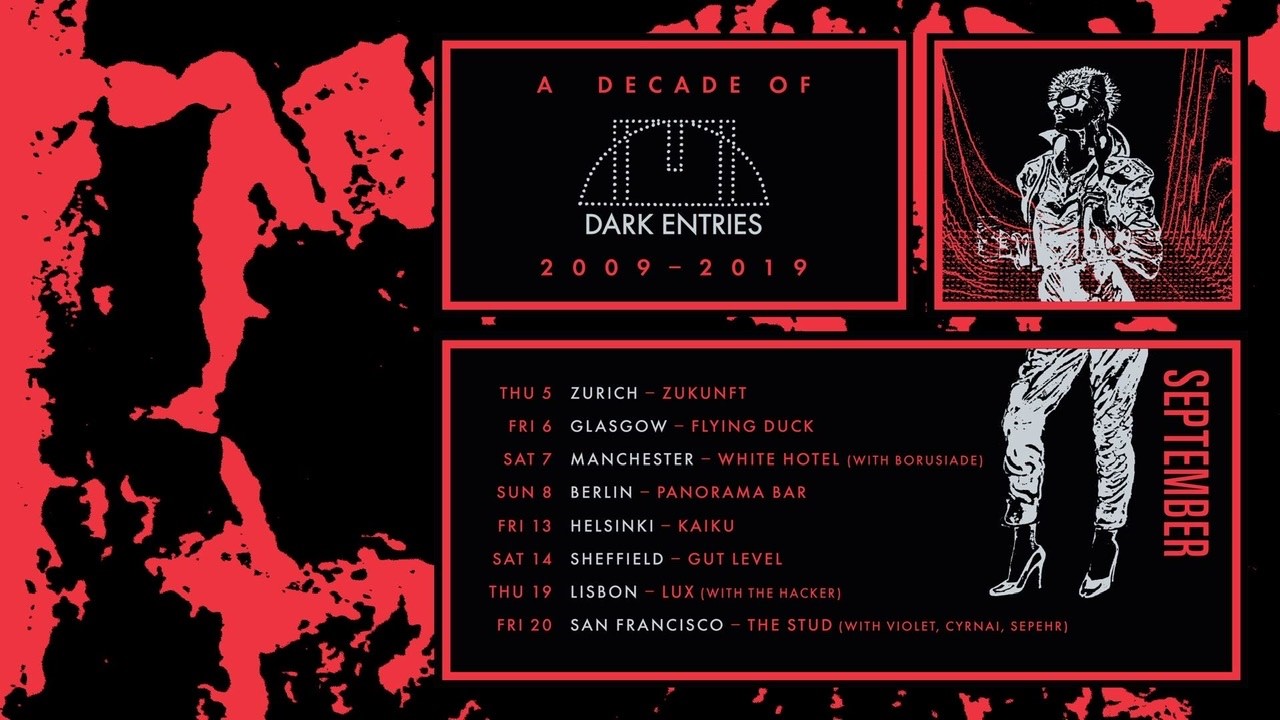 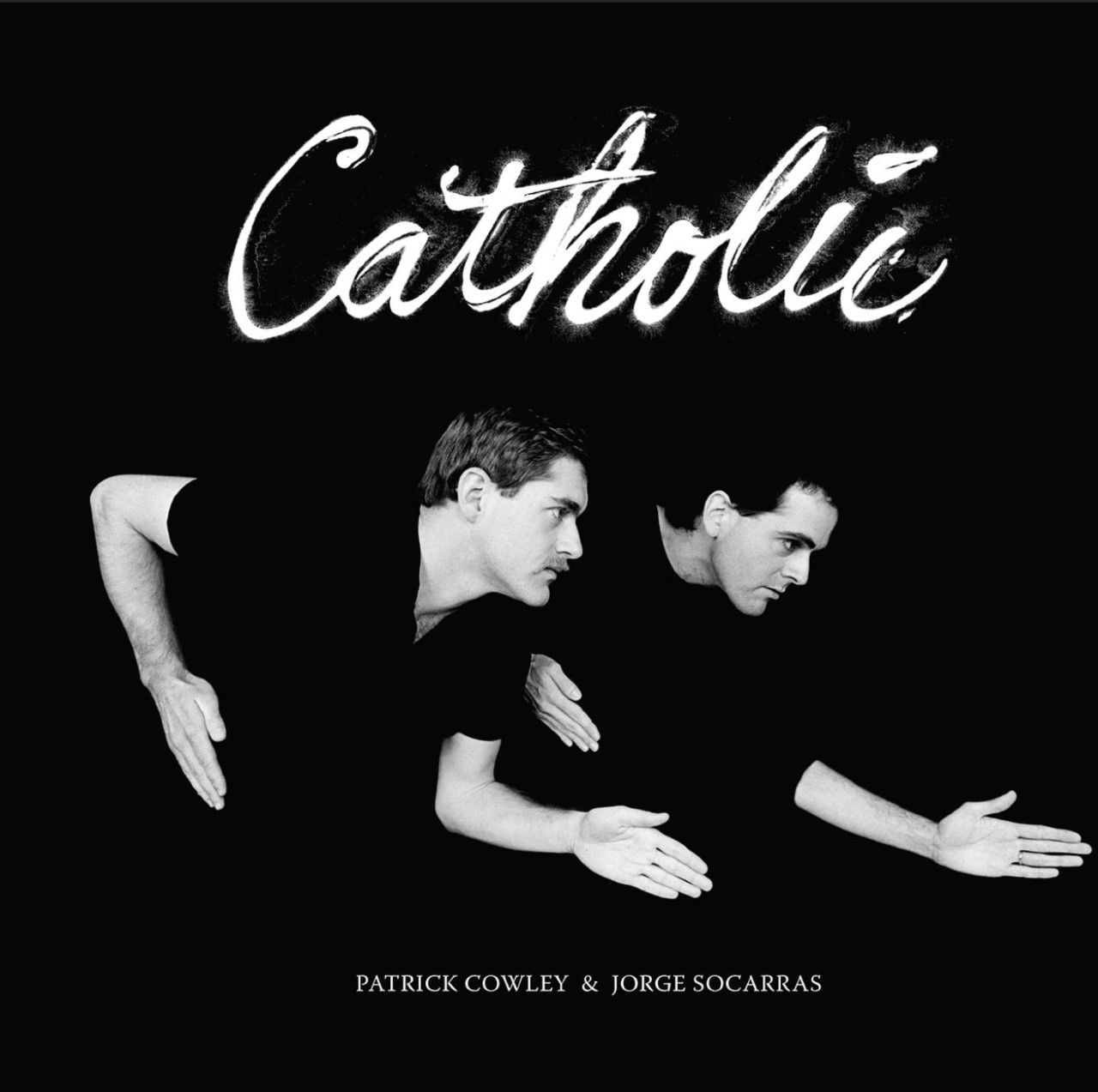 Patrick Cowley and Indoor life vocalist Jorge Socarras collaborated on music together between 1975 – 1979. The resulting album “Catholic” was rejected by Megatone records in 1980 and the two musicians continued with their separate successful careers. Eventually the reels of this long forgotten album were unearthed in the basement of a Megatone co-owner in Palm Springs and released in 2009. According to its bandcamp page “Catholic” is a genre-bending concept album that ranges from minimalistic proto-techno to synth-driven post-punk. 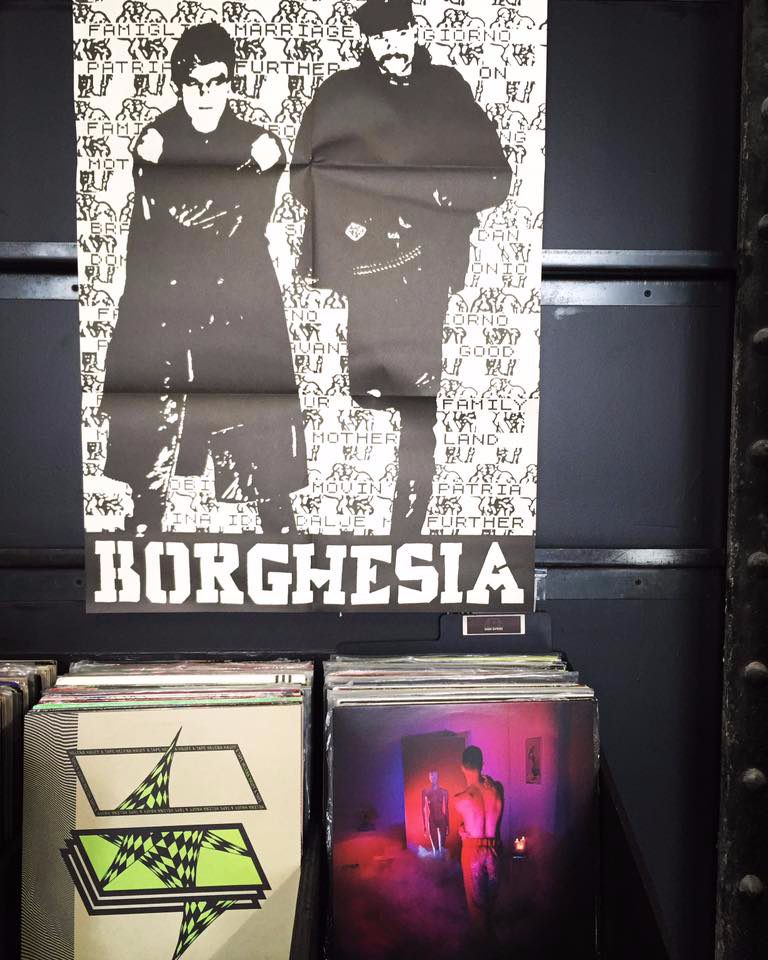 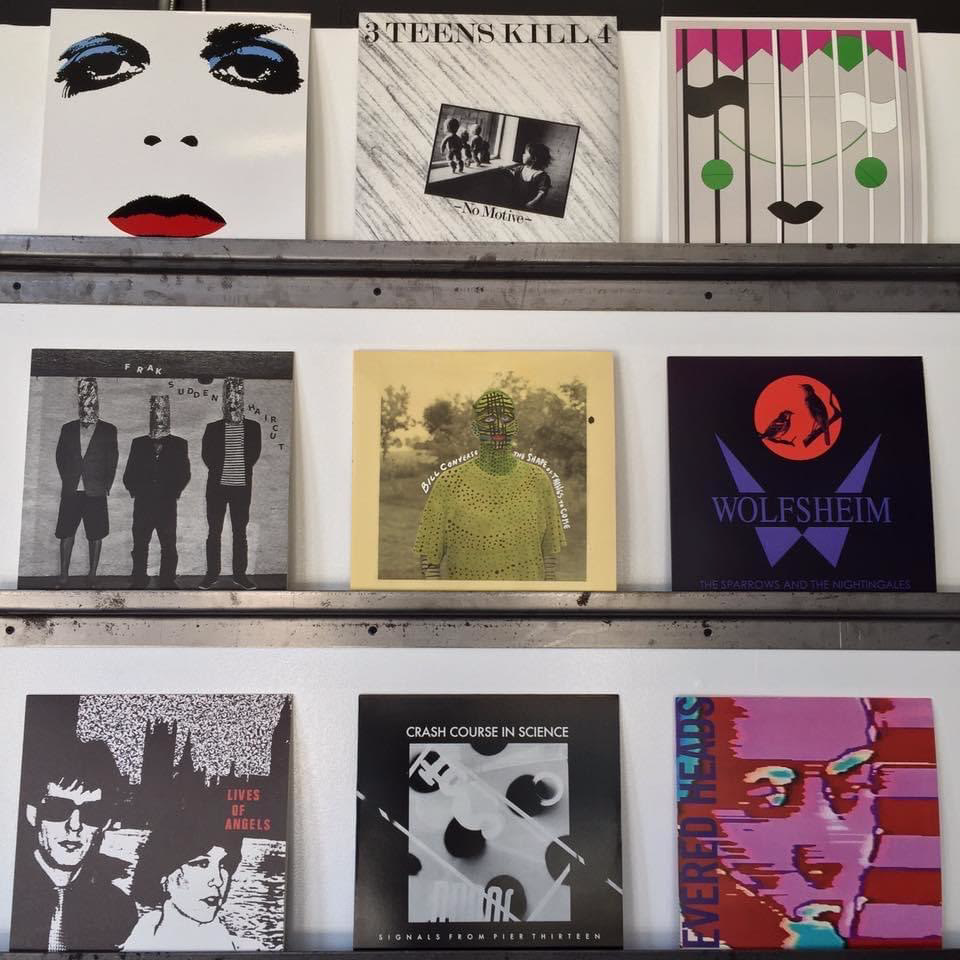 Phillipe Krootchey was a rapper, prominent radio and tv host aswell as gay activist. Dark entries re-issued his 1984 debut single “Qu’est c’qu’il a (d’plus que moi ce négro là?)” which translates as “What does he have that I havent, this negro?” The idea was to confront and subvert the racism that he as a french citizen had experienced. By taking on the words of a self-entitled and embittered white man, he is able to make fun of bigots and turn racism on its head. 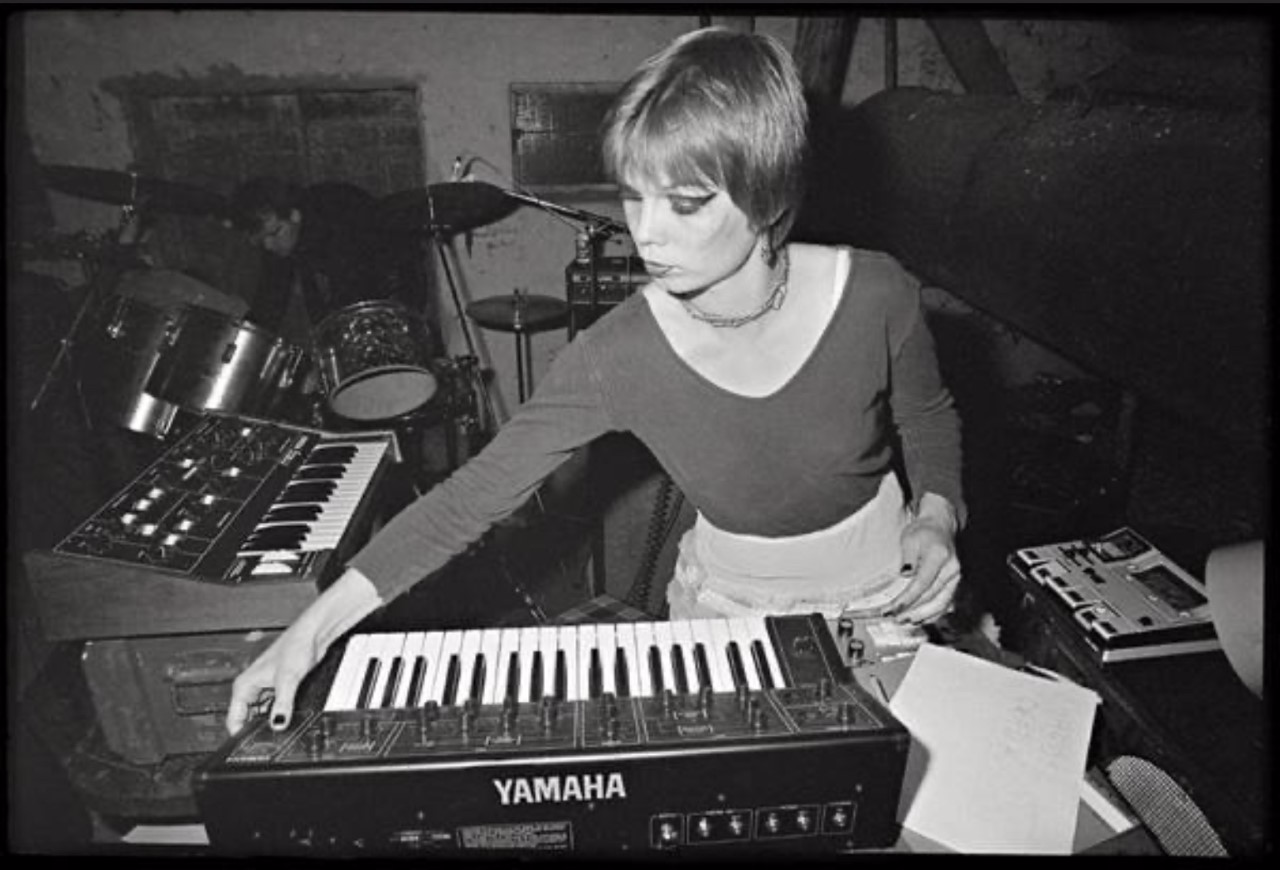 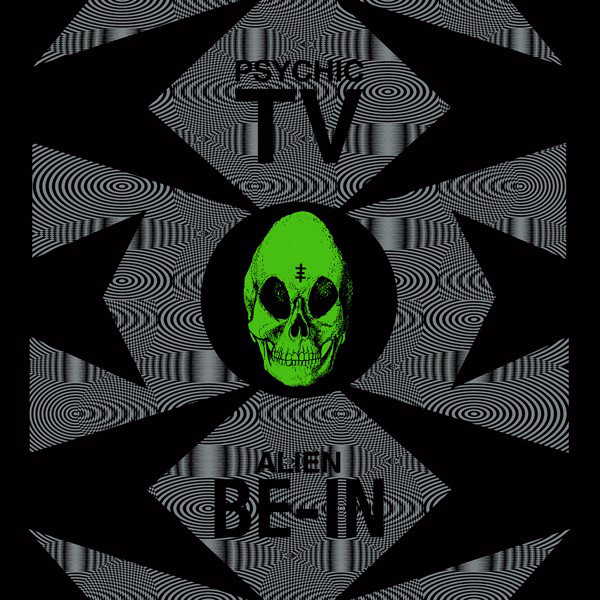 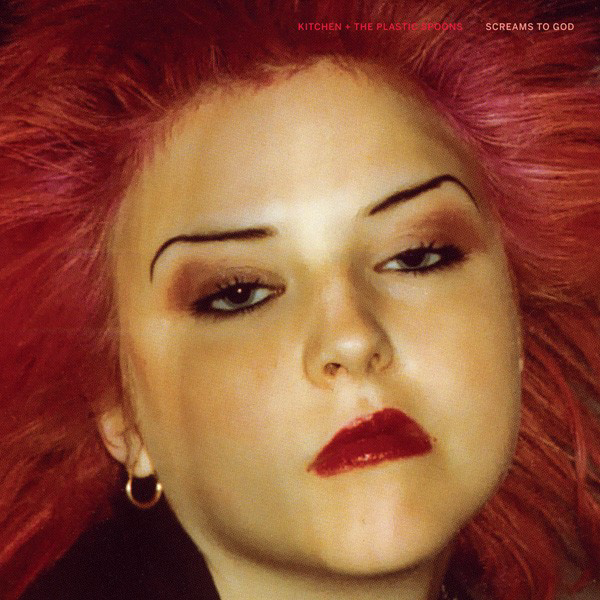 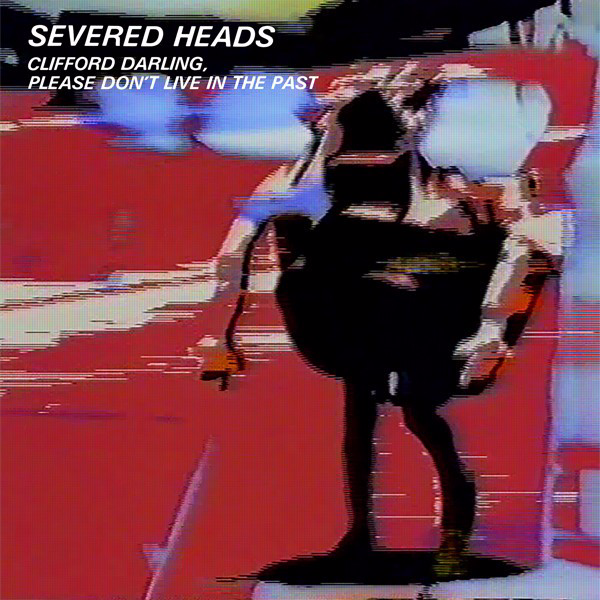 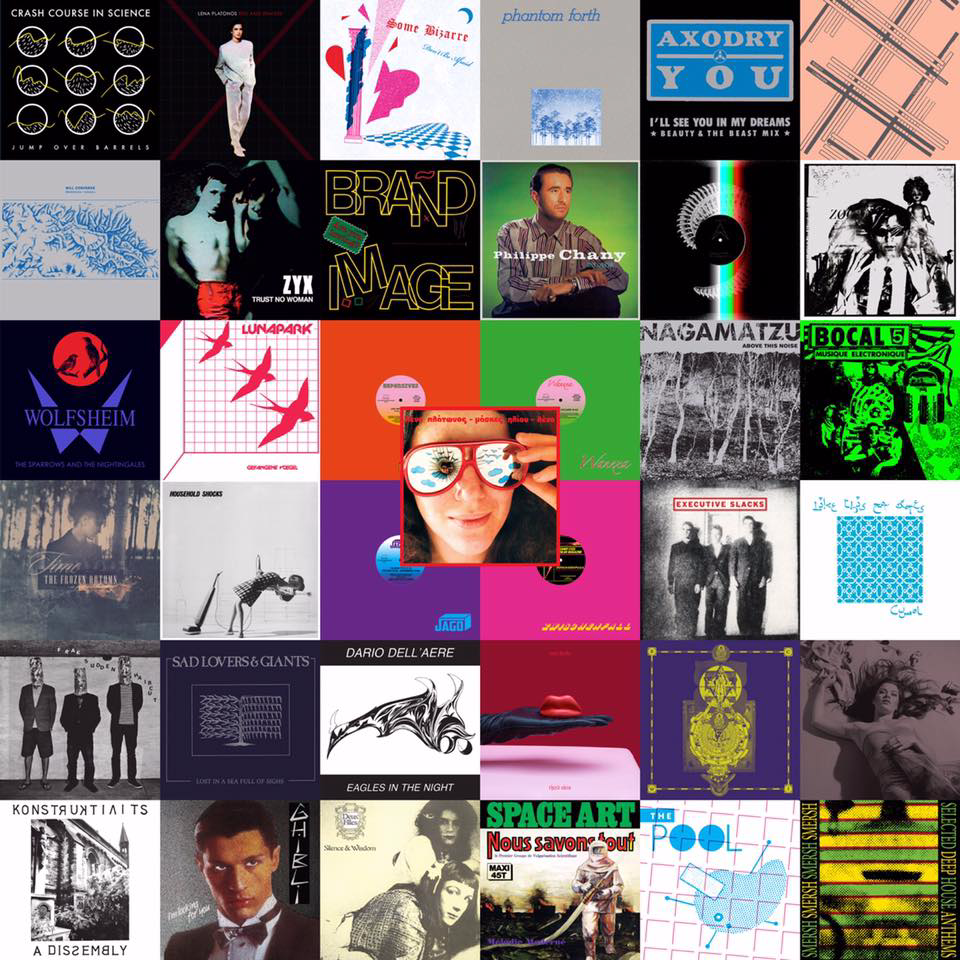 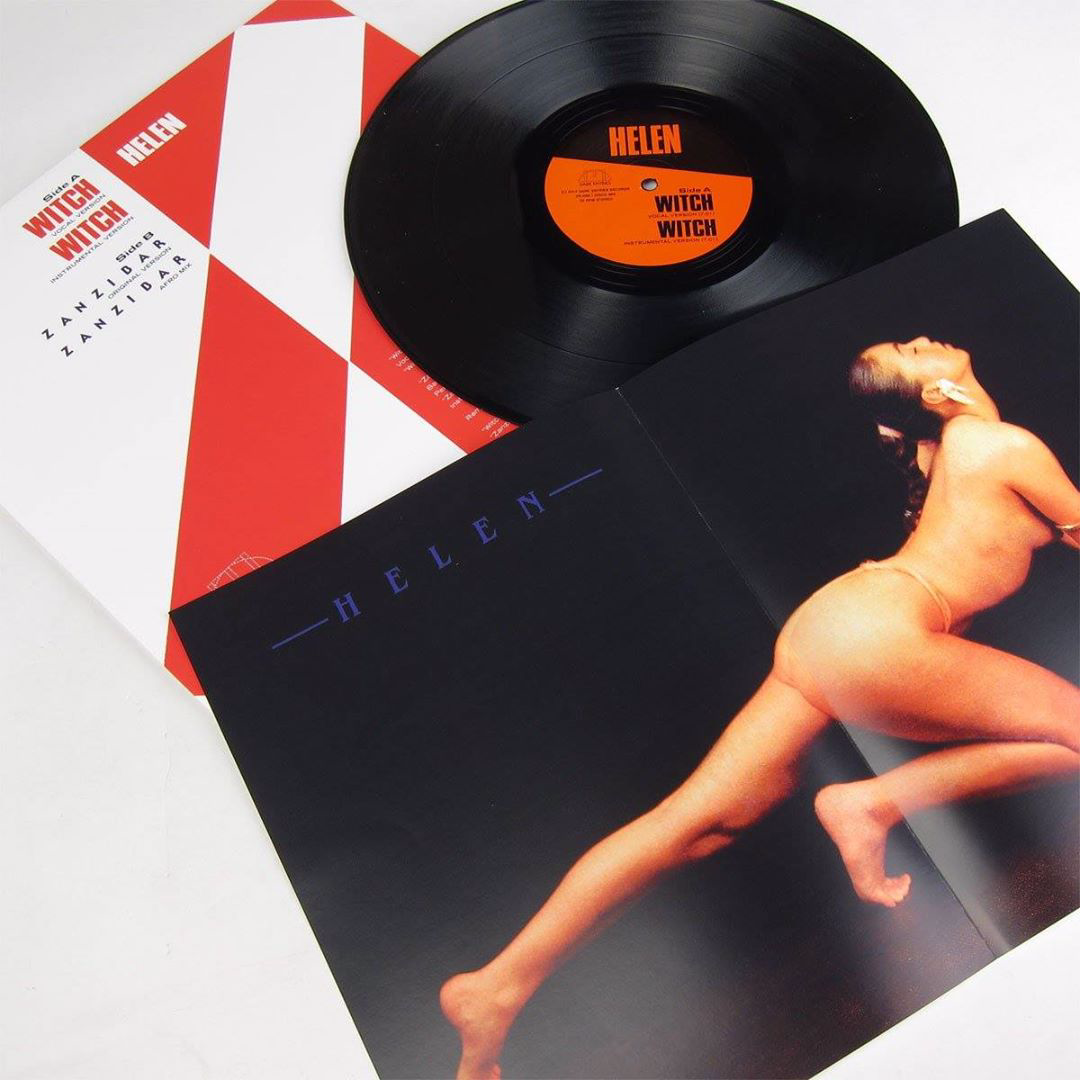 East Wall – Eyes of glass
An offshoot of the coldwave band Kirlian Camera, their Italo side-project has an appeal going way beyond 80s subcultural niches. The contemporary DJ Intergalactic Gary recently told the Resident Advisor website that it’s the only record to never leave his bag, while the Dark Entries reissue comes with liner notes by the renowned Italo authority Flemming Dalum. As for the music itself, singer Wilma Notari’s keening delivery tells of her complex emotions in a performance of seductive detachment.

Wanexa – The Man From Colours, 1982
A haunting, ethereal masterwork of early Italo. This production from the renowned pairing of Gianluigi “Gigi” Farina and Francesco Rago I consider to be up there with the duo’s very finest work. Hits of groundbreaking early 808 percussion announce the intro before spooky washes of synth apply balm to a vocal from Lyana Galis “seeking a man who brings colour to this grey world.” Dark Entries are to be commended for making a lyrics sheet to settle a few arguments but the song’s essential mysteries remain forever intact. An early favourite of house and techno DJs in Chicago and Detroit. MBV and Vaporwave were way behind the curve on this one.

Garrasco’s – Love Sex For Sale, 1986
Presented by Dark Entries as part of a 4-song EP of songs by Domenico Ricchini and Joe Garrasco, this late-period Italo was an epiphany for me when I first heard it back in 2004 on a recording of I-F’s DJ set at the Bootleg Cafe in Holland. Jimmy McFoy’s heartrending vocals alternate between English and French as he searches for love after a night of dancing underneath the moon. I remember being struck by the force and sincerity of his emotions, and the music retains its luminescent power still.

Dario Dell’Aere – Eagles In The Night, 1985
Another selection on this blog’s recent Italo tearjerkers playlist, the former Fockewulf 190 singer here delivers a haunting, impassioned vocal with backing on the chorus from his sister Nora Dell’Aere. Formerly a Holy Grail for many Italo collectors, the 8 minute playback of this record represents a sublime operatic fantasia.

Helen – Witch
A popular record yet always prohibitively expensive, “Witch” was eventually granted a lavish release via the Dark Entries reissue programme. The prolific Italo session vocalist Elena Ferretti tells the haunted tale of a witch and her magic, as producers Piero Cairo and Massimo Noe contribute a driving, forceful rhythm. “Witch” remains compelling today, shot through with all the strangeness marking out the best early Italo cuts.

Clay Pedrini – New Dream, 1984
The arpeggio-heavy bottom end combining with Clay’s wistful lyrics mark this one out as a classic. A fusion of analog keyboards and electronic trickery helps create the anthemic sound.

Flying DJ – Marilyn, 1985
Another highly-sought-after rarity. As previously featured on this blog’s Italo tearjerkers playlist, Marilyn is an emotionally devastating hymn to unrequited love. The song saunters along at a mournful 100 BPM and the Dark Entries repress happily features the original iconic cover art.

Big Ben Tribe – Tarzan Loves The Summer Nights, 1984
Dark Entries credits the vocal here as being Clara Moroni, although a number of Discogs comments would beg to differ. Whatever the story, there’s no denying the strange beauty of this song about a woman’s fantasy life with a muscular lover. The Tarzan-style vocal effects here may be silly but it’s a unique sound, thankfully rescued from obscurity by this lush reissue. 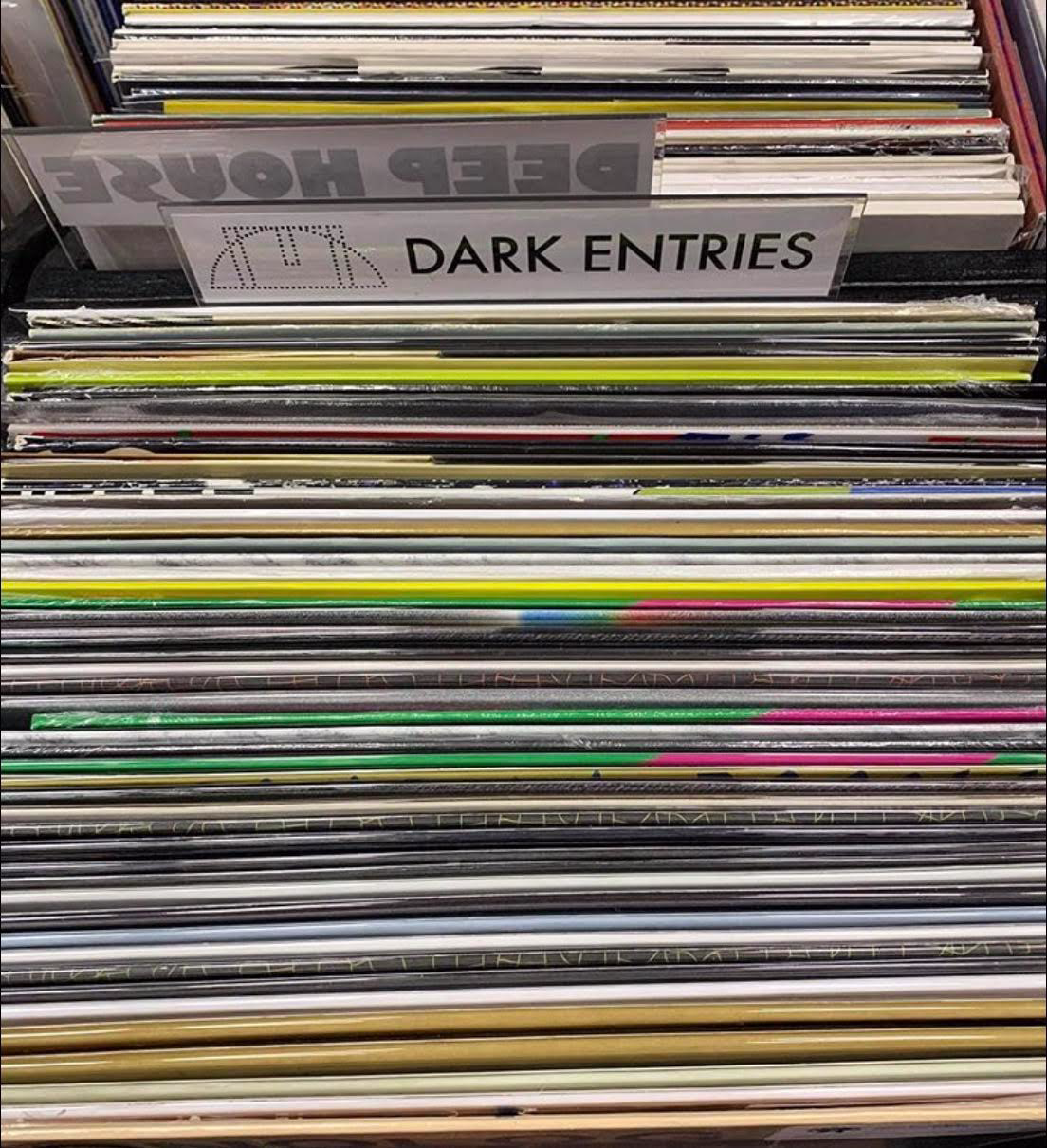 p.s. Hey. This weekend d.l. Ferdinand (with the assistance of d.l. Ben ‘_Black_Acrylic’ Robinson) has concocted a great overview and crate dig of the legendary Dark Entries label. Expect both enlightenment and a gyrating seated position until Monday. Thanks for your attention and for any words of acknowledgement you can type in Ferdinand’s and Ben’s direction, and thanks mightily to our masterful host(s)! ** Misanthrope, I also considered titling it ‘Smoking’, but I thought that might signal a sexiness that the post couldn’t fulfil. Well, unless one finds smoke sexy in and of itself, and I’ve run across some slaves and masters who think so, but not often. I feel for you on the interrupted sleep. Our temperature finally dropped, so I’m somewhat bushy tailed. Enjoy the wine. And what it inspires. ** David Ehrenstein, ‘A gay softcore porn “One From the Heart”’ is a very good description of that film. Never met Huppert, no. Almost a couple of times. Happy/sad about your magical mirror. ** Sypha, Hi, James. I did like The Darkness’s first album. It was very funny. They totally lost it immediately after. I still love one song on that album — ‘Take Your Hands Off My Woman, Motherfucker’ — enough that I spin it every couple of months. ** _Black_Acrylic, If I was a very different sort of writer/person, I think going to Russia and tracking those ex-twink porn stars down if possible, and interviewing them, etc. would make for a totally fascinating and probably very depressing book. Dude, totally do whatever’s necessary to do that lockdown show! That’s a great idea! Did you sort it? ** chris dankland, Hi, Chris! Back in the days when I was kind of obsessed with Russian porn, and when it was popular — it has completely disappeared now for reasons unknown — I spent much time trying to figure out why it was the way it was. Did its depressive quality indicate a general Russian attitude about how depicted porn should come off? Was there some kind of overall calculation involved, i.e. creating a porn niche of grimness to stand out? Was everyone involved in making it from the performers to the makers just blatantly doing it out of a desperate need for money? Were the boys visibly miserable and were the settings almost always depressing, ugly cheap apartments by accident or was there a self-consciousness involved? Because asking a porn performer to look like he’s into it is a pretty normal approach. There were mysteries and seeming tragedies and so on there galore that I found really riveting. But, yeah, the whole genre just died out suddenly. Very strange. Thank you about the Smokes post. I don’t think I know about that cult. Curious. I’ll do a hunt. For the vast majority of the quarantine, there was no food delivery. I never partook. I cook, err, microwave food and eat at home about 97% of the time, I think. In fact, I’ve never had food delivered ever here, I don’t know why. I guess for the same unknown reason that I’ve never even considered getting an Uber account. My morning is not ruined by steaming hot weather, so it’s starting pretty damned well. How was your … well, weekend? xo ** cal, Hi, cal. That mesh of things does sound kind of magical. Huh. And I’m all for your study of film watching context, needless to say. Your brain seems to be in very good shape. Oh, cool, I’ll go read your thing today. Thanks! And … Everyone, Please read the following words from d.l. Cal Graves and consider doing what he asks/suggests, yes? Should be a win/win. Thank you. Cal: ‘I did this sorta experimental review for a Kate Bush album (Editor’s note: ‘Hounds of Love’) and I’d love you hear yours or anybody on here’s thoughts on it.’ Paris has cooled down. It won’t last, this being summer, urgh, but I’m cool for now. How is your summer starting? ** Steve Erickson, Hi. Everyone, Mr. Erickson has interviewed the excellent experimental filmmaking duo Daniel & Clara for kinoscope right here. Bigly recommended! Thank you for the report on the Munch. I’ll def. try to see it. I doubt it’ll open here, although it could be that the French are more appreciative of his films like they can be about American auteurs that Americans insufficiently appreciate. Wouldn’t shock me. I’ll try ‘ZBH’ again. It’s true his 80s were pretty much a non-stop meh fest. ** Bill, Have a most lovely weekend as much as circumstances allow and ideally transcending them! ** Okay. Your weekend is all introduced and ready for you. Please indulge heavily. Thank you. See you on Monday.