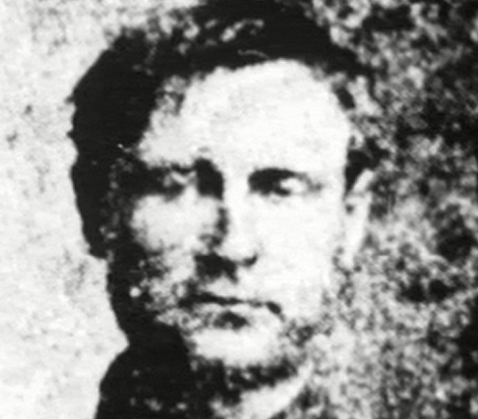 ‘Elmer McCurdy was born on January 1, 1880. He was the son of 17-year-old Sadie McCurdy who was unmarried at the time of his birth. The identity of McCurdy’s father is unknown; one possibility is Sadie’s cousin, Charles Smith. Sadie eventually told her son that she was unsure of who his biological father was. The news disturbed McCurdy who grew resentful and became “unruly and rebellious”. As a teenager, he began drinking heavily, a habit he would continue throughout his life. 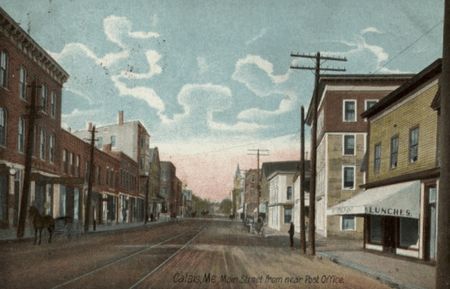 ‘In August 1900, McCurdy’s mother died of a ruptured ulcer. His grandfather died of Bright’s disease the following month. Shortly after his grandfather’s death, McCurdy left Maine and began drifting around the eastern United States where he worked as a lead miner and plumber. He was unable to hold a job for an extended period due to his alcoholism.

‘In 1907, McCurdy joined the United States Army. Assigned to Fort Leavenworth, McCurdy was a machine gun operator and was trained to use nitroglycerin for demolition purposes. On November 19, McCurdy and a friend were arrested for possessing burglary paraphernalia (chisels, hacksaws, funnels for nitroglycerin and gunpowder and money sacks). During their arraignment, McCurdy and his friend told the judge the tools were not intended for burglary purposes but were tools they needed to work on a foot operated machine gun they were inventing. 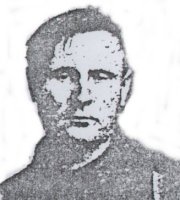 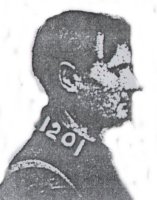 ‘McCurdy decided to incorporate his training with nitroglycerin into his robberies. This often caused problems as he was overzealous and failed to correctly determine the proper amount to use. In March 1911, McCurdy and three other men decided to rob the Iron Mountain-Missouri Pacific train after McCurdy heard that one of the cars contained a safe with $4,000. They successfully stopped the train and located the safe. McCurdy then put nitroglycerin on the safe’s door to open it but used too much. The safe was destroyed in the blast as was the majority of the money.

‘In September 1911, McCurdy and two other men robbed The Citizens Bank in Chautauqua, Kansas. After spending two hours breaking through the bank wall with a hammer, McCurdy placed a nitroglycerin charge around the door of the bank’s outer vault. The blast blew the vault door through the bank destroying the interior, but did not damage the safe inside the vault. McCurdy then tried to blow the safe door open with nitroglycerin but the charge failed to ignite. McCurdy and his accomplices stole about $150 in coins that were in a tray outside the safe and fled. He stayed in a hayshed on the property of a friend for the next few weeks and drank heavily. 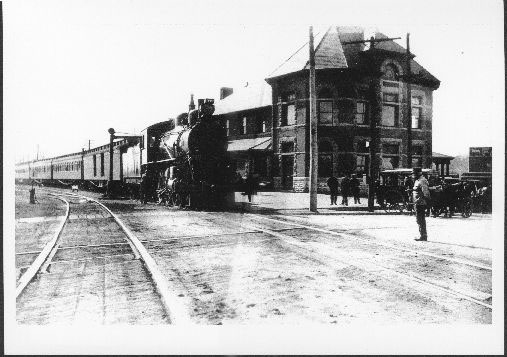 ‘McCurdy’s final robbery took place on October 4, 1911 near Okesa, Oklahoma. McCurdy and two accomplices planned to rob a Katy Train after hearing that it contained $400,000 in cash that was intended as royalty payment to the Osage Nation. However, McCurdy and the men mistakenly stopped a passenger train instead. The men were able to steal only $46 from the mail clerk, two demijohns of whiskey, an automatic revolver, a coat and the train conductor’s watch. A newspaper account of the robbery later called it “one of the smallest in the history of train robbery.”

‘In the early morning hours of October 7, a posse of three sheriffs, brothers Bob and Stringer Fenton and Dick Wallace, tracked McCurdy to the hayshed using bloodhounds. McCurdy was killed by single gunshot wound to the chest which he sustained while lying down. McCurdy’s body was subsequently taken to the Johnson Funeral Home in Pawhuska, Oklahoma. The undertaker embalmed the body with an arsenic-based preservative which was typically used in embalming in that era to preserve a body for a long period when no next of kin were known.

‘As McCurdy lay unclaimed, the undertaker decided to exhibit McCurdy to make money. He dressed the corpse in street clothes, placed a rifle in the hands and stood it up in the corner of the funeral home. For a nickel, Johnson allowed visitors to see “The Bandit Who Wouldn’t Give Up”. “The Bandit” became a popular attraction at the funeral home and attracted the attention of carnival promoters. On October 6, 1916, a man calling himself “Aver” contacted Johnson claiming to be Elmer McCurdy’s long lost brother from California. He was in fact James Patterson, the owner of the Great Patterson Carnival Shows, a traveling carnival. McCurdy’s corpse would be featured in Patterson’s traveling carnival as “The Outlaw Who Would Never Be Captured Alive”, until 1922 when Patterson sold his operation to Louis Sonney. 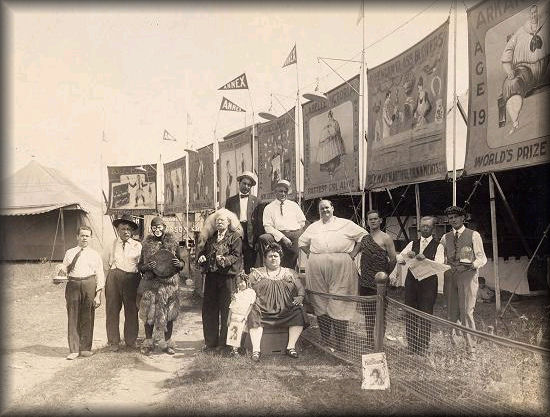 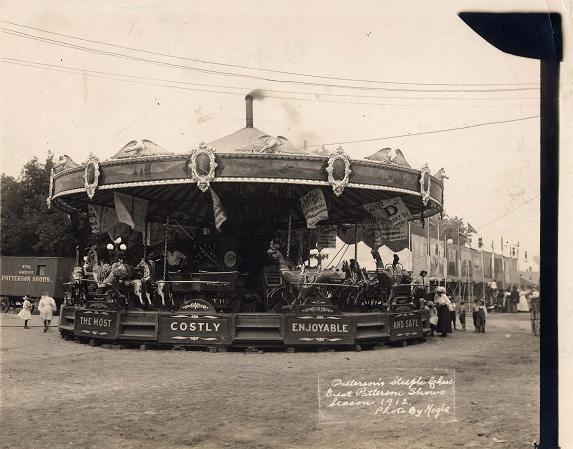 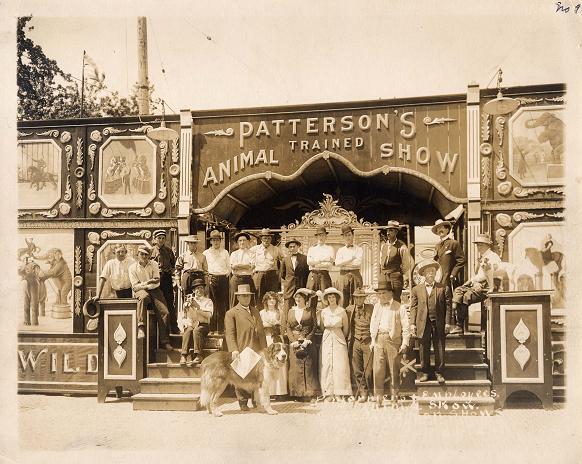 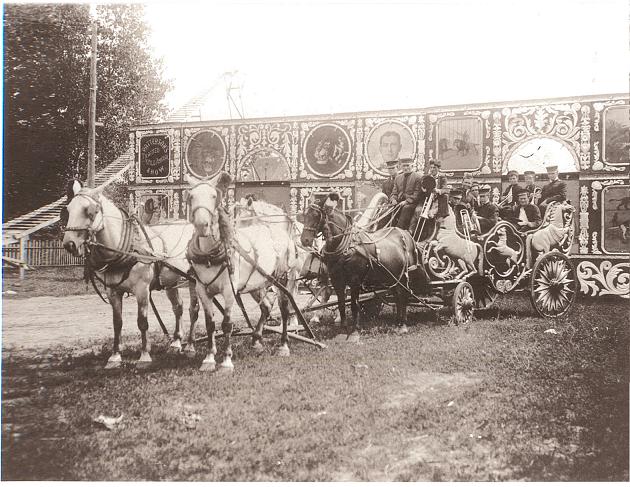 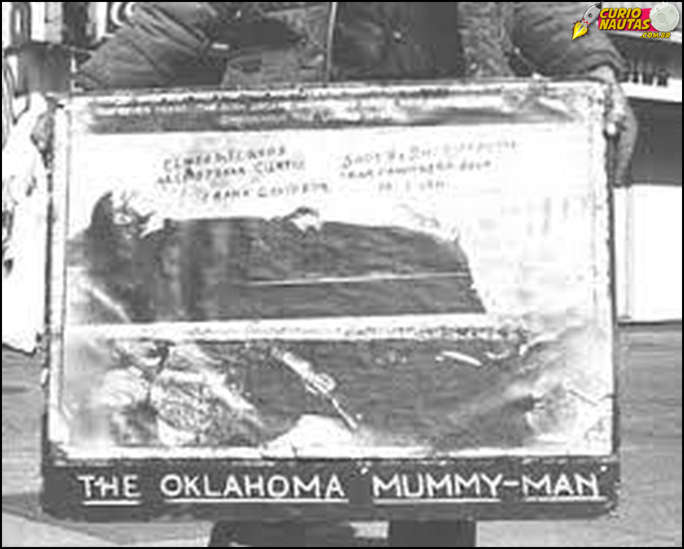 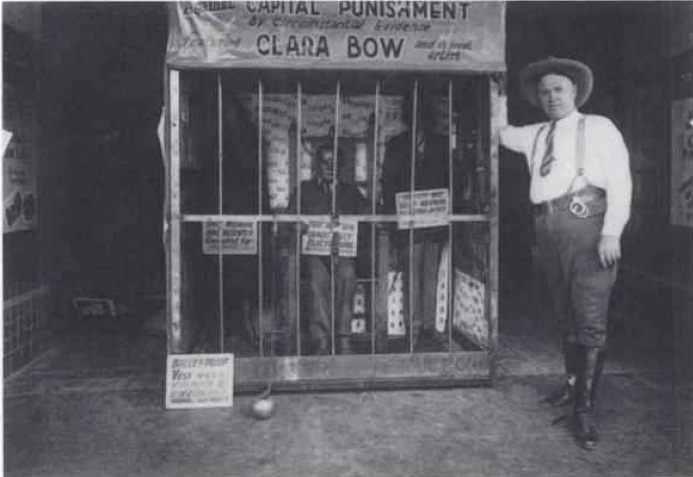 ‘In 1933, McCurdy’s corpse was acquired for a time by director Dwain Esper to promote his exploitation film Narcotic!. The corpse was placed in the lobby of theaters as a “dead dope fiend” whom Esper claimed had killed himself while surrounded by police after he had robbed a drug store to support his habit. By this time, the skin on McCurdy’s body had shriveled and hardened and reduced the size to that of a child’s. Esper pointed out the skin’s deterioration as proof of the supposed dope fiend’s drug abuse. 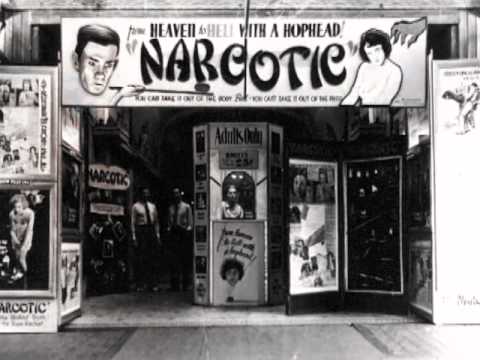 ‘In 1964, Sonney’s son Dan lent the corpse to filmmaker David F. Friedman. It eventually made a brief appearance in Friedman’s 1967 film She Freak. 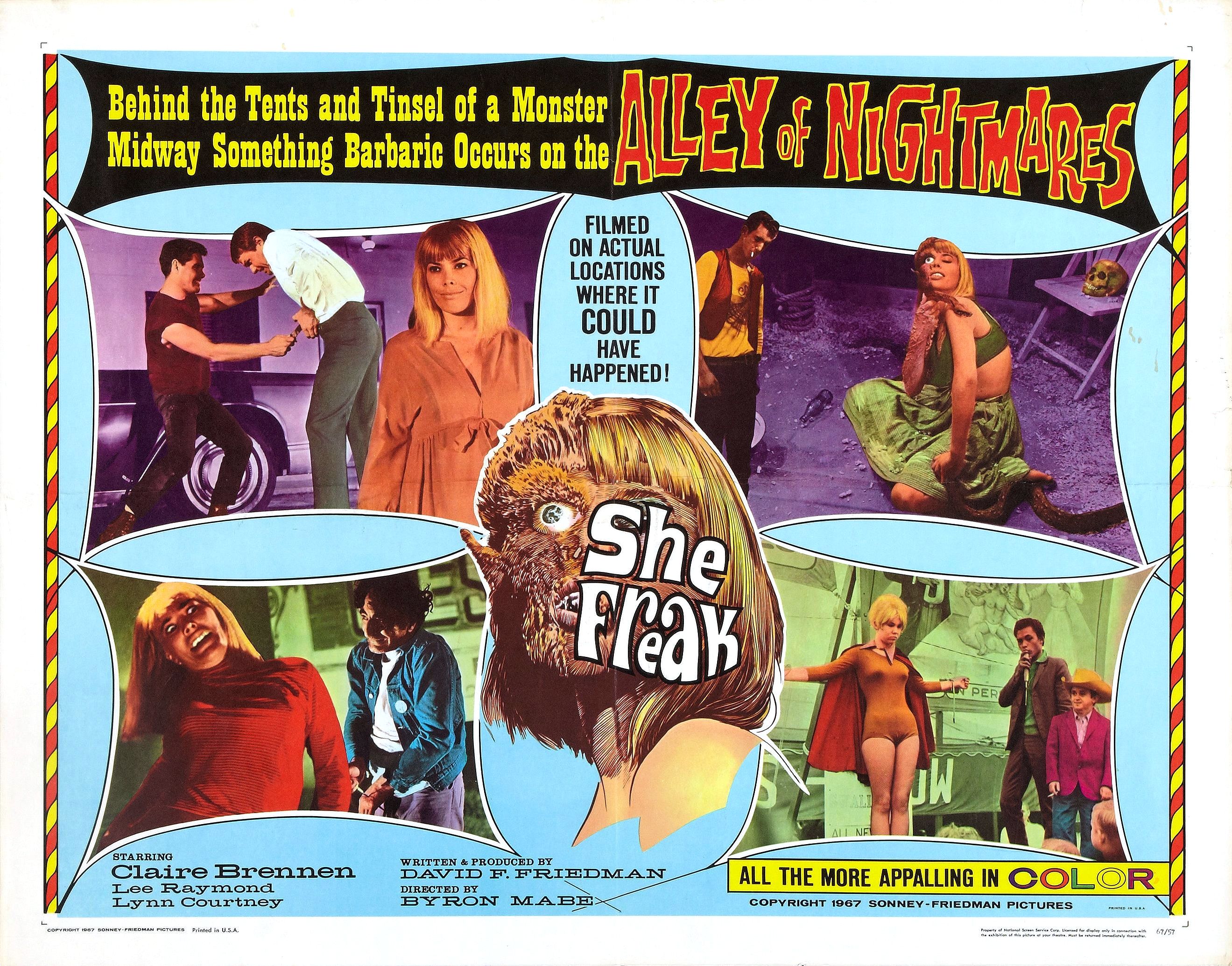 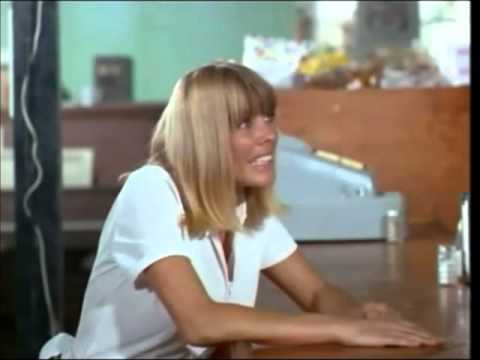 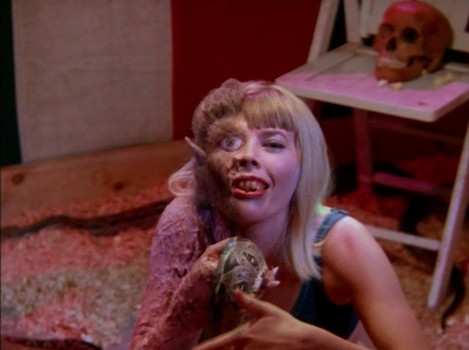 ‘In 1968, Dan Sonney sold the body along with other wax figures for $10,000 to Spoony Singh, the owner of the Hollywood Wax Museum. 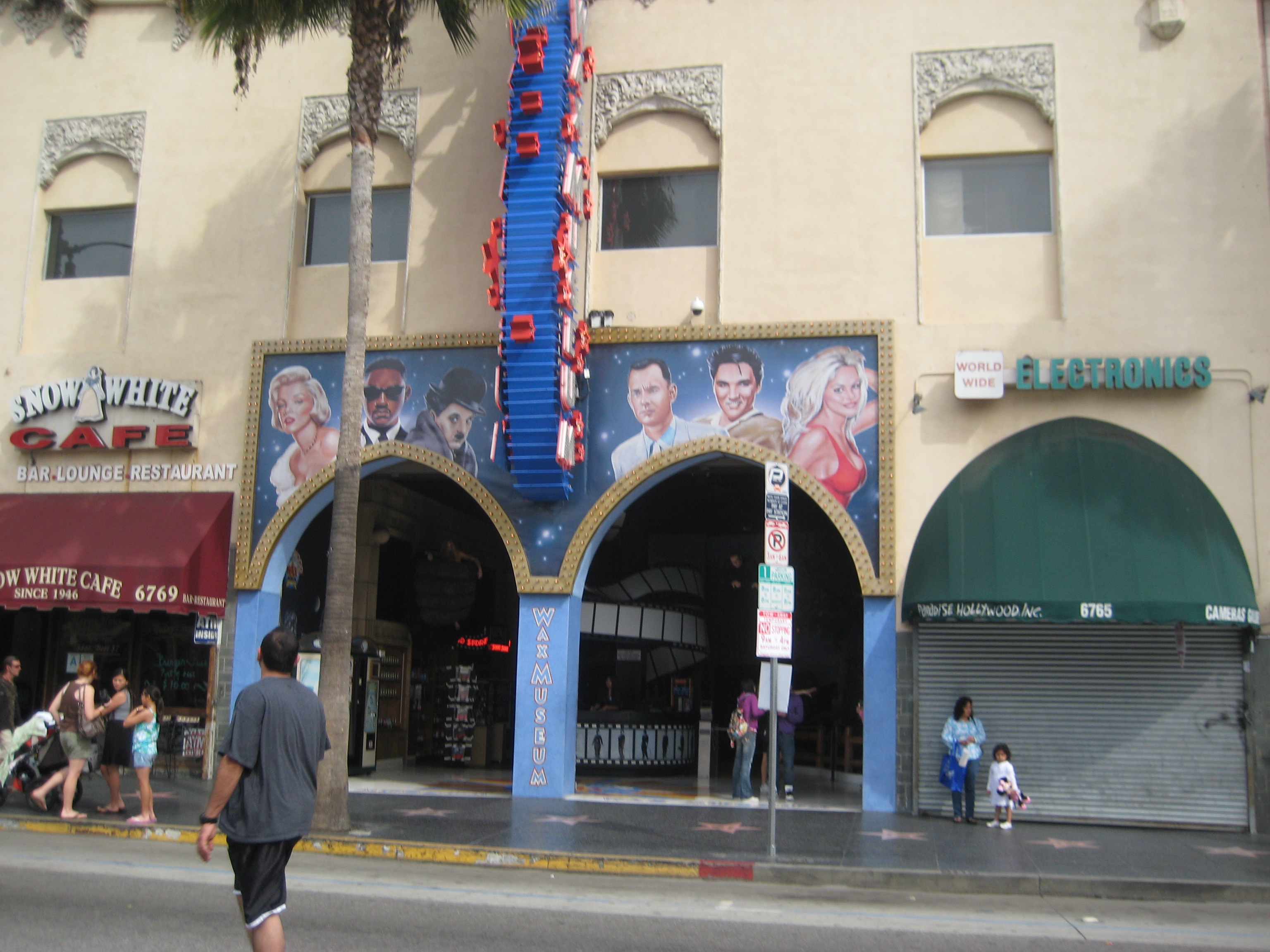 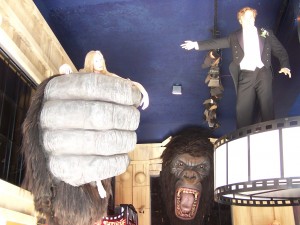 ‘While being exhibited there, the corpse sustained some damage in a windstorm; the tips of his ears along with fingers and toes were blown off. The men eventually returned McCurdy back to Singh who decided that the corpse looked “too gruesome” and not life-like enough to exhibit. 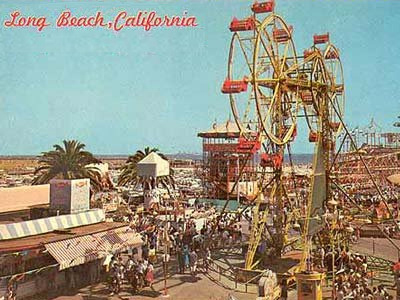 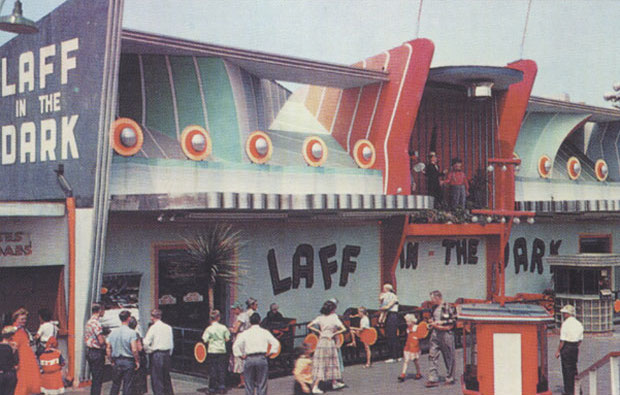 ‘Singh then sold it to Ed Liersch, part owner of The Pike, an amusement zone in Long Beach, California. By 1976, McCurdy’s corpse was hanging in the “Laff In the Dark” funhouse exhibition at The Pike. 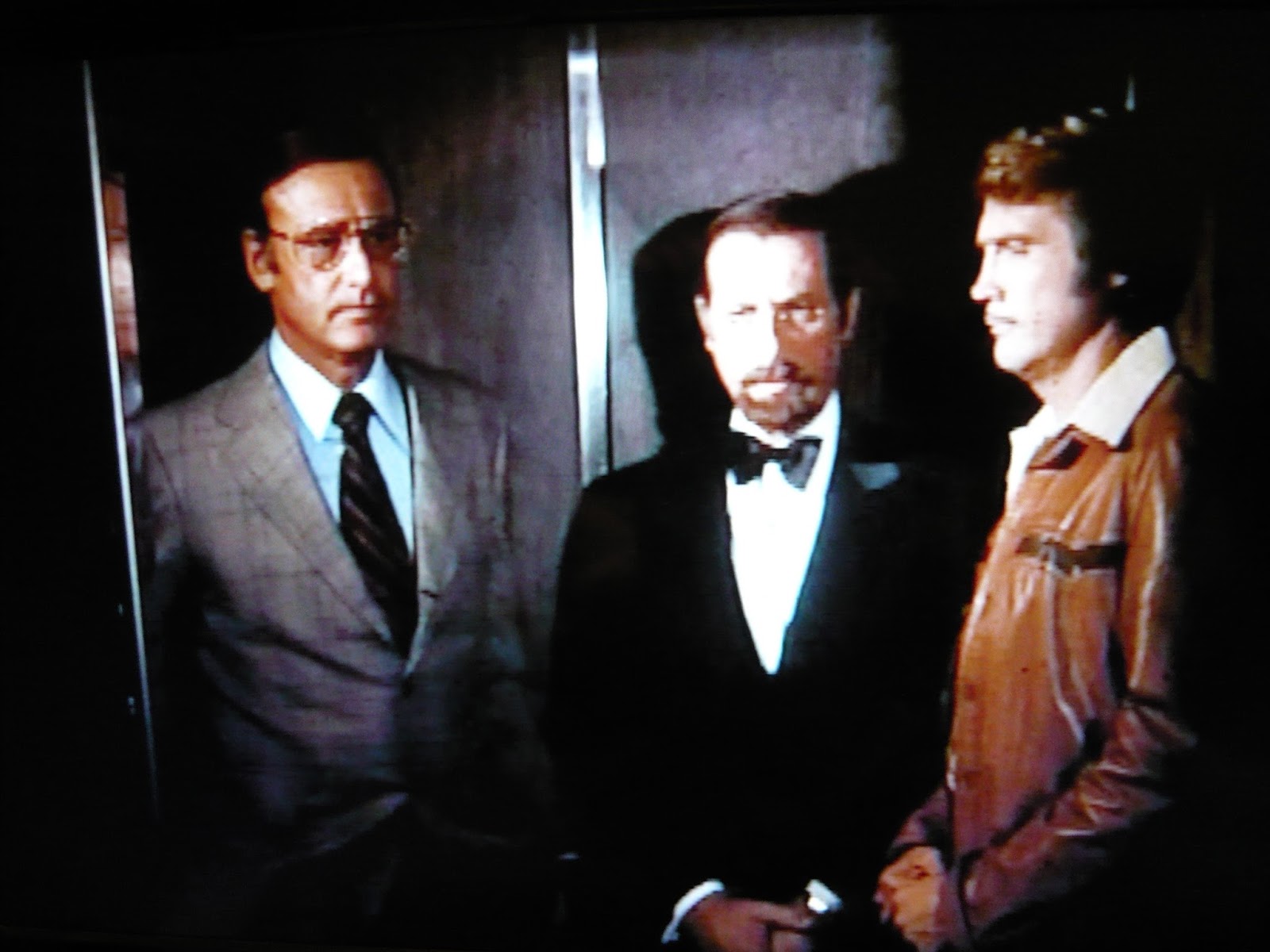 ‘On December 8, 1976, the production crew of the television show The Six Million Dollar Man were filming scenes for the “Carnival of Spies” episode at The Pike. During the shoot, a prop man moved what was thought to be a wax mannequin that was hanging from a gallows. When the mannequin’s arm broke off, a human bone and muscle tissue were visible. 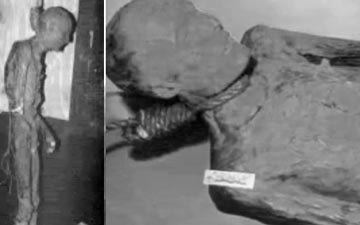 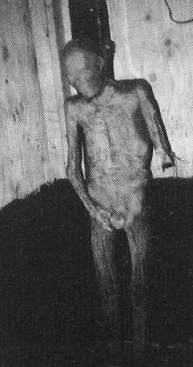 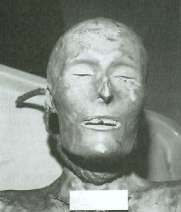 ‘On December 9, Dr. Joseph Choi conducted an autopsy and determined that the body was that of a human male who had died of a gunshot wound to the chest. The body was completely petrified, covered in wax and had been covered with layers of phosphorus paint. It weighed approximately 50 pounds and was 63 inches in height. Some hair was still visible on the sides and back of the head while the ears, big toes and fingers were missing.

‘On April 22, 1977, a funeral procession was conducted to transport McCurdy to the Boot Hill section of the Summit View Cemetery in Guthrie, Oklahoma. A graveside service attended by approximately 300 people was conducted after which McCurdy was buried next to another outlaw, Bill Doolin. To ensure that McCurdy’s body would not be stolen, two feet of concrete was poured over the casket.’ — collaged 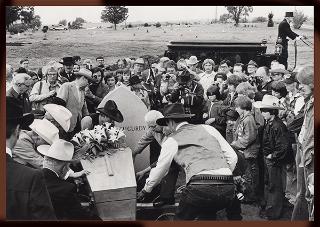 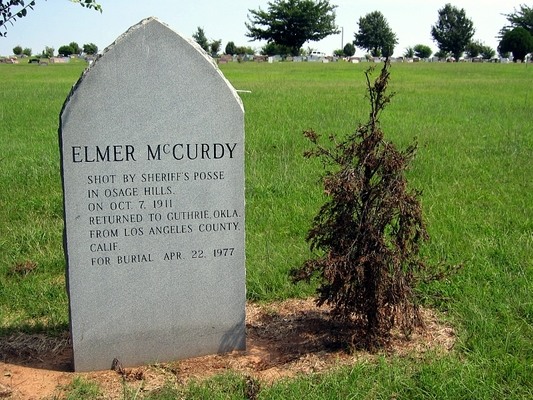