Happy birthday to me: My 60-something all time favorite songs (as of today) with youtube presence, playable and in no order

Tobin Sprout To My Beloved Martha

Wire From the Nursery

Ramones I Don’t Wanna Go Down To The Basement

The Shangri-Las Past, Present And Future

Andy Pratt Inside Me Wants Out

Kurt Weill/Bertolt Brecht Song of the Insufficiency of Human Endeavor 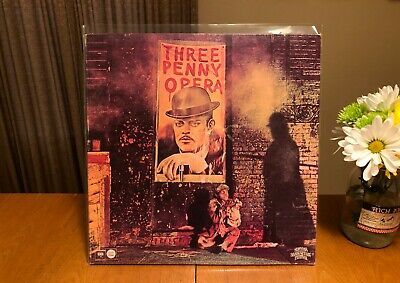 The Rolling Stones We Love You

The Jesus And Mary Chain Some Candy Talking

The Melvins Joan of Arc

New Pornographers Use It

Cat Power Nude as the News

The Left Banke She May Call You Up Tonight

ABBA Knowing Me, Knowing You

Magazine The Light Pours Out of Me

The Flaming Lips The Spiderbite Song

Sebadoh As the World Dies, the Eyes of God Grow Bigger

Dwight Twilley Looking for the Magic

Echo And The Bunnymen Over The Wall

Van Dyke Parks The All Golden

S.O.S. Band Just Be Good to Me

My Bloody Valentine Cigarette in Your Bed

Mad River The War Goes On

Blink-182 Stay Together For The Kids

Gang of Four I Found That Essence Rare

p.s. Hey. Traditionally, when my birthday comes around, I use the blog as a place to self-indulge. Sometimes I’ve foisted big posts about my heroes like Bresson or Robert Pollard on you, and sometimes I’ve done what I’m doing today — go through my favorite all-time songs list, update it, check to see which ones have video presence, and make a post. Not sure what I expect you do do with it, but there are some awfully great songs up there, and I suppose they’re a way to for you look into my psyche and soul or something, if you’re curious. Anyway, somehow enjoy? ** David Ehrenstein, Buches should be so lucky, ha ha. ** David, Hi. I like fireworks, but I always find they’re always huge disappointments relative to their glorious packaging. Well, from what I’ve seen, Madonna’s son’s paintings are sub-high school art class incompetent crap, and charging $20,000+ a pop for them is kind of asking for abuse maybe? But, hey, rescue him. I’m sure it would him and his ‘art’ a world of good. ** Dominik, Hi!!! Yeah, after reading the description of ‘Deadly Dentists’, I decided to leave it safely in my imagination. Could be the premise of a cool cheap horror/slasher film though. Your love worked, I think, since an appropriate restaurant has been found, and tonight I’m gorging! Love replacing Harry Styles ‘internal organs with macaroni & cheese, G. ** Bill, I love fireworks too, but they’re like porn films. They could and should be more … something. Ooh, nice, about that firework from your childhood. That sounds like an exception to my above mentioned gripe. Yeah, excited avoid the Buttholes doc. That could be wild. Happy day, sir. ** l@rst, Hi. No, I never quit smoking. No doubt I should have and should still, but I have no plans to. All I’ve got left is cigs and coffee. Ouch. I had a root canal recently and it was no fun whatsoever, but then it was over, and now, apart from a new little valley in my mouth to entertain my tongue, it’s like it never happened. Enjoy the twilight sleep if you can. Me too: re: the Buttholes doc. Happiest day! ** _Black_Acrylic, I completely agree. I love your new PT episode. It was wild. I think I’m going to give it another birthday spin in fact. But without headphones! Glad you’re a fellow jab survivor supreme. Wow, about your uncledom. Nice, buddy. ** T, Hi, T. I think the last you were you were in Gare de Lyon? So you were here. Physically. IRL. Oh, shit, hugs about the overworkload. I hope your colleagues’ health is back to a noses-to-the-grindstone point. I’m very happy that you saw and liked ‘TIHYWD’ so much! Thank you! Yeah, I’m proud of that piece, and, boy, it was a lot of hard work getting it to work right originally, as you can probably tell. If you have any friends in London, it’s being performed there on March 18 & 19 at Sadler Wells. I wrote the lyrics to the song, but not the music. I’m not sure who wrote that. The voice singing the song belongs to Tojiko Noriko. She has a lot of albums out and she’s great. Anyway, yeah, I’m so thrilled you liked it. I’ll greedily take that wished-for week, of course. Thank you. To go obvious too, I hope your week is like your top 7 all-time favorite songs. ** Steve Erickson, Hi. There are plenty of Ethiopian restaurants here, it was just finding one that was fairly guaranteed to be good. And, more importantly, open on Mondays because almost none of them are. I think we have a winner, but I’ll I’ll find out tonight. Is the Ethiopian restaurant you mention the one on Ave B just north of the park? I’ve been there a few times and loved it. What we’re waiting to hear is if some funding will come through or not, and I don’t know exactly when we’ll hear. Hopefully any minute, or at least any day. ** geymm, Thank you, pal, and awwww. Fuck postal rules, and thank you kindly for the thought. Have a great day on my emotional dime. xo. ** Brian, Hey, Brian. Nice descript. of the firework packages. When I know the ‘Crowd’ @ BAM dates, I’ll let you know. Fujiko Nakaya is so great. One of Zac’s and my ongoing protects is a documentary about her. We shot a lot of footage some years ago, and we need to go back to it, probably after ‘Room Temperature.’ Oh, ‘TIHYWD’ is ‘This Is How You Will Disappear’. What Cadinot did you watch? The earlier films are by far the best, I think. My weekend? Hm. I had my Zoom bookclub with my US writer pals, and that was great. It was very rainy here, which kind of hampered stuff. Not too much happened, actually, I don’t think. Huh. Well, here’s to a week that sacrifices itself on the altar of your joy. ** Right. You know what’s what today. Enjoy my birthday in whatever form you do, and I’ll see you tomorrow.