“I am angry, I am ill and I’m as ugly as sin
My irritability keeps me alive and kicking
I know the meaning of life, it doesn’t help me a bit
I know beauty and I know a good thing when I see it

— ‘Song from Under the Floorboards’

‘The major characteristic of Howard Devoto’s work has been integrity and an avoidance of formula. His aims as the original singer with Buzzcocks were exhausted after one record — their Spiral Scratch EP is replete with wit and wisdom about the dynamics of the then burgeoning punk trend, and indeed the first to acknowledge it as a gimmick. What else was there to say? Punk’s chief aim was to spark a new beginning, fresh sounds and boundless opportunities. It had nothing to do with a career. Howard knew this and jumped ship, leaving cohorts Pete Shelley, Steve Diggle and John Maher to become perhaps the most joyous pop group of the late-Seventies. 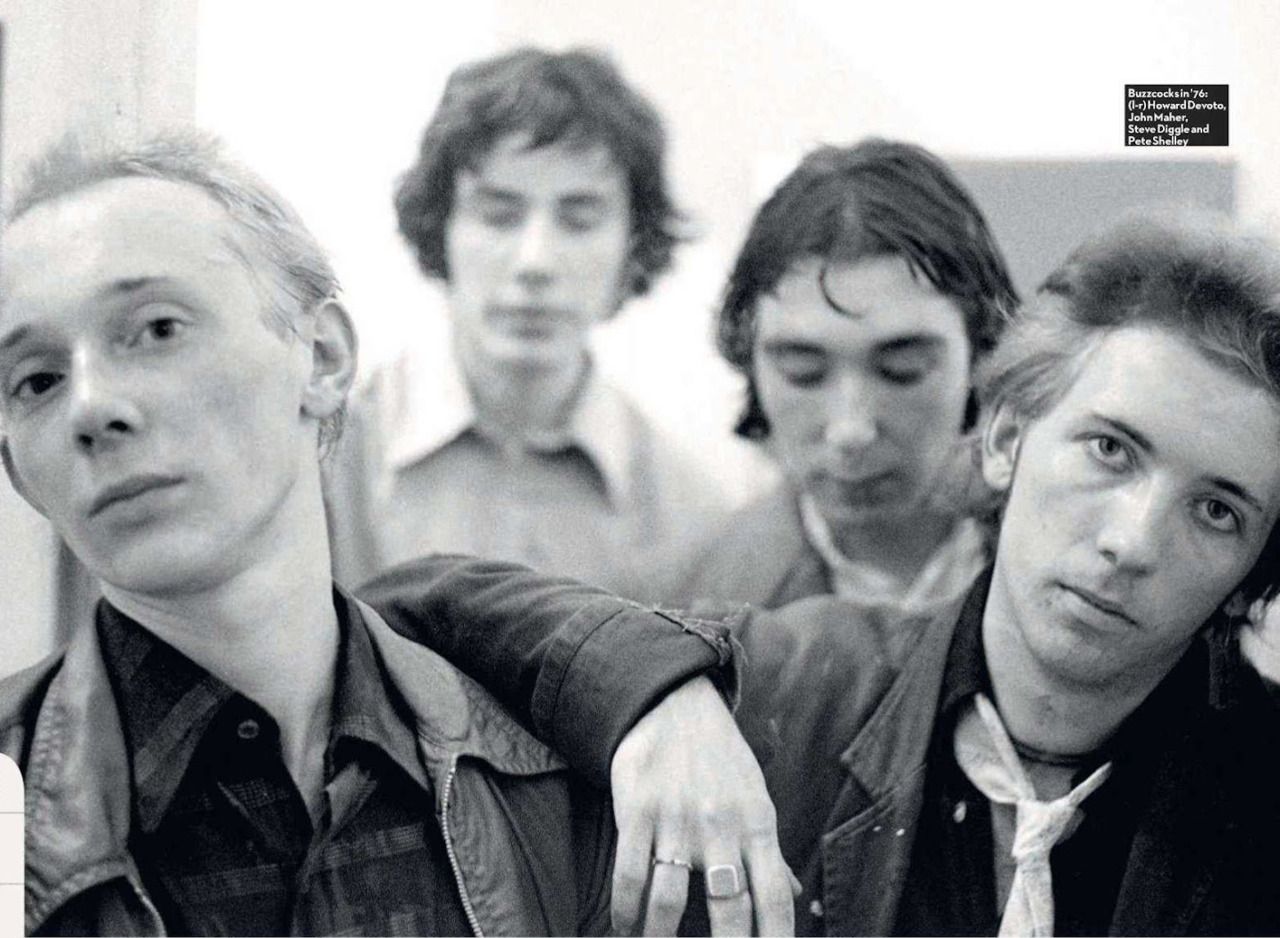 Buzzcocks ‘I Can’t Control Myself’

Magazine ‘Shot by Both Sides’ 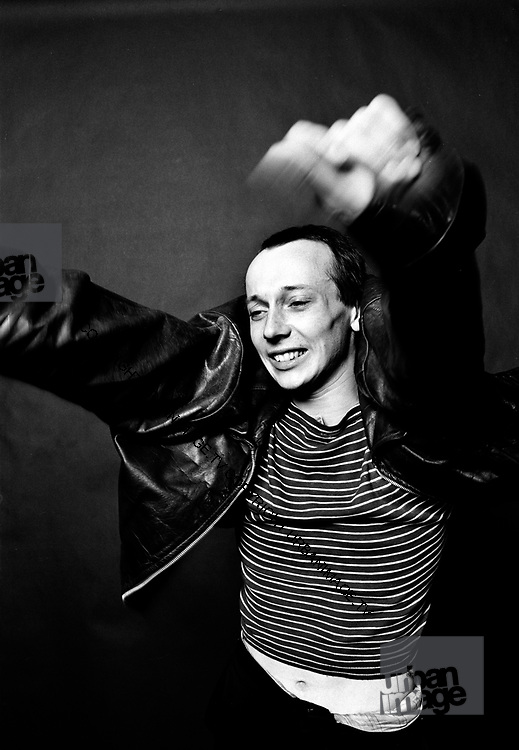 Jon Savage: Do you think we live in insane times ? Howard Devoto: Some of us do – some of us don’t. Do you want to do something new with punk ? Nobody invents new colours or new feelings. The first snowfall is fresh and in some sense new. But it isn’t different necessarily from last year’s snow. Nor is it old goods in a new wrapper. What do you want to do with Magazine? Improve people’s memories. Do you want to be popular at a mass level ? I can take it or leave it. Your music seems to deliberately want to leave gaps. It’s a matter of not trying to tell the whole story about something – when you can’t. Not trying to make up the bits that are going to fit… Like writing about something and giving the impression you know everything about it… I guess so. But I feel really concerned about mistaken impressions – mishearing – and ambiguous experience. Just on straight sense things – when you think you’ve seen something – and it doesn’t turn out to be what you’ve seen; I think there’s always a way of learning that as well – it doesn’t always happen by accident. You seem to be stating complex ideas in simple language in your range… Yes – but they’re not worked out. I leave a lot of loose ends for me and everybody. Just taking certain phrases out of context and putting them together…

‘Where The Buzzcocks were obtainable, Devoto was obscure. He had quickly formed Magazine, who went on to produce four albums of bombastic introspection between 1978 and 1981. Their early work dealt with weighty and perpetual imbalance — political unrest (‘Shot By Both Sides’), the powerless American president who dies at the hands of an assassin (‘Motorcade’) and prostitution (‘Touch and Go’). To the casual listener they were just brilliant rock songs, with lyrical whimsy that held up to close scrutiny. Later work became more ambiguous and on The Correct Use Of Soap (1980) the group made their most complete work. There you can find ‘A Song From Under The Floorboards’ and ‘Sweetheart Contract’, which exist amongst a string of great singles.

Magazine ‘The Light Pours Out of Me’

Magazine ‘Give Me Everything’

Magazine ‘Song From Under The Floorboards’ 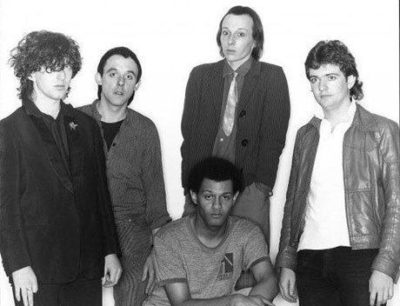 The rest of Magazine:

John McGeogh (guitarist): McGeogh left Magazine after The Correct Use of Soap album to become the guitarist for Siouxie and the Banshees during their most creative period. He quit the Banshees to join PiL, playing on their seminal Flowers of Romance album, a.o. He was later a member of The Armoury Show, a short lived band fronted by Richard Jobson of The Skids, and of Steve Strange’s supergroup Visage, as well as playing guitar on a number of other artists’ albums, including Peter Murphy, Generation X, Ultravox, Matthew Sweet, and others. He died in his sleep in 2004.

Barry Adamson (bass): After the demise of Magazine, Adamson become one of the founding members of Nick Cave and the Bad Seeds, recording and performing with them for the majority of their existence. In addition, he became a respected composer of scores for independent films and has released a number of highly acclaimed solo albums. A collection of his solo and film music, The Murky World of Barry Adamson, was released in 2000.

John Doyle (drummer): After Magazine, Doyle was briefly a member of The Armoury Show with John McGeogh. He became a widely used session musician working mostly in the traditional and contemporary Irish music field. He’s also a character actor who has appeared in a number of films, including Babe and Bliss.

Dave Formula (keyboards): Post-Magazine, Formula became the keyboardist for Ultravox during their most commercially successful period fronted by Midge Ure in the early to late 80s, and was also a member of Steve Strange’s Visage. He’s currently keyboardist for post-funk band The Finks.

‘By the time of The Correct Use of Soap, Magazine had reached an internal impasse. John McGeoch, their guitarist, left because of a frustration with Magazine’s lack of commercial success. One more album followed, the patchy Magic, Murder and the Weather. Devoto continued solo with his Jerky Versions Of The Dream album which he has since disowned and, honourably, retired from music after a clear sense that he had produced a poor record. Only Noko (now of Apollo Four Forty) persuaded him to record subsequent to this, with their commercially unsuccessful but nonetheless valuable Luxuria group. Other than a few guest appearances with This Mortal Coil, Mansun, and Apollo Four Forty, Howard didn’t record again until his unexpected reunion with The Buzzcocks’ Pete Shelley three years ago for the one-off project Buzzkunst. Since then he has returned to his real name, Howard Trafford, and currently works as a supervisor in a photo library somewhere in London.’ — Ian Greaves, 3 AM Magazine

Buzzkunst ”Til the stars in his eyes are dead’ & ‘Going Off’ 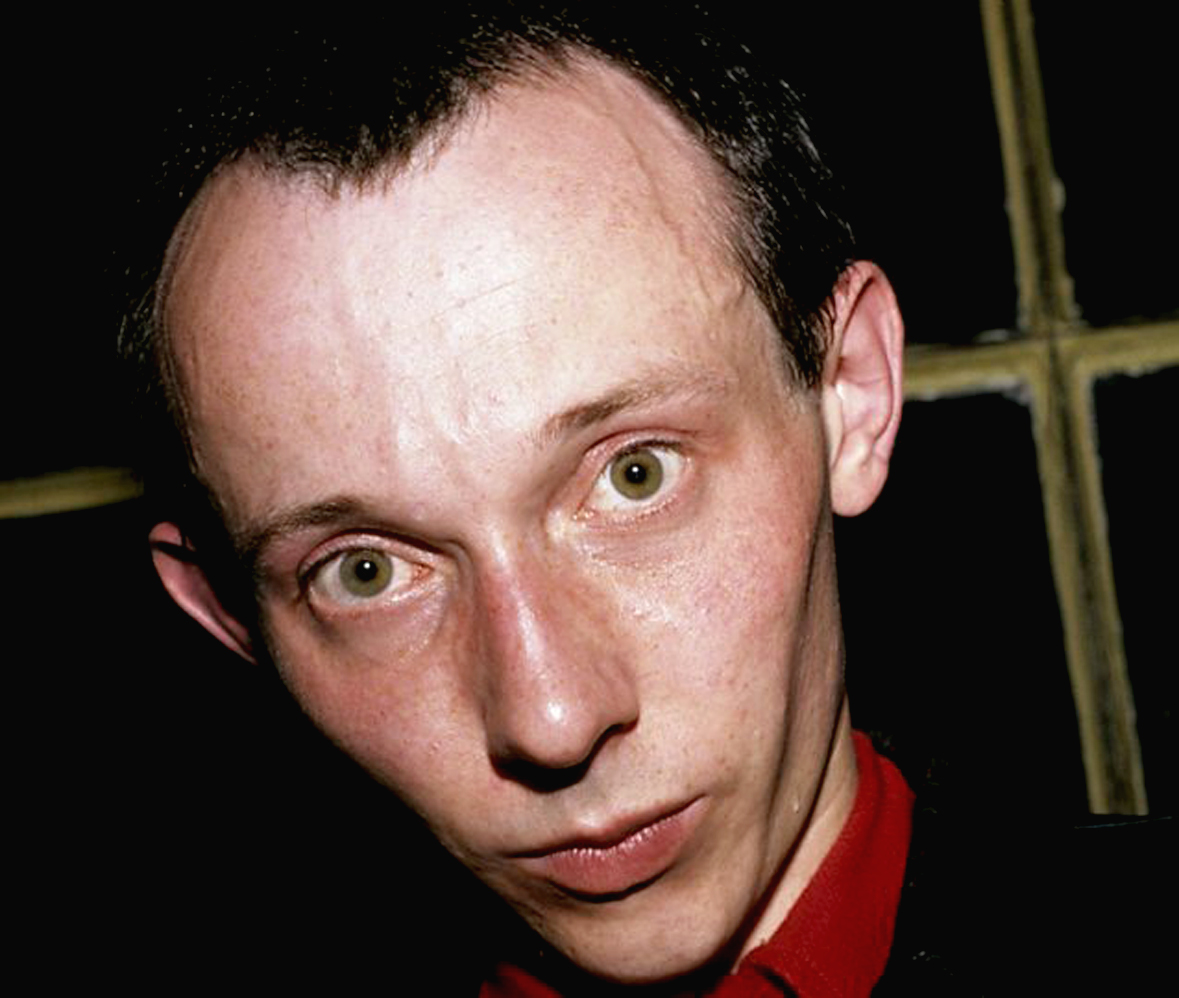 Shotbybothsides.com is as close to an official Howard Devoto website as exists. Its concentration is on his work with Magazine, but The Buzzocks, Luxuria, Buzzkunst, and Devoto’s solo work are well covered. The site includes a complete discography and a thorough database of Devoto -related press and facts, as well as a decent if not quite up -to -the -minute news section.

Jess Harvel, Rhythm of Cruelty: Howard Devoto and the Post-Punk Revival: ‘Even with the new respect/admiration/costume play/lip-service paid to artists previously thought consigned to the dustbin of pop history, where does this new round of myth raiding leave them in the cold actual glare of 2002? Ask Afrikaa Bambaataa, playing an MTV dance show to a couple hundred (and a couple hundred thousand around the world) kids asking who the fuck these old guys in fringe vests were and where is Paul Oakenfold already? Ask ESG who have been coaxed out of a long-suffering silence wherein they witnessed their earliest JB’s- as- proto- house records being sampled almost as much as JB himself only to end in dwindling returns for both sampler and sampled. Ask The Human League, who’s Secrets was one of the best records of 2001, proving they were still most adept at the world they had so completely changed, even as they were eclipsed by their sad, ugly children. Ask Howard Devoto.’ (Read the rest here) 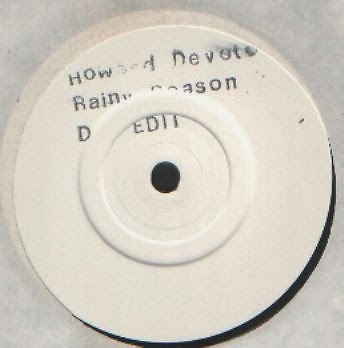 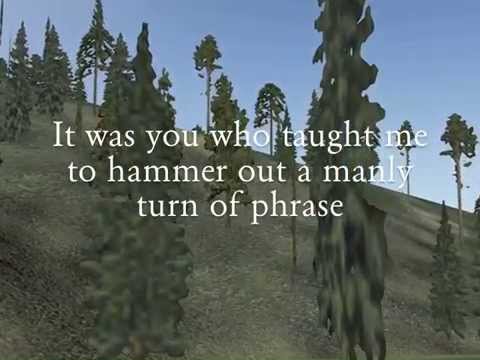 Quite a wide rangle of contemporary music artists cite Howard Devoto as a major influence, from Jarvis Cocker and Xiu Xiu’s Jamie Stewart to Ministry’s Al Jourgensen, who’s stated that collaborating with Devoto is one of his biggest dreams. Another Devoto devotee is Momus, who wrote a great song about him entitled ‘The Most Important Man Alive.’ You can read the lyrics here.
—-

p.s. Hey. ** Dominik, Hi, D!!! Oh, cool, you watched one of his films. And it was relevant. Great and stormy are a good combination, and, yeah, when you’re marked I’d be curious to see the marking. Haha, I actually can’t think of a single roller coaster that doesn’t have at least a slightly dumb name. I guess ‘X2’ (one of the best coasters) is a tolerable name, under the circumstances. I continue to rise above my lag, thank you. Will do, on the celebrity reveal. Nice, shocking (ha ha) love, thank you. Love going home with the prettiest Emo boy he’s ever seen only to discover his entire apartment is covered, floor to ceiling, with a handmade shrine to Limp Bizkit, G. ** Tosh Berman, My great pleasure, sir. ** _Black_Acrylic, Really glad you liked it, B! ** Bill, Hi, Bill. You were in the majority. Will do about the SF trip if it ends up in the cards. A dinner would be nice. I’ll have a think about diners. Dodie, … Your new short piece! Thank you, thank you! I’ll be on it the very second I’m no longer on this. Everyone, A rare treat for us all in the form of a new, short sound/music piece by the great visual/sonic artist and d.l. Mr. Bill Hsu. It’s called ‘Bel(l)ow(s)’ and it’s right here. Swamp it, folks. ** Brendan, Hi, Brendan. I was just running around in your general hood during a short but long, long awaited escape to the West. Awesome that you’re a Hammid fan. Me too, and we’re needles in a haystack, I think. New work, new show! I might even get to see it if our film funding comes through on schedule whereupon Zac and I will be in LA a ton. And a little bird told me the also great Jack Skelley is writing something for/with you? Yum, if so. I’m good. Miss(ed) you too! ** Misanthrope, That I expected, you’re right. Almost at the big 50, are you? No sweat, you have years of fieriness left to go. Enjoy the beach house stint. That seems like a no brainer. Take it easy and feel better. You can’t be too careful these days, duh. And good luck conquering Benatar. ‘Stop Using Sex as a Weapon’ next maybe? ** Brian, Hey, Brian. Re: Deren, I especially highly recommend ‘Ritual in Transfigured Time’. That’s my fave. Personally, I’d start your Jodorowsky voyage with ‘El Topo’. I think it’s his best, pretty much by far. So sorry about your week starting problems, especially with your dog. Stressful. Bestest wishes. Curious to hear your thoughts on ‘Eyes Wide Shut’. Very divisive, that one, it seems. I haven’t heard the new Eilish. I read that it’s kind of ‘jazzy’, which made me a little wary. I’m almost crystal clear in the head again. So close to reality that I can imagine it. Have a great one, man. ** Okay. Years ago someone who tagged themselves KillSwitch made this fruitful post for the blog about the great, anti-prolific songwriting auteur and singer Howard Devoto. And now it’s alive again. Very worth your time,I think. See you tomorrow.