Ice cube trays and certain of their results

‘It is not known for certain who invented the first ice cube tray, a refrigerator accessory that can make and remake small uniform ice cubes.

‘In 1844, American physician, John Gorrie, built a refrigerator to make ice to cool the air for his yellow fever patients. Some historians think that Doctor Gorrie may have also invented the first ice cube tray since it was documented that his patients were also receiving iced drinks.

‘In 1914, Fred Wolf invented a refrigerating machine called the DOMELRE or DOMestic ELectric REfrigerator. The DOMELRE was not successful in the marketplace, however, it did have a simple ice cube tray and inspired later refrigerator manufacturers to include ice cube trays in their appliances as well.

‘During the 1920s and ’30s, it became common for electric refrigerators to come with a freezer section that included an ice cube compartment with trays.

“Flexing the tray cracks the ice into cubes corresponding to the division points in the tray, and then forces the cubes up and out. Pressure forcing the ice out is due to the 5-degree draft on both sides of the tray.”

‘The inventor was the then vice president of the General Utilities Mfg. Co., a company that produced household appliances. The McCord ice tray as it was called cost $0.50 in 1933.

‘Later, various designs based on the McCord were released, aluminum ice-cube trays with a removable cube separator and release handles. They were eventually replaced molded plastic ice cube trays. 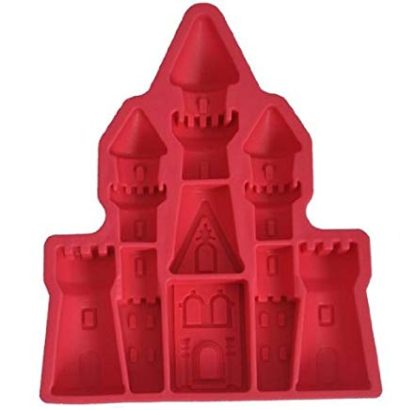 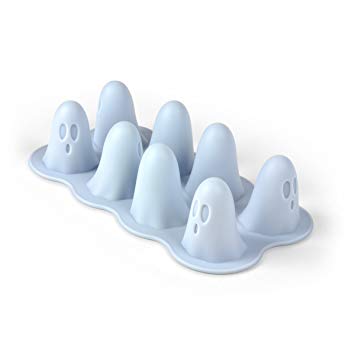 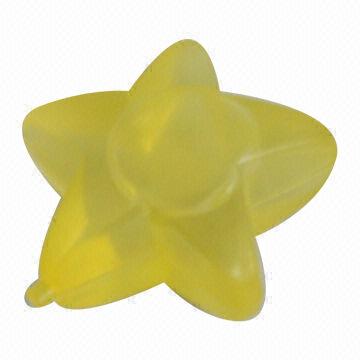 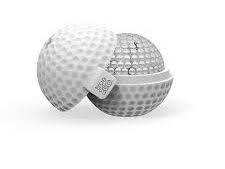 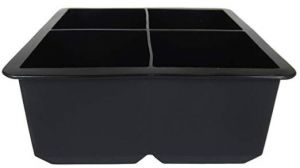 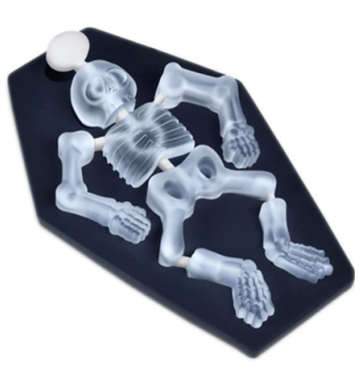 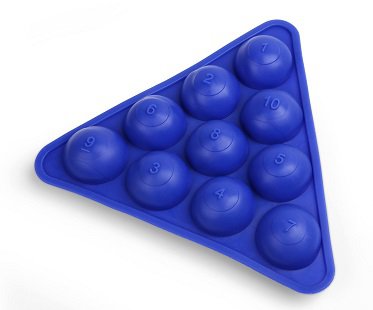 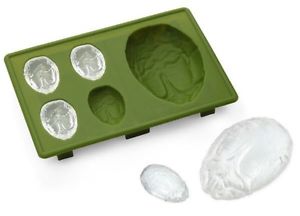 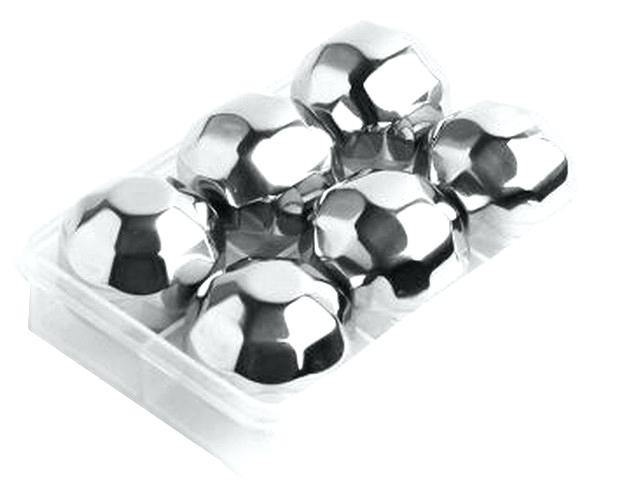 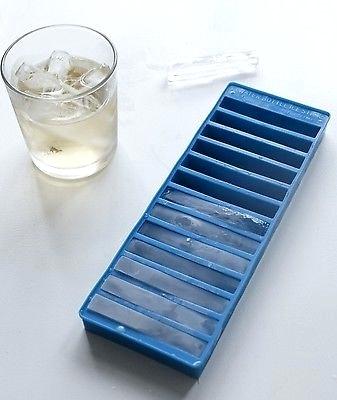 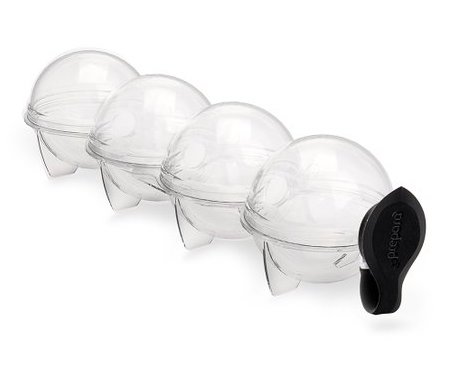 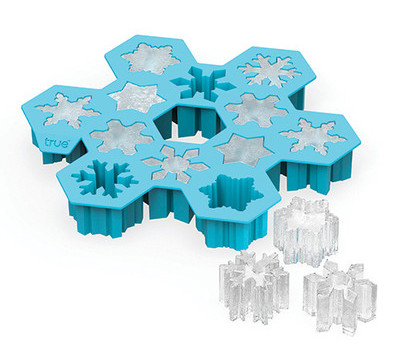 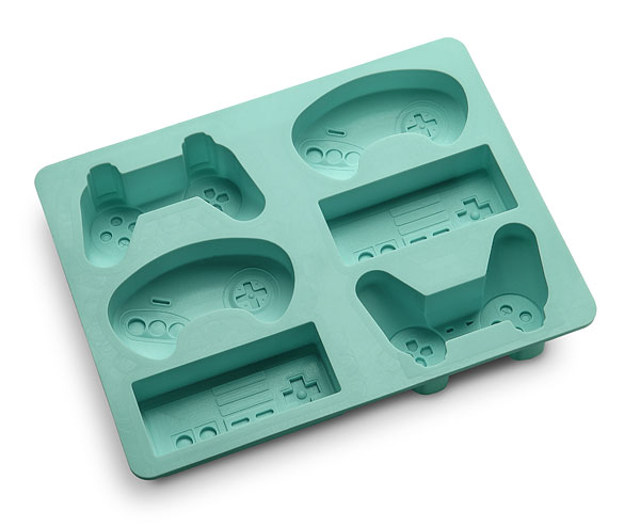 p.s. Hey. ** JM, Hi, man. I’m glad you’re hanging in there as best you can. Yes, I wrote you back re: your email, but we’re all set to go, and thank you so, so, so much. ** Bill, Hi, B. I’m sure Julie appreciated the props. And I, of course, do. I’ll do a search for the Puppet Arts Center, and I’ll pass what I find along to the undoubtedly interested Gisele too. Keep having a blast. ** David Ehrenstein, Weird is DC’s middle name, I think? ** Jeff J, Hi, Jeff. I demanded that the TV script work be put aside until our film script is finished, and the powers-that-be reluctantly gave us until Saturday to do that, and I’m pretty confident we’ll hit the mark. So, yes, we’re in a last heavy work spurt on the film script, then we’ll do an immediate, dreaded nosedive back into the TV thing. I hope the Asheville event goes really well, and I’m obviously happy that your novel is eating your brain’s forefront. Oh, Blake Butler is in Paris ‘cos ‘300,000,000’ was just published in France, and he did a great reading/talk last night, and I think Paris and I have almost convinced him to move here. ** Nick, Hey, Nick. Great that the screening was a big success! And that the MB epic is essentially finis! I think there must be interesting venues to whom a 25+ hour movie would be the golden egg the goose laid, but I’m so optimistic. Anyway, onwards, and I’m sure that’ll get sussed. ** Steve Erickson, Hi. Oh, yeah, I know about the faux-Richard Prince thing. I saw video evidence of it at some point, and I have to say it looked pretty heavy handed and dumb. But hey! I did look at Are Sounds Elektrik at one point but not thoroughly. It seemed like a good place to dig in. I’ll put it on my wish list. Thanks! ** _Black_Acrylic, Hi. Legowelt has a podcast/radio thing? Cool, I did not know that. Ha ha, yeah, I heard that Roy Garrett thing way back when. It didn’t strike me as so powerful or anything, but time is a funny thing. I’ll see how Legowelt contextualised it. Thanks, bud. ** Nik, Hey! Yeah, gotcha. On the break’s ups/downs. Like I wrote, I’ll let you know once we know or have a sense at least of the summer. FSG is kicking ass these days. It’d be really cool to be there, I think. Especially if it’s somehow in the sphere of Jeremy Davies who does the FSG Originals series. I think ‘DIY’ is still in usage? Well, there are a ton of interesting DIY presses. What more precisely are you seeking? Obviously, the DIY places tend to be pretty tinily staffed, so … Yeah, what do hope for? Sounds like your writing is in a great place, yes, and cool that a conducive context exists for it. I’m good, just, as I keep saying, overworked and a bit fried, but I should be so lucky, I guess. I am slowly working on what will be the 4th chapter of a new gif novel. A little too slow-going for the obvious reasons, but I like what’s happening. Thanks, man. All the work right now is pretty much either solo or only involves Zac and me writing. But thank you! ** Robert Siek, Hi, Robert. Well, if it makes you feel any better, none of my poetry books have ever been nominated for a gay (or any other) award. Your book will be just fine without that ‘accolade’, as you already know. And great about the reading and the upcoming inclusion in the mysterious online journal. Alert us/me when it’s up if you remember and don’t mind. Congrats on the eight years of love. Not bad, my friend, not bad at all. ** KeatonBearsDeadMk, Nice, good one. Good name. Thanks about my weekend. I’ll be writing and writing too, but catching a couple of concerts at least. New blog stuff! Everyone, hit up Keaton’s blog, yeah? New stuff for your delectation there. Go. Nice Jerry Cantrell pic. ** Corey Heiferman, Hi, Corey. Thanks for the good words to Julie. I’ve heard that word Purim before. I had no idea what it was. I think I thought it was a fruit or something. That video! So that’s Purim in action? Not bad. NASA videos, now that’s a good obsession. Maybe not as good as ice cube trays, but what could be, ha ha? I have an at least semi-good ear for Metal, so I’ll go hear what this Caleb fella has cooked up. Fingers crossed. ** Right. Someday when someone ranks all the posts ever posted on DC’s in terms of quality and lasting impact, I reckon that today’s will be #1, what do you think? See you tomorrow.