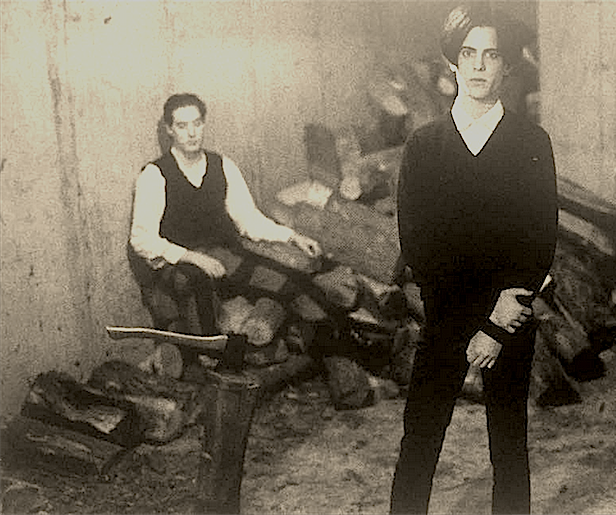 ‘If the Edward Scissorhands soundtrack had been supplied by Hollywood musos using Factrix’s Scheintot LP as their blueprint, it would have created a perfect snapshot of the hairbrushed post-punk twilight zone that was the 70s/80s gateway. Unfortunately, however, Factrix’s wonderfully greedy metaphor was undermined by their sheer extremeness. Despite opening their career with the amazing industrial funk assault of their debut single “Empire of Passion”, Factrix wasn’t ever gonna be a singles band. Coming across like English post-punks playing an all-night Final Solution gig at the Acklam Hall, they really shoulda been treading the same stages as Clock DVA, Prag Vec, early Manicured Noise (pre-Steve Walsh version) and their ilk in order to get anywhere.

‘From my own experiences from late ’78 onwards – those were days when Fast Product-style bands made three or four singles before they started to make a dent in anyone’s consciousness. The intense rivalry spurred people on, whereas Factrix was 6,000 miles from where the boys were. True, Bergland and Palme had begun life as part of Patrick Miller’s Minimal Man project, playing four shows in that configuration. But even the rivalry generated between their split was never gonna be enough fuel for their flames. From the gathered evidence, even after supporting such illuminati as Sheffield’s Cabaret Voltaire, Arto Lindsay’s screechy DNA, and Australian ur-primitives SPK (SoliPsisticK), the overall Factrix career was apparently such a downer that it temporarily destroyed the mind of each member and saw them return from their only tour homeless and (it is said) destitute.

‘Unfathomable and unlistenable to all but the most ardent adepts (and subscribers to Sordide Sentimentale, natch!) at a time when almost everyone in the real underground had a least opened their ears to accommodate the coming Industrial sounds, the Factrix trio’s miniscule output and often almost rhythmless take on all of the above-mentioned artists made the group virtually unreachable; so much so indeed that they have become forgotten over the past decades and not even been celebrated with a CD re-release until very recently1 – and even then not in their original musical sequences. However, Time itself is the real judge of true art, and those No New York ‘art terrorists’ are now no more than the archaic fart feasts of yesteryear – temporary jazz sneezes into an already too-damp snotrag. The dismembered music of Factrix, on the other hand, grows more contemporary by the year.’ — Julian Cope, Head Heritage 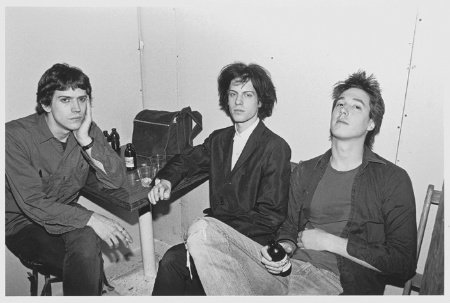 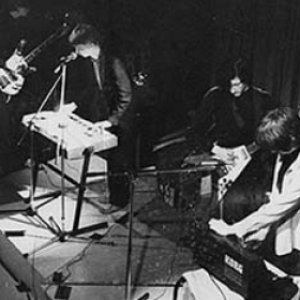 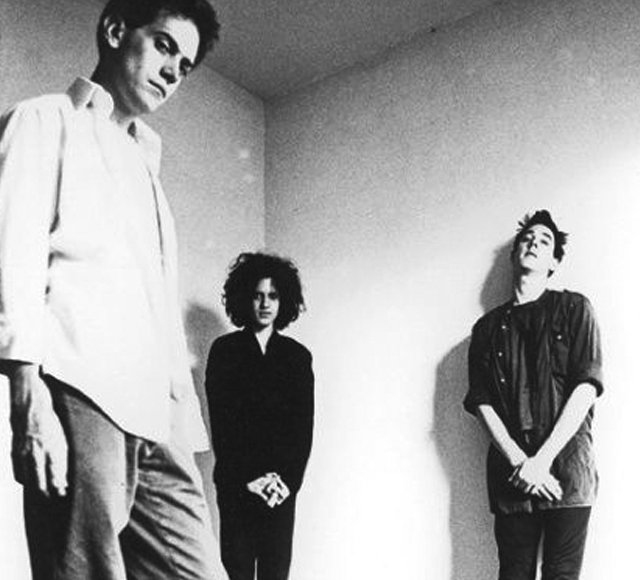 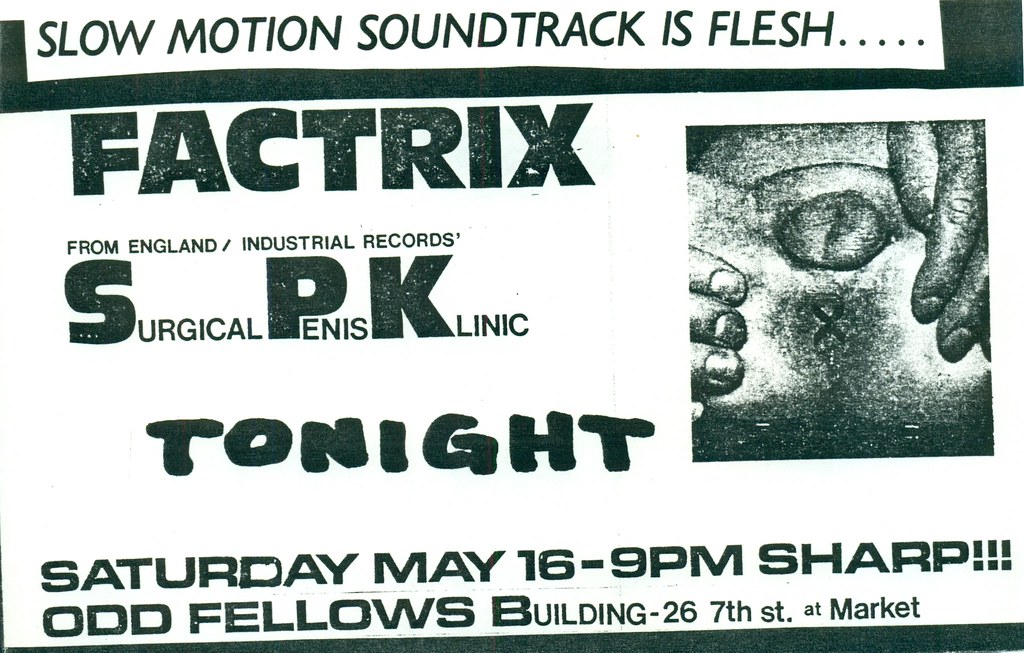 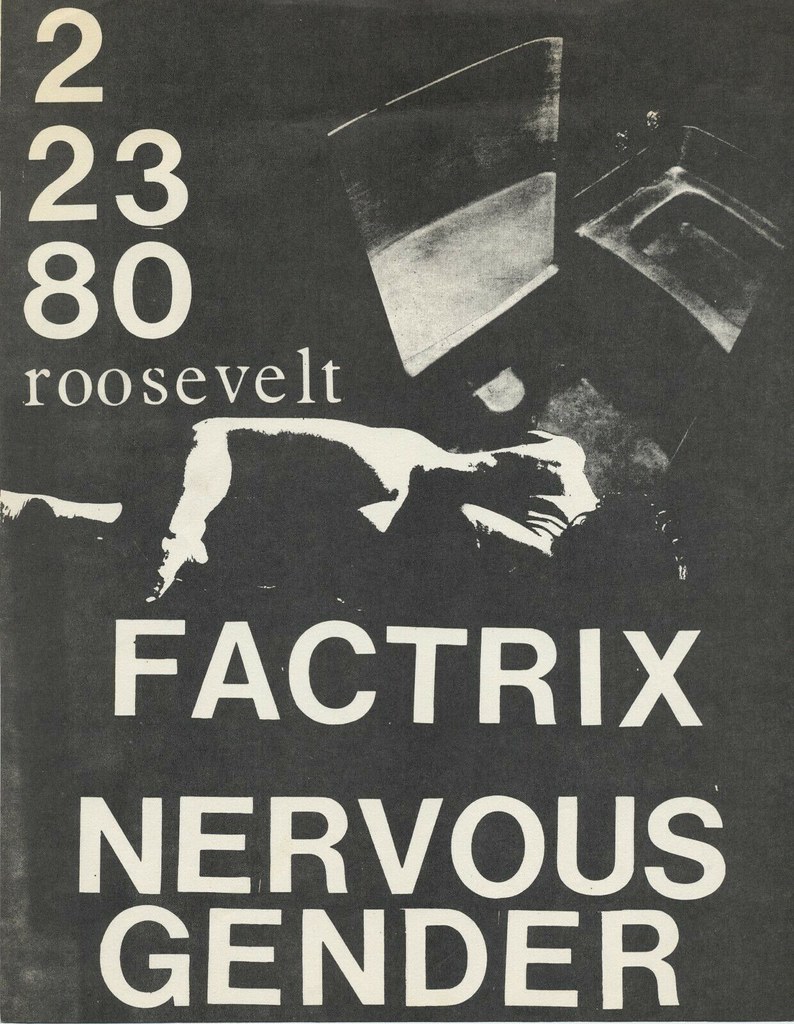 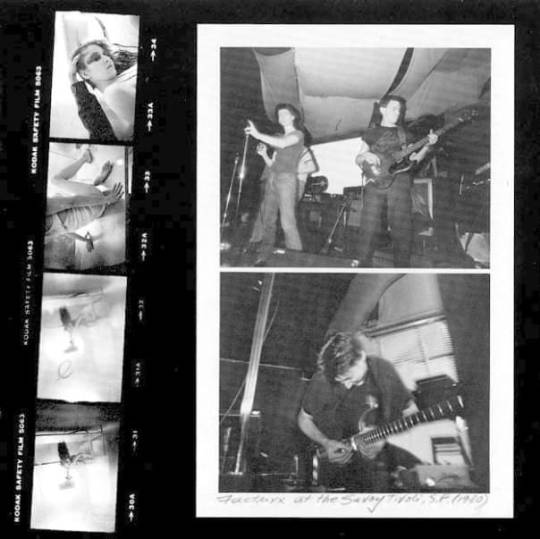 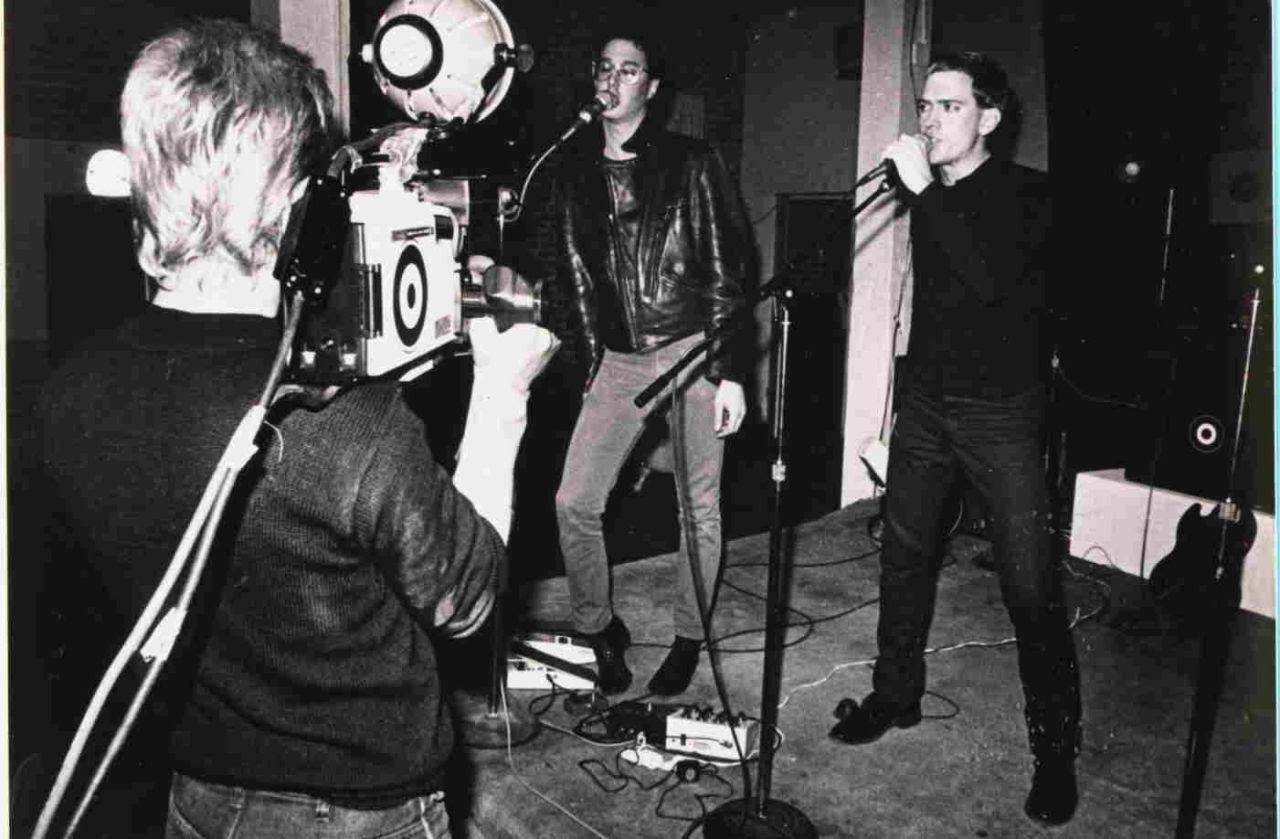 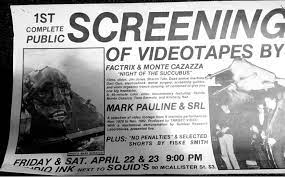 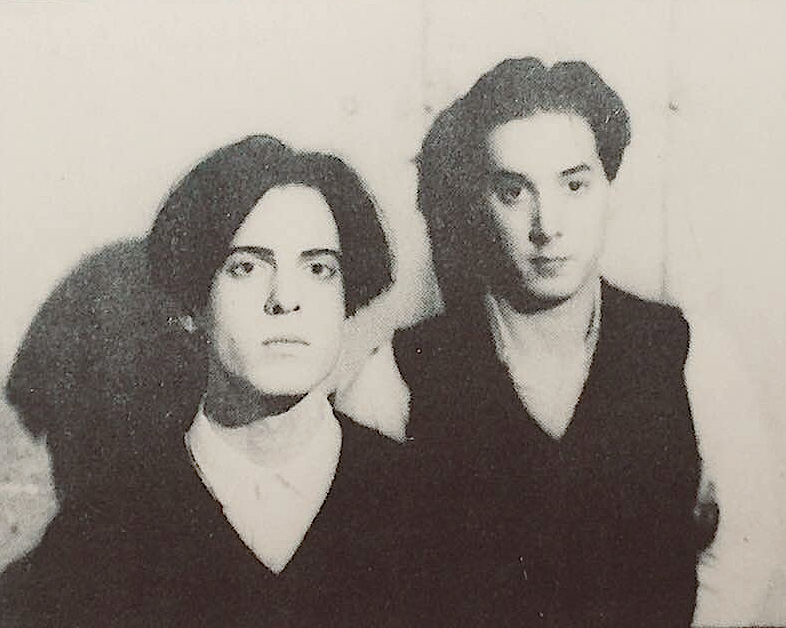 1980:
▪ Factrix have their first high-profile show, the “Live at Target” videotape shoot w/Nervous Gender, Flipper, and Uns (aka Z’ev); two tracks from this show appear on the Subterranean Records compilation LP.

▪ They meet Ruby Ray and begin to incorporate slides/projections into live performances. A show at the Savoy Tivoli also features onstage collaborations with Bachelors Even (featuring Christian Marclay, the soon-to-become-famous turntable virtuoso).

▪ They release the “Empire of Passion”/”Splice of Life” 7” on Adoles-cent Records, and record material for the Scheintot LP in the living room of label mate Slava Ranko (aka the late Donald Philippi, an eccentric linguist/scholar/musician who translated ancient Japanese and Ainu texts).

1981:
▪ Factrix perform shows in New York, Boston, and Chicago before returning destitute back to S.F. They record four further songs at John Altmann Studios for an EP (never released), and perform shows with DNA, Cabaret Voltaire, SPK, and the Sleepers, among others.

▪ “Night of the Succubus,” another self-promoted event (in collaboration with Monte Cazazza, Tana Emmolo-Smith, and Kimberly Rae), is recorded and videotaped for eventual release.

▪ Scheintot, a full-length LP, is released on Adolescent Records. After pondering the inevitable, all three members part company.

1982:
▪ Bond and Cole reunite to record new material in home studio in Vermont, with Ruby Ray creating corresponding visuals for a proposed Spring tour of the East Coast with SPK; a few tracks are completed but desire to perform live dissipates and Factrix subsequently implodes. 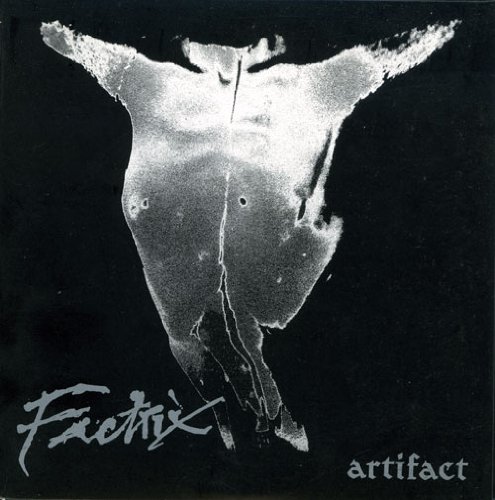 ‘In many ways Factrix belong to the original industrial culture vanguard headed by Throbbing Gristle and Cabaret Voltaire in the UK, and represented by the likes of Z’ev, Mark Pauline’s Survival Research Labs, NON and documented by the pioneering punk tabloid Search & Destroy (the formative publishing venture that latterly grew into the Re/Search publishing house) in California, USA. Monte Cazazza the infamous prankster, performance artist and TG Control Agent who codified a genre with the ‘industrial music for industrial people’ slogan was a floating member of Factrix, alongside Cole Palme, Joseph Jacobs, and Bond Bergland. Their few releases together with the previously unheard Factrix demonstrate that Factrix are deserving of more than a footnote in the history of industrial music.

‘It’s perhaps not surprising upon listening to Artifact that the protagonists were heavily into psilocybin. Artifact displays a potent blend of sprawling guitarlines, taut bass and the industrial use of electronic rhythms -often provided by their sound wizard Tommy Tadlock. There’s was a seeking of possibilities, a search for a black hole of sound. Experimentation derived from altering technological devices (amputated bass, various tape treatments) cajoling instruments in an effort to slip into a swirling vortex. It’s a bad trip from the sunny climes of California.

‘Factrix left only a small body of recorded work (particularly on the Adolescent and Subterranean labels) and Artifact compiles a selection of studio cuts (including the album Scheintot in its entirety) together with an intriguing selection of unknown material culled from outtakes, live shows and unreleased demos including a rough reworking of the Velvet Underground’s ‘Beginning To See the Light’, a live track (featuring Christian Marclay on turntables), and a Manson track. Monte Cazazza’s presence is all over Artifact most notably on ‘ProManSon’ (from the split album California Babylon) which features his familiar tones but the unhinged and improvised squall heard to best effect on the unheard Factrix disc could also lay claim to be a direct influence on the likes of Sonic Youth and the New York guitar-noise scene.

‘This package with cover artwork from Ruby Ray (an early contributor to Search & Destroy) and booklet artwork by Monte Cazazza has been produced with the resolute care and attention of Michael Moynihan – there’s copious liner notes, archival research and photos with a masterful grasp of aesthetics that are truly fitting for this reappraisal of this largely forgotten and underrated group.’ — Compulsion

_______
First shows in 30 years: FACTRIX @ The Night Light (2013)
‘Bay area industrial-rock band Factrix played their first gig in 30-plus years last month at the Night Light in Oakland, and I was fortunate to be a part of it. Founding members Bond Bergland and Cole Palme asked me to contribute to their efforts on guitar. It was really fun to be playing in a rock band again; it was my first time on stage in more that 22 years. We have a couple more shows coming up.’ — Mark Abramson

p.s. Hey. ** Dominik, Hi, D!!!! Not getting carpet bombed with hack warning emails every minute is very odd. But, sort of like wearing a mask outdoors, I’m getting used to it. Yes, I think my boymuses would turn the world into a killing field too. Your love seems to have done his job because I have no side effects apart from the tiniest soreness on my arm in the spot where I got the jab. So, please thank your love for me! Love giving your least favorite band’s new album a blistering critique, G. ** Ian, Hey. Your week ahead sounds to be pretty A-okay indeed! Especial extra added good vibery towards your novel work, of course. Mine is half-vaccinated, so it’s off to a good start anyway. Enjoy every minute. ** David Ehrenstein, It’a beauty. ** Steve Finbow, Hi,Steve! Well, you did a most extraordinary job, sir, no surprise! ** Tosh Berman, Hi, T. Thanks, the half-vax was smooth and quick and problem free. I fully anticipate that the world will require thoughtful negotiation for quite some time to come. But it’s all about increments these days. Happy for you! ** Bill, Hi, Bill. Thanks, the shot was easy-peasy. I should say so far, to be safe. I am very up for a guest post on Lane’s short fiction, you bet. That would be fantastic, if you feel like it. Thank you tons! ** Sypha, Hi, James. Oh, I’m restoring an old post of yours tomorrow. The vaccine shot was super simple gratefully. You can barely call my arm soreness sore. Yeah, maybe the second shot will whack me. Hope not. I’ll know in a month. ** Misanthrope, Oops, sorry, I should’ve known better than to try to distract a proofreader. David is like the 4th Stooge. You got me on the ‘hottest’ writer in the US these days. I doubt it’s a fiction writer. No side effects for me. I was told Pfizer is the smoothie among vaxes, and I guess I’m living proof. ** Steve Erickson, Hi. The vaccination went easily, quickly, and I feel utterly normal. Whew. I don’t know who Sally Rooney is, so I guess that’s a US-only phenom. I’ll check her out. Otherwise, I don’t see a big phenom fiction writer over there right now. I mean there’s a lot of hype around Greenwell and Vuong, but that still seems kind of niche. Rachel Kushner is big, but she’s not getting the ‘great American genius’ malarky. ** Okay. I decided to turn your attention to the seminal and influential and undervalued musical unit Factrix today. Have a look, read, and listen, won’t you? See you tomorrow.