TheAdriatic45 I heard a voice when I was half asleep which said my name in my ear in a sort of reptilian hiss. I certainly believe in them.
jeempc Nephilim were actually not human. tey were BOth Human and Angle born of spirit and flesh. the Watchers(Elohim) had sex with the daughters of man and created these tall ass nephilim which are half huma half Angle
canadianStoner13 what if i was to say… this video describes what i dream of… i always have the same dream when im sick… this lizard thing, takes everything away… this dream has been with me for as long as i can remember… used to scare my so much as a kid…
djknetics “And the WATCHERS from the sky saw the DAUGHTERS of men were BEAUTIFUL, and they BRED with them…and the CHILDREN were GIANTS who became RULERS, NOT of HUMAN flesh, they were called the NEPHELIM”
Dhaune Anti – Logos is a person living in Slovenia his name is Danilo Žižmond he lives in Slovenia in Europe, here is the info on his whereabouts: Zgornji Lehen na Pohorju 19, Post Number 2363 Podvelka, he is the embodiment of all evil he is the Beast the 666, if there is anyone who can and wants to kill him please do it and do it fast we can save the entire planet that way.( for more info check the comments on my channel)
stargate1990 i believe that reptillians have some sort of control over this planet both draconians in space and the reptillians underground who eat young people between the age of 10 and 23, i dnt mean to scare you but its true. the reason im skeptical about the brandon cory story was tht is was ment to be on tv and who controls the tv?
hotmanhokage i seen one before it was riding a bike disguised as a man and i saw his eyes.i think my cousin is a reptilian because her eyes look like it all that all the time
lescwilson I think u should consider that one of the qualities of these reptilians is known to be their cold hearted nature and that they’d kill u at the drop of a hat… for food…so don’t be so eager for their control lest u be farmed like veal or pork!
LadyWennor Draconians happen to be my favorite cataloged species. Don’t care about their plans of taking over earth if that is the case. I find Draconians hot but if you ask me I always fall for the extream.
ultraudv AHA!! u are reptile !
SVWillmer @ ultraudv… she is a reptile. She didnt begin with an ‘A’, also scenario is not the correct word to use. The correct word is ‘idea’. Also she seems to be ignorant of the fact that there have already been many films released with this ‘scenario’ as she dubs it. Her channel is lacking too, aka she is either a religious brainwashed idiot. Or a reptile. I’m going with the latter (Reptile).

SiriusStarSystem the Earth has always been hollow. In fact, most planets are hollow. A planet, which is formed when a star ejects lava-like material then forms as it spins and cools in space. The inside matter pushes outward due to centrifugal force, creating openings in the poles. There is a 1300 mile wide opening at the Northpole and a 900 mile wide opening at the south pole, the south pole has been frozen closed for about 12,000 years. 6
SiriusStarSystem the people who control the surface of Earth are not Reptilians but hybrids with 50/50 genetic split between human and reptilian DNA. they call themselves the Illuminati and they control the internet, including youtube and wikipedia. I don’t even know of anything that is truly run by the public. yes, anyone can edit and add information to wikipedia, but stuff mysteriously gets removed daily. Wikipedia is censored just like everything else.
TheRevolution2014 play the audio to this video backwards it sounds like the king is saying something he says the real king lies…….
segaman1000 if reptilians did ruled the earth they would never made a cartoon like this. this is the illuminatis work. a plan they have had for centuries to deceive the people turning away from christianity. believe the illuminati is real,not reptilians. 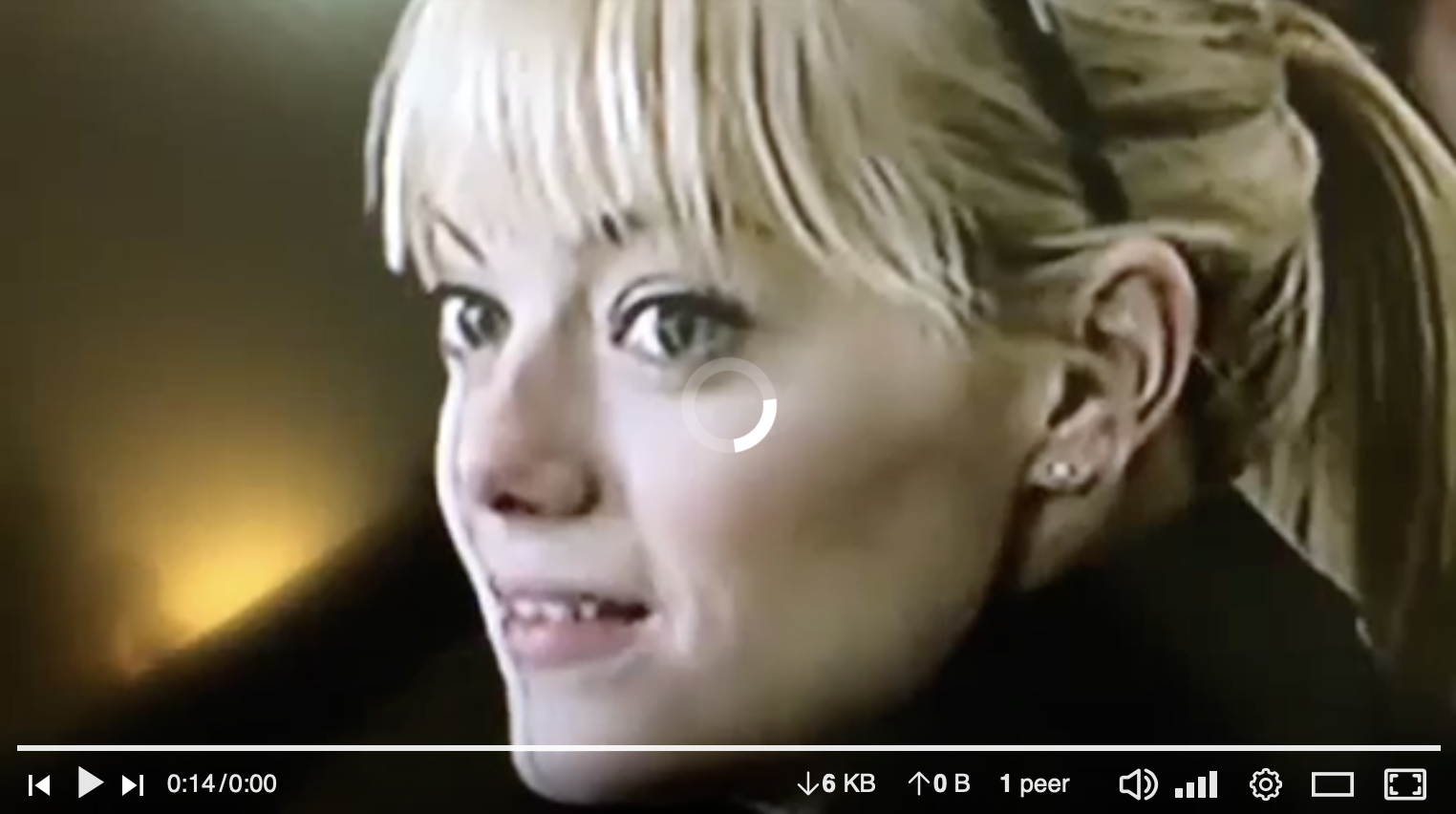 MuayThaiGuy93 I have hazel eyes and small teeth, but I’m not a reptile. Is there any credible evidence of this? I have seen none
FrequencyFence Do your pupils morph from round to vertical slits and back again in mere seconds? Do your teeth morph from normal human teeth into jagged fangs and back again? Do your eyes change color from red to blue to brown to yellow to green in rapid succession?
jeremystalked The reptilian screen memories in mind control survivors are placed there on purpose, to make them easier to handle. If your boss was a shape shifting alien lizard, would you f*** with him? No. That’s why they play these games with the MKULTRA/Monarch mind controlled slaves. To keep them from breaking out.
zombiesngunz @urvil lol
aragingstorm umm if u r making fun of it you might be a part of it
ever thought of that?
guns240111 Time will enfold on itself,thru the DNA spirials and we seek the light.

p.s. Hey. ** Ferdinand, Hi. Ha ha, that link says ‘Sorry, this content isn’t available right now’ too. A doomed quest. Yep, that sounds like pot. My story with it exactly. I feel sure you’ll find whatever goldenness there is down SA way. Yeah, I go to the US in early July, and I’m stressing the border crossing part big time. ** Misanthrope, Rigby must be buff now, which is a strange (but good) idea. Has anyone ever written a proper novel that only takes place during a single sexual encounter? Surely. The Interview thing is print only, yes. When’s the last time that happened? With big magazines, I mean. Oh, wait, contemporary art magazines are mostly print only actually. Never mind. ** _Black_Acrylic, Hi, Ben. Yeah, the street naming thing is most curious and rather inexplicable. He had a friend in some high place, I guess. ** Dominik, Hi!!! As little known as Metcalf is in the US, I think he’s really, really unknown elsewhere. One of these days somehow. The only time I ever ‘use’ tumblr nowadays is grabbing gifs because it’s still a popular gif housing site for some reason. One of the performers in ‘Like Cattle Towards Glow’ was this boy who only wore Rick Owens clothes, head to toe, all day every day. He was an Owens fanatic. We managed to strong arm him into wearing a normal shirt for his scene, but he insisted on wearing his Rick Owens pants. So maybe I can say to Mr. Owens, ‘Hey, your pants are in our first film’, and that’ll be enough? Glad you liked your love. Ha ha, I’d subscribe to that love’s Youtube channel, thank you. Love teaching you a hypnotic power that causes anyone you want to set up an OnlyFans account and only requires you to look at a photo of your chosen subject and snap your fingers, G. ** David Ehrenstein, Well, thank you. ** montse, Hi, montse! Oh, that’s okay. Life’s so distracting. I’m good. I’m vaccinated. The second shot did give me side effects — about six days of feeling hazy and listless — but I’m in the clear now. As are you! Congrats! It is weirdly relaxing, isn’t it? Well, I guess it’s not weird at all. Wow, that sell out was fast. The Protest Sonique Festival here, that I hoped to exploit heavily, also sold out instantly before I could get tickets. People are very hungry. So now I have to try to schmooze some comps somehow. I haven’t started ‘The Magic Kingdom’ quite yet, but its pdf is beckoning me from my desktop, so it won’t be long. Very lovely to see you, my buddy! ** T, Hi, T! Things are pretty good with me, thanks. Congratulations on finishing your training and getting to the place where you can work on your novel and tan and daydream to your own specifications. I’m starting to get ready for the first ‘post-Covid’ travel (to the US). It feels curiously daunting. I don’t know that Alice Oswald book. Hm, I’m intrigued, I guess with qualifications after your mixed review. My favourite Paul Metcalf novel, which is also one of my all-time favorite novels in general, is ‘Waters of the Potowmack’. Amazing! Man, the Friday you prescribed for me sounds so nice. Hard to live up to, but, you know what? I’m going to give it the old college try. I wanted to wish you a Friday like the world’s longest log flume ride (located in Dubai) but I couldn’t find a video of it even though I’ve watched videos of it slack-jawed many times so I fear I have to wish you a Friday like whatever your imagination thinks the world’s longest log flume ride would look (and feel) like. xo, me. ** Bill, Hi, B. I’ve heard of Grey Area. I’ve never been there though. I’ve put Ron Koertge’s poems in a number of group poetry-oriented posts, but I don’t think I’ve spotlit him, very strangely. But I will. He rules. ** Dalton, Hi, Dalton. Happy you’re feeling better. Obviously, heavy encouragement on the writing front. I’m someone who thinks you should write when you’re excited to and not force it or expect write in a routine way, but it’s true that one sometimes needs to get over that weird avoidance block/bump to get there. I’m pretty damned good at avoidance too, if I don’t say so myself. I hear you about the family stuff. I crashed at friends’ places and then moved out as young’s possible, which at least put a little distance on all of that. I feel about 90% sure that Vollman loves and was influenced by Metcalf. I’ll ask him if I ever bump into him. Good day to you too, and I hope yours sparkles. ** Corey Heiferman, Hi. Effective collaborators who don’t actually like each so much can work, right? I mean bands whose members hate each others’ guts stay together forever. But I guess there’s the money incentive in that case. I agree with your thinking there about the cross-pollinated clique thing. And writing-wise too. Good use of your noggin there, man. ** Okay. Here’s a goofy restored post from a long time ago for you just because. See you tomorrow.