“It’s charming but in its own way a little creepy, like there’s some kind of conspiracy, or some hidden meaning in the song beyond a cute little signature.” – Kisrael.com

RayeliB (2 months ago)
So THAT explains the tune I listened to while playing Yoshi’s Story. I remember wondering why the music changed so suddenly xD That was so long ago.

Purly (3 months ago)
I didn’t say creepy silly~ I said wacky~ You know, funny and wierd~
I don’t know the game at all, only because Totaka’s song is in there.

Kazumi Totaka (戸高 一生 Totaka Kazumi?, born August 23, 1967) is a Japanese music composer and voice actor from Tokyo who composed many major Nintendo games, including Mario Paint and Animal Crossing. He occasionally also does voice acting for Nintendo games, including Yoshi from the Mario and Yoshi series. He is also one of the various composers who worked on the title Super Smash Bros. Brawl. 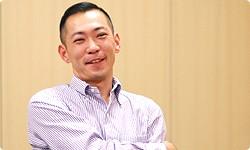 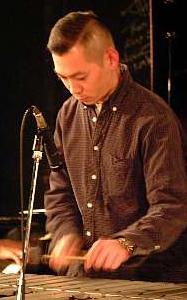 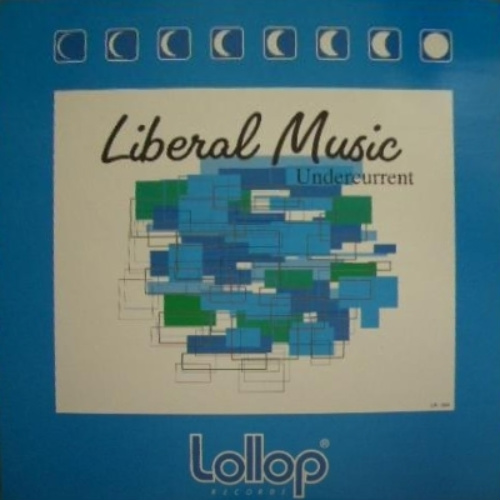 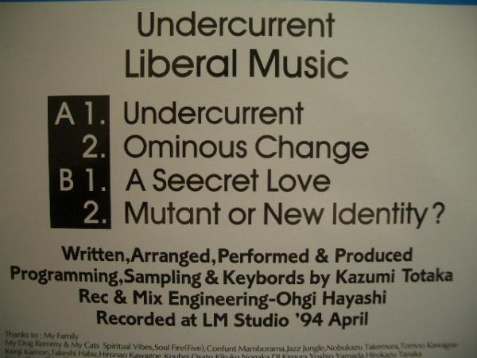 Kazumi Totaka is also a vibraphonist, working in many solo or group music productions. His alias is known as Liberal Music from lollop record releases. Totaka is the vibraphonist in the group Spritual Vibes with Nobukazu Takemura and singer Kiku. Most of his projects were active in the mid to late 90s, and were mainly collaborations with Takemura. 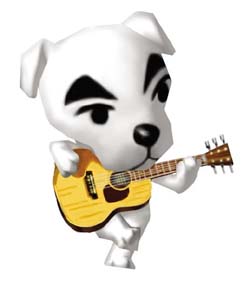 “Those industry fat cats try to put a price on my music, but it wants to be free.” – K.K Slider

K.K. Slider, known as Totakeke in Japan, is a character in the Animal Crossing series of video games, who has attracted a cult following in his own right. He is a dog who performs songs on Saturday nights after 8:00 PM. In the original Gamecube game, he performed outside the train station. This venue is not featured in the later DS and Wii versions. Instead, he appears at a café known as The Roost, a venue not present on the Gamecube. If the player has room in their inventory, K.K. will give them a ‘bootleg’ of one of his songs, which is a tape version adapted for playing on an in-game stereo. Though recognizably the same song, the bootleg version often differs considerably in style.

K.K. Slider is widely recognized as being a game version of Kazumi Totaka.

“Kazumi Totaka’s Song” is a short, 19 note tune hidden in almost every game he has worked on as a composer. It was first discovered on the title screen Mario Paint, which led many people to refer to it as the “Mario Paint song”, and was thought to be the first instance of the song. It has since been discovered in the Japan-only Game Boy game X, which predates Mario Paint by months. It was later found in many other games including Animal Crossing, Link’s Awakening, Yoshi Touch & Go, Virtual Boy Wario Land, Luigi’s Mansion, and several others. As of now, people are still actively seeking the song in the few games Totaka has worked on where it has yet to be discovered.

Totaka’s secret theme tune has been discovered in the following games:

Gamers are still looking for the song in the following games and applications:

EXAMPLES OF HOW TO FIND TOTAKA’S SONG

On the title screen, click on the O at the end of “MARIO”. It will turn into a bomb and explode, scattering the letters everywhere. The music will stop and in its place will play Kazumi Totaka’s song. 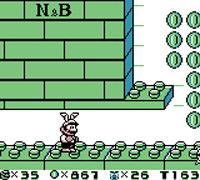 Lose all of your lives so you get the Game Over screen. Wait on the screen for a minute or so, and Kazumi Totaka’s song will play.

The Legend of Zelda: Link’s Awakening 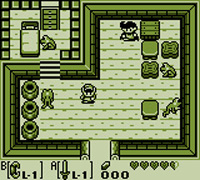 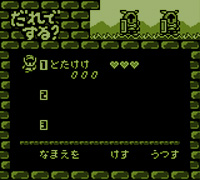 1. You meet up with a character called Richard during your search for the Slime Key. Richard, the frogs in his house and the background music are all originally from Kaeru no Tameni Kaneha Naru – another of Totaka’s games. If you wait for the music in his villa to loop several times, Kazumi Totaka’s Song will begin to play.
2. On the title screen in the Japanese version of the game, if you enter your name as Totakeke then the File Select music will change to a remix of Kazumi Totaka’s song. The only other version of the game this works in is the German version of Link’s Awakening DX, only you have to enter “MOYSE” as your name. Claude Moyse was the German translator on the game.
3. A third instance of Totaka’s Song has been heard on the game’s dumped music soundtrack, but so far has not been found in the game. It sounds like it is played on one of the Instruments of the Sirens. 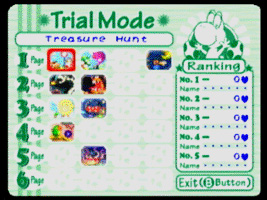 Wait for a moment on the Trial Mode stage select screen. After the music has looped a few times it will stop and Kazumi Totaka’s song will play. 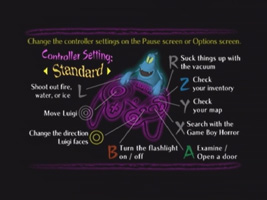 After you first meet E.Gadd, you will be asked to do some training with the Poultergust. Before your training begins you will see a screen where you are shown the controls of the game. Wait on this screen for 3 minutes and 25 seconds, and the music changes to Kazumi Totaka’s Song.

Story of Totaka’s Song, part one

p.s. Hey. ** Scunnard, Hi. Yeah, it’s a goodie. Oh, nice, thank you, and that’s cool and kind of Chris. I’ll go it read it shortly. Everyone, The fine writer and occasional commenter Chris Kelso has a think piece up on invert/extant called ‘Creatively Mourning the Novel’ that should be a highly interesting read and apparently brings up my work if that adds any incentive. Here. ** Ian, Hi, Ian. If anything turns up, I’m def curious to see. Thanks! Vietnam! Nice. Never been there, but friends who have rave. And three days of camping doesn’t sound too shabby either. Great day to you! ** David Ehrenstein, Hi. Man, he is the youngest looking 80 year old ever. You would never ever know. Not surprised he’s nice. Hm, I don’t know who the nicest famous person I’ve met would be. So many have been so nice and so few not. Hm. ** Misanthrope, It’s total renaissance time in the indie presses. Never seen such a flood of fantastic books, and that’s been going on for years now, and it only gets more fulsome all the time. My favourite cake used to be wedding cake, but the sugariness has become kind of brutal, so now I’m all about Japanese, bean-paste based cakes, oh my god. Nice your parents were so generous. Mine were too, but they were easily as generous with their evil as with their niceness. ** Bill, Hi, B. ‘Dreams of Amputation’ was a really good one. You should start a “recontextualize” collection. I can’t think of anyone who’s done that in a public way or public enough. ** _Black_Acrylic, Howdy, Ben. It’s a beaut. Big up on the DCA reopening! Our art joints reopening up here has made a big difference. Yes, and you can return to your ‘The Call’ stewardship! Hooray on that news! ** Sypha, That ILP anthology won’t be out until next year, or at least my deadline for giving them whatever I do is next March. Your mini golf experience is lovely and painful being such a fan and so deprived here where there are maybe two mini golf courses in the whole country and they’re as flat and unadorned as pancakes. We have a great zoo in Paris. Well, two, but only one is great. It’s a long trek to get to, so I’ve only been once, but it’s giant and has the most beautiful, huge fake mountain in the middle of it. ** Steve Erickson, Hi. Everyone, Two reviews from Steve today. They are of … Margo Price’s new album THAT’S HOW RUMORS GET STARTED and Bill & Turner Ross’ film BLOODY NOSES, EMPTY POCKETS. I was startled by how prolific Morricone was too, and how all over the place his gigs were. I listened to the new White Boy Scream album once and was not impressed. I might try it again. I found it kind of irritating. I … think I haven’t heard the Feminazgul. I’m intrigued. I’ll hunt it. Yeah, I’ve gotten fantastic feedback on ‘Zac’s Drug Binge’ from all over the map, and I’m thrilled about that, of course. ** Jeffrey Coleman, Hi, Jeff, really nice to see you, man. Shipley’s cool. Well, I don’t know him personally, but the writing sure is. Thank you for reading my stuff. Yeah, gracias. Ha ha, I had not seen that, and, honestly, if i had seen it without the attribution, I would never have guessed that was supposed to be Bret and me. Wacky. Everyone, the awesome Jeffrey Coleman points out an online interview with the Italian artist Ila Pop, and if you scroll down you will see what’s supposed to be a drawing of me holding up the severed head of Bret Easton Ellis. Here. Thanks, bud. Have an excellent one. ** Right. Today I’m restoring a formerly dead oldie of a post made by writer supreme Thomas ‘Moronic’ Moore that’s especially for his and my fellow Nintendo fans or looky-loos. Fun and intrigue galore if you allow it inside you. See you tomorrow.