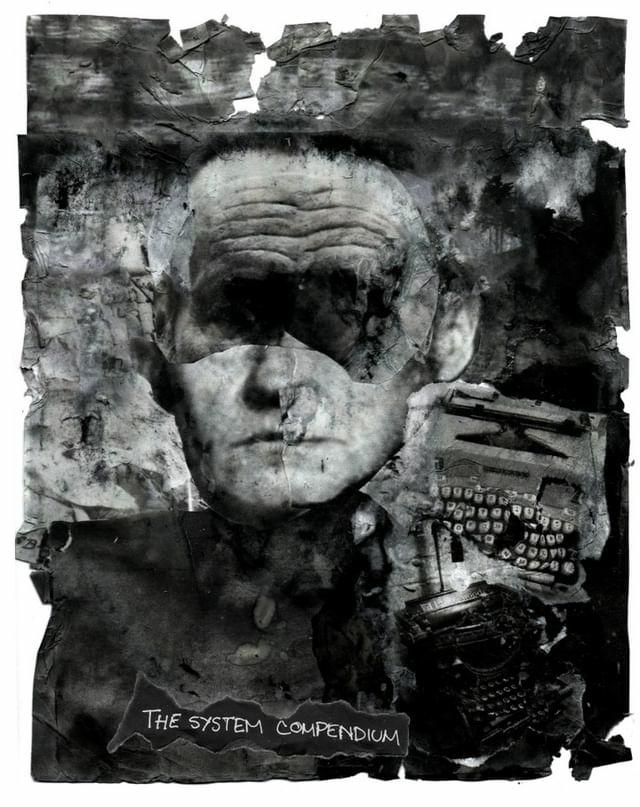 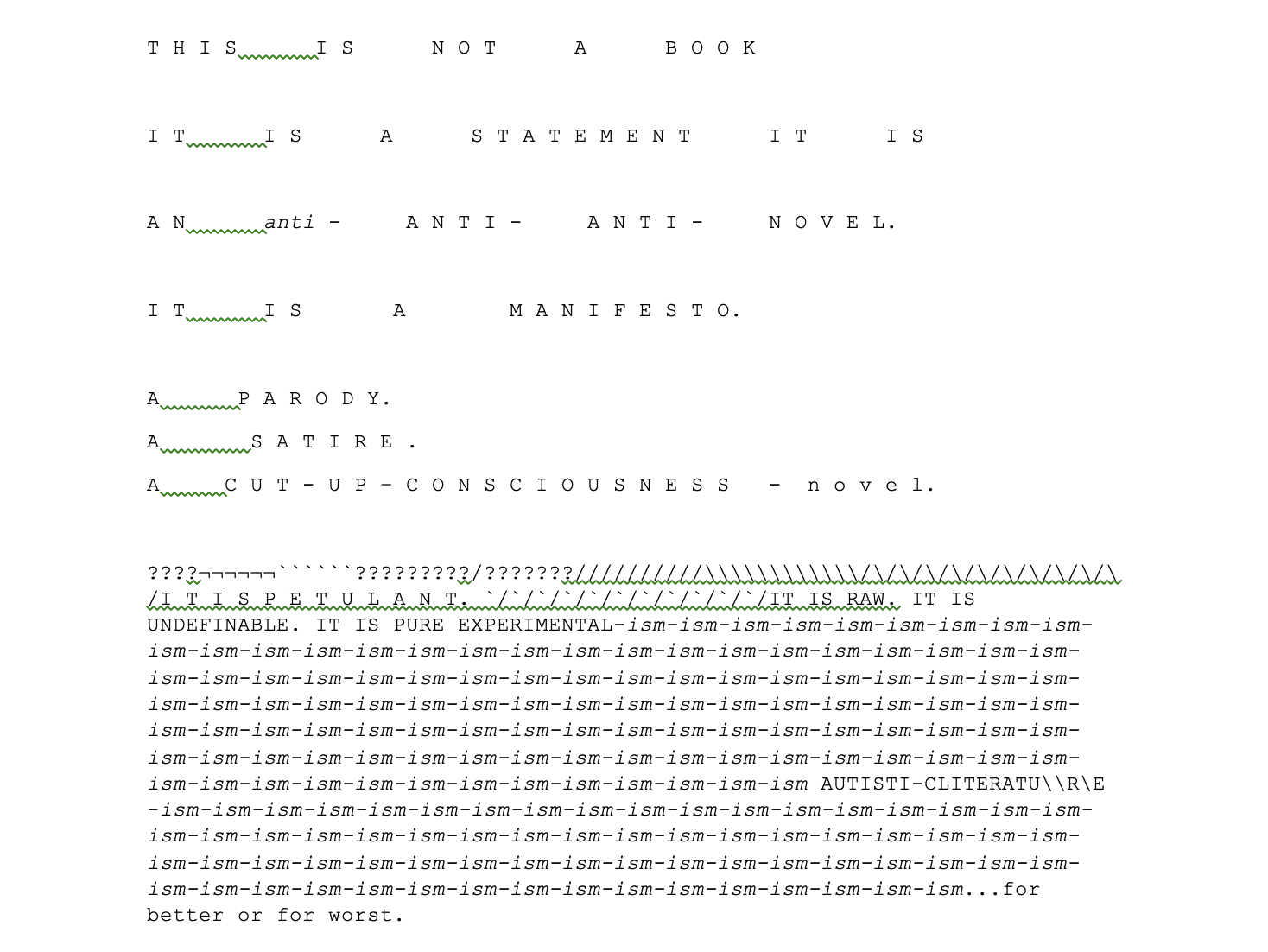 ‘As a person with a diagnosis of Autism, Zak strived to create a book that gives the reader the closest thing to an autistic experience, as possible, a roller-coaster ride that Zak experiences on a daily basis, a psychological and mental challenge that has been shaped into a physical form. The reader will feel most things associated with Autism by immersing themselves into Zak’s world and writing.’ — Sweat Drenched Press

‘The messiness of Ferguson’s work is not the result of haphazard assembly, it is a means by which the text can come to life. It exists in this active position. Always evolving at the same rate that your eyes are able to scan the page. As soon to develop one of its numerous micro-narratives as it is to suddenly lose connection and reboot. Partial formations of language are quick to interrupt themselves. There is never time to stop. To think. There is always some-thing ahead to draw your eyes. To lure you into this accelerated motion until you are unable to halt your momentum. Commercial breaks / interludes become disruptions in the flow of writing. The coordinates of a momentary departure. …

‘Cut-up techniques are most often used to appropriate the language / imagery of one source and to transplant it into a new context. But rarely do we see this kind of internal cut-up, in which segments of the book itself are removed–cut-out. As if finding the scene of the crime / evidence of what has happened before / the source. Where that text was removed from. These disruptions also function as a potential portal. Point A in the line from The System Compendium to another object / book / work. Whether by Ferguson or another artist. The assembly process again shifts into the spotlight.

‘Often reading The System Compendium feels like sitting in front of an old HAM radio, trying to catch one of the many transmissions bouncing around. A web of disembodied voices arise from the darkness. Each trying to progress their own narrative thread before quickly being overwhelmed by another incoming signal. Tune into the signal. Listen to each voice. Ferguson’s prose is oratory. It feels like the projection of utterance, as if the entire novel was dictated before writing down. Each page has the desire to speak. With lips and throat and larynx growing out from behind as horrific modules. The book is a thing of desire and aspiration.’ — Mike Corrao, from ON THE HYPER METATEXTUALITY OF SHIT-TECHNOLOGIES 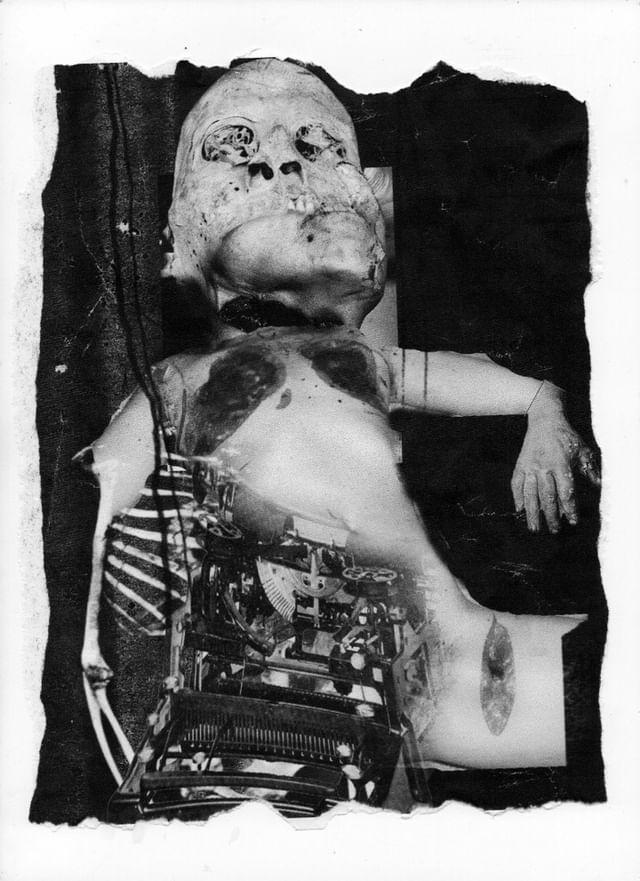 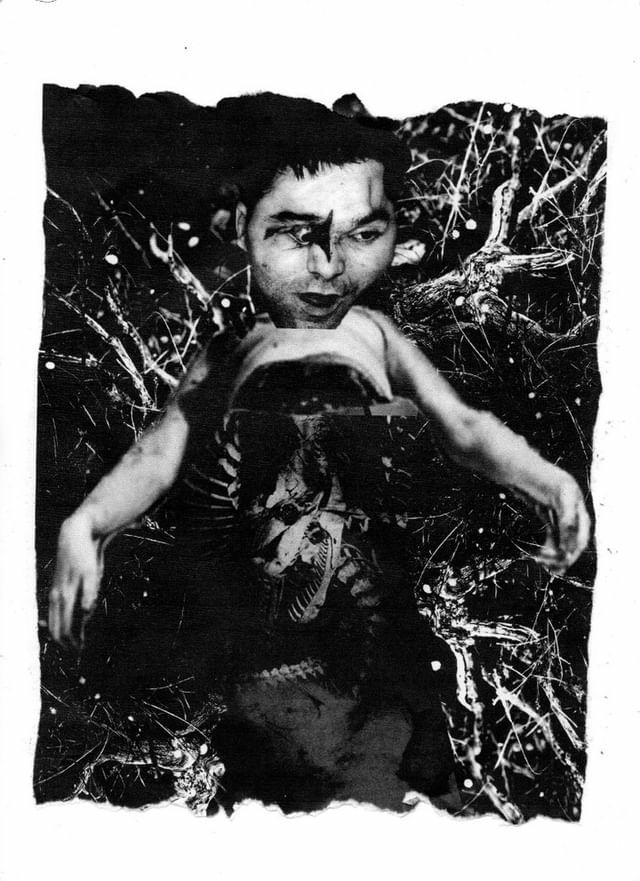 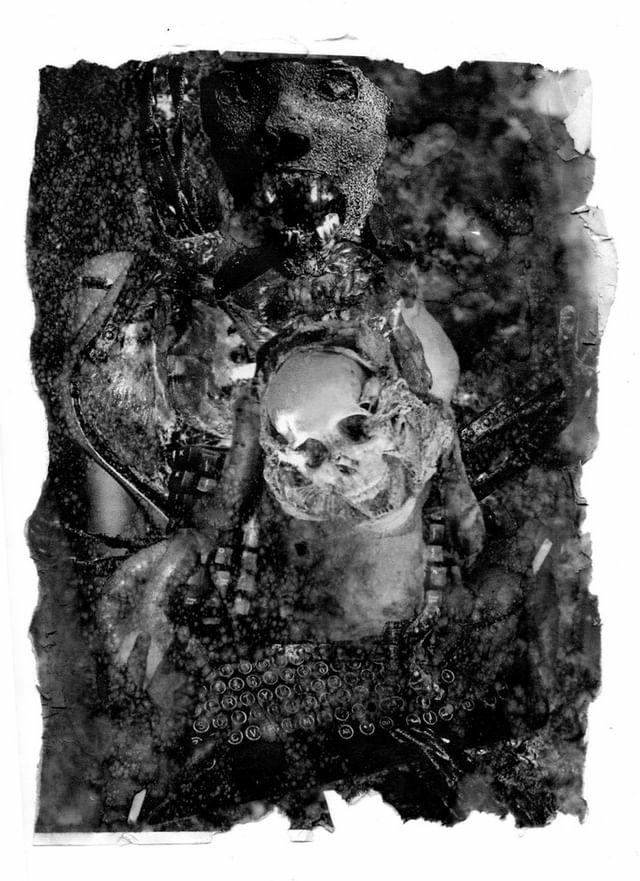 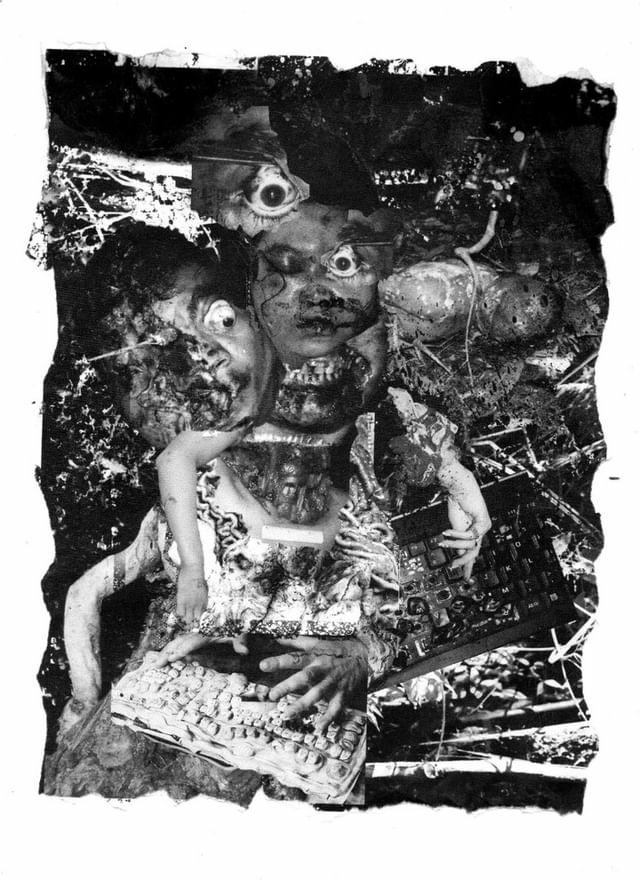 “Zak Ferguson’s writing is like letting an electric virus invade your central nervous system. Nothing is left intact. You are left wiped out and ready to reboot. It’s wonderful.” – Seb Doubinsky (Author of Missing Signal and THE INVISIBLE)

“The System Compendium is far and away the most ambitious thing I can remember reading for some time, and certainly one of the most ambitious contemporary books I’ve read in a number of years. Maximalist to the hilt and as expressive as a gob of milky spit in the face of a court-ordered psychiatrist, this is a book to live within and with, an author to keep close.” – Grant Maierhofer (Author of PERIPATET, GAG, CLOG)

“Not often does new fiction come to this world so fully formed and peculiar in its execution. Zak Ferguson’s work confuses me on the deepest levels- and I would not have it any other way- as it twists a thread of visceral narrative layers only to break it and start anew. Ferguson dredges the most specific and proscribed shapes and images to page, stilting and rendered through oblique and haunting vantage, riddled through to the baser aspects of the conscious and condensing as something more. Writers like this are born to it, when one might suspect a heritage- Bataille, Lautréamont, Bulgakov, or Burroughs- but also with a surprisingly delicate touch. Manic images somehow increasingly specific, like intimate sea-divers setting off a light-pulse from within a leviathan, merging with genres like science fiction or metaphysics and rant. It is writing that burns itself”. – Jared Pappas Kelley (Author of SOLVENT FORM) 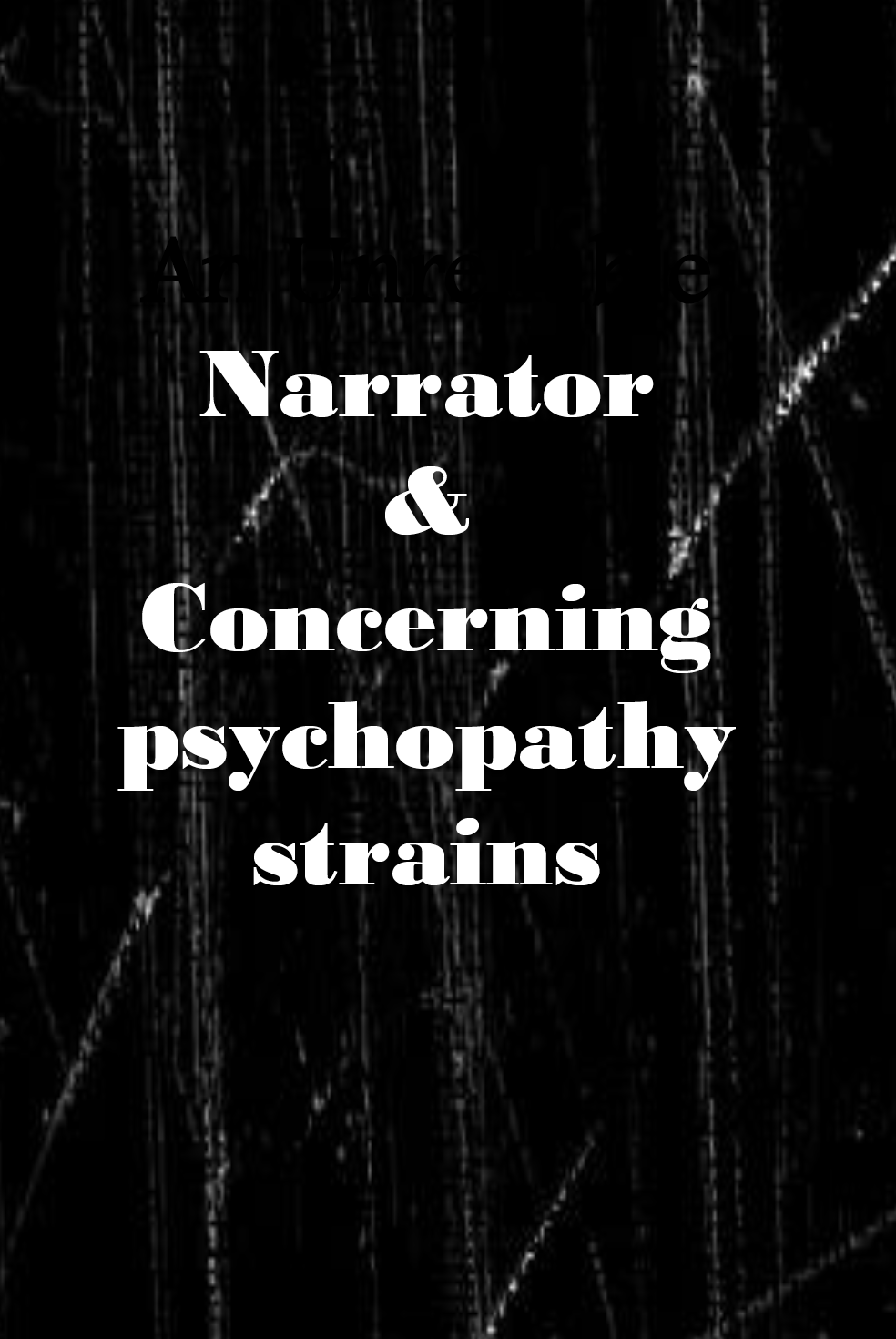 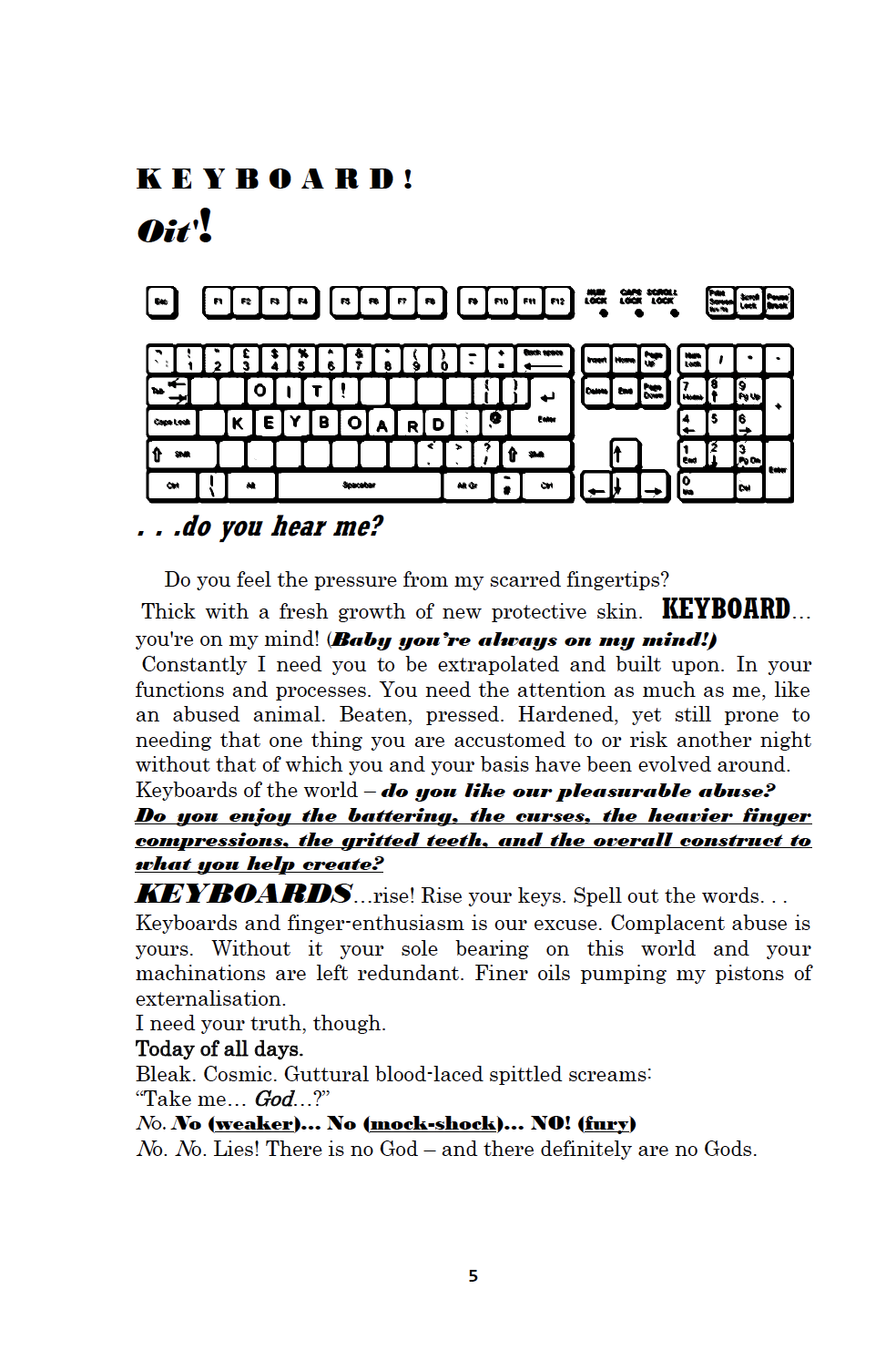 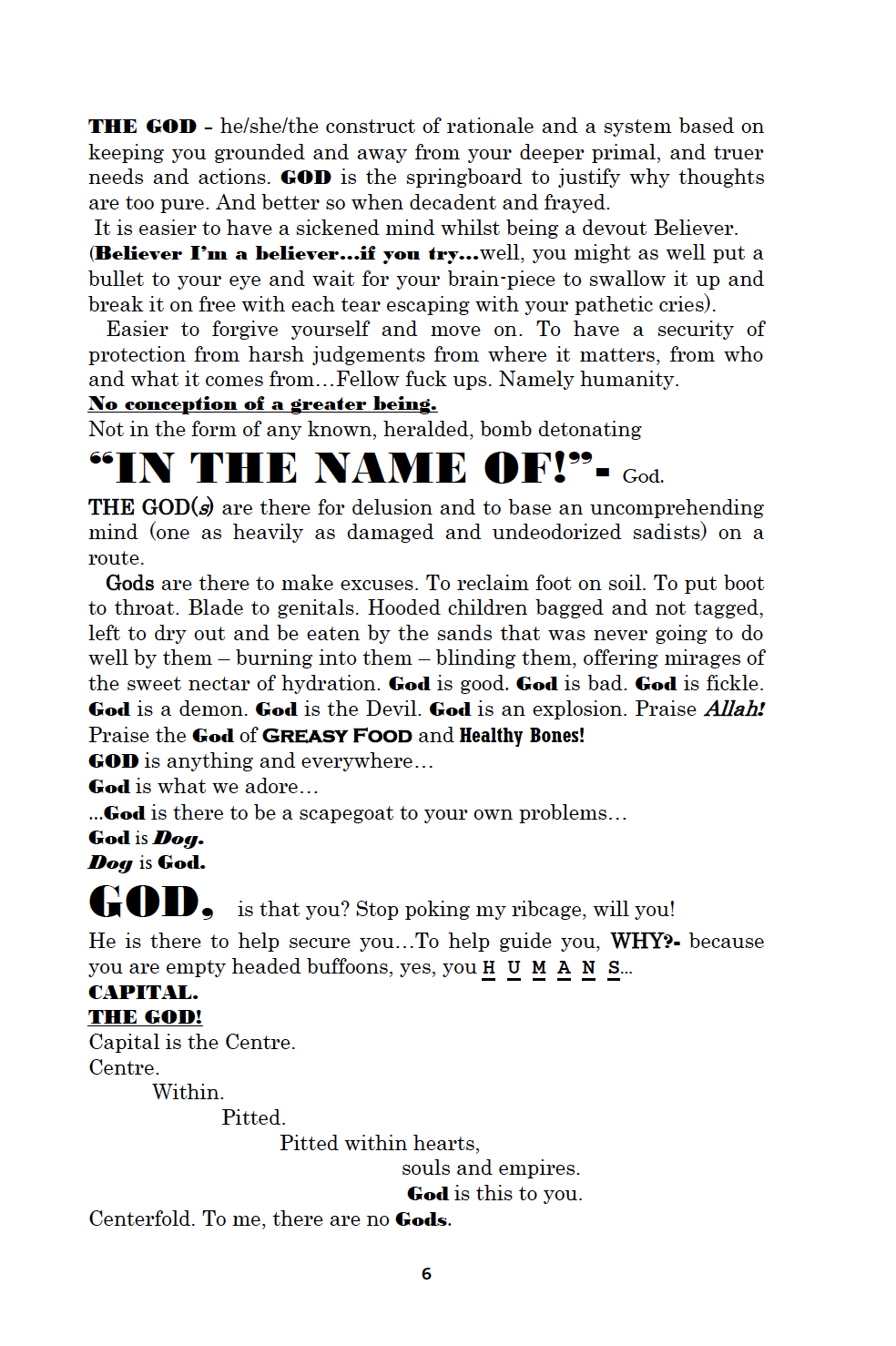 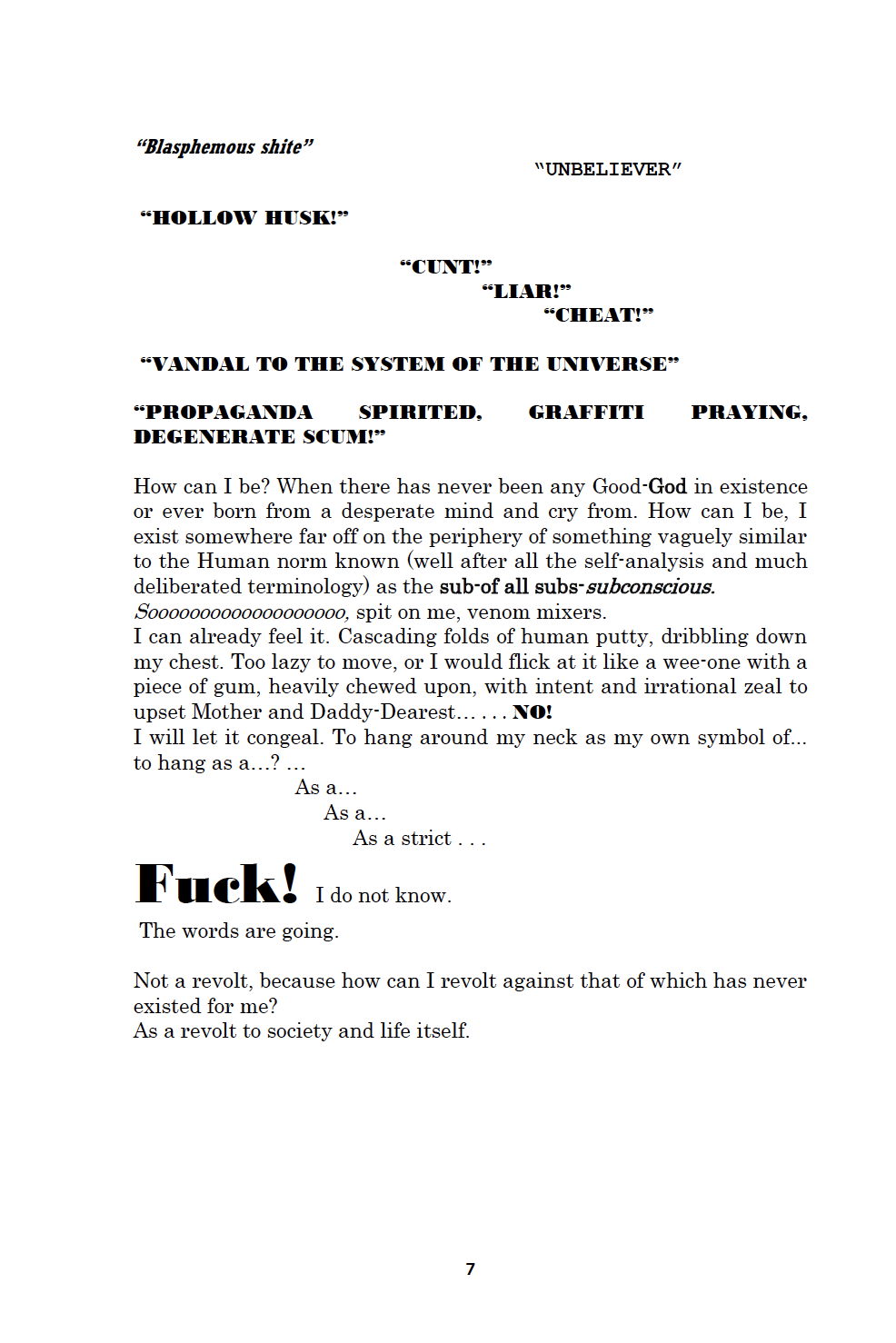 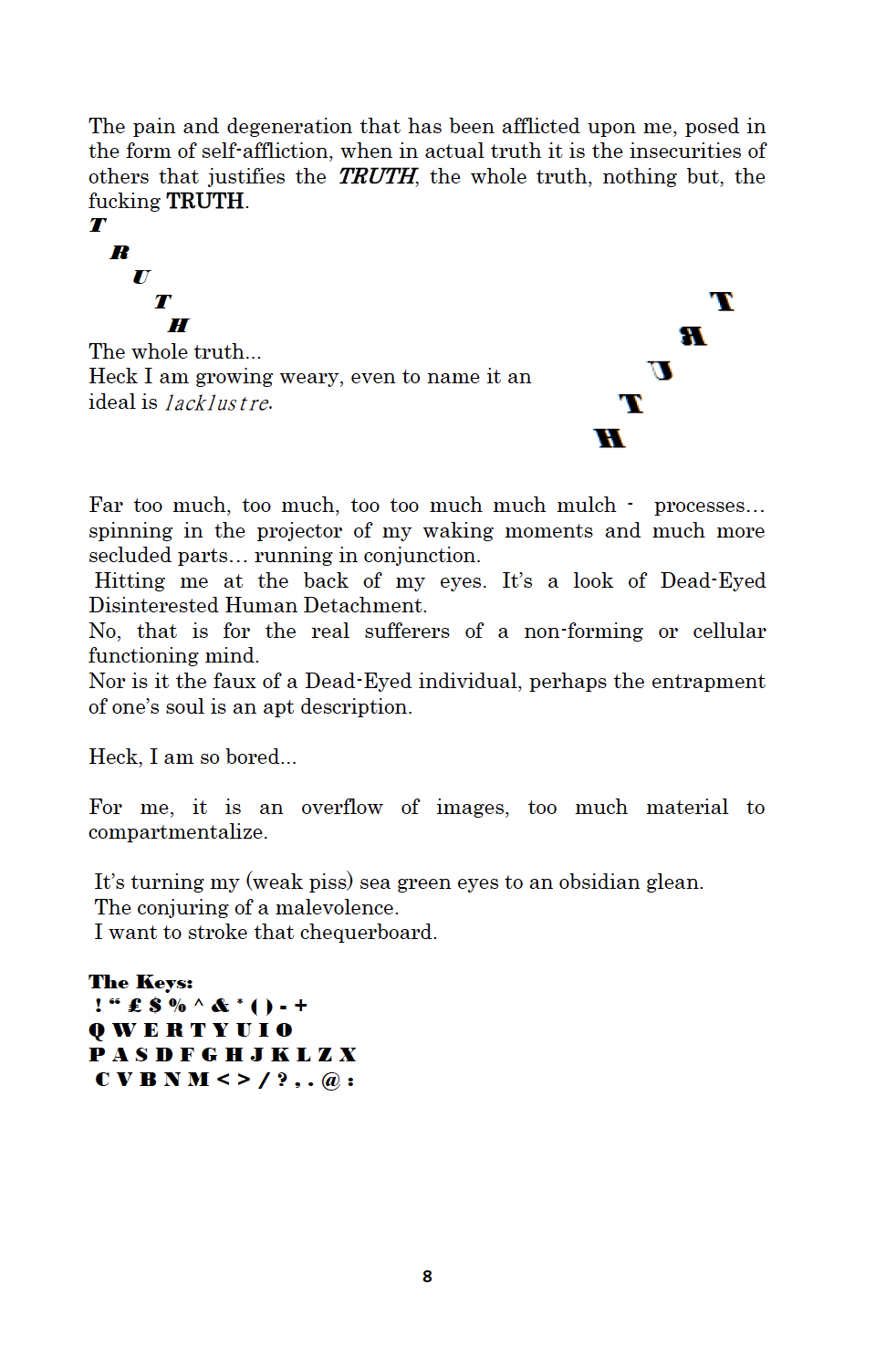 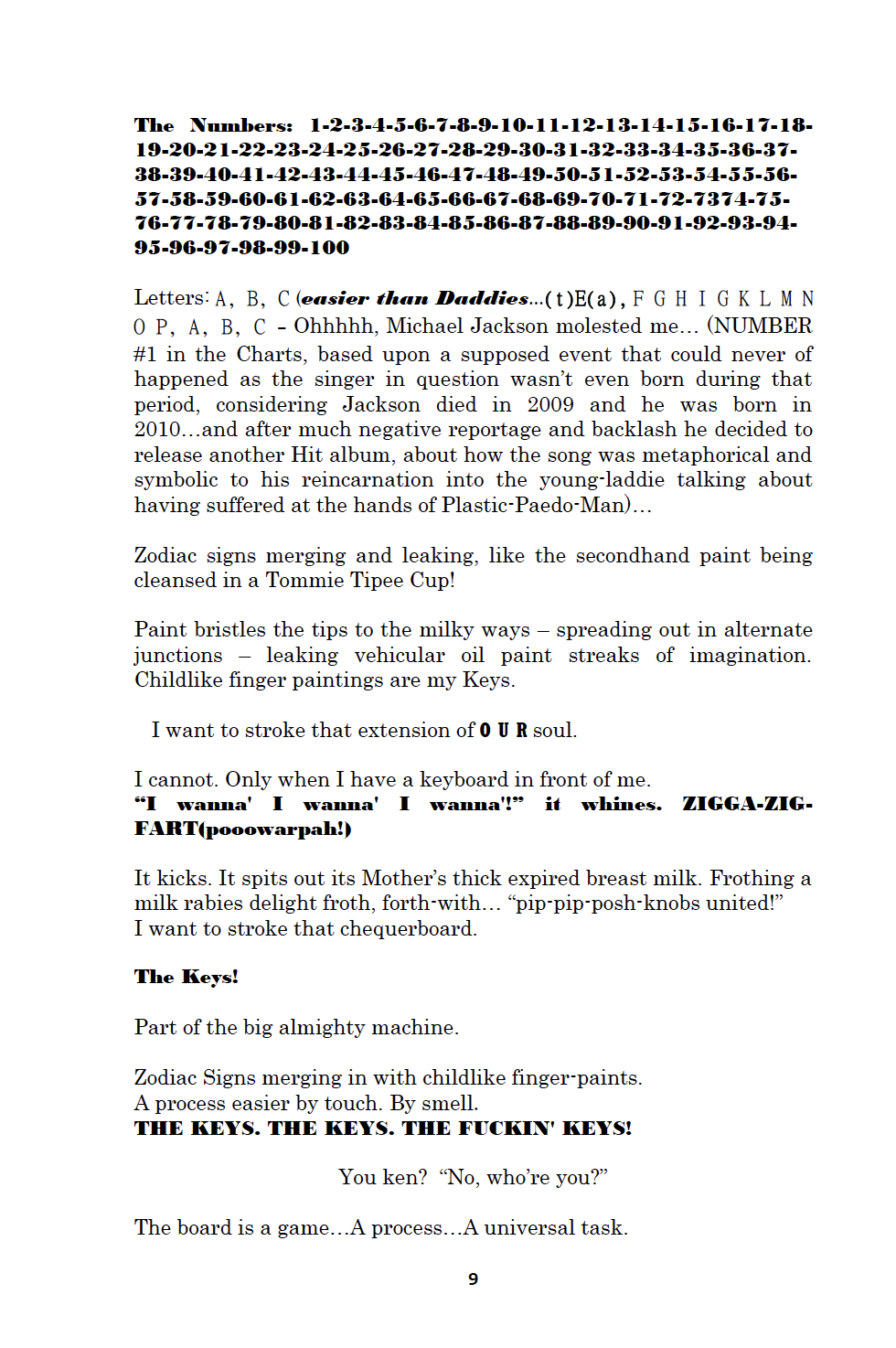 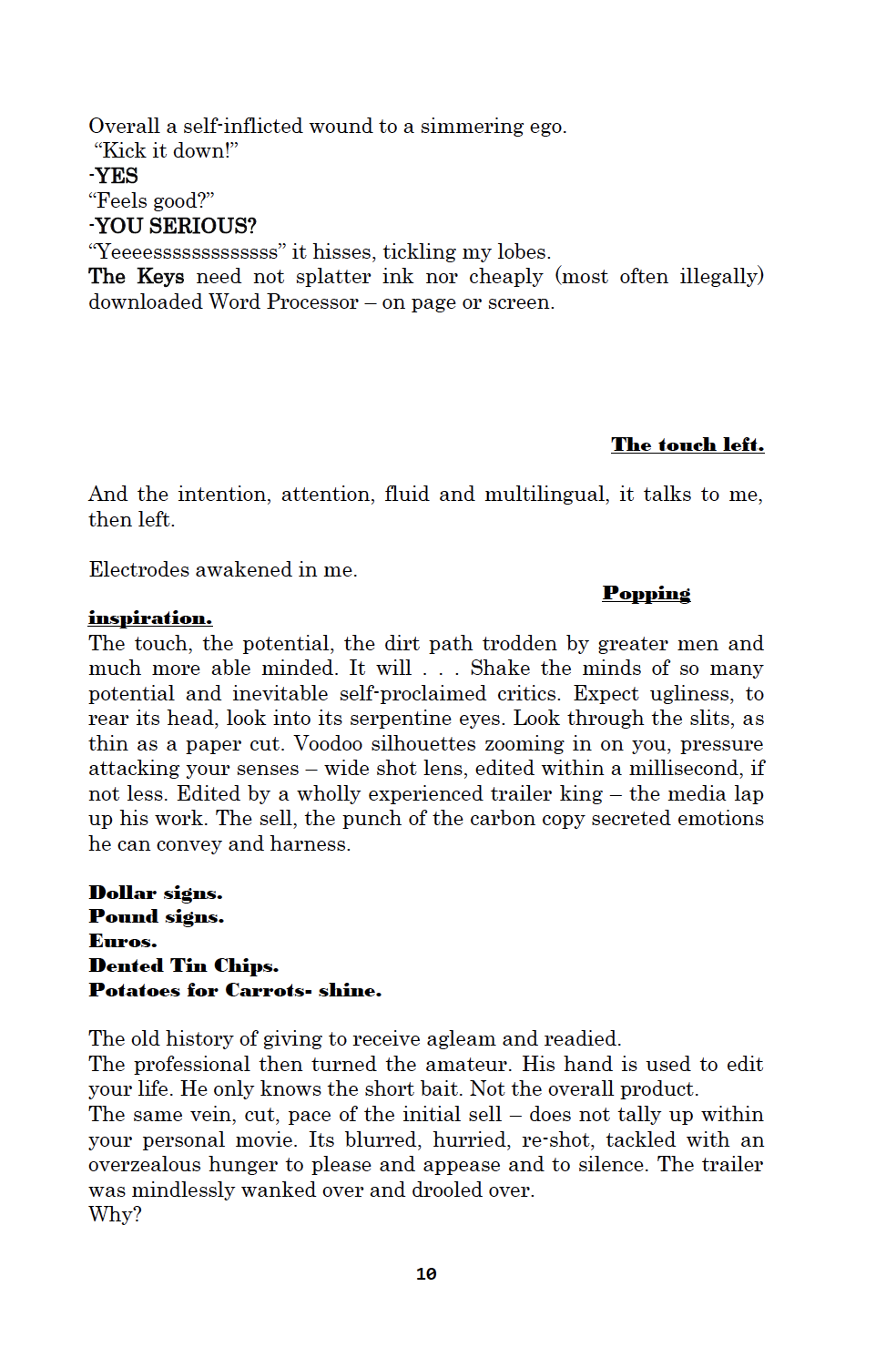 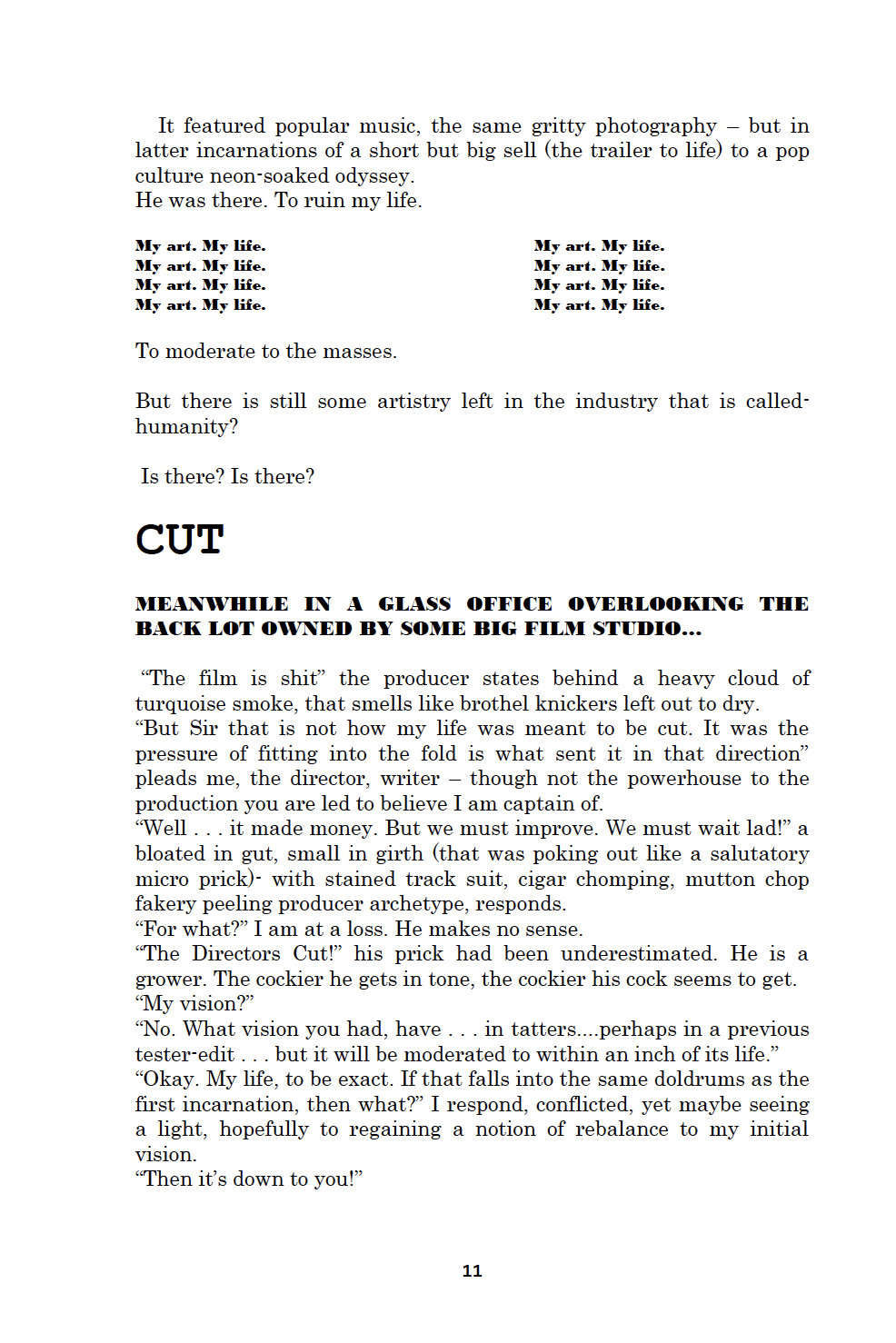 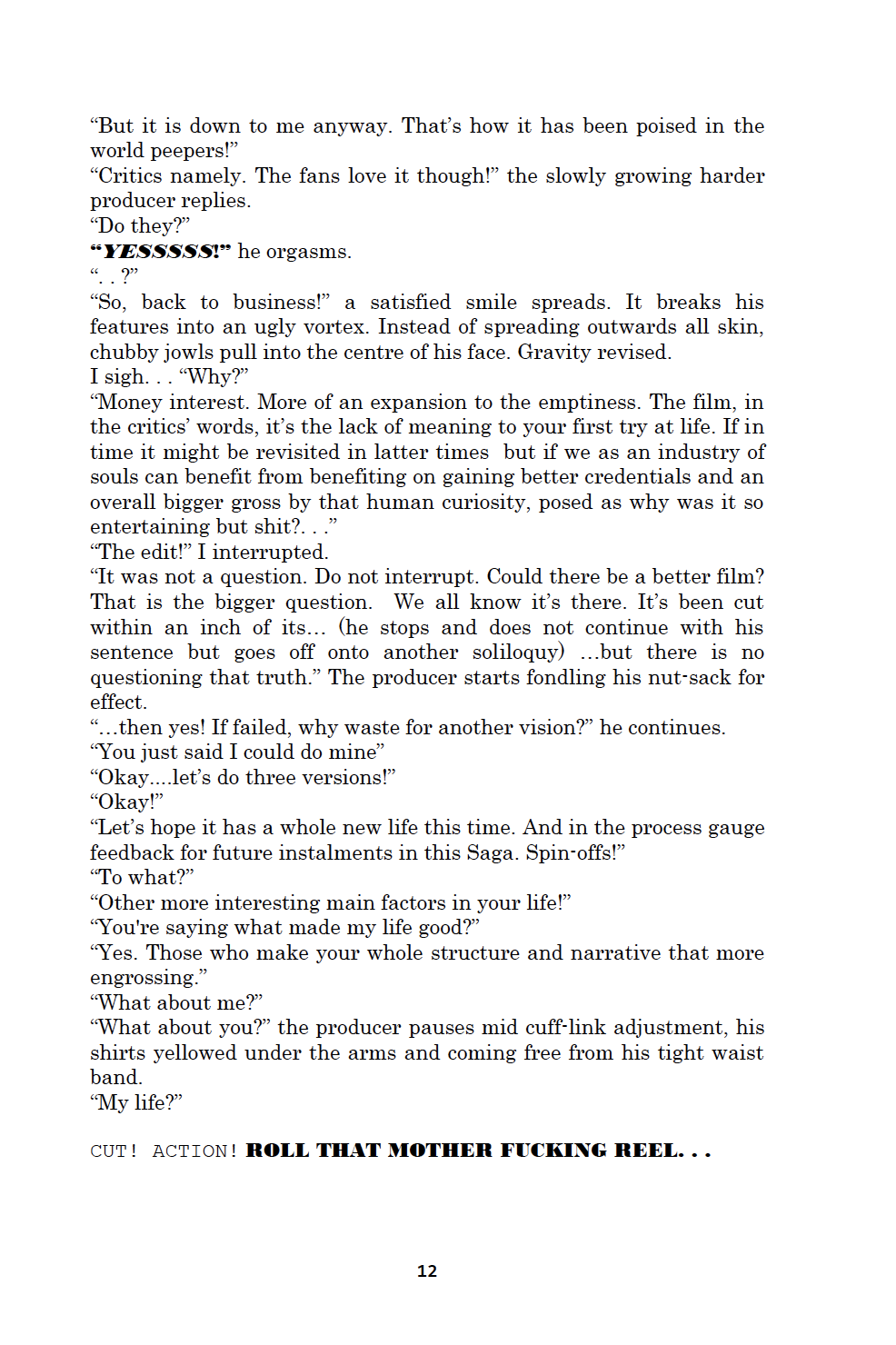 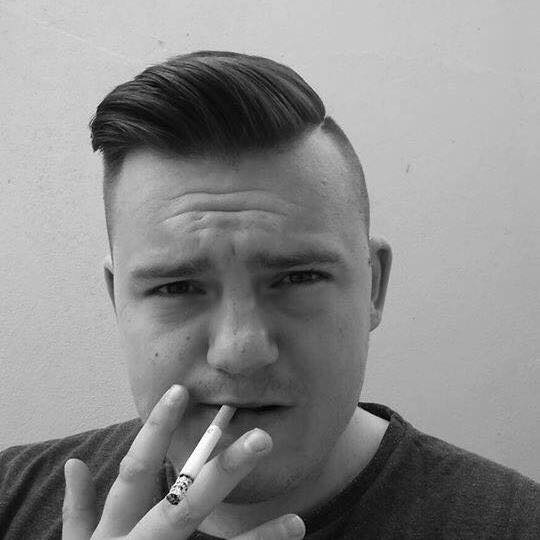 The book is heavily influenced by a variety of authors, writers, directors, bands, and overall artists.
Mainstream, indie, populist, non-populist.

The most important thing, behind me, and my works is AUTISM. That is the drive behind everything that I do creatively, whether to stem the madness or to access it and combine with it.

Here is some music that kept me company and semi-sane during the writing process – over a course of 5 years and contributed to the shape, messiness, madness, essence of The System Compendium.

So here is selection that guided me into that white noise buzzing/vibing zone. Also, I love the music videos the Prodigy get. An eclectic selection of rough, experimentation and full-on grunge.

p.s. Hey. The singular and fascinating writer (and publisher and occasional visitor to DC’s) Zak Ferguson has a new book just out that has been many years in the works, and he wondered if it might be an occasion to roll out the blog’s red carpet, and I heartily agreed, so today we usher in ‘The System Compendium’ via samples of its glories and backstage peeks. Please give it and its evidence your close attention, and center it in your radar if you feel so inclined. Thanks! ** Shane Christmass, Hi. I have heard it, and I remember it being pretty swell. I’ve been wanting to cue it up, and your link is a wish granted, thanks, man. ** Misanthrope, Hey, G. I see. ** _Black_Acrylic, And the film pretty much lives up its title’s hype. Fist pump for Scotland today. ** Tosh Berman, You know, I don’t know if they’ve been translated. Odd. Maybe not? I feel like I would have noticed if they had been  in my post making forage. I can fairly safely say that Paris is Paris in all its wondrousness again. And today France drops the masks outdoors mandate, so even more so. ** Dominik, Hi!!! Yeah, I feel pretty myself again. I have a long walk to a scheduled destination ahead of me this morning, so I’ll find out for sure. We got a great storm last night, so I’m hoping it’ll be easier outside. Ha ha, hot dog. Of course now I’m going go spend hours looking at kinetic sand cutting video compilations because that’s just the sort of thing a nerd like me gets sparkly eyed about. Thank you, D. and love! Love making every human being on earth simultaneously put a cigarette in their mouths and try to light it unsuccessfully with a broken lighter while making a frowny face, G. ** David Ehrenstein, I haven’t seen an official obit, but Midgett’s close friends Raymond Foye and Penny Arcade mentioned it on Facebook and linked to some great interviews with him if you’re friends with them on there. ** Steve Erickson, Yeah, Criterion announced that box set the very day after I made the post, which was excellent timing. Yes, I would say ‘The Sporting Club’ is an excellent McGuane, but I think the next two — ‘Bushwacked Piano’ and ‘Ninety-Two in the Shade’ are even better. Curious to read your Ozon review — and hear your song. I’ve heard nothing very good about the Ozon. Everyone, Steve reviews Francis Ozon’s new film and drops a new song while he’s at it. ** Jeff J, Hi, Jeff. The very latest Peebles’ are a sort of slight return to form, but they’re not up there with the early films. Thanks a lot for that link! I am very interested, of course. A very hearty welcome back to your brain. Mine is finally emerging from its 2nd vax attack too. Brain wave party! I haven’t gotten to the Wang Bing show yet. It’s an exhibition of projections, videos, images, ephemera,  and short things. The actual films are getting a Cinematheque retrospective that starts soon. The only films I’ve seen very lately that I’ve liked a lot are Artavazd Pelechian’s NATURE and Tori Kudo’s ARCHIVE. I’m seeing the Sparks doc this weekend. Bon day, bud! ** Right. Please give Zak Ferguson’s book your local everything today. See you tomorrow.