‘Today’s scientists have substituted mathematics for experiments, and they wander off through equation after equation, and eventually build a structure which has no relation to reality. Let the future tell the truth, and evaluate each one according to his work and accomplishments. The present is theirs; the future, for which I have really worked, is mine.’ — Nikola Tesla

‘Twin Solid State Musical Tesla coils playing Mario Bros theme song at the 2007 Lightning on the Lawn Teslathon sponsored by DC Cox (Resonance Research Corp) in Baraboo WI. The music that you hear is coming from the sparks that these two identical high power solid state Tesla coils are generating. There are no speakers involved. The Tesla coils stand 7 feet tall and are each capable of putting out over 12 foot of spark. They are spaced about 18 feet apart. The coils are controlled over a fiber optic link by a single laptop computer. Each coil is assigned to a midi channel which it responds to by playing notes that are programmed into the computer software.

David Bowie as Nikola Tesla in ‘The Prestige’

‘In the 1930’s Nikola Tesla got involved with a group with was experimenting with moving through the Time/Space continuum. In the early 1930’s, the University of Chicago investigated the possibility of invisibility through the use of electricity. In 1939 this project was moved to Princeton’s Institute of Advanced Studies, this is not far from Philadelphia. The Philadelphia Experiment, otherwise known as Project Rainbow, has been a subject of long controversy and debate. It was an attempt by the Navy to create a ship that could not be detected by magnetic mines and-or radar. There was also talk of invisibility projects and mind control experiments. The truth behind this project will never be known to the public. Many of the stories associated with this infamous experiment are wild: whispers of men ‘freezing’ in time for months, rumors of men traveling through time, and horror stories of men becoming stuck in bulkheads or even the floor of the ship itself.

‘The Tesla bladeless turbine consists simply of multiple shaft mounted disks suspended upon bearings which position the rotor system within its cylindrical casing. In operation high velocity gases enter tangentially at the periphery of the disks, and flow through the narrow spaces between them in free spiral paths to exit, depleted of energy, through central exhaust ports. The slight viscosity of the moving gas along with its molecular adhesion to the disks combine to drag them along, efficiently transferring the fuel’s energy to the disks and on to the shaft. There are some who believe that if this engine was built using advanced technology and materials it would have a power-to-weight ratio that compares favorably with bladed turbine engines.

‘I was tolerating the spin on what Tesla was like up until the “I like to get scratched if necessary” line in the trailer. Tesla was a loner. A deeply introverted and intellectual person. He was in love only once in highschool back in Croatia. He had nothing to do with American femme fatale women. He was not flirting in bars telling people that he likes to get scratched. Movie The Prestige got Tesla more right than this, and Prestige is a movie about magic machines that clone people. And I read some comments here saying that people don’t know what Tesla was like anyway. I’m from Croatia, I know what Tesla was like.

‘NikolaTesla One is charactertized by a perfect synthesis of cooking and suction, an intelligent, powerful and silent product that offers consumers a real revolution in the kitchen, for unprecedented results : 4 cooking zones, 2 bridge areas, the best technology used to keep the food temperature under control, 5m/s fumes and odors collection speed rate, just 59dBA of noise, A+ energy class rating.

How to build a Tesla Coil

‘A significant event deserving recognition this year is the 100th anniversary of Nikola Tesla’s momentous exhibit at the 1893 Chicago Columbian Exposition. It was 100 years ago at this world’s fair that Tesla and George Westinghouse first introduced the American public to the alternating current electrical power system. Among the exhibits was a novel demonstration known as the “Egg of Columbus” used to explain the principal of the rotating magnetic field and the induction motor. A reproduction of this device, presently on display at the Belgrade Nikola Tesla Museum, is shown in operation.

from ‘Violet Fire’, an opera about Nikola Tesla

The extraordinary life of inventor Nikola Tesla (1856—1943) provides the framework for the world premiere of Violet Fire, a multimedia opera. The production debuted in July 2006 at the National Theater in Belgrade, playing four sold-out performances and receiving enthusiastic critical and popular response. On October 18, 20 & 21, 2006, the Brooklyn Academy of Music presented the opera’s US premiere in New York as part of its Next Wave Festival, featuring singers from Serbia’s National Theater.

Nikola Tesla designed the first hydroelectric power plant at Niagara Falls, New York which started producing electrical power in 1895. This was the beginning of the electrification of the United States and the rest of the world. Today, Tesla’s AC electricity is lighting and powering the globe. Nikola Tesla is the genius who lit the world. Now, the inventor of alternating current has a permanent tribute overlooking the Horseshoe Falls at Niagara Falls, Canadian side. As a boy, Tesla saw a picture of Niagara Falls and told his uncle in Lika, Croatia, that he wanted to put a wheel under the falls to harness the power of the moving water.

‘Sharks have spiral-shaped intestines that work in a similar way to an unusual valve designed by Nikola Tesla. Studying their anatomy could help improve industrial fluid-pump technology. Most animals have tubular intestines that use muscle contractions to push food along like squeezing a tube of toothpaste. But sharks slowly channel their meals through spirals without needing muscles to push the food. Their intestines are also shaped in a way that only allows food to flow one way – like a performance-enhanced Tesla valve, says Samantha Leigh at California State University Dominguez Hills. “Sharks have all these different little tweaks to the Tesla valve design that could be making them more efficient,” she says.

Tesla technology turns on a lamp 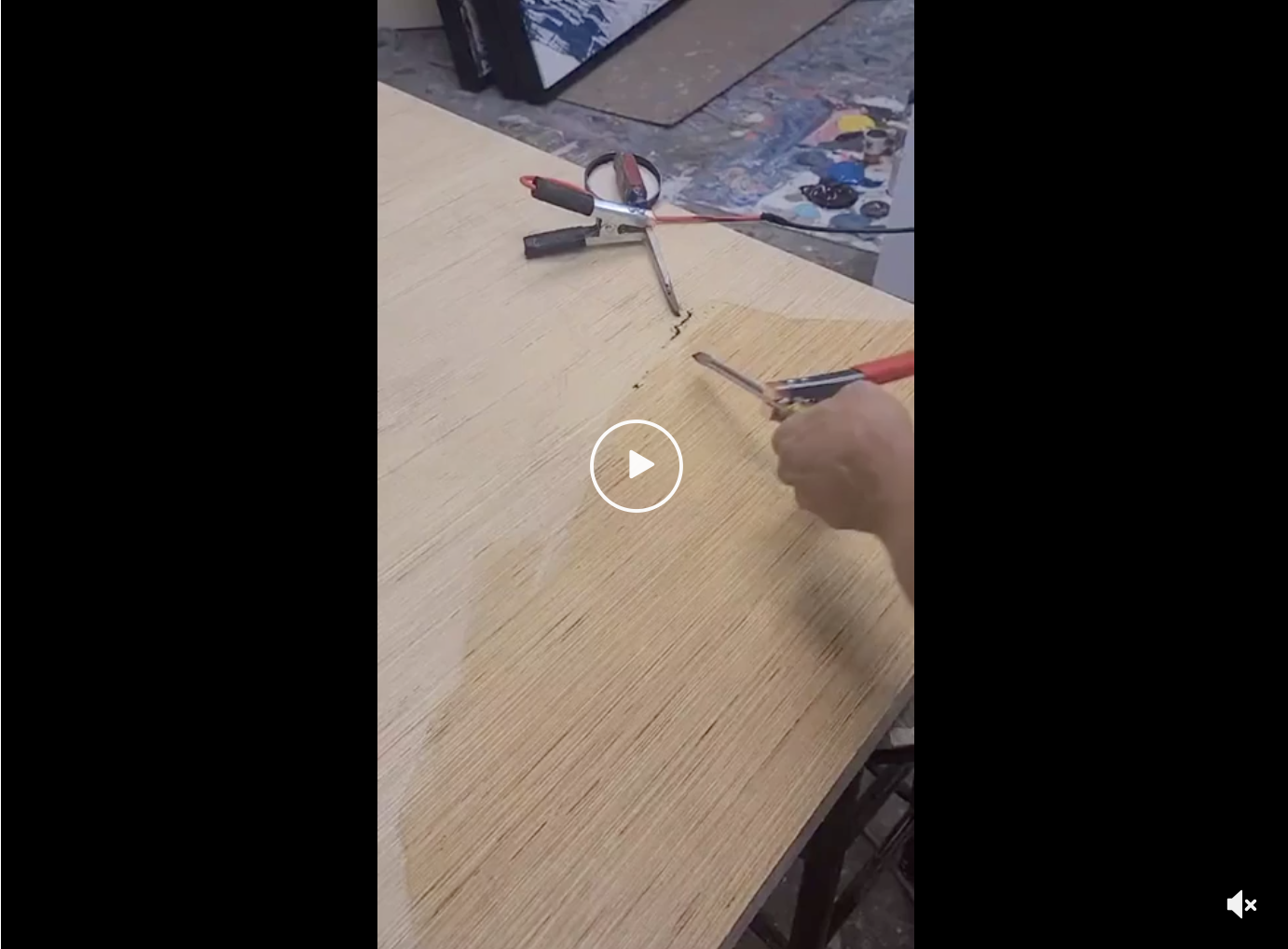 ‘A video shared online has demonstrated a hugely impressive portrait of inventor Nikola Tesla, but the technique used to do it has been criticized for being dangerous, after various reports of incidents resulting in death.

‘The Alternate: A Musical Tale of Nikola Tesla tells the fascinating and largely unknown story of an immigrant with a brilliant and unusual mind, and his big dreams of perfecting the energy that powers our world. Written by the students and staff of the 2012 Lovewell Teen Session 2 workshop in Fort Lauderdale, Florida. Filmed live at the Performance Theatre, NSU, on June 29th 2012.

‘We built these little musical Tesla coils so that we could check them onto airplanes as baggage. We had to test them…. for the lord of light(ning). So here you go: Our singing Tesla coil plays the Game of Thrones theme song.

‘”A Soul From the Future”: The first music video ever made for Nikola Tesla. Genre: Progressive Metal. Please forgive me for any flaw as making any kind of art that can carry a very heavy name as- “TESLA” is extremely hard and I did my best. I humbly dedicate this song & music video of mine to pay homage to a unique & exceptional human being and a super scientist from another dimension who came to this planet decades ago -like a flash of light- to make revolutionary changes for us -the human race.

Room#3327″: The room in the New Yorker Hotel where Nikola Tesla lived for last ten years of his life and died impoverished on January 7th, 1943. NYC’s Mayor Fiorello LaGuardia’s Eulogy to Nikola Tesla as delivered on January 10, 1943, written by Louis Adamic.

p.s. RIP Jean Luc Nancy, Charlie Watts. ** Misanthrope, Wait, you didn’t know Fruit Chan’s films? Let me pry my jaw off the floor. And by tomorrow you probably won’t remember you were ever introduced to him. What a world. You’re probably like me: sometimes lazy boned but never lazy brained. ** _Black_Acrylic, Um, you know, Ben, while I recommend ‘Dumplings’, it could very well be the thing that breaks that thin ice, so … A friend was telling me about ‘Censor’ just yesterday. I thins said she liked it okay, but she didn’t understand what all the hype around it was about. ** Bill, Hi. No, Chan’s early films are quite good. He started filming on mainline China with mainline China funding for some reason at a certain point and his work kind of devolved. That happens all the time with French film titles too. I can’t think of an example, but yeah. ** Steve Erickson, Hi. I haven’t seen his most recent films, but there are some who think the last few have something of the qualities that made his early films so good. Look forward to the essay you mentioned. I haven’t seen ‘Scream Queen!’. You make it sound very watchable. I’m assuming it’s probably on the documentary site I linked you too? I’ll check. Thank you. ** David Ehrenstein, Chan, at least, started working with mainland China money some years ago, and the quality and daring of his work has suffered ever since, no surprise. ** Right. I made today’s kind of Tesla trajectory post years ago, before even Elon Musk was a big enough deal to include, and maybe it’s kind of interesting, or so I thought when I decided to restore it. See you tomorrow.