Mine for yours: My favorite fiction, poetry, non-fiction, film, art, and internet of 2018 so far

Grant Maierhofer CLOG (Inside the Castle)

Ann Quin THE UNMAPPED COUNTRY (And Other Stories)

M Kitchell IN THE DESERT OF MUTE SQUARES (Inside the Castle)

Francis Ponge NIOQUE OF THE EARLY-SPRING (The Song Cave)

E Ruscha WHO ARE YOU (Beats in Space)

Scott Barley SLEEP HAS HER HOUSE 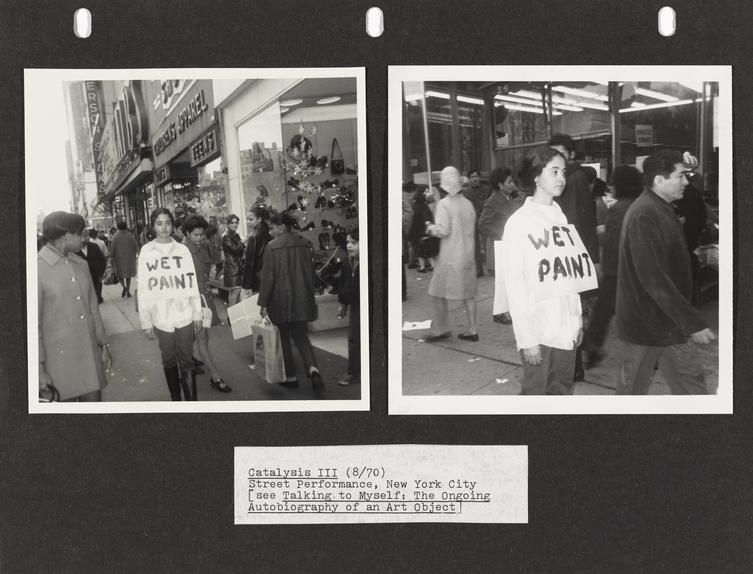 Kara Walker …calling to me from the angry surface of some grey and threatening sea. I was transported (Hammer Museum, West Los Angeles)

p.s. Hey. I’m sure I’ve forgotten or spaced out on some fave things. Please pass along what your 2018-so-far faves are, if you don’t mind, thanks. ** David Ehrenstein, Ditto. I don’t get sweet pickles in general. If a pickle’s effect doesn’t sculpt your mouth into a cave, what’s the point? ** Steve Erickson, Yes, you beat me to serpentwithfeet. Hardly the first time that’s happened. I’m glad some stuff in the gig shared its good shit with you. I don’t dislike ‘OK Computer’ whatsoever. Where did you get that idea? I’m not a big general fan of Radiohead, but that’s a very strong album. Everyone, Steve E. has a pile of opportunities for you to read his thoughts and words on current things today. Your picks: (1) His review of the Zellner brothers’ film DAMSEL. (2) His review of the new album by British pop group Years & Years. (3) His review of electronic music producer Lotic’s POWER. (4) His review of Boots Riley’s film SORRY TO BOTHER YOU. ** Sypha, Hey. It’s cool, I’ve been busy and away from here a lot too. It’s Maine time, eh? Enjoy. Hope you get a ton of breezes. Oh, of course it’s cool if you want to reference Smear/Tinselstool. I’d be nothing but honored. Sweet. ** _Black_Acrylic, Hi. I hadn’t realised that SOPHIE is a viral thing, but it makes sense, obvs. ** Chris Cochrane, Well, hello to you, sir! Oh, Mallorca: Flight cancelled at the last minute (due to an air traffic controller strike in Spain that caused flights to ‘non-essential’ locations such as Palma, Mallorca to hit the chopping block). C’est la. Zac handled everything there with his usual finesse, and his reports on the locale itself were not glowing, and I wasn’t completely sad to just stay home after that overseas red eye flight. Everything on the other front seems like it will be okay, thank you. A film of ‘Them’? I’m certainly 100% into that idea. We’d need to get someone who has ideally seen the piece and who has a good understanding of the difference between the effects of a live performance and of a filmed live performance and who could figure out how to make the piece pop as accurately and strongly as possible when it’s ‘flattened’, but I think in general it’s an extremely good idea. Yeah, let’s talk about it, etc. I’ve heard about your weather horrors. We’re getting what I think are slightly less murderous horrors over here. Big love to you, bud. ** JM, Hi. Well, I have listened to SOPHIE, it’s true. As usual with blockbusters, I just want to see what ‘Jurassic’ does with the cookie cutter structure and speed and swerves and sonic play of such things, and so on. But now I see there’s a new disaster movie, ‘Skyscraper’, and I will literally watch and take  pleasure from any disaster movie no matter how crap, so I might hit that first. Eek, Jesus, about your theatre’s ‘upgrade’ to devouring monopoliser. Do you feel guilty? You’re pretty busy there, bud. Maybe even more than me. Crazy. All not too bad sounding at all, though. ** Misanthrope, ‘The Post’ was solidly made old fashioned, standardised adult entertainment for people who want to feel like they’re serious and thoughtful but aren’t. Or something. France, I think, or somewhere, is developing a new Concorde-like flight option apparently, that’s supposedly not too, too far off, so maybe and whatever. ** Cal Graves. Hi. Are you guys going to see big shows in Vegas? I don’t know what’s there. Is Britney still there? I’d see that. I saw Lance Burton’s show once. It was fun if you like magic tricks. But way too expensive, of course. If you want to get wack, there’s Dig This. If you want to get ‘high brow’, there’s Akhob, a James Turrell work hidden away in a Louis Vuitton store in a mall, but you have to make an appointment. I have a bead on Lukyanenko. Looks interesting. There are films too. Okay, on it. Gotcha, on the tarot book. Cool. Semi-happily workingly, Dennis. ** Bill, Hi. Yeah, Vaino seems to have left a lot of stuff behind, which is strange because Stephen said he was a drugged, depressed, hardly functioning mess towards the end. Yes, high five on the Ashley Paul. Yes, curious about ‘The Endless’. I have to check my local listings. Bon Friday! ** Right. So, … lists of stuff I’ve particularly liked among things released since January, and do hit me up with your faves if the mood strikes because I’m always hungry. See you tomorrow.