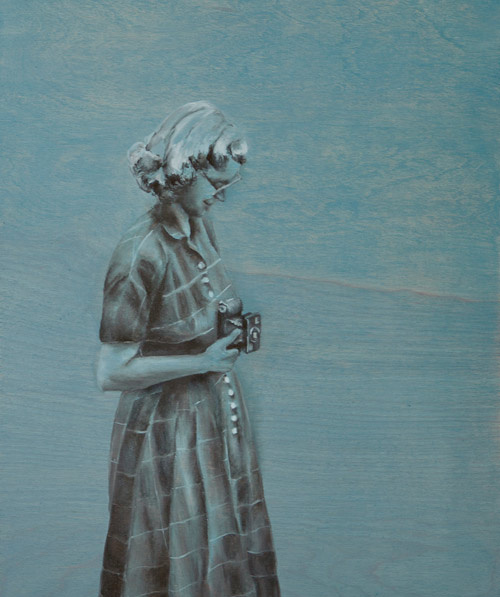 connie converse is one of my favourite musicians. i first discovered her near the end of 2009. i discovered some other musicians at this time, musicians that have become favourites as well, for example, judee sill, karen dalton and sibylle baier. but i decided to make this day about connie because it seems that she isn’t as well known as the others, and also because her music and her life touch something deep inside of me, in a way that makes me want to share my knowledge and adoration of her with everyone that i can.

i want to begin by quoting three paragraphs from the squirrel thing recordings webpage, which convey some useful information and say things about her music that i believe.

“Connie Converse was the quintessential musical enigma – an artists before her time, forgotten, and disappeared without a trace over 35 years ago. If you stripped away the sharp literary mind, the precision of the songcraft, the bare honesty of her humble recordings, you would still be left with an unanswerable question: Where did she go? Why did she pack her belongings into a car, write goodbye letters to her friends and family, and vanish?

“Around 1949, Elizabeth “Connie” Converse dropped out of Mt. Holyoke College and moved to New York City to make her way as a musician. Over the course of the next decade, she wrote and recorded a body of truly unique, plaintive, and haunting work. Some songs she recorded herself in her Greenwich Village apartment, others were recorded by friends enamored of her music, but almost none ever reached an audience wider than, as she once put it, “dozens of people all over the world.” By the early 1960’s, despondent over the limited commercial success of her music, she decided to leave New York for Ann Arbor where, in 1974, Connie wrote a series of goodbye letters to friends and family, packed up her Volkswagen and disappeared. She has not been heard from since.

“At first listen, Connie’s music seems to keep close company with the female folk artists who were her contemporaries. The knack for plaintive storytelling shares much with Peggy Seeger and Susan Reed. Reed knew Connie’s music well, and performed a set of her songs in 1961 at the Kaufmann Concert Hall in New York. But Connie’s music stands out from that of the American folk revival of the 1950’s. Her fluid and disarmingly intelligent poetry reflects an urban perspective, that of a new New Yorker becoming disenchanted by the bucolic tropes of folk music. She is at once a maverick and a romantic, intellectual and spiritual, a staunch independent and a tender, pining lover.”

how sad, how lovely

‘how sad, how lovely’ is a collection of connie’s songs, put together by lau derette recordings. some of the songs were recorded by connie and some were recorded by gene deitch, one of her friends. all of the songs were written by connie. i adore the melancholy and sombre beauty of connie’s music, but as well as that, the recordings possess a quality that is exhilarating. they have in them ambient and incidental sounds from the world outside. at the end of one song connie makes a joke about something having gone wrong with her guitar. connie played in front of other people and sometimes we hear them.

in the last paragraph i wrote something about connie’s music possessing beauty that is melancholic and sombre, and it’s true, it does, but that’s just part of what makes her music amazing. it’s made from melodic phrases that are gorgeously expressive. it’s feminist and funny. connie’s guitar playing is understated and intricate, and when she sings it’s totally sincere. it’s music that understands what can happen in the space between notes, inside of silence. and yeah, there is sadness, and the sadness makes the songs lay heavy upon what they touch, but it is buoyant sadness too, and maybe transcendent.

both the squirrel thing recordings webpage and the connie converse bandcamp page have made it possible to listen to ‘how sad, how lovely’ on the internet for free, and here are links to them: 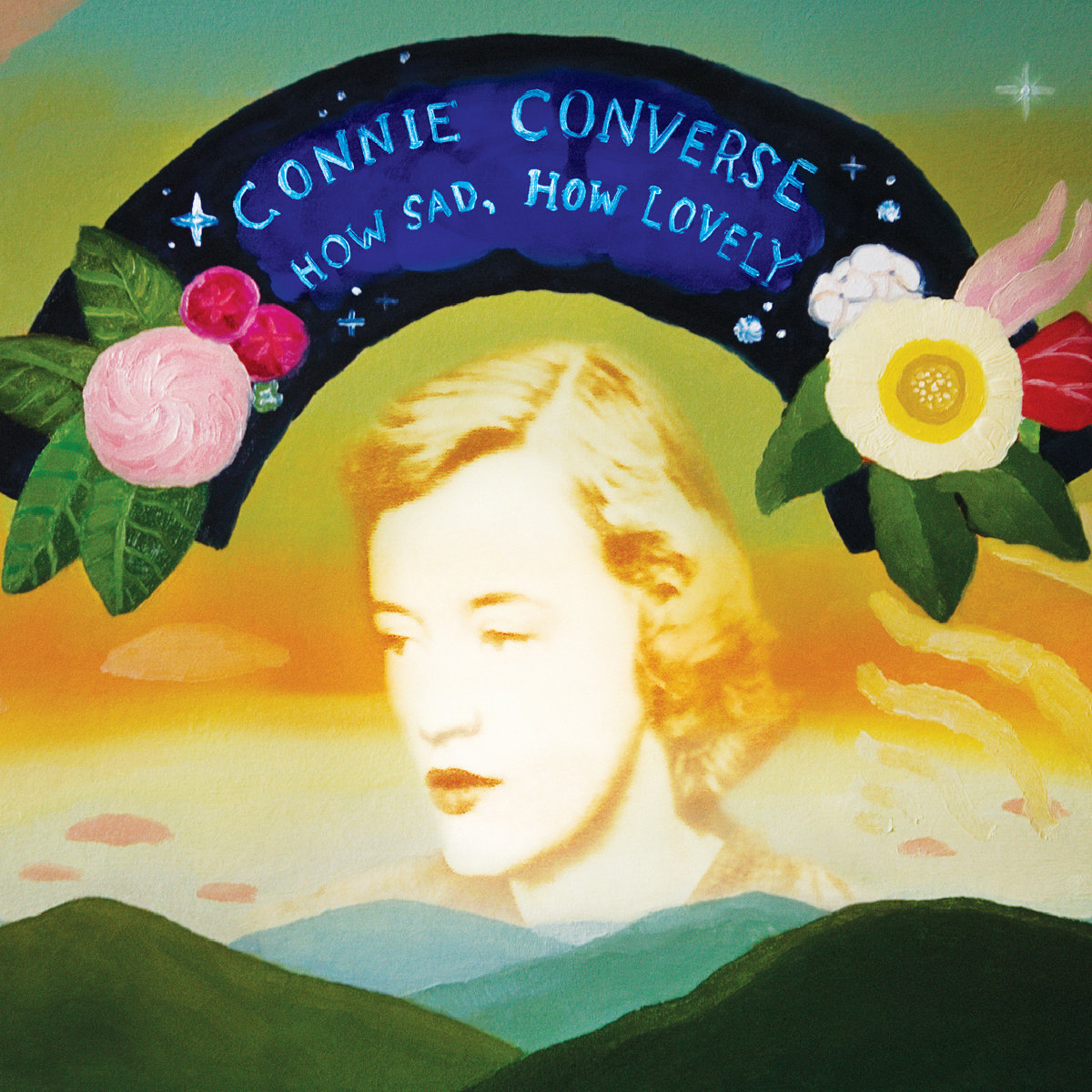 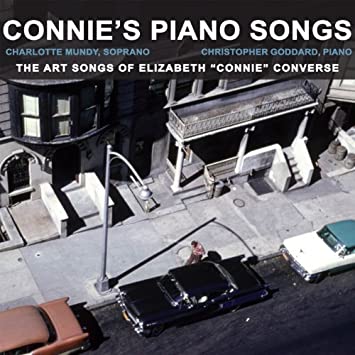 Connie’s Piano Songs” is an album featuring the debut recordings of Connie Converse’s never-before-heard art songs for piano and voice, left behind in manuscript format at the time of her disappearance. 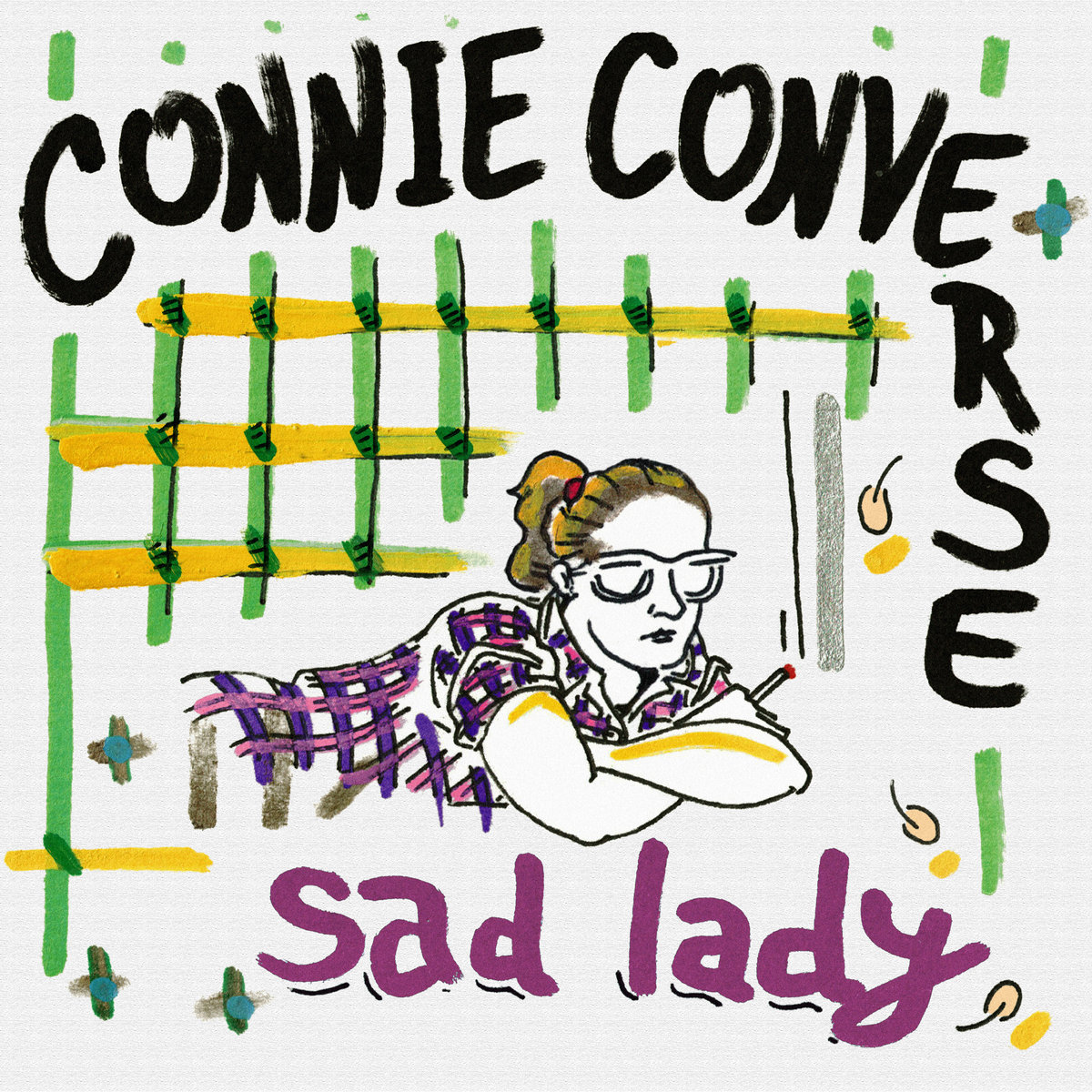 A new EP of Connie’s music recorded circa 1954-1956 and featuring songs that were “previously broadcast but never released,” as well as alternate versions of songs that appeared on How Sad, How Lovely. The EP is dedicated to Gene Deitch, who passed away in April at age 95.

bandcamp
download
amazon
To call Connie Converse “ahead of her time” is to criminally understate her prescience.

i find it difficult to retell the story of a person’s life without accidentally using the words of others, and i don’t want to quote at length from the pieces of journalism and such that exist, therefore i am going to share some of the things that connie’s friends and family have said about her, and something that connie said about herself before she left her friends and family to start a new life. if you want to read the pieces of journalism, i have included links to them in the sixth section.

“She said she wanted to play a song for me that she had just written, called ‘One by One.’ It went right straight to my heart […] She wasn’t the greatest singer, technically speaking. But there was poignancy in her voice. In the 1950s, I didn’t know of anyone commercially who sang as personally as she did. Especially not a woman. But there was also this undertone of sadness. She didn’t overtly show it, but you could certainly sense it.” (gene deitch)

“She was an original; a highly literate, highly musical, perhaps emotionally repressed person whose every personal song seemed to be telling one or another aspect of her own inner life, which immediately struck me as one of mystery and magic. It was the magic of creation.” (gene deitch)

“Connie was naturally pretty but on a grayish scale […] She was so low-key, she could walk through a crowd and be invisible – which I guess was what she wanted. Not to be noticed. Except she did want her music to be outed.” (bronte bernal)

“To me she was just “Sis,” and of course at the time I had no idea other little boys weren’t a tenth as lucky. For she doted on me, and in a real sense raised me into her very exciting world. It was exciting because she was endlessly creative. Our parents were fine, and the family was both literate and musical. But even with these family resources, Sis was just something else.” (philip converse)

“We were all rooting for her to make it to the big time, but it just never happened […] There was never a real conversation about it. She was clearly done with New York and rapidly found a spot in the university community.” (philip converse)

“I knew there was something special about [her music] […] I have only positive memories of her. But my general sense was that she was a sad person and depressed in ways that I didn’t understand at the time.” (tim converse)

“To survive at all, I expect I must drift back down through the other half of the twentieth twentieth, which I already know pretty well, the hundredth hundredth, which I have only read and heard about. I might survive there quite a few years – who knows?” (connie converse) 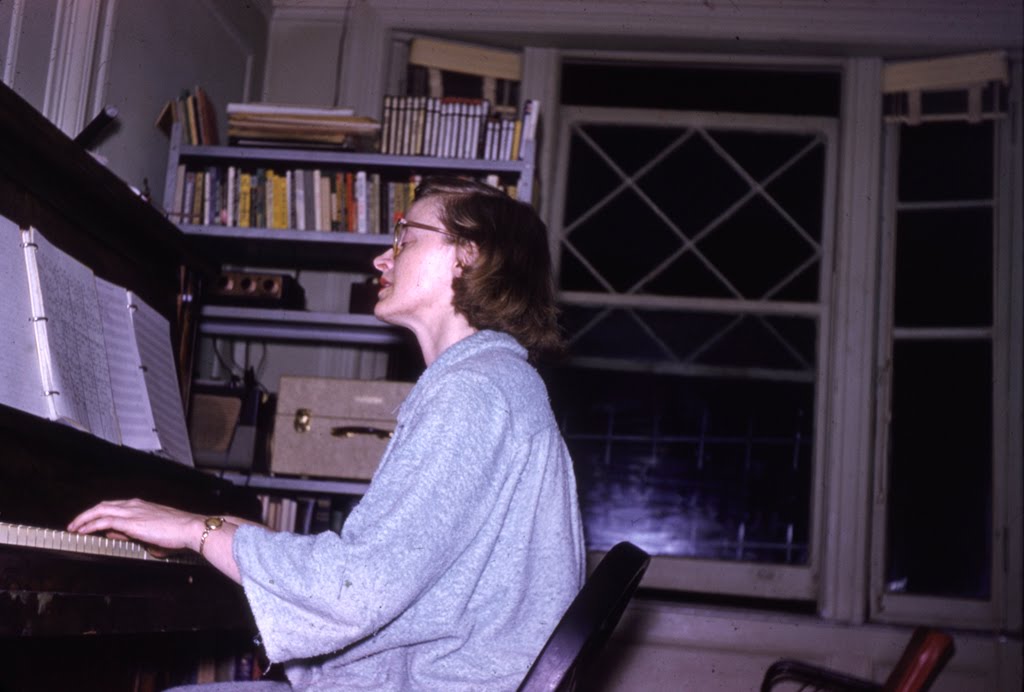 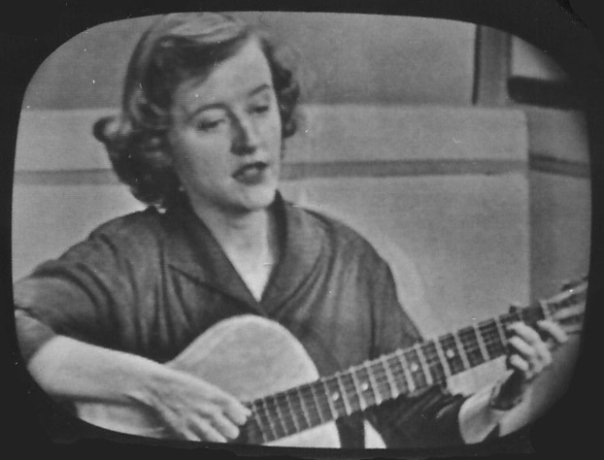 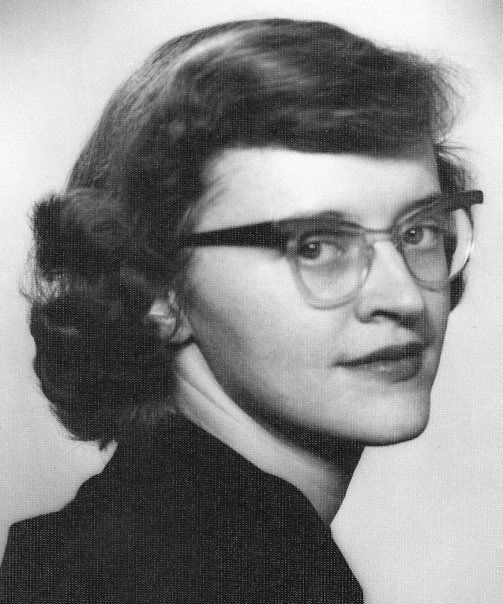 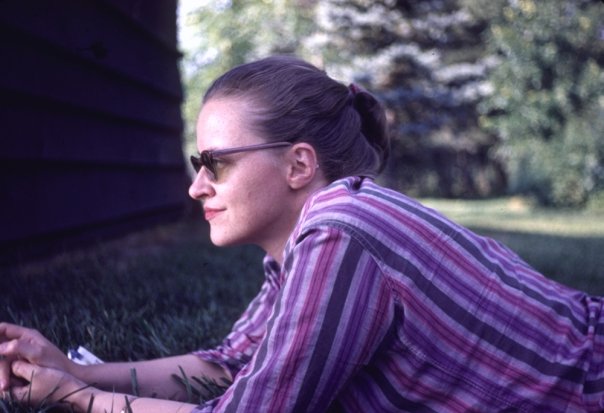 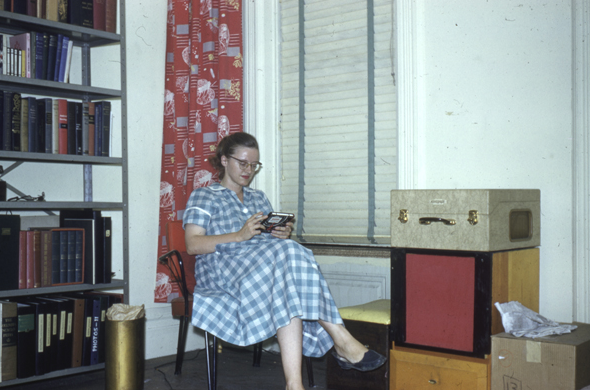 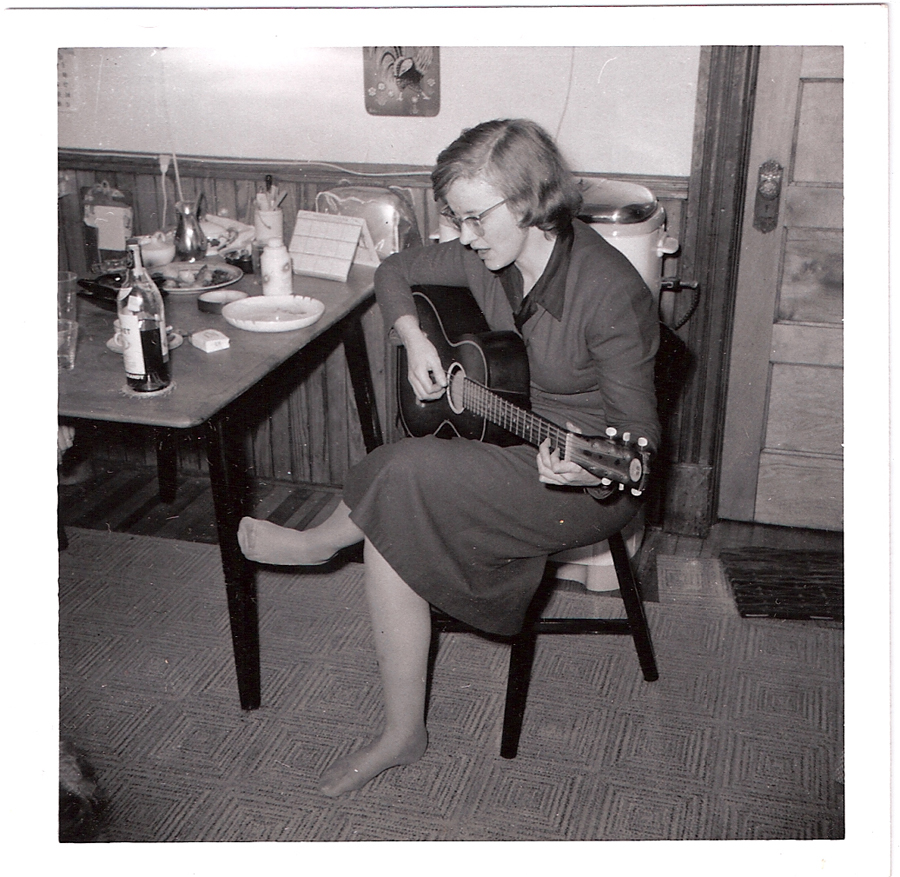 Connie Converse – How Sad, How Lovely