Kiddiepunk presents … Charles Lamont You Sick, Sick F*ck**: Baby Burlesks, Shirley Temple and the Some of the Greatest Films Ever Made * 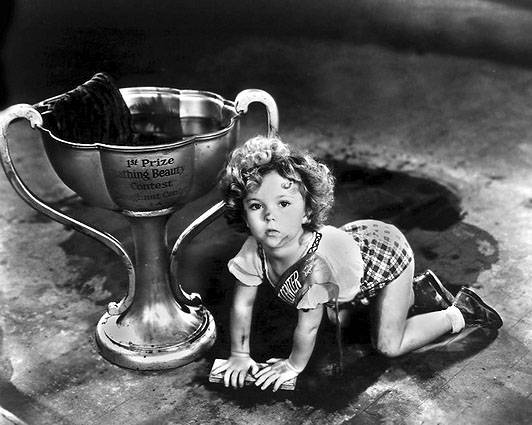 The ‘Baby Burlesk’ films of the early 1930’s are in my opinion some of the greatest motion pictures ever made.

A series of one-reel shorts made in 1932-33 by a company called ‘Educational Pictures’ and helmed by producer Jack Hays and director Charles Lamont, the ‘Baby Burlesks’ were satires of major motion pictures and current events, with the cast made up entirely of 3-5 year old children, wearing diapers with huge 8 inch safety pins and playing adults in adult situations; kids playing prostitutes, gangsters, soldiers, movie stars, criminals, gamblers and slaves to name a few.

In the current climate of political correctness, the Burlesks are viewed as controversial, ex-ploitative, prurient and generally distasteful.

In all, Educational Pictures’ made eight ‘Baby Burlesks’, all with the same cast of kids. Most notable among the cast was a four year old Shirley Temple in her first on-screen roles. In these films we get to see Shirley (in my humble opinion the greatest film actor of all time) earning her $10 a day by not only having her first on-screen kiss and singing her first on-screen song, but also playing a host of racy, hugely entertaining and unforgettable roles. Watching her in these films, it is easy to see why she went on to become the biggest star in the world during the 1930s and the most famous child star of all time, singlehand-edly keeping 20th Century Fox afloat during the Depression, as she oozes charm, cha-risma and is an all-round scene-stealer.

In 1934, the introduction of the ‘Hayes Code’ with its ramblings on the “moral obligations of art”, made it so that films like the ‘Burlesks’ would never be made again. It was this code that spelled out what was and was not considered morally acceptable in the production of motion pictures for a public audience. Having a read through some of the codes provisions, you see that the ‘Burlesks’ pretty much break a lot of the key rules. The ‘Hayes Code’ prohibited films that portray ridicule of the law (see ‘Polly Tix in Washington’), suggestive dancing (see ‘War Babies’, ‘Glad Rags to Riches’), vulgarity, excessive kissing, adultery, etc.

Also, behind the scenes, there are numerous reports of activities on the set being not quite above board. According to Temple in her 1988 autobiography, ‘Child Star’, one of the ways in which the kids were kept in line was by holding over them the threat of being locked in a black box on the soundstage that was filled with ice, where the disobedient child would be forced to spend time in frozen isolation. Many of the ‘Burlesk’ stars, spent time in the black box (including Temple) and were warned that if they told their parents of the punishments being dolled out on the set, that they could expect more black box time. Also, all parents were excluded from the set and the child welfare supervisor for the films, was apparently wooed away by the lure of a fully-equiped dressing room, outfitted with radio, magazines, refreshments and a soft couch.

Despite whatever has been written about the films and their provocative nature, they are in reality fairly innocent and more than anything, just totally hilarious, wonderfully inventive and hugely entertaining. A little bit of magic from the golden age of Hollywood. 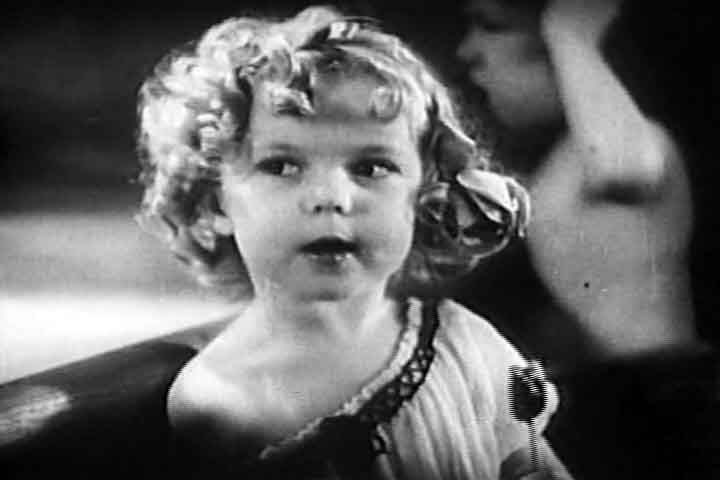 In this hilarious classic, Shirley Temple plays a dancer who entertains a group of soldiers in a café, soon becoming the source of a rivalry between two of them. This was the first ‘Baby Burlesk’ publicly exhibited and definitely one of the best. Besides the basic story line, there are a lot of isolated gags, many of them using milk in one way or another. 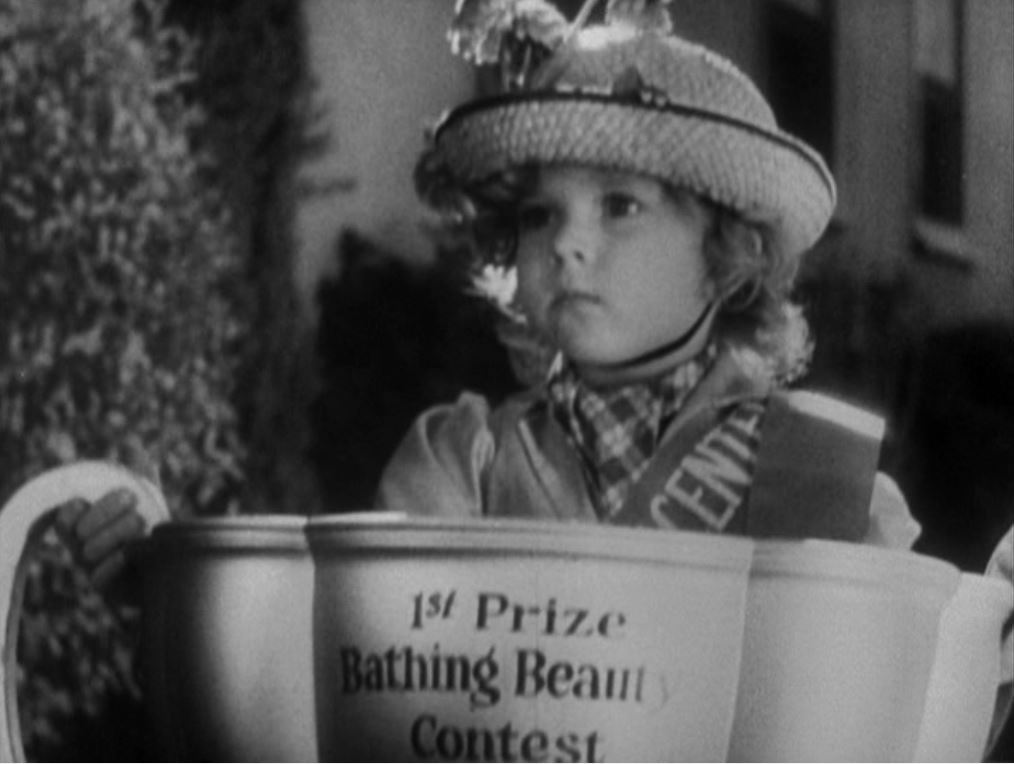 In the heydey of Hollywood talkies, exhausted leading lady ‘The Great Snobbo’ walks off her latest picture, so the director hires a young unknown called ‘Morelegs Sweetrick’ (Temple in a sendup of Marlene Dietrich). 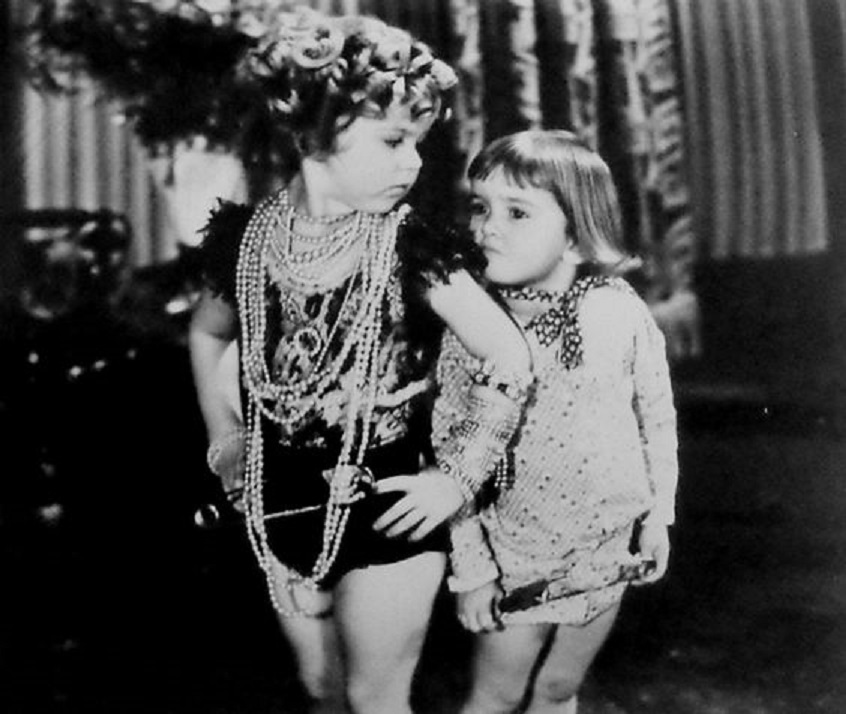 Shirley plays a prostitute named ‘Polly Tix’, hired by unscrupulous politicians to sway the vote of an idealistic senator. 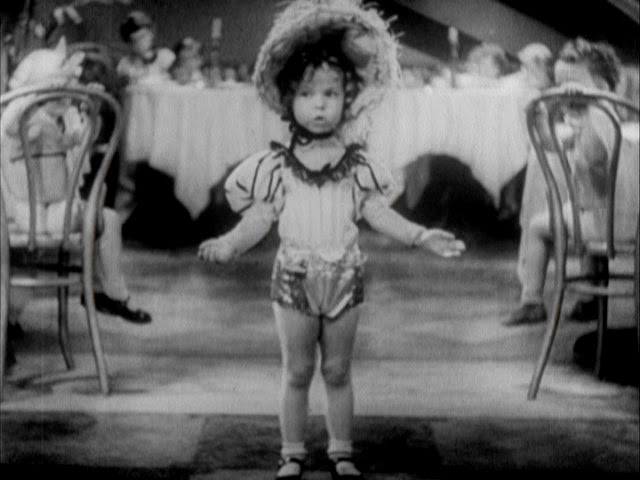 Temple plays a glamorous nightclub entertainer called ‘La Belle Diaperina’, and gets to wow the crowds with her singing and dancing, whilst trying to escape the advances of her sleazy manager. In one scene, a diaper-clad boy squeezes a cucumber that shoots juice out of one end, striking Temple in the face. 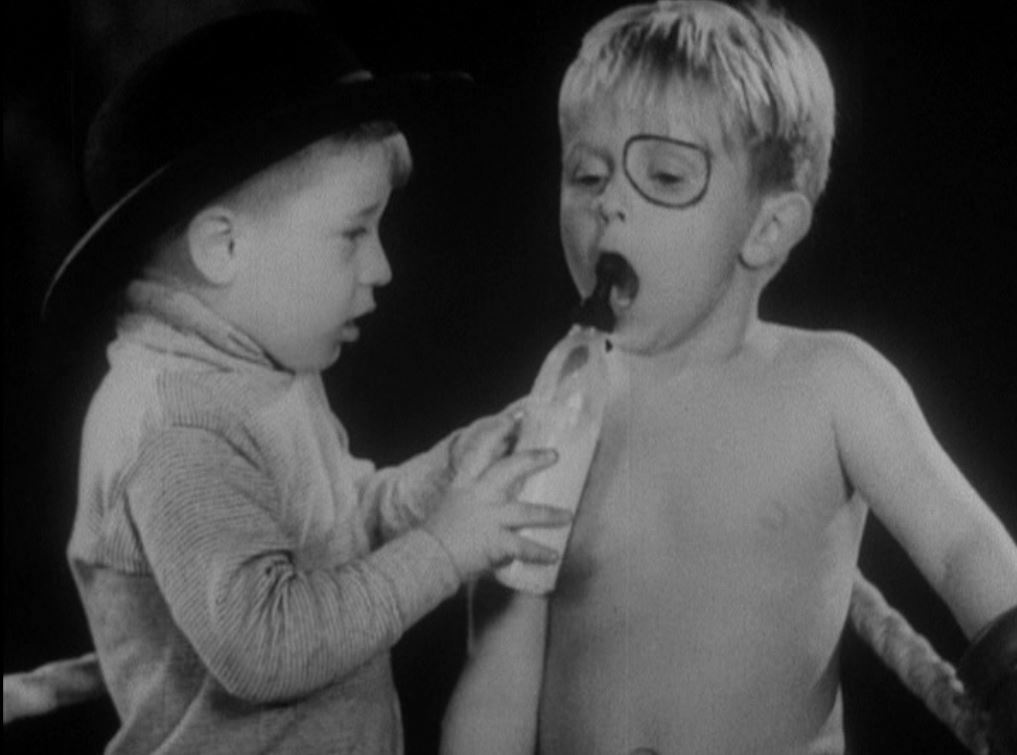 The diaperweight champion, ‘Diaper Dampsey’, will only fight if his lucky charm girlfriend, Shirley, is in the audience. Hijinks ensue when she is kidnapped by his opponent ‘Pop Skull McGee’. 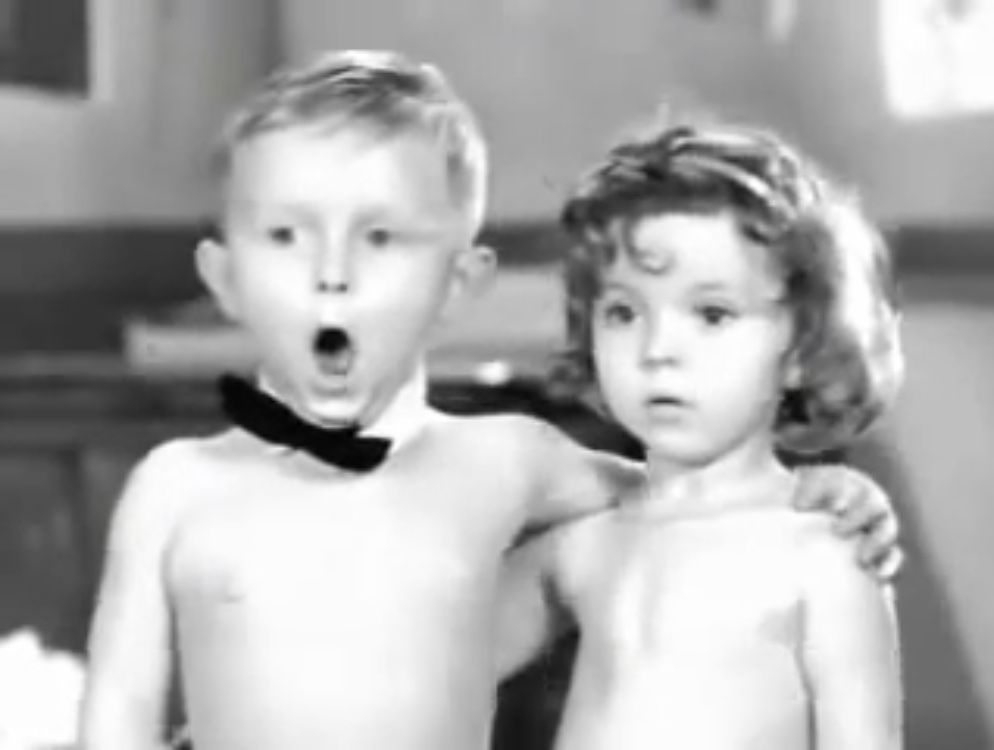 The first ‘Baby Burlesk’ film ever made. A satire of the 1931 movie ‘The Front Page’. All the kids voices are overdubbed with adult voices. 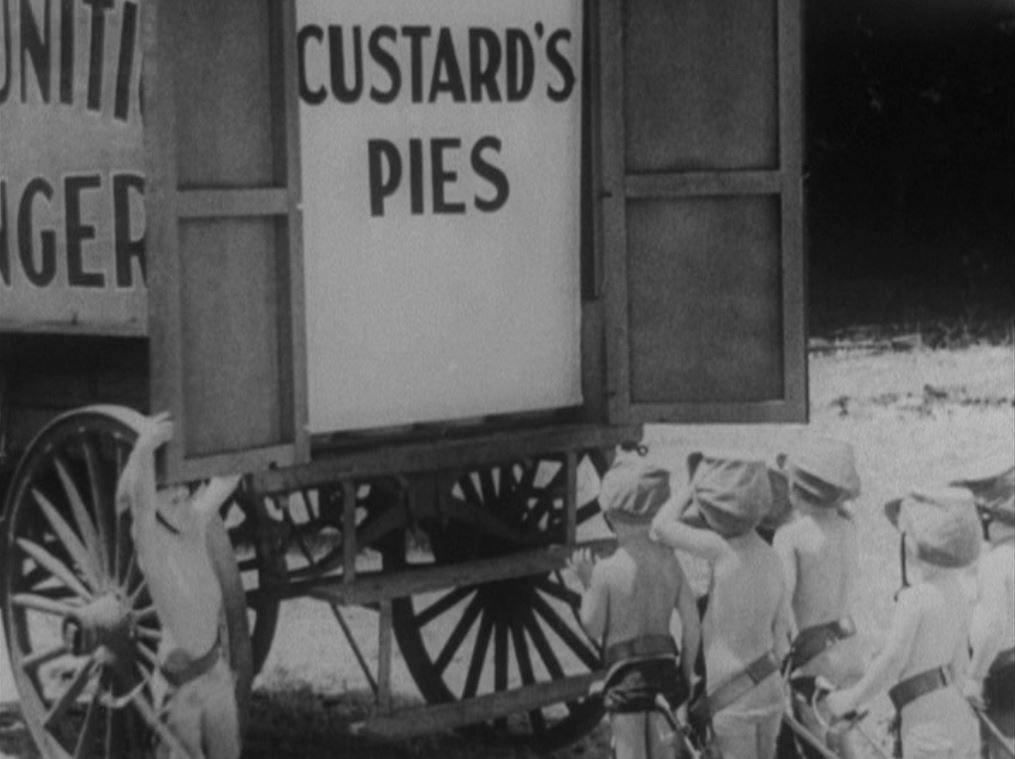 Pioneers crossing the plains in a wagon are stopped by a group of hostile Indians, who capture Shirley, ultimately resulting in a huge pie fight, aimed to get her back. 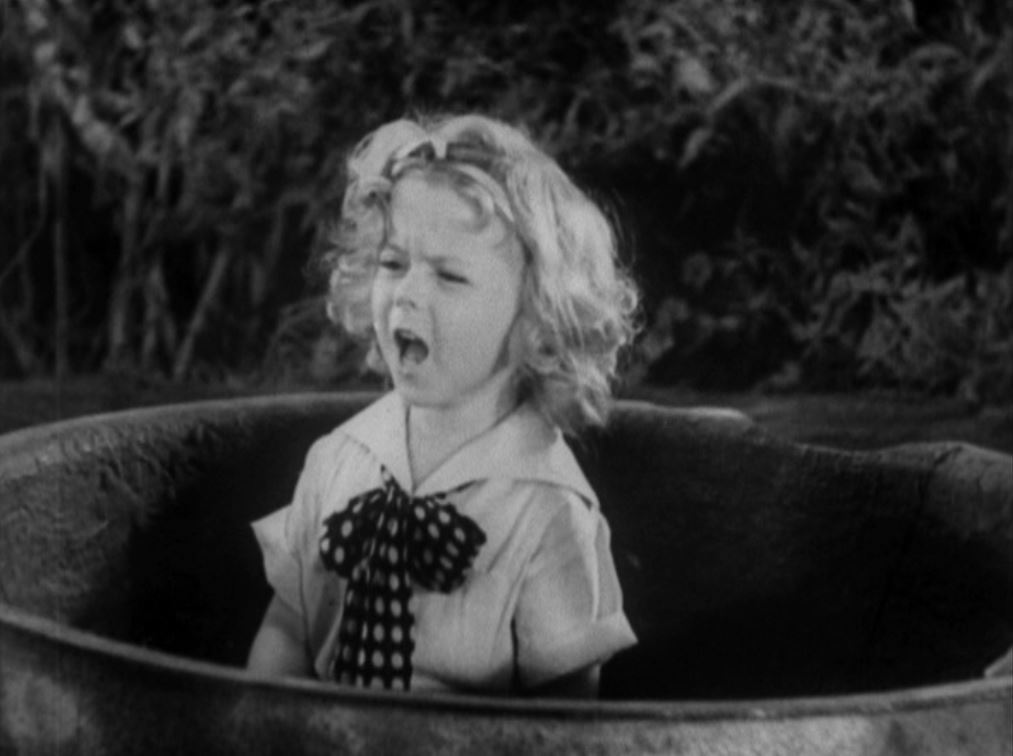 Shirley plays ‘Madam Cradlebait’, a missionary trying to civilize a tribe of savage African cannibals, only to be captured and popped into a big black cooking pot.

Some photos I took off the TV: 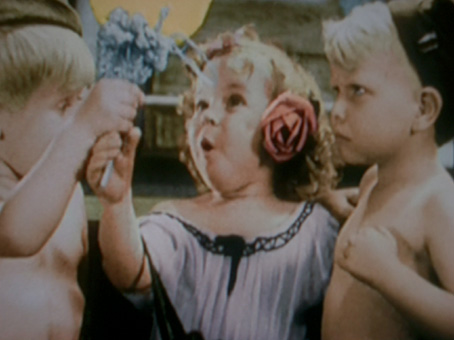 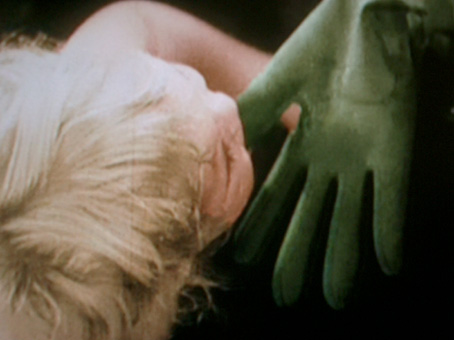 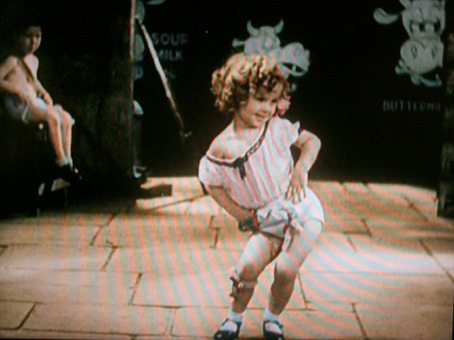 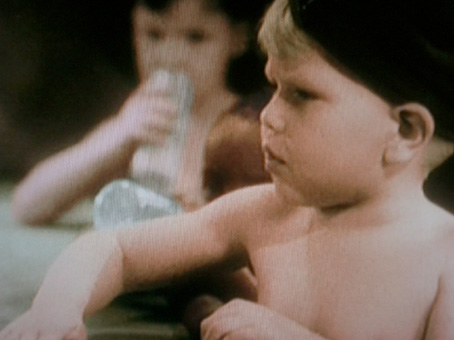 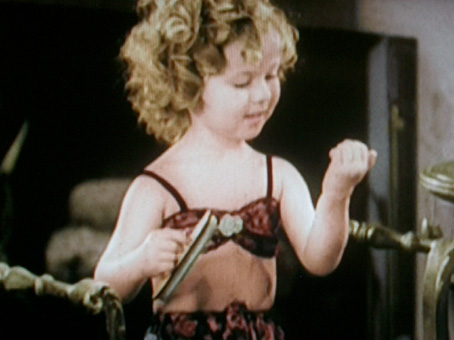 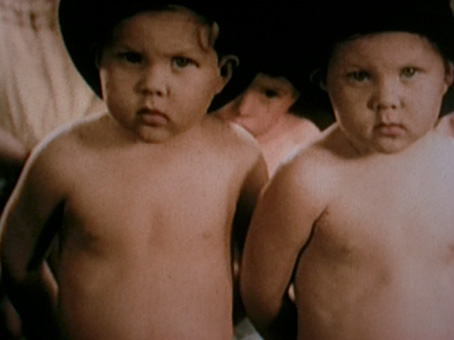 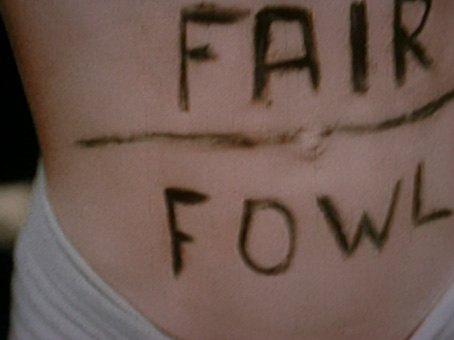 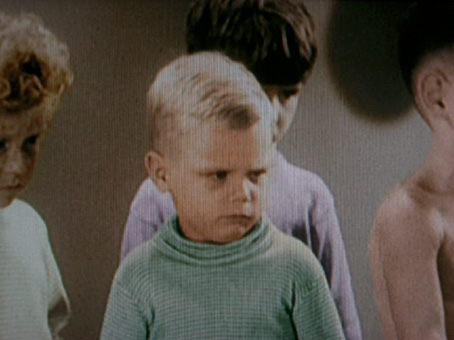 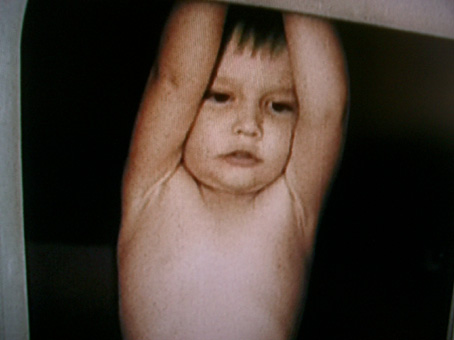 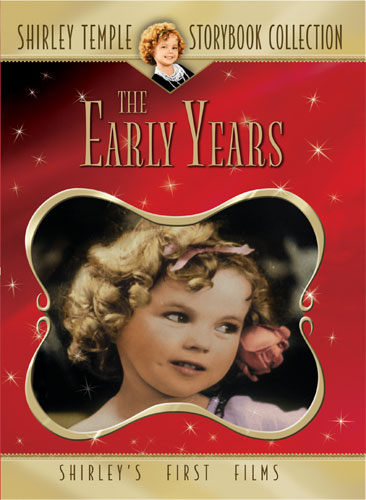 This DVD, released in 2005 by Shirley herself, using prints from her personal archive, fea-tures 7 ‘Burlesks’ (all of them except ‘The Runt Page’), beautifully restored and colorized.

Buy it from Amazon

** Note on the title: I just liked the sound of it. Charles Lamont isn’t really a sick, sick fuck. If anyone here is sick, it would definitely be me… and Dennis… and you.
—-

p.s. Hey. ** Dominik, Hi!!! I’m so happy you liked the poem. Yeah, it’s incredible, right? I love when David Lynch throws his viewers a curveball, but that one didn’t curve for me. Thanks about the producer hell. We’ll fight our way through it by hook or crook. Probably both. For some reason the mosquitoes are thick as thieves here this year. I’ve got this little vacuum cleaner, and I just vacuum them up as soon as I spot them, which is pretty much constantly. I hope love quelled your pooch or the sky. Poor thing. The pooch, I mean. The sky can take care of itself. Most of the time. Love explaining to me why anyone on earth would pay to see the aged remnants of Uriah Heep in concert, G. ** David Ehrenstein, Hi. Everyone, A reminder that a gofundme has been set up for David Ehrenstein who is in dire straits at the moment. Please help if you can. ** Misanthrope, Your mom’s tough as nails status is ever more legendary. I haven’t read anything about the McCarthys. I think his best is decades in the past, so my expectations aren’t gigantic. ** Jack Skelley, Hi, Jack! Yes, I did a little double header thing there thanks to Amy’s scanning skills. The Carl Stone album is a blast, right? Congrats to your ultra-impressive daughter. Could all the flying and stress around that be a culprit in your migraine’s current oneupmanship? I don’t know how that works. As soon as the hell overlording our film eases up just slightly, we’ll be coming to LA. We really need to. And want to. Jackapalooza! Everyone, If you’re a fan of the great Jack Skelley, and I certainly hope you are, there’s a bonanza at your fingertips, in the form of (1) 2 new poems at BlazeVOX, (2) 4 new poems in Court Green (the whole issue is a total knock out, btw), and (3) Jack reviews Kim Vodicka’s ‘Dear Ted’ . Go nuts! I know nothing about Nadia Lee Cohen, or didn’t until just now. That Deitch is showing her says something, for better or worse, ha ha. How was it? And see you within minimal days. ** CAUTIVOS, Your English is quite fine and interesting, sir. Doing a blog like I do a blog is kind an insane amount of work, but I seem to enjoy doing it, and I may never understand why, but who cares why, I guess. I let myself drink as much coffee as I want. Coffee and cigarettes are my last two vices, so … Thanks about my stuff. Writing them gives me a certain distance from life too, so it works that way as well. Superb day to you and yours. ** _Black_Acrylic, Yeah, right, about A&F. I remember when they were such a huge, unquestioned deal. Or mildly questioned. ** Steve Erickson, Hi. Your report on ‘Crimes of Future’ makes it sound like pretty much what I expect, so, … interesting. I’m not that high ‘eXistenZ’ for the reasons you lay out. I don’t watch many Netflix docs or Netflix anything, but that makes total sense, and, yeah, the doc itself was just whatever. Good question re: the problems. Ideally, once the funds are raised and we begin pre-production full-on and shooting the film, we’ll deal almost entirely with our LA based co-producers, whom we’re totally good with, and the nightmarish Exec, who’s based in France, will be largely off the radar, but we’ll see. That’s the prayer. ** l@rst, Awesome that you dug the poem, bud. She’s so great. What do I know, but I think you joining that Poetry Studio seems like an absolutely capitol idea. Things like that, the writer comrades you can make thereby, can make such a huge difference, which I’m sure I don’t need to tell you. ‘Darconville’s Cat’: No, I don’t think I’ve read its unless I’m blanking, I’ll find out, Thanks, pal. ** politekid, Excellent! About you making our way over here. Let’s stay in touch re: that to make sure I’ll be here and not in LA. I love Gustav Metzger’s machines too, natch. Ernest Edmond … no, I don’t think I know him. I will investigate. Yeah, I went to a lecture by Charles Ray the other night. It was a big fucking deal because he’s never talked here before, and the Pompidou curator who was interviewing him onstage had this stupid, self-indulgent idea of playing songs and then making Charley respond to them instead of just interviewing him. I know Charley, and he’s not interested in music at all, which is one of the interesting things about him, but the curator didn’t even address that. He’d play some entire old Carmen McCrae song or a fucking Jon Spencer Blues Explosion song that I guess he liked, and then Charley would sit there trying to figure how he could possibly respond to them. It was a remarkably wasted opportunity. Jesus. I’m angling for a good Wednesday. Not sure how I can pull that off, but I’ll try. You too, but much more easily. ** Okay. Today I’ve pulled this wonderful and kind of disturbing post made by the legendary Kiddiepunk out of the blog’s vault for you. Enjoyment is key. See you tomorrow.