How to write an awesome fan letter *

1. Hand write your letters and make sure you write legibly. Remember to write clearly. Nothing stinks more than having to try and figure out what a person has written, it will be easily tossed aside.

2. Consider sending your letter in a brightly colored envelope. Don’t fill the envelope with glitter or anything – it could spill all over the star’s clothes.

3. Use a good pen. Try to find a pen whose ink is their favorite color. The use of pencil is absolutely prohibited.

5. Make a special place to write your letters. When I write mine I put on some cool music and curl up in my bed.

6. Always try to obtain the most current address. Celebrities move around a lot.

7. You’re writing these letters more for you than for them. That said, make sure you’re totally cool with everything you actually do write. If you ever plan to run for the U.S. Senate, think about whether or not that “I love you so much, you’ve changed my life forever” sentence really does need to go to Justin Bieber.

8. You need to start off by introducing yourself, tell this person a little bit about yourself. This first part of your letter shouldn’t be too long as they may get lots of fan mail, so a long introduction will probably bore them.

9. Say how it is you got to know about them. Was it through a friend? Radio? Maybe it was through a TV show or a movie that you happened to see at the cinema.

10. Are they good musicians? Actors/actresses? Do you have a huge crush on them? Tell them.

11. Compliment them by saying you liked their outfit at the Grammy’s or something to make them smile.

12. You must worship them if you care so much what they think.

14. Go on to tell them what piece of their work you enjoy the most and why. For example your favourite song or film scene. You could even tell them your two favourite parts, lyrics etc etc.

19. Tell your favorite singer or actor or writer or whomsoever how his or her work helped you through a rough time in your life.

20. Never directly blurt out that you would want to meet them only give vague hints of that.

22. Whatever you choose to write, just remember the joy they will feel as they feel the warmth of yours and many others’ fan mail burning in a fireplace.

23. Remember that a little bit of flattery can go a pretty long way. But be careful not to overdo it, like many girls or gay boys would simply write – “OMG OMG OMG, I LOVE YOU SOOOOO F*****G MUCH, I WANT TO MARRY YOU!!! XD” for example, which as you could probably imagine would be funny the first time, but then it would quickly become annoying. The aim here is to get the reader to think of you as a sophisticated person.

24. Writing “I’m not crazy” once makes the reader question the statement. Writing it more than 4 times makes you sound crazy.

25. You can finish a letter off with a question. This is the part that can help to generate a reply, so you need to ask a question that is not a yes or no answer, nor can it be a question which requires an essay length answer. If it can be answered in a line or two, then it is ideal.

26. Make sure to wish the celebrity luck with their future career when ending the letter.

27. Be sure to include a self addressed stamped envelope.

28. Do not use Lots of Love or Love from, etc. at the bottom with your name as it may scare the celebrities away from writing back.

29. It’s always cute to include a few pictures or drawings.

30. Don’t run to your mailbox everyday hoping for a reply. Your best bet is to just send it off and just be thankful that they might read it. Even though some celebrities are overwhelmed by fan mail, they are so thankful for their fans. Some may not show that, but without you, they wouldn’t be where they are today.

31. If the person is real hot at the time of your writing, it may take days, weeks, or even months for your mail to be read.

32. Face reality. Some celebrities won’t write back no matter what you do. 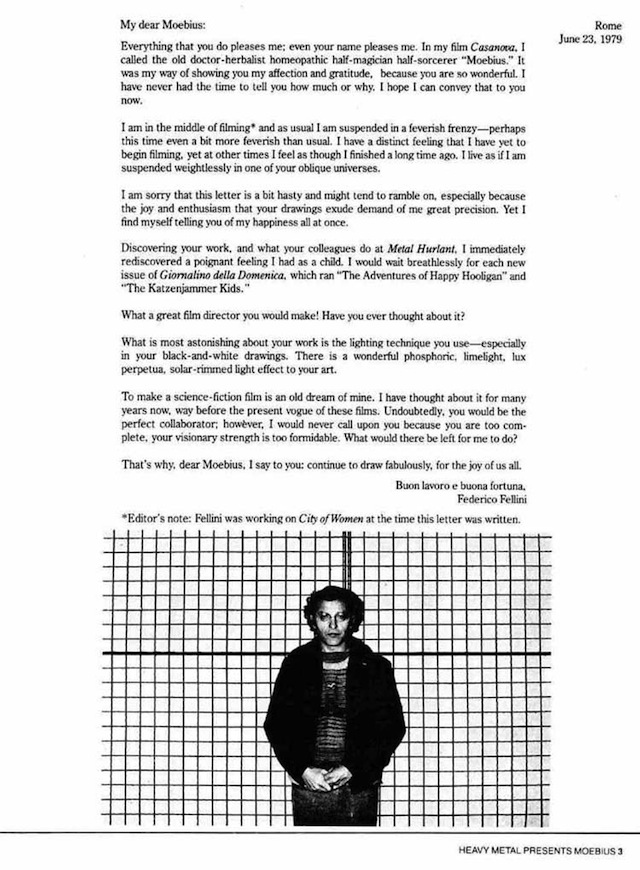 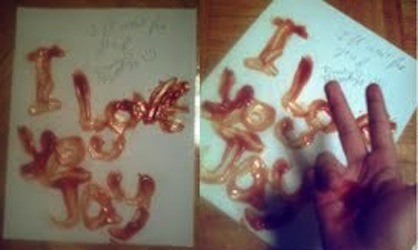 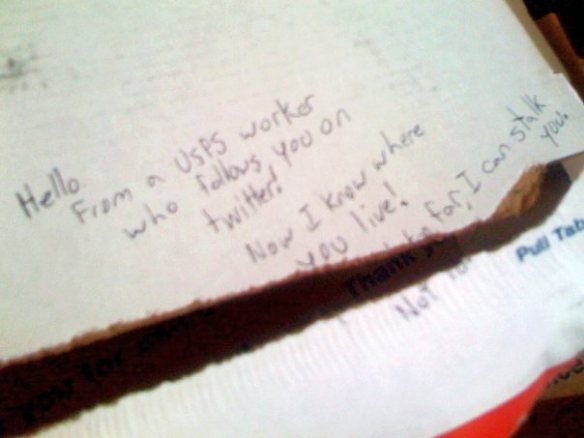 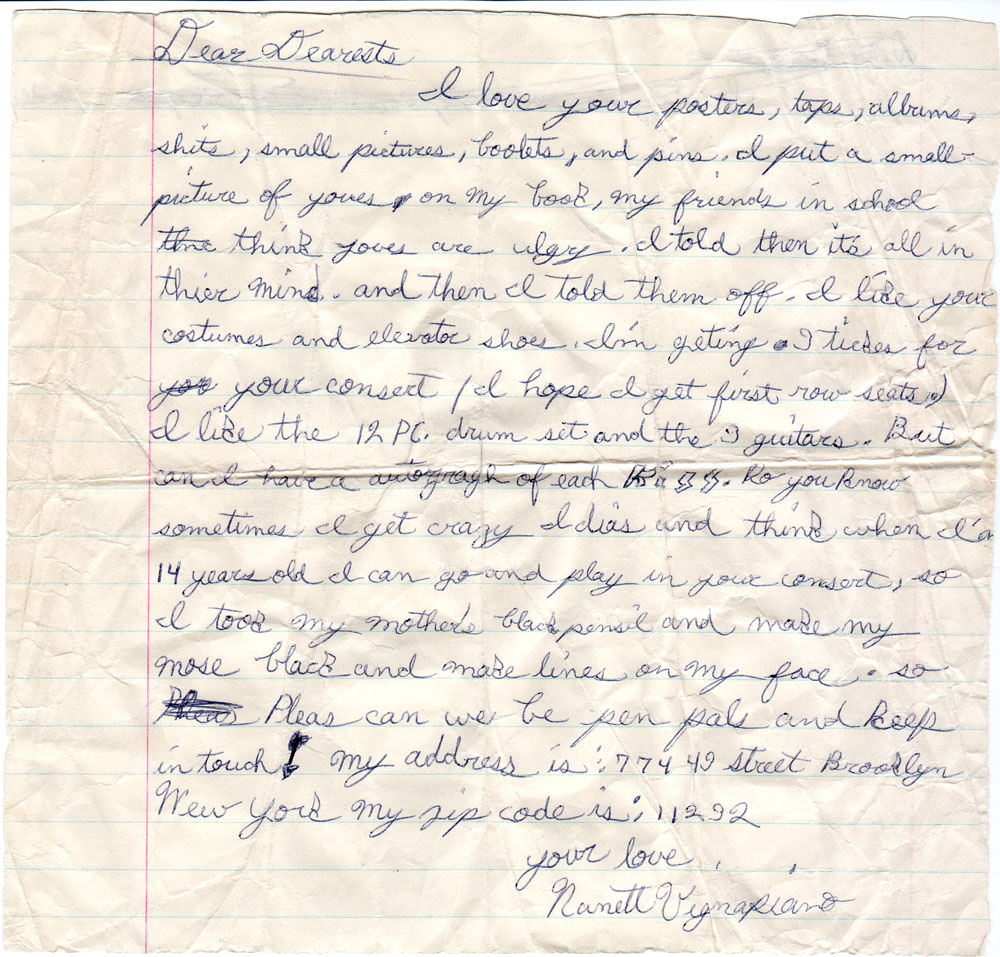 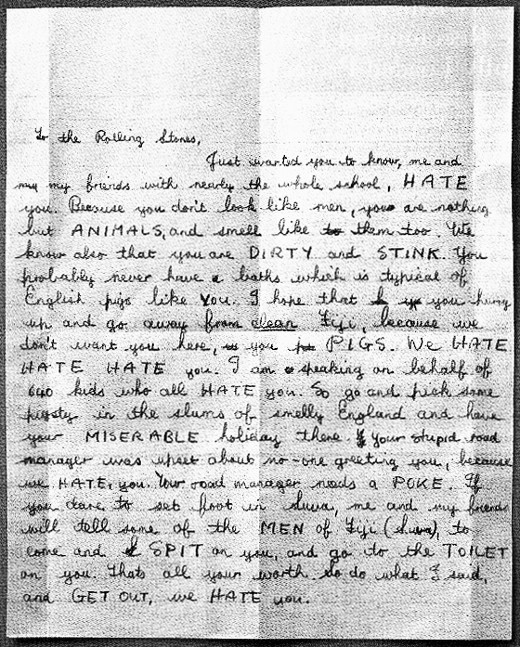 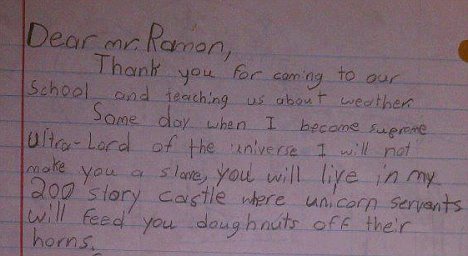 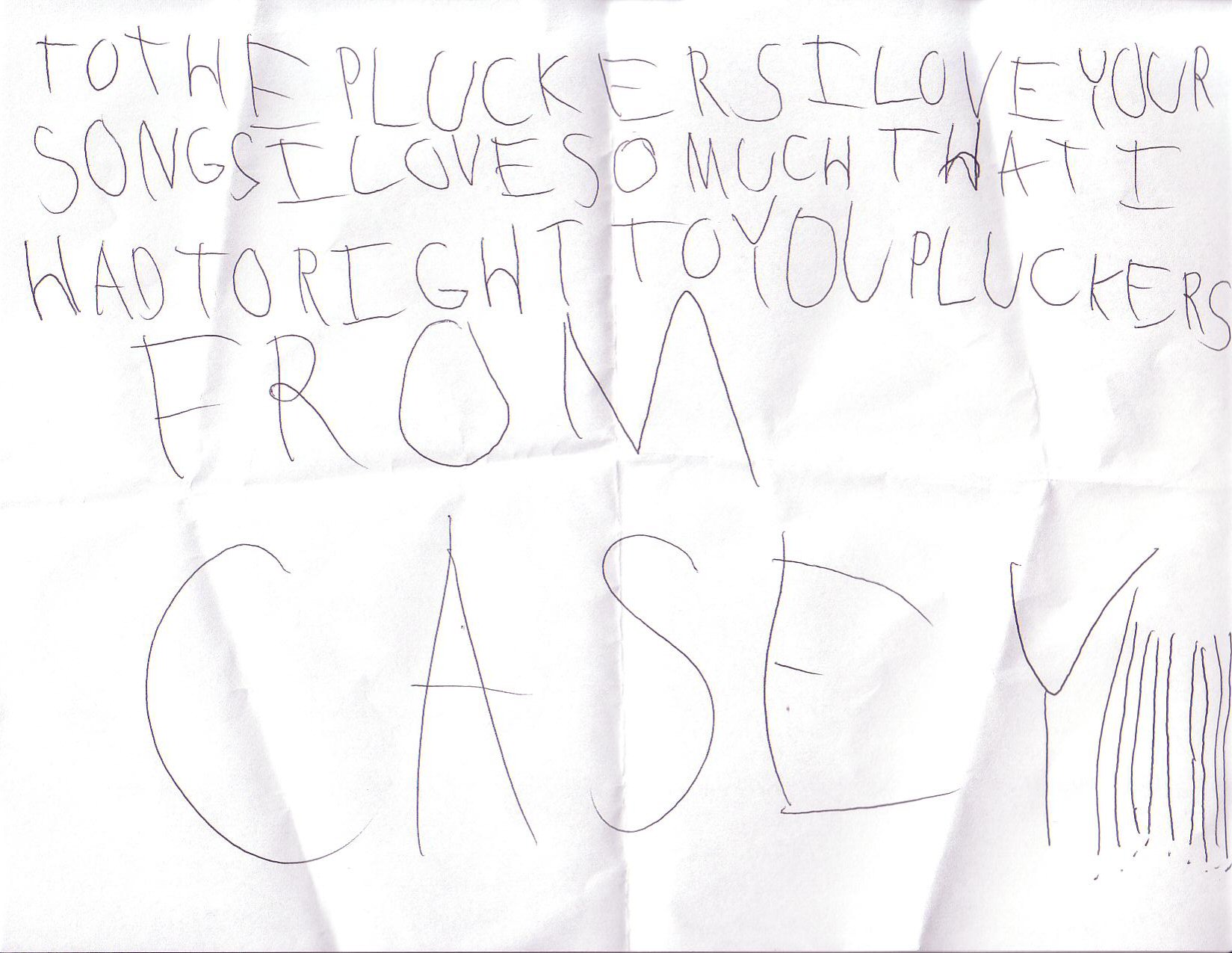 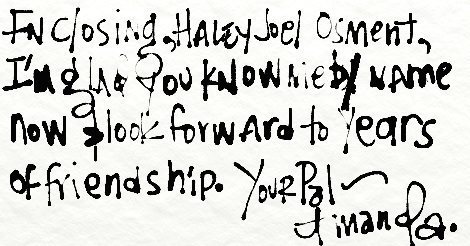 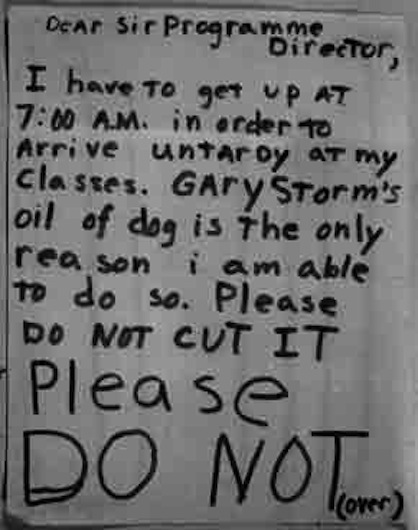 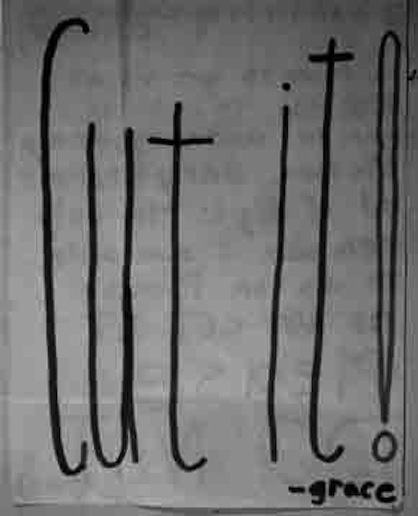 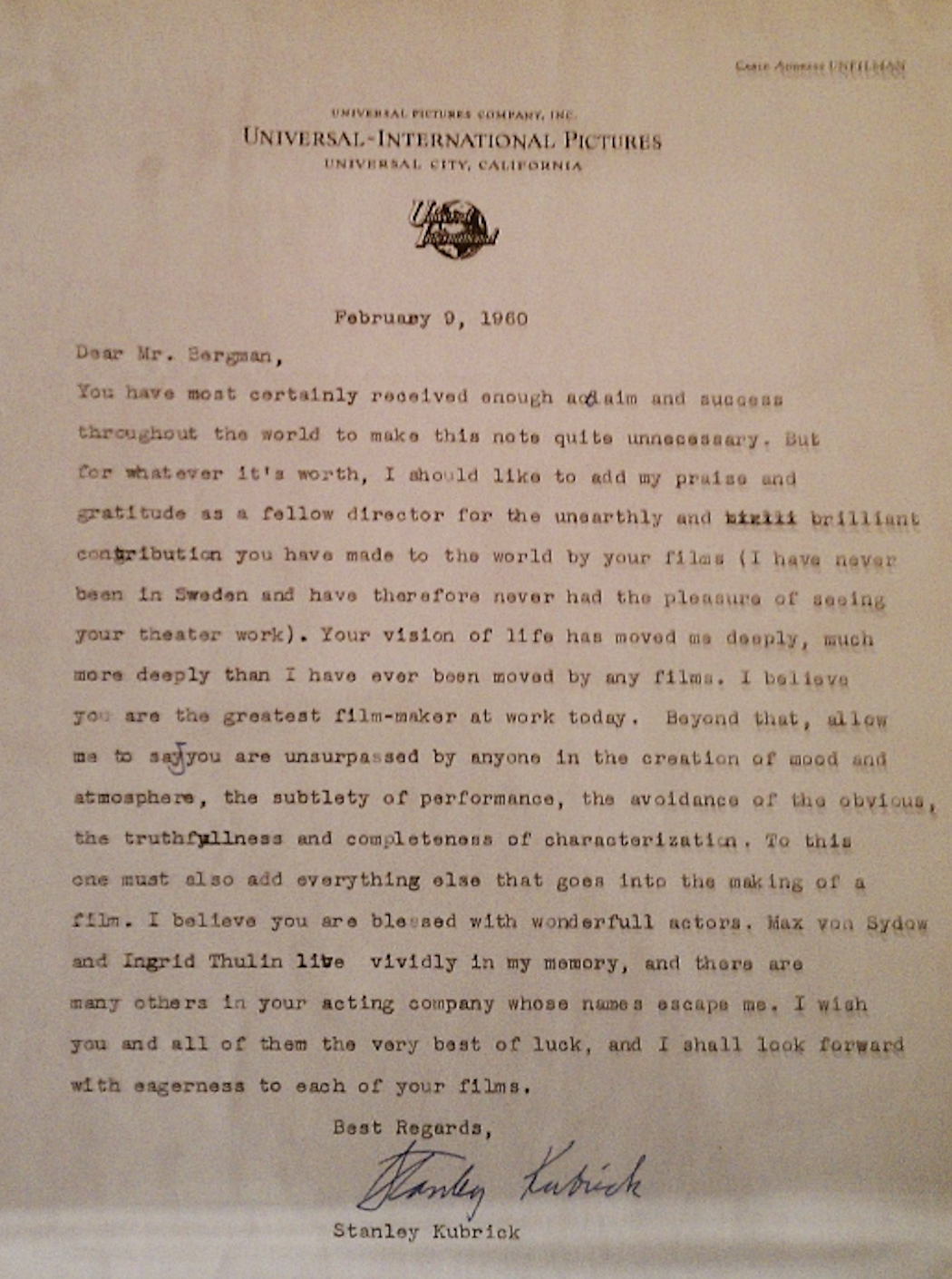 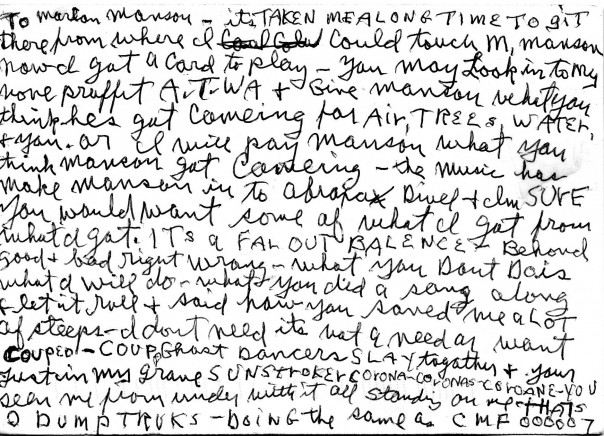 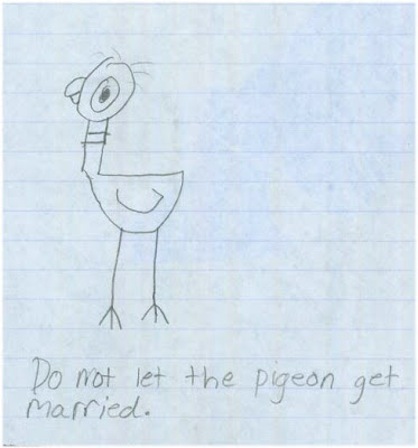 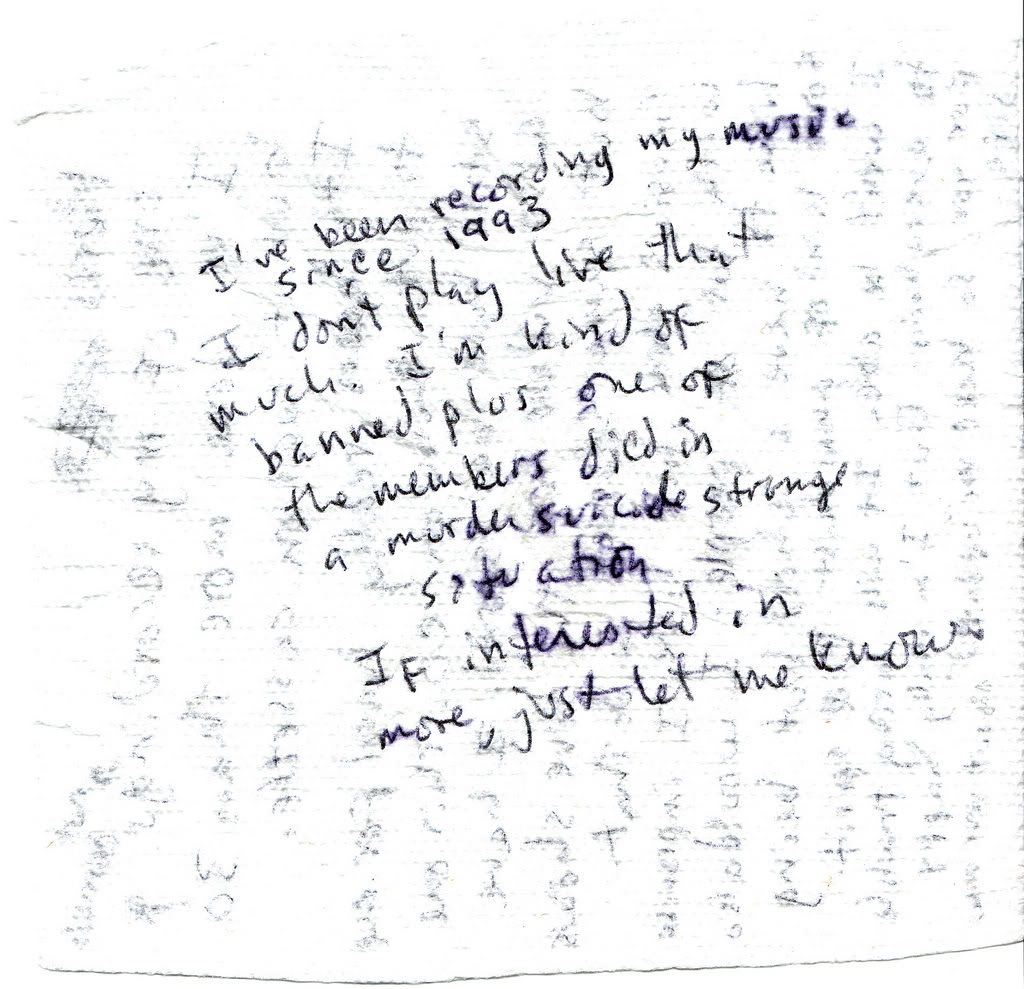 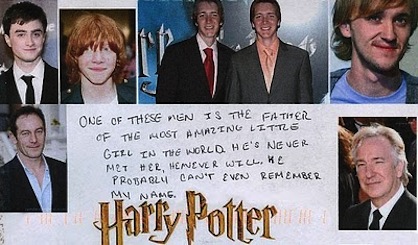 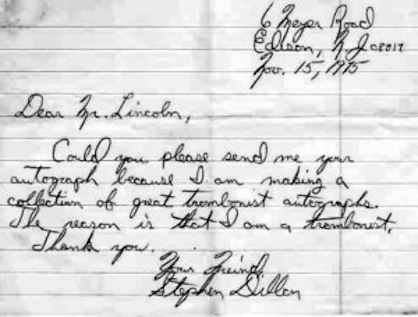 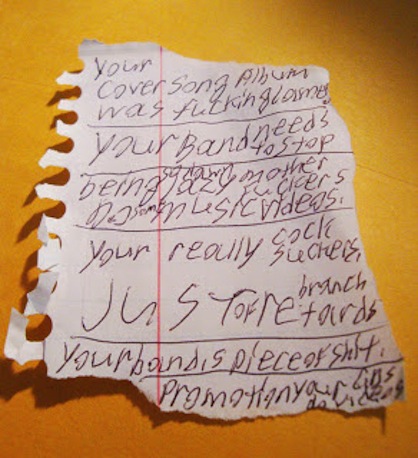 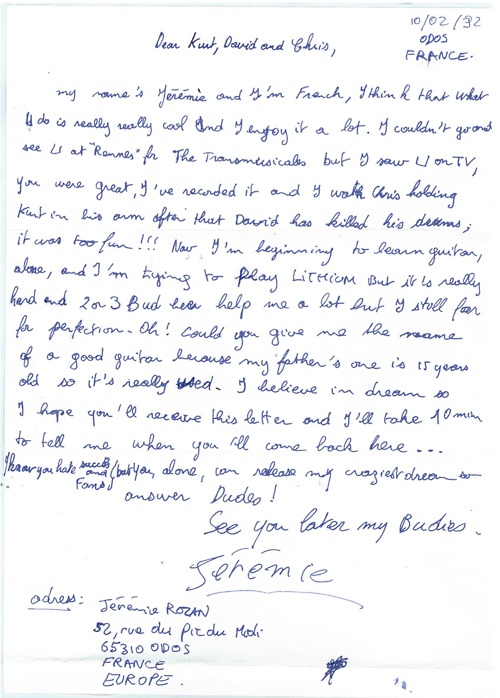 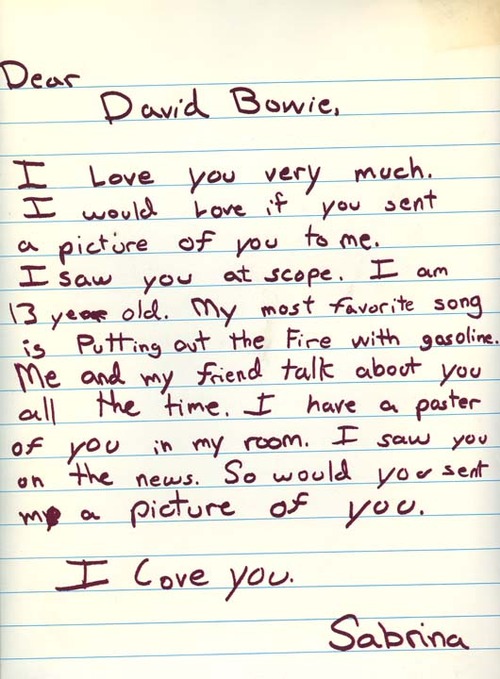 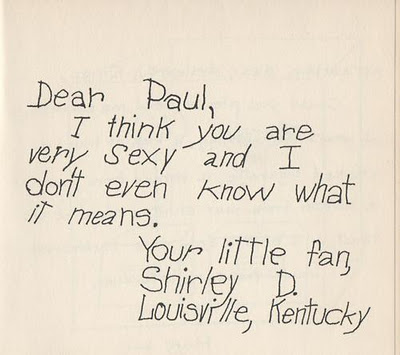 p.s. RIP Toni Morrison. ** David Ehrenstein, Hi. That link to your AW interview is long dead, but that reminds me I should and will restore the post here and bring it back alive ASAP. ** Bill, Hi, B. Makes sense, the slow dawning thing. That book’s really a primer if you want it to be. Tyrant Books is putting some kind of collected short fiction book by Lutz later this year that I’ve heard contains some new, unpublished works. Super extremely excited for that. According to my local news, things are picking back up there again. True? ** Nick Toti, Hey. Cool, thank you, understood, about where you are in the film. Fascinating. Whoa, you interviewed Xeno? That’s amazing and nuts. (Massive Cheap Trick fan here. I have a bootleg back in LA with some Xeno era CT demos or something on it.) Yeah, the film really does sound extremely promising. Cool, man. I hope the necessary resources come from somewhere to let you keep plowing away at it. ** _Black_Acrylic, Dude knows sentence construction like nobody’s business. It’s very inspiring yet also intimidating, but in a good way. Yeah, I don’t suspect the current UK government is gonna let Deller’s film reach those being educated. Indie Scotland, now, that’s a whole other and happy prospect. Time to finally bring that on, no? ** Corey Heiferman, Hi, Corey. Ooh, I like that rendered Library of Babel. I’m going to poke around in there. Thanks. ** Steve Erickson, Happy you like Family. They’re incredible and so criminally undervalued. There are some very good songs on the non-cover-version half of ‘Faithful’. There are a couple of quite good tracks on ‘Nearly Human’. And ‘Hermit … ‘ is very good throughout, yes. But, generally, he did seem to lose touch with his strengths + ambitions post-‘Todd’. Everyone, Steve Erickson interviews Rodney Evans about his new documentary VISION PORTRAITS on the wonderful site Filmmaker here. There are some very tasty things in the New York Film Festival line-up this year as well as the very predictable entries like the Scorcese and the Edward Norton, etc. But, yeah, I would love to see the new Pedro Costa, the Varda, and a bunch of others. I didn’t see the new Bonello when it was playing here, but it was generally considered to be really dreadful. ** Okay. God knows precisely why I decided to restore this silly old dead post today, but I did. See you tomorrow.