‘Beginning in the 1950s, golden-age Hollywood created a new film genre: the Big Bug Movie, a cross between science fiction, which mixed in pseudo-technical explanations to account for invasions of whatever giant insect happened to be the movie subject (ants, slugs, wasps, grasshoppers), and sheer horror. Although Hollywood had throughout the 1930s and 1940s given us horror and sci-fi flicks, those usually concerned creatures that were not real, such as giant apes or man-made monsters or tuxedo-clad vampires. (OK, raise your hands, everyone who’s met a real, honest-to-god werewolf; and we don’t mean the kind that whistles on sidewalk corners).

‘But bugs are different. Bugs are real. Bugs are common. Bugs are always with us (ask anyone who lives in a New York City apartment). And bugs are—not pretty. All right, maybe butterflies; we’ll grant you that. And little kids think ladybugs are cute. But what about spiders? Or a big, buzzing, blue-bottle fly? Do you really want those guys hanging around? And, truly, is there anyone who feels the slightest bit of empathy for a roach? No doubt about it—bugs are not warm and cuddly. But, we add with a sigh of relief, at least bugs are small. They may be nasty, but it’s not like dealing with a ravening horde of great, big—oh, say, brontosauruses. No, that’s not right; brontos may be big, but no one thinks they’re scary. All right, at least bugs are not like great, big, ravening hordes of—well, for instance, BIG bugs…

‘That, basically, was the concept behind the Hollywood Big Bug Movie: take a bug, make it the size of a brontosaurus, and see what fun results. And the results could be shockingly unpleasant. It’s one thing to pick a slug off a rose leaf; it’s another thing entirely when the slug picks you for breakfast. What was innovative about the Big Bug genre was how it went beyond mere horror; it brought in the Ick Factor. That’s not just the moment when viewers scream with fear. It’s when viewers squeeze their eyes shut and shriek, “Ewwww!” And what could cause an audience to do that? Obviously the sight of something…icky. And what could be ickier than Big Bugs? Bring on something that’s already cringe-inducing, like a tarantula; blow it up to three hundred times its size; let it loose in a populated area; throw in a close-up of slavering, buggy jaws; and what have you got?

‘But there was also the Horror. In just about every Big Bug Movie, we come to the scene where a white-jacketed scientist explains the Law of the Jungle: bugs live by eating everything in sight, including each other; Big Bugs will do the same, only on a much larger scale; this means that Big Bugs are going to eat—us. That’s right, we, the poor, innocent viewers, sitting passively in the theater, are the prey. To heighten the horror, the scientist often shows a film-within-the-film, of actual bugs actually eating—allowing our already overtaxed sensibilities to imagine that being done to ourselves. As one cinematic scientist explains, Big Bugs “use their mandibles to hold, rend, and tear their victims,” not a phrase to send us out into the sunshine thinking happy thoughts. The unfortunate reality is that Big Bugs are not our friends. No use protesting that, Uncle-Toby-like, you’ve never done any bug any harm and that you’ll gladly sign the anti-Raid pledge; the bug would merely pause, thoughtfully flick a six-foot long antenna, then scarf you down (and it would only pause because it was mentally calculating whether it could engulf you in one bite or two).

‘Why, though, did the Big Bug genre come of age in the 1950s? One reason, of course, was the Big Bomb. After the testing and use of the atomic bomb during World War Two, America became bomb-conscious. “When man entered the atomic age,” says one movie scientist, “he opened the door into a new world”—though he probably wasn’t thinking of giant grasshoppers being part of it. The development of the A-Bomb, and then the H-Bomb, as well as nuclear testing in the New Mexico desert, made Americans acutely aware of radiation and its effects. So many of the big bugs in Big Bug Movies become big due to mutations caused by radiation exposure. Giant insects can easily be interpreted as a metaphor of post-war nuclear anxiety: This is what happens when science goes too far. Although the irradiated Big Bug is always defeated by movie’s end, we’re still left with the uneasy feeling that, as many a bug-filled film darkly hints, who knows what may still lurk Out There, in the radiation-soaked Unknown.

‘But another reason for Big Bugs, however, may have been the 1950s emphasis on bigness itself. As a victorious military power enjoying a post-war economic boom, America seemed obsessed with Big Things: big business, machines, cars, houses, highways, movies (this, after all, was the age of Cinemascope)—even, ah, ladies (Mamie van Doren, Alison Hayes, Jane Russell, Jayne Mansfield, on an ascending scale …). So why not Big Bugs? After all, 1950s Hollywood was already giving us other big creatures, such as The Beast from 20,000 Fathoms, The Giant Behemoth, The Amazing Colossal Man, and Attack of the Fifty-Foot Woman. So why not bring some of those scurrying critters from out under the sink and into the imaginative landscape of cinema, where even the lowly ant can conquer the world, at least temporarily.’ — GRAND OLD MOVIES 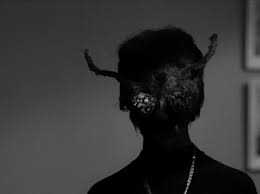 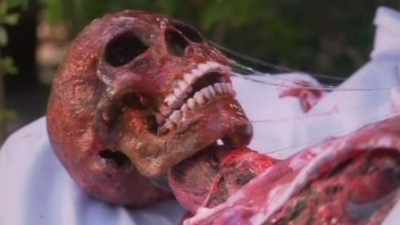 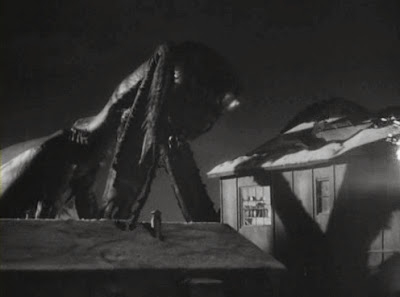 Tony Randel Ticks (1993)
A group of troubled teenagers are led by social workers on a California wilderness retreat, not knowing that the woods they are camping in have become infested by mutated, blood-sucking ticks. Stars: Rosalind Allen, Ami Dolenz, Seth Green, Virginya Keehne

Frank Darabont The Mist (2007)
A freak storm unleashes a species of bloodthirsty creatures on a small town, where a small band of citizens hole up in a supermarket and fight for their lives. Stars: Thomas Jane, Marcia Gay Harden, Laurie Holden, Andre Braugher

Bernard L. Kowalski Attack Of The Giant Leeches (1959)
A backwoods game warden and a local doctor discover that giant leeches are responsible for disappearances and deaths in a local swamp, but the local police don’t believe them. Stars: Ken Clark, Yvette Vickers, Jan Shepard, Michael Emmet

Peter Paul Basler Big Bad Bugs (2015)
After a convoy of American soldiers disappears, a special ops team is deployed to rescue them. They soon encounter an army of gigantic scorpions, spiders and snakes that have come to Earth from another dimension. Stars: Jack Plotnick, Sarah Lieving, Ted Jonas

Brett Piper Arachnia (2003)
When a small research plane carrying a group of science students and their professor crash-lands in the middle of nowhere, the survivors go to a nearby farmhouse to look for help but soon find themselves besieged by giant mutant spiders. Stars: Rob Monkiewicz, Irene Joseph, David Bunce, Bevin McGraw

Ed Raymond Glass Trap (2005)
When an army of radioactive ants are unknowingly carted into a skyscraper, a group of people have to find a way out before they’re eaten one by one. Stars: C. Thomas Howell, Stella Stevens, Siri Baruc, Brent Huff

Bert I. Gordon Beginning of the End (1957)
Audrey Ames, an enterprising journalist, tries to get the scoop on giant grasshoppers accidentally created at the Illinois State experimental farm. She endeavors to save Chicago, despite a military cover-up. Stars: Peter Graves, Peggie Castle, Morris Ankrum 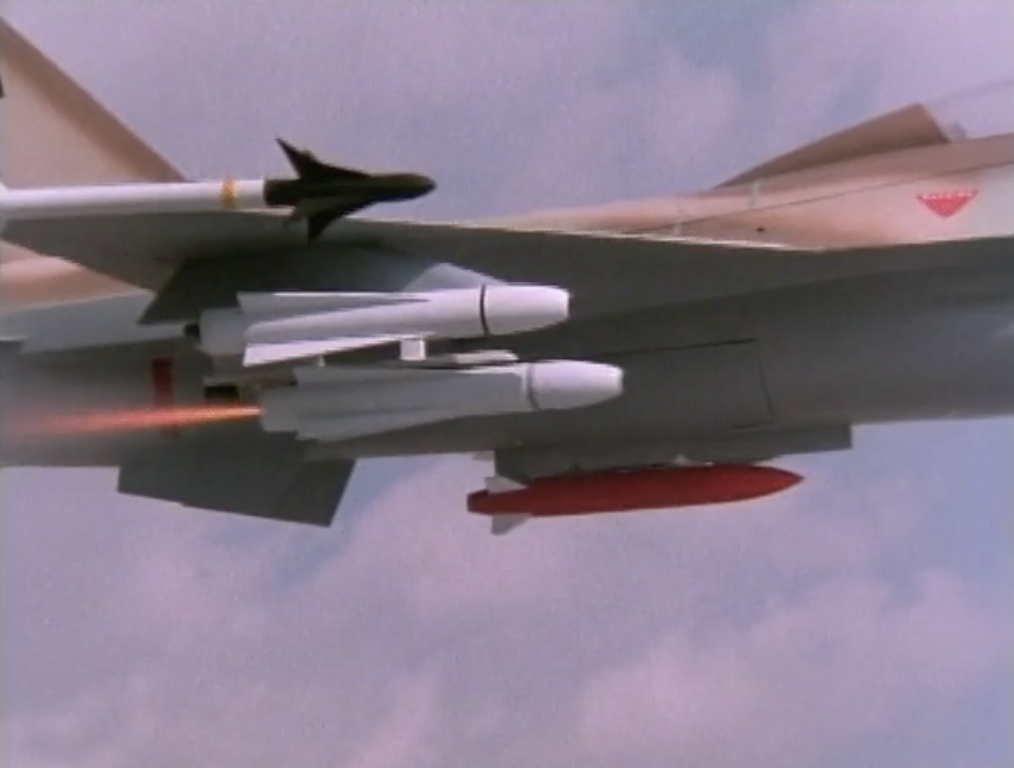 Jim Wynorski Wasp Woman (1996)
In this remake of the 1959 classic,the owner of a cosmetic company works with a Dr. that has been experimenting with a miracle cure for aging. He has extracted an enzyme from queen wasps that eventually change Janice into a giant insect. Stars: Jennifer Rubin, Doug Wert, Daniel J. Travanti, Melissa Brasselle

Kyle Rankin Infestation (2009)
A slacker awakes to find himself weak and wrapped in a webbing; after realizing that the world has been taken over by giant alien insects, he wakes a ragtag group of strangers and together they fight for survival. Stars: Chris Marquette, Brooke Nevin, Kinsey Packard

Joe Knee Dragon Wasps (2012)
A scientist enlists the help of the US army to investigate the mysterious disappearance of her father… Stars: Corin Nemec, Dominika Juillet, Nikolette Noel, Benjamin Easterday

Jeff O’Brien Insecticidal (2005)
Cami is a dedicated student of entomology that is researching insects in her sorority  house. When her sorority sister Josi sprays insecticide on her bugs, Cami becomes upset. But sooner she learns that the insects had grown bigger and bigger and she and her sisters are under siege by the insects. Further, Josi is the host of the breed of mutant insects that are very hungry. Stars: Meghan Heffern, Rhonda Dent, Travis Watters

Jack Perez Monster Island (2004)
Six friends win a vacation to the Bermuda Triangle and become trapped with only an MTV Crew to help keep them alive. They have to rescue Carmen Electra escape while they all battle the monsters on Monster Island. Stars: Carmen Electra, Daniel Letterle, Mary Elizabeth Winstead