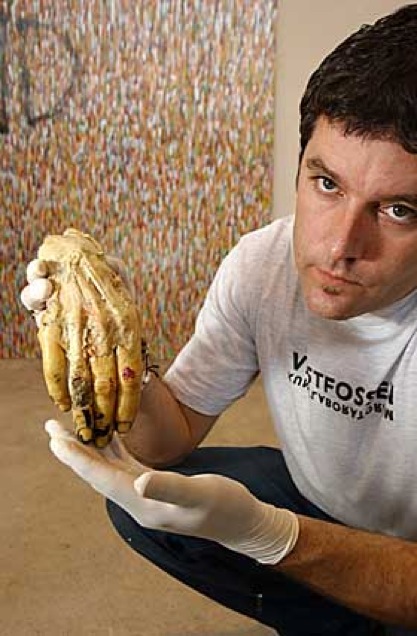 ‘Born in 1965, Morton Viskum is considered one of the most provocative and controversial contemporary artists from Scandinavia. The artist’s unconventional choice of materials, themes and artistic expressions often seduces and invites the viewers to experience a range of unexpected emotions, causing shock, amazement and uncontrollable curiosity.

‘For his first London solo exhibition ‘The Hand with the Golden Ring’, the artist did a live performance during the evening of the private view; the thrill was caused by the fact a dead human hand was used live as a paintbrush, demonstrating how the new series of paintings were created. It was not the first time the artist made use of a severed human hand as a paintbrush to compose paintings; Viskum actually owns several hands, they are not merely tools; the idea of the hand being linked to an immortalized personality is absolute central to those occasions when Viskum paints with it.

‘Viskum gained notoriety in the art world when back in 1999 he showed at an exhibition in Copenhagen the very first series painted with a dead hand: ‘The Hand that Never Stopped Painting’. Carefully the hand used was placed in a metal box with a lid and the viewers decided for themselves if they wanted to see it or not. Over a decade later, the hand is still a strong and a significant part of his art projects; when painting with them each hand expresses a different style and the paintings embody a certain personality.

”The Hand with the Golden Ring’, unlike the others, evidences an aggregated object: the golden ring suggests vanity and affluence of the diseased; the golden ring acts as a counterfactual narrative; the object put contingency back into an obsequy, serving as a necessary antidote to traditional deterministic tendencies. The presence of the ring initiates an obituary and for the viewer it evidences a sense of the human futile materialism. Who the hands belonged to initially, is one of Viskum´s well kept secrets.

‘By this approach, the art appears performative, more as an action, and not as much as an object-related material presence. By using one hand from a dead human being as a paintbrush, Viskum draws attention towards the work process. One can easily recognize the patterns caused by the hand’s presence, formed by abrupt lines, applied vertically in many layers and in many colors, adding a vibrant feeling of rhythm to the surface of the scintillating painting. These paintings bring to mind American Action Painting, an art form where the painting finds no premeditated composition and the focus is set on the event that created the art rather than on the object itself.’ — Vegas Gallery 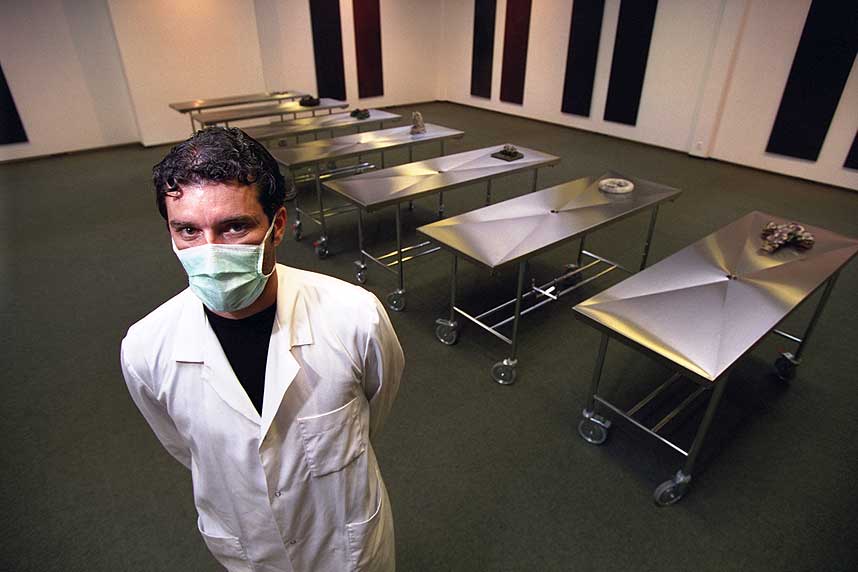 You are generally regarded as one of the most controversial contemporary artists in Norway. How do you describe what you do to people who don’t know you?
I usually start by describing my background as a veterinarian before I started at the Art Academy in Oslo. At the same time I tell people that a lot of the things said about me originates from the tabloid press. The projects written about here only make up a small portion of what I do as an artist. Many of my projects concern everyday phenomena within medicine and science, things that the public are not used to seeing and hearing about.

Is controversy an important and intentional part of your work?
No. To shock is not interesting in it self.

But the projects have lead up to a lot of interesting discussing that have made the projects worth seeing though. When the projects are exhibited for the first time, I sometimes get insecure if I have lost sight of the primary goals within the projects. And revealingly it seems that the projects get better over time. I take this as a good sign.

Can you tell us a bit about ‘The hand with the golden ring’?
The different Hand – projects develop, both concerning concept and technique, based on the background information I have.

The hand with the golden ring is hand number 6. All the paintings are new and made for this exhibition. First the canvas is painted with animal blood, using the severed hand as a brush. Then I place some gold glitter in the palm of the severed hand. Then I blow the glitter over the blood. At the end I paint over the glitter again with different colours, again using the hand as a brush.

How easy is it to source dead people’s body parts for the work?
That is a part of the project’s secret.

The nature of your work inevitably is going to divide audiences. What is the most common criticism that you hear? How do you deal or react to it?
Most of the time the people that criticize my work are the people who do not come to see my exhibitions and who do not make an effort to enter into the problems the projects discuss. Other people fear death too much and therefore do not want to touch the subject. Others again think using the severed hands is just a cheap trick. Luckily, a large group of people, growing after each exhibition, are fascinated by and interested in the work just because they are not made in a traditional sort of way.

The people who have been following my work over time also know, of course, that most of the time the projects are concerned with what you can not see, more than what is actually there.

Throughout art history artist have visited mortuaries and autopsies to paint and draw the human anatomy. I extend this tradition a bit further. I remove the body parts from the morgue and use the body parts directly as tools. The performative aspect is therefore the most important part of the work and what happens when the audience encounters the remains of the performance. 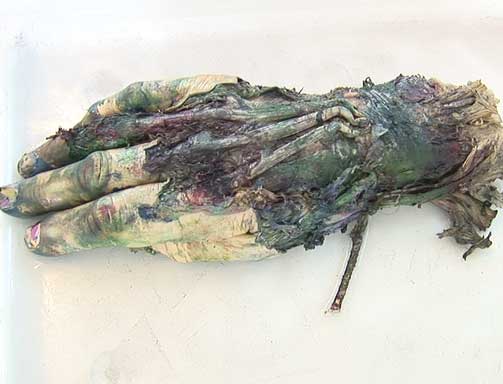 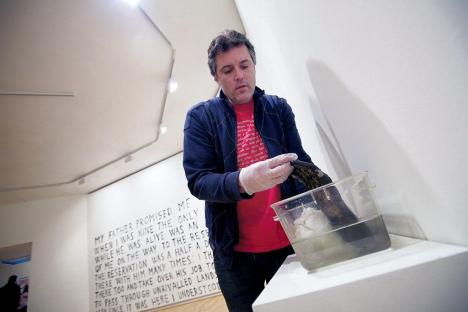 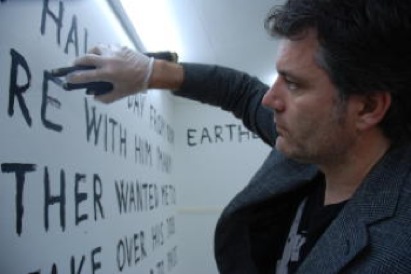 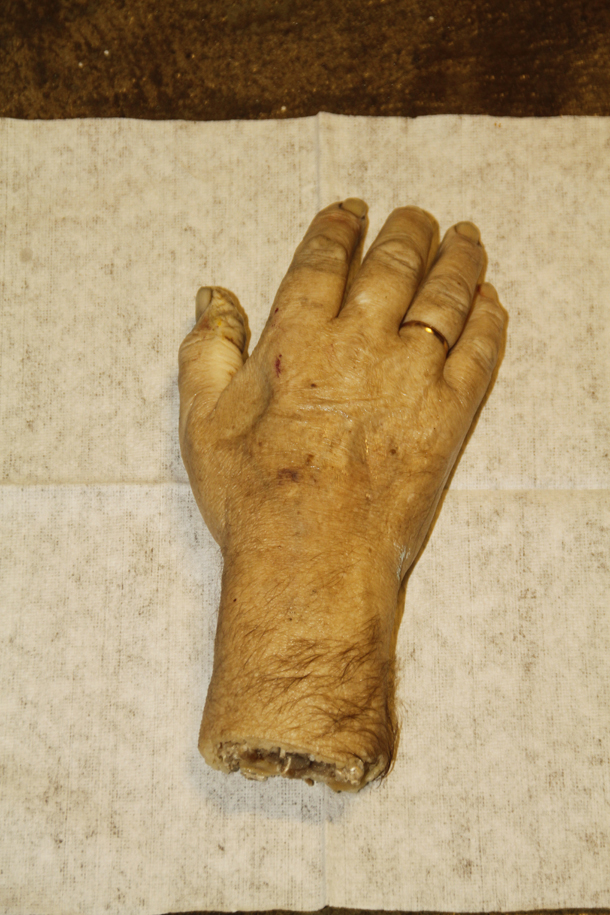 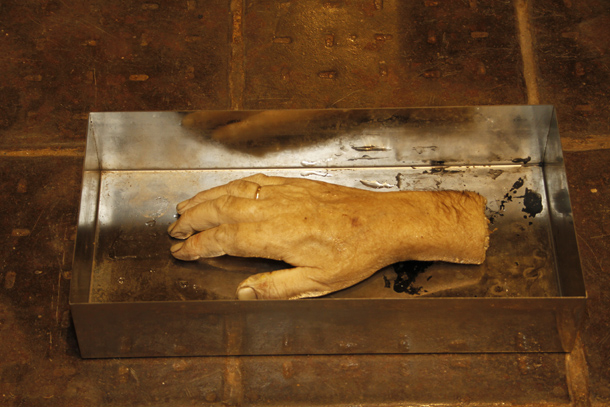 The hand with the golden ring 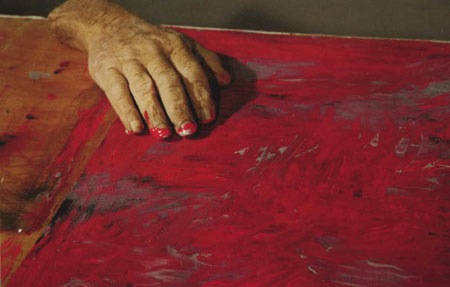 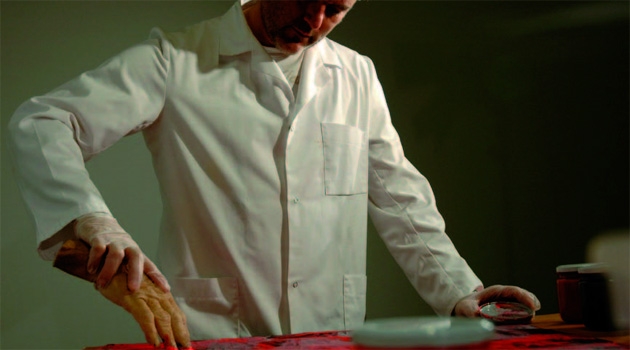 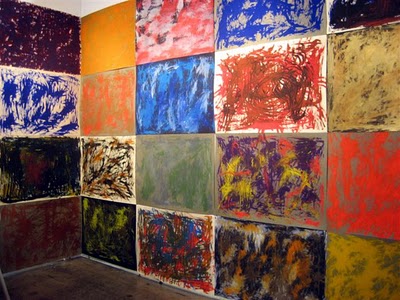 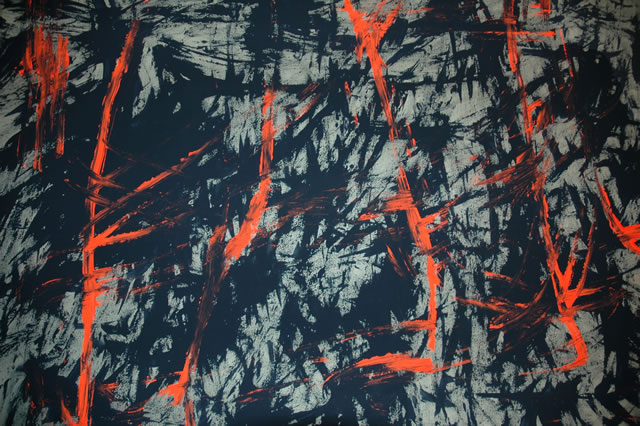 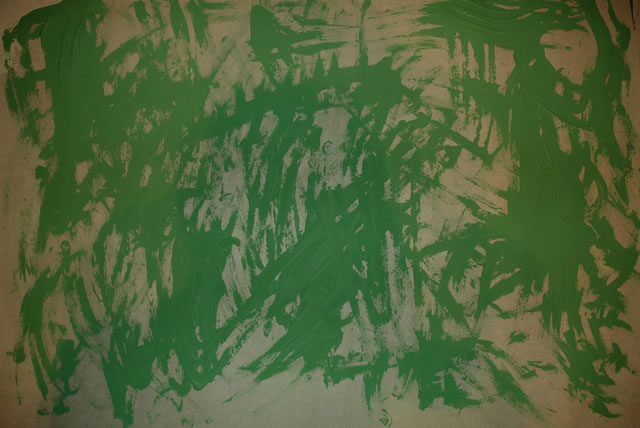 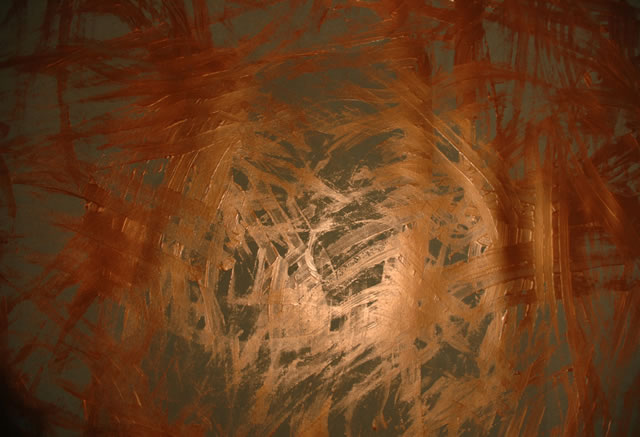 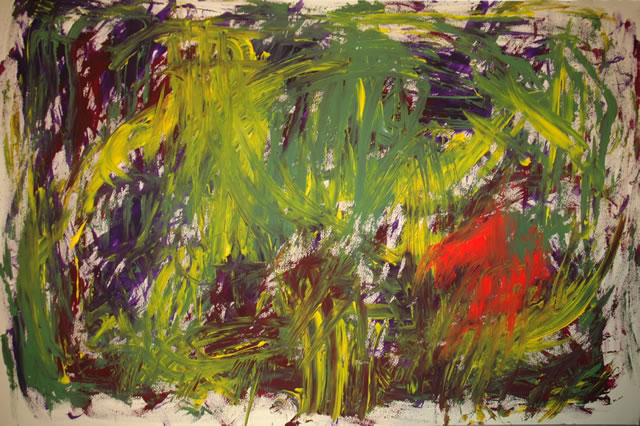 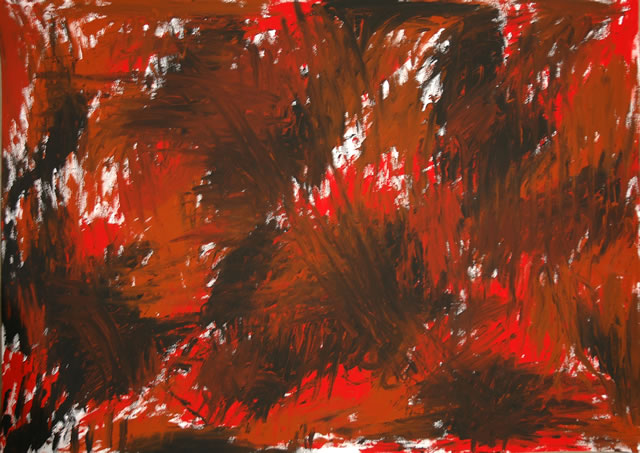 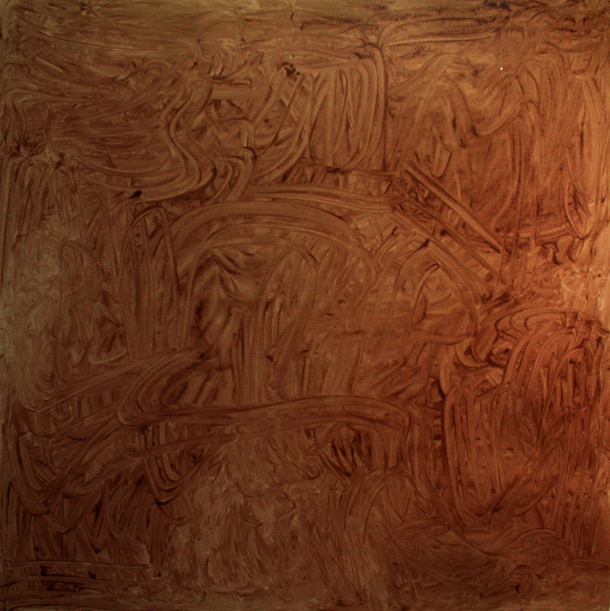 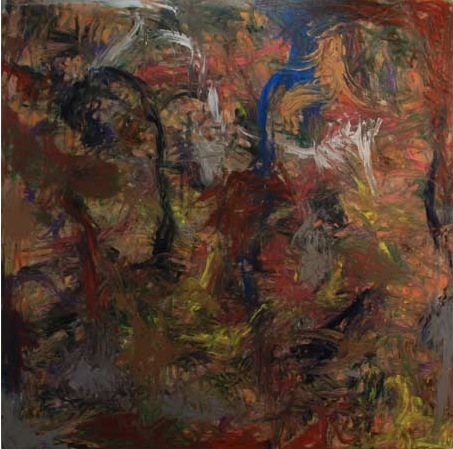 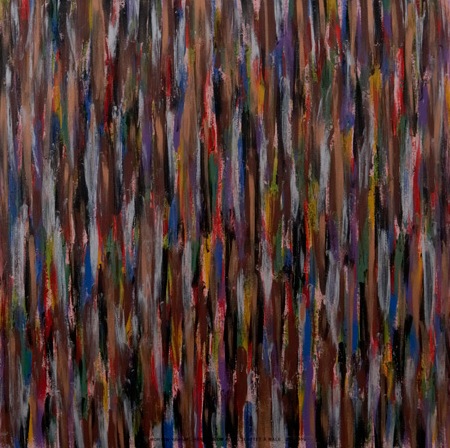 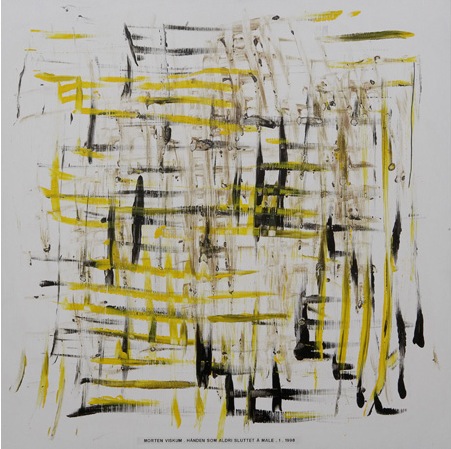 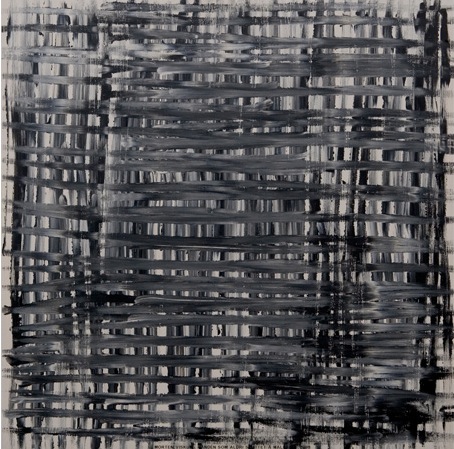 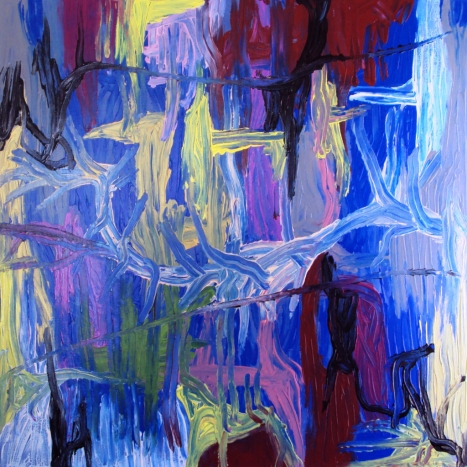 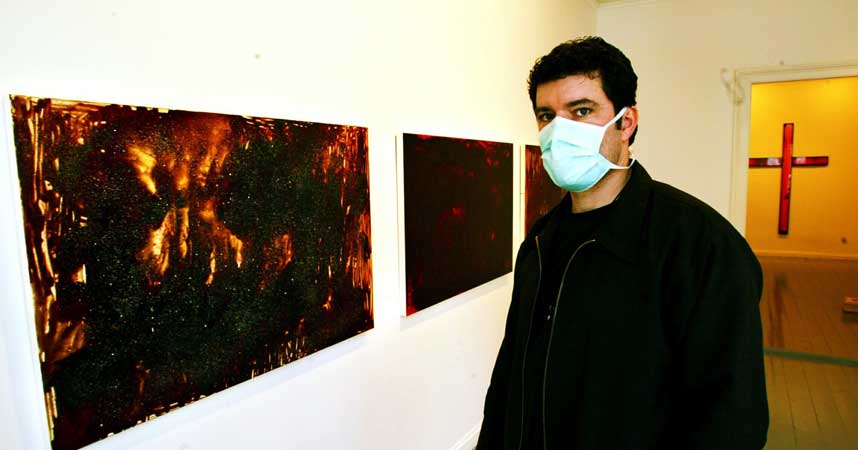 p.s. Hey. Welcome to first of my three days away from the blog due to work in Bas Normandie preparing for Zac’s and my new film. Today’s star is the Scandinavian artist Morten Viskum and his unusual ‘Hands Project’. I hope you … enjoy?