Meghan Howland creates moody paintings with loose brush strokes, examining apparently stoned, depressed and brooding youths through a hazy lens. Her disillusioned characters appear delicate yet unaware or disparaging of their own beauty and their effect on the viewer. Their faces are often obscured or their eyes are clouded with drugs or closed, and there is often the hint of recent violence or self-harm as if they are avoiding a painful confrontation or in the midst of suiciding. 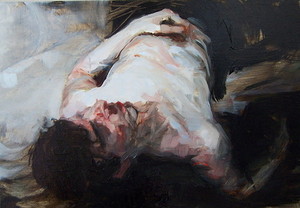 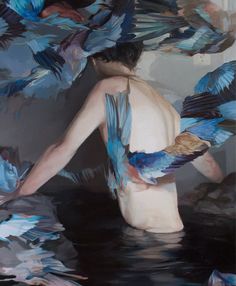 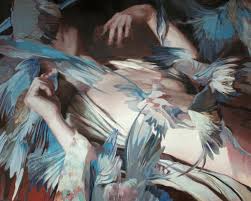 YDK Morimoe is an artist as enigmatic as his art. Also using the monikers of xhxix and Hi, this Japanese digital artist, born in 1985, has one of the most recognizable styles in contemporary art. His photorealistic portraits, mixed with painting effects and bold digital touches, are mostly always staging young men on drugs with sickly pale bodies and dazed eyes lost in surreal states of mental anguish and/or hallucination and/or physical injury. 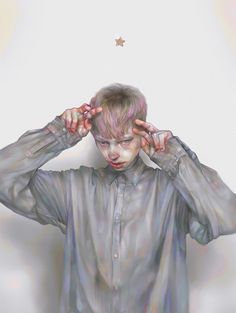 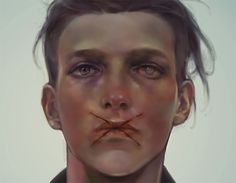 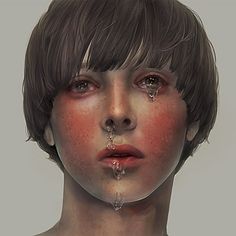 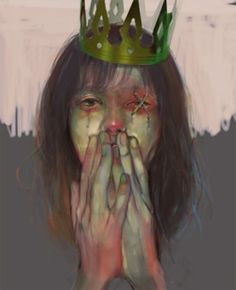 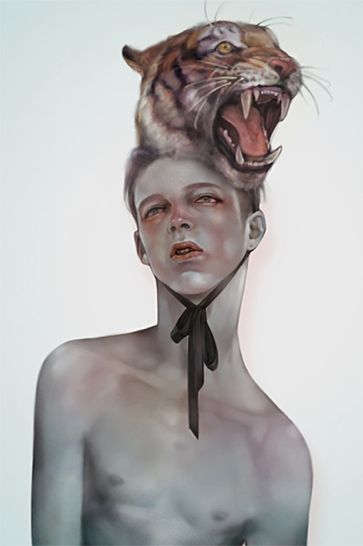