Frank’s Box: The Real Telephone to the Dead * 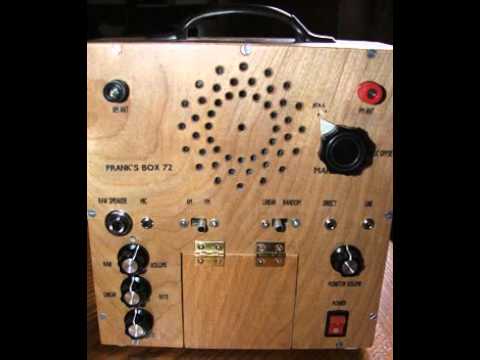 ‘Yes, I am Frank Sumption, and I made the original Frank’s Box, or the Ghost box. I am on Facebook, but even there, the interaction with the public is disappointing. Very few are interested, everyone knows better, no matter what these boxes say. I can not tell if I hear nothing and the “voices” are purely delusional, or what. Most seem interested only in ghost hunting and how to become rich and famous by doing nothing. No research, no study, no work of their own, seeking only their own reality TV show, or podcast.’ — Frank Sumption

Electronic voice phenomena, abbreviated as EVPs, are sections of noise on the radio or electronic recording that reveal sounds resembling voices speaking words. Paranormal investigators sometimes interpret these noises as the voices of ghosts or spirits. Recording EVP has become a technique of those who attempt to contact the souls of dead loved ones or during ghost hunting activities.

‘Frank Sumption says he received instructions for building the device that he calls Frank’s Box from disembodied entities. His first box was built in 2002, and he has made slightly more than three dozen. While anyone can build one from his schematics, there seems to be something especially effective about the boxes hand-made by Sumption himself.

‘Frank’s Box allows for two-way communication with the other side, in a way that is more interactive than typical EVPs. Frank’s Box or the Ghost Box as it has come to be known is an electronic system, or method of spirit communication, also known as instrumental trans-communication, or ITC. Simply put Frank’s Box scans AM/FM and low band frequencies to create a noise matrix from which the dead — as well as other entities — can use to modulate for messages.

‘Frank’s spirit receiver starts off with a standard white noise generator which is fed through a random voltage circuit of Frank’s own design. The random voltage is linked to an AM radio receiver which reacts to the voltage by tuning to a specific spot on the radio dial. This is known as voltage tuning and is a common function of late 80s and early 90s radio receivers. Though various radio stations are turned in for a split second every so often along with regular static, the devices also allows the spirits to interact with the device and create their own vocals through the receiver and for lack of a better term, talk through the device.

‘A newer version of the box simply tunes back and fourth through the AM band which Frank is calling the “Sweep”method. At first, he believed that the random voltage design is what allowed it to work but after using the sweep method, he has since changed his mind as it seems to do a better job. Frank has made his plans available on the Internet for anyone who is interested in experimenting with his device. He also makes available his own receiver plans for those who want to take it a step further and create the entire box from start to finish.’  — Ghost Hunters of America 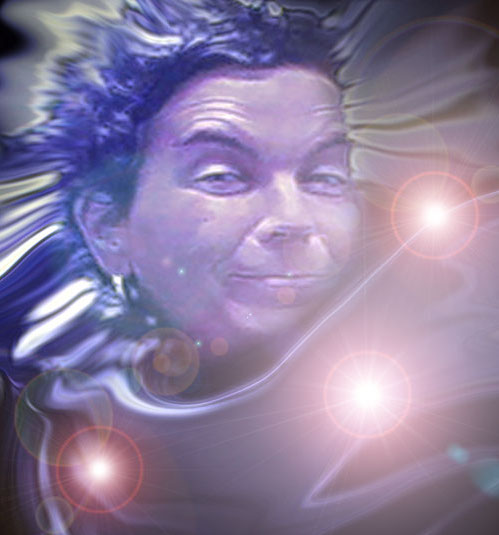 Earth Quakes rattle the world from January to December. China’s Earth Quake will kill many thousands, The number will grow into the thousands each day. And then all goes quiet until late July early August when the cycle it begins again. But this is a precursor to more to come. It may take two to three weeks or more before aftershocks stop. Then another quake hits to the west of Reno. I also have heard from them that many people won’t be able to buy earthquake insurance.

A 70-year-old woman scares would-be teen thieves from her house by hitting one with her favorite saucepan, made by celebrity chef Emeril Lagasse.

CBS will be streaming free TV programming to iPhone users.

A global coastal event of catastrophic proportions is likely in early to mid 2009. There will be a permanent loss of low-lying territory globally and the spirits foresee that one continent in particular will get hit badly, but they do not say which one. 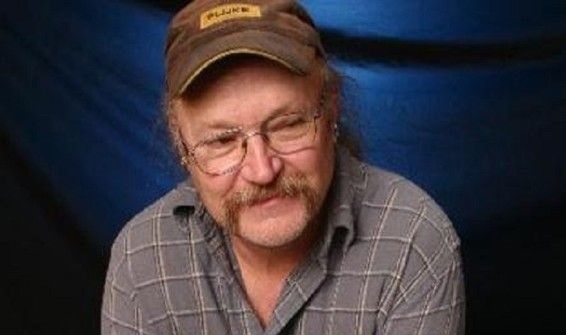 I make the boxes, still can’t mass produce the stuff, and rarely take requests, nor do interviews. It has to do with time, nothing else. As far as not producing the boxes, all attempts at mass production have been blocked so far.

I’m #39 so far, and the box continues to evolve, now using a linear scan system that results in more consistent messages. 36, 37, 38, and 39 are AM and FM linear scan boxes. 36, 37 and 38 are based on the Radio Shack 12-469, but instead of doing the hack in it, I use it as a tuner module. 39 uses an AM/FM car tuner module as the radio. 35 is a home made AM radio tuner. I started using home made tuners in #24, but still use pre-manufactured tuners when I can get them, as they eat up less board real estate.

Here’s a cell phone video of #39 done on Monday, you’ll need quicktime to view it. At about 2 seconds in ” Oh God- Please help me”, then at 11 seconds “Earthquake—China”. I don’t run these as others do, I don’t ask questions, I announce I’m doing an EVP recording, and let it run. I don’t do “investigations” either, I use this stuff at home, “they” come to me. Not only does it get spirit, but other entities as well, like Ets and etherics, but they rarely announce who they are, except for the human spirits.

The box is only one method of supplying the raw audio sprits/entites use to form voices, there are a number of other ways to accomplish the same thing, the box only automates the process.

BTW, you might want to be careful with the dark stuff, very tricky it can be, and I know no one wise enough to out smart something that already knows your deepest thoughts.

‘Approximately 5 days before Frank crossed the veil to the other side, he received this message… It says, “In fact, you must leave this month”. .. ponder that one. Lots of people thought that Frank was crazy for believing in the messages he was getting. I’m speaking of the nay sayers anyway. Looks like he was right, and the doubters were in fact, WRONG! In this message, his own passing was predicted, & just a few short days before receiving this transmission.’ — Wes King, Ghosts Inc.

p.s. Hey. ** David Ehrenstein, I agree. ** _Black_Acrylic, Oh, man. Okay, all my best wishes to your dad and to you. Love, me. ** Misanthrope, Hi, G. That does sound kind of ideal, collaboration-wise. Any idea when you guys will be finished? Yeah, amorality, nihilism, etc. are utterly uninteresting to me. To me that outlook is a matter of ‘too little’ rather than ‘too much.’ It sounds ‘wild’, but it actually requires lack of thought. ** Dominik, Hi!!! Oh, cool, thank you about the post. My lower back has been strangely chill for a strangely long time, actually, knock on wood and all of that. Love always gets a second chance if not a million of them. Wow, quite a dream you had there based on that curious sentence. As I’m sure I’ve said, my dreams, on the rare occasions that I remember them, always involve me trying to escape from someone who’s trying to kill me, but I had one the other night where, in the middle of my terror and running away, Tobey McGuire suddenly appeared out of nowhere, and I asked him, ‘How come you’re never in movies anymore’, and he said, ‘It’s all Leo’s fault’, and I knew he meant DiCaprio since I knew they had been friends at some point, but before I could ask him to explain, the person trying to kill me appeared again, and I had to run off. So multiple choice love: (1) Love sitting Leo and Tobey down somewhere and helping them work out their issues, or (2) Love chasing Leo and trying to kill him, or (3) Love shrugging and not giving a shit, G. ** Tosh Berman, Hi, Tosh. I so agree. I hope you’re doing as well as you can be, my friend. Lots of love, me. ** David, Hi. Thanks. I think that kind of show would need corporate sponsor. There must be one corporation with a DC fan as its CEO out there somewhere. No, I never met Lionel Dahmer. I don’t think he and I moved in the same circles. Maybe someone should have organised a reading with him and me on a double bill. He would have headlined, of course. I’ll invade my ears with ‘Hi Red’ as soon as I get out of here, thanks! ** Jeff J, Hi, Jeff. It and ‘What’s For Dinner’ are both lovely ways to spend your time. No, I haven’t read ‘Book of Franza’, and, like you, I’m very curious to. Obviously, I’m happy about you getting back to fiction. Covid is nuts here, and yet the government announced last night that it’s lifting most restrictions. I’m not sure what the logic is there other than Macron hoping it’ll help get him reelected. On the film, there’s one possible big donation that, if it comes through, will put us close to being able to start working on the film. So we’re waiting to see if that happens and trying to round up some small donations. So, we’re a bit on pins and needles and hopeful but trying not to get too hopeful. On the novella, I’m still waiting for Zac’s final round of edits. I told him if he doesn’t do that soon, I’m going to just do a last polish myself and think about what presses to submit it to, which may be what happens. Thank you for asking, bud! ** Steve Erickson, I don’t know if it would be huge but it would be very welcome and prescient and probably successful enough to cover the the base costs, at least if it included an emo brothel or two. Great about the podcast. I look forward to the pleasure! ** Right. I’m supposing that I don’t really need to explain why I chose to restore today’s post, do I? See you tomorrow.