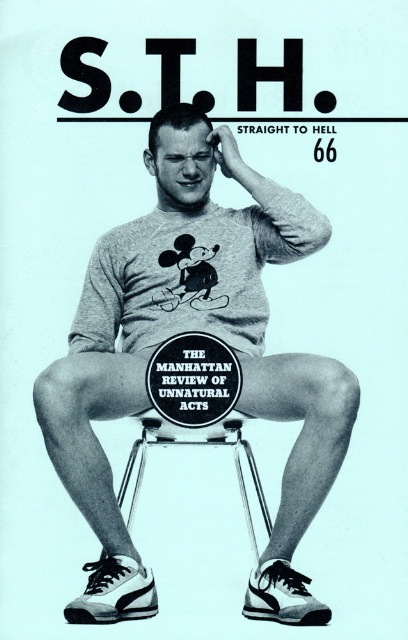 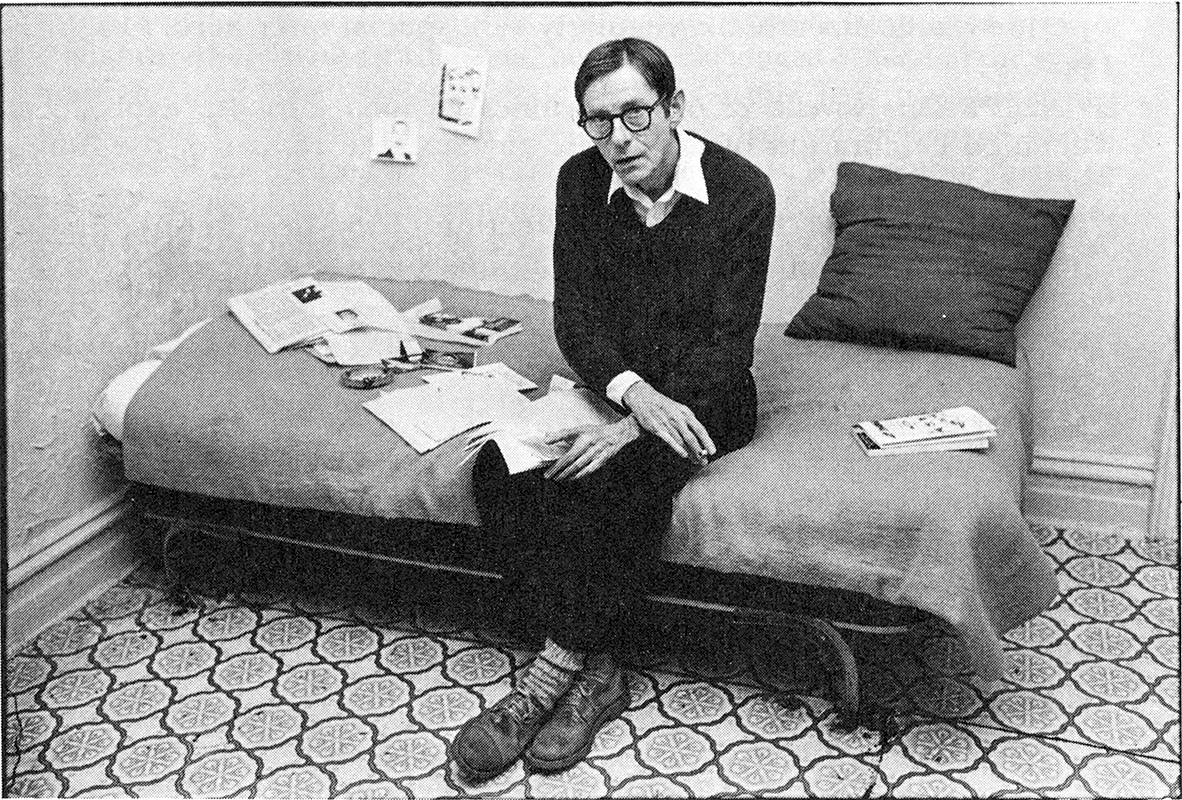 Some twenty years ago, Boyd McDonald began publishing out of his apartment a journal of men’s true, prodigiously explicit accounts of homosexual sex, entitled Straight to Hell – a.k.a. The Manhattan Review of Unnatural Acts, a.k.a. The New York Review of Cocksucking, and later – amid an alphabet soup of mainstream publications like GQ, W and HG – archly and elegantly styled S.T.H. Eventually McDonald, who dies in 1993 at the age of 68, edited the anonymous autobiographical letters to S.T.H. into more than a dozen books with titles such as Meat, Filth, Flesh, and Raunch. All were best-sellers in gay bookstores, somewhat to the embarrassment of the gay literati.

The essential democracy of the project is inspiring: Every man becomes his own Henry Miller, every sexualist his own Jean-Jacques Rousseau. It is conventional to claim that smut makes weary reading, but the autobiographical accounts in S.T.H. are sprightly, involving, full of intense interest and detail, and offered without the tiresome self-justification of most writings at the margins of society. In contrast to most contemporary fiction, the memoirs in these collections are precise in their aims and entirely without affection in their style. McDonald developed a distinctive manner of titling his contributors’ stories to parody the news items, so trenchantly that the editor’s statement is made even before the autor begins to speak: “Baptist Boys Do It, As It Were, In Church”; “Typical ‘Straight’ Admits Weakness for Friend’s Tongue”; “Youth Leaves Damp Underpants for Host to Sniff”; “The Love That Dare Not Speak Its Name: Armpit-Sniffing.”

These reminiscences are news that stays news. McDonald insisted that what he printed was not pornography, which for him meant the trite, self-conscious fantasies generated by guilt and timidity that were increasingly available in the 1970s and ’80s through an increasingly commercial salacious press. He published The Truth, in a manner of a crusading journalist – a photographer without a camera – with the serious intention of assembling documentation of homosexual sex in its “classical” age, 1940-1980. The result is a kind of oral (as well as anal and genital) history, taking the reader into terrain at once strange and familiar: the unacknowledged corners of life where repression is not lifted, but exploded to bits. In contrast to pornographic fantasy, the meaning of every scene, scent and sensation in McDonald placed before his eager public is simply that, however american life has been represented in the official organs backed by business, state, and religion, such things actually do happen.

In effect, McDonald was not only a documentarian, but one of the great satirists of the age, if a satirist primarily by proxy. The needs and products of the body horrified Swift and disgusted Orwell; even to William Burroughs, they are a dark rather than joyful secret. But McDonald saw them as literally the essence of life, betrayed by the hipocrisy and pretensions of a society in which men are trained to seek power and reject love. The emblem of his stance is an illustration he once used in S.T.H.: a male nude with a with the caption, “I am not just a human being, I am a piece of meat.” Through the sheer abundance of true stories, McDonald presents a picture of homosexual sex as a nearly universal male experience, in pointed contrast to the contemporary ideology of homosexuality as special identity. In the world of the S.T.H. book, every barracks shower is an orgy room; every Boy Scout jamboree is a festival of sexual initiation; every conservative politician and clergyman pays male hustlers for sex. Everything men do to bond or compete in sports, war and politics is a sublimation of, if not a substitute for, homosexual desire.

Hetero porn is produced almost exclusively for men, and almost as exclusively by men. It is rarely, in actuality, a matter of women getting men hot, but of men getting men hot – by telling dirty stories about women, or presenting dirty pictures of women. Thus, the prudes are partly right to say that porn is essentially adolescent; its system of production and consumption is one great circle jerk. What they fail to recognize, however, is that this homosexual circle endures in adulthood not as a kind of arrested development, but as a perfectly ordinary factor in heterosexual response – an evidence by the way that male mammals of any species are aroused by each other’s arousal, or by the bewildering emphasis on the “money shot” in pornographic films produced for the straight male consumer. (I have only recently learned that there are phone-sex lines on which straight men can swap heterosexual stories while they jack off; to a gay man, this seems not only titillating but truly queer.) The very real homosexual component in heterosexual relations is impossible to separate out, and the fantasy relation to a sexual object in verbal pornographic communication among men conceals an actual homosexual relation, mediated by the printed word. But that relation may never, ever be acknowledged.

McDonald said that his mission was to replace pornography with smut – by which he meant to talk about sex that is truthful, idiosyncratic, and honest even about its own reason for being. Contemporary crusades against pornography focus single-mindedly on the eradication of certain kinds of representation that are deemed dangerous influences on attitudes and behaviors. They may well be; but to argue for repression is to neglect that in any struggle over ideas, falsehoods and fantasies do not yield to a determined silence, but to truth. For that reason, what we need is not a moratorium on any one kind of imagery or speech. What we need is more smut. (March 1994) 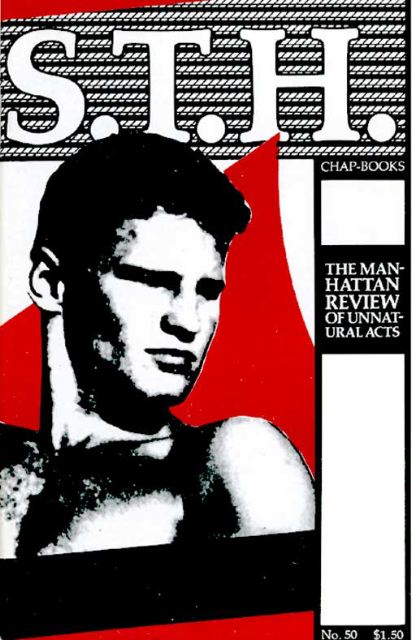 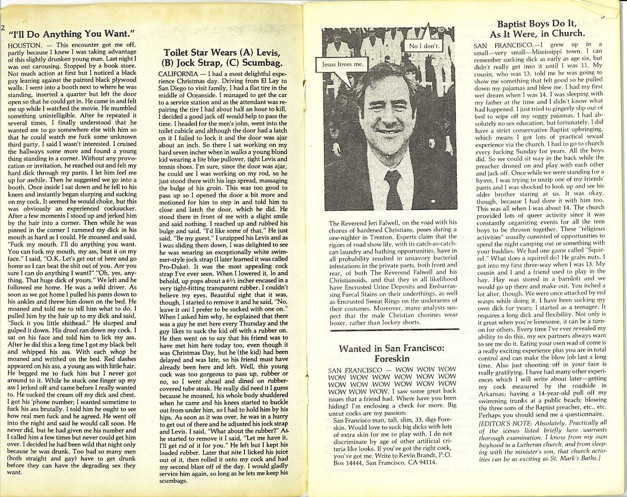 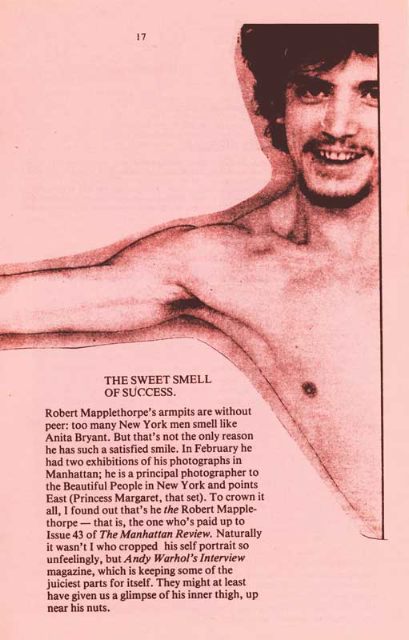 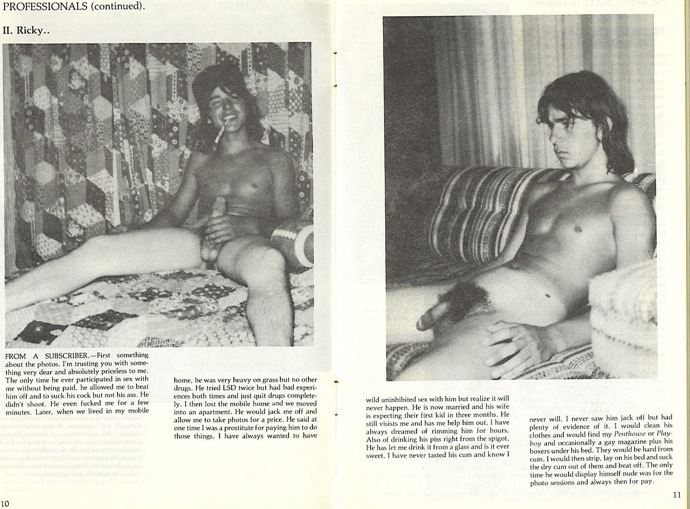 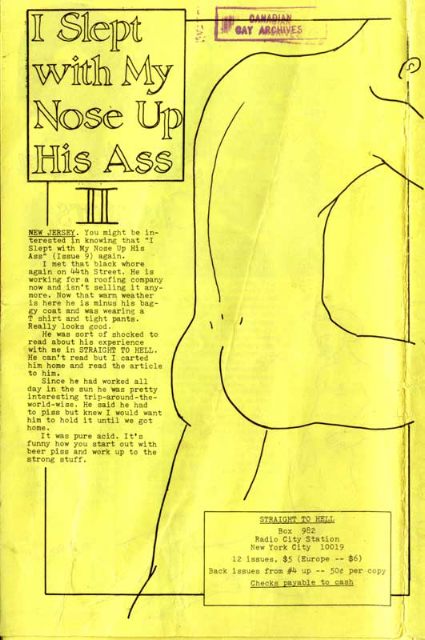 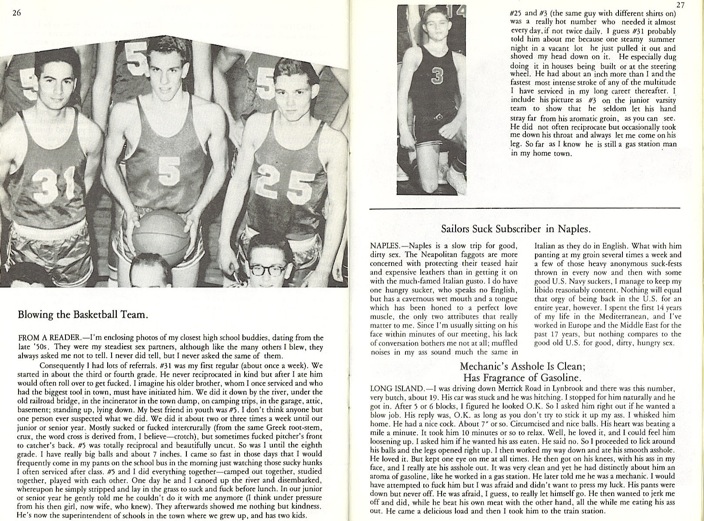 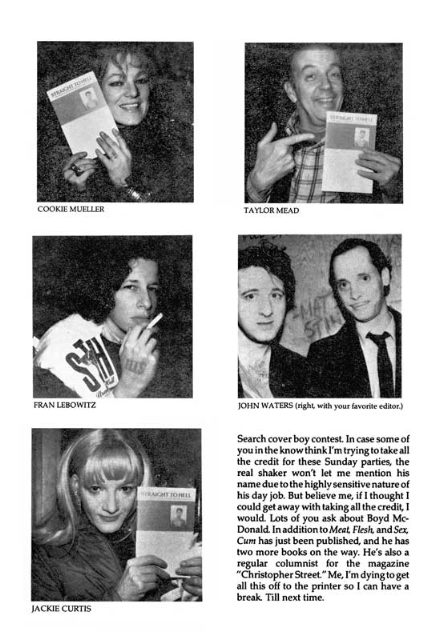 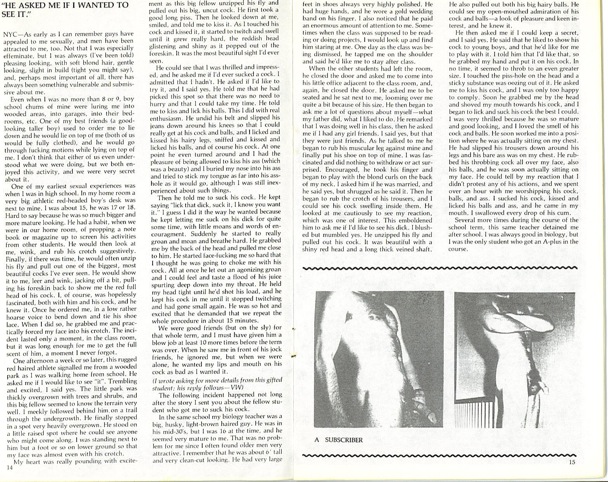 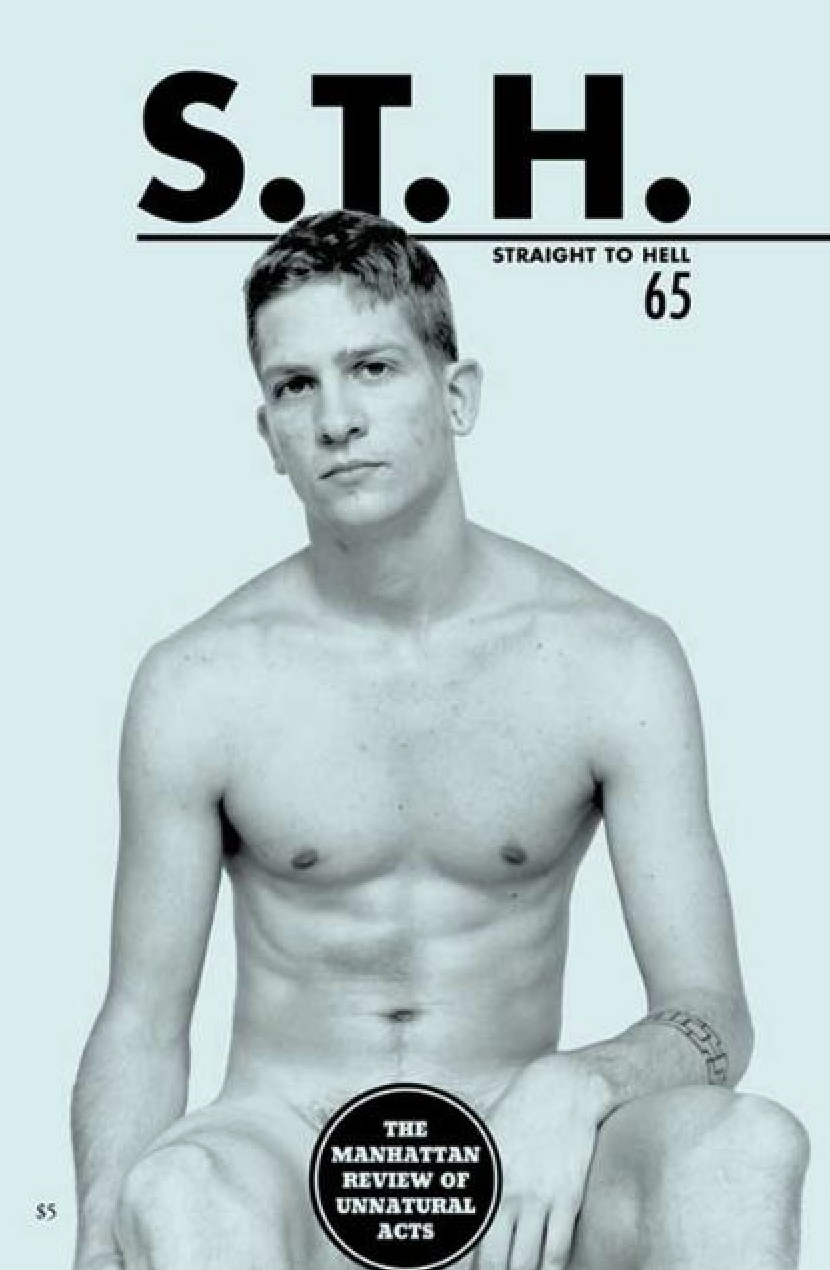 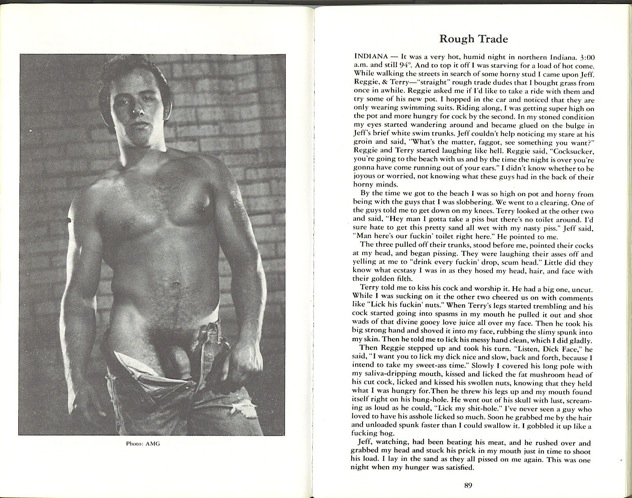 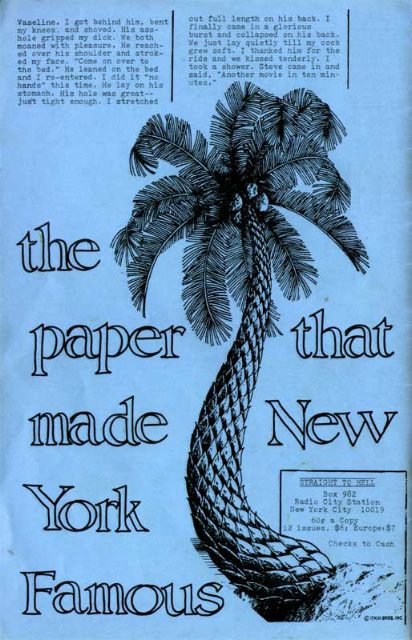 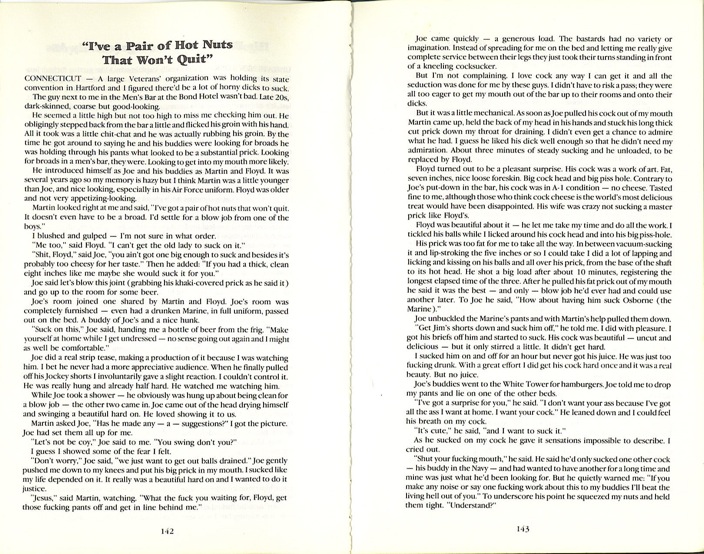 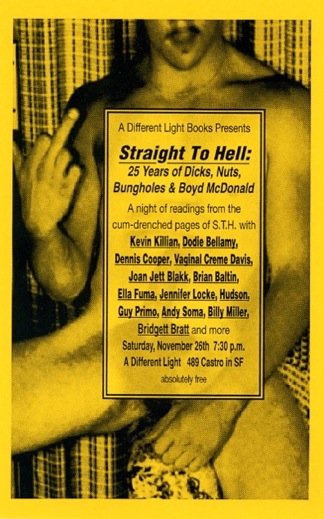 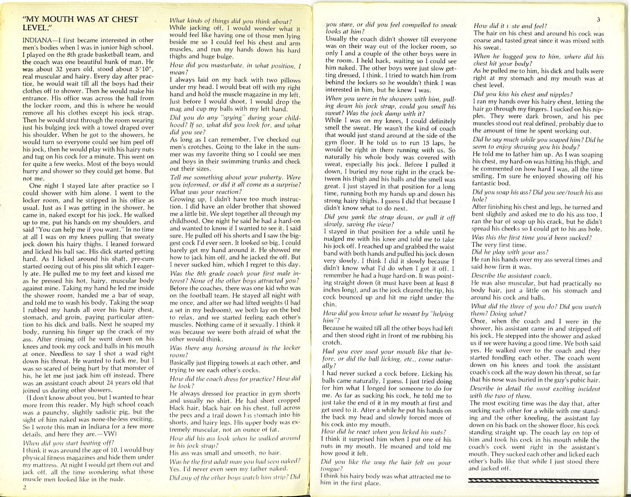 Straight to Hell (a/k/a The Manhattan Review of Unnatural Acts) is a living legend. Conceived and founded by cult writer Boyd McDonald in the early 1970s, it quickly gained a large following and underground notoriety due to a combination of graphic sexual content, radical politics and stinging wit. The unique concept of Straight to Hell remains unchanged: via a New York City P.O. box, readers are invited to send their accounts of true sexual experiences to the editor. Over the decades Straight to Hell has become an infamously comprehensive and uncensored library of homosexual practice and identity. The resulting series is a uniquely democratic and powerful collection of bizarre, funny, scary, and raunchy stories documenting the real and often embarrassing sex lives of a wide range of men – detailing a continuous chronology spanning nearly a century.

Exile is honored to inaugurate its residency space with an exhibition curated by current editor Billy Miller. Straight to Hell – In Cock We Trust presents an eclectic, and in some cases never before seen, selection of vintage and contemporary materials from the archives of Straight to Hell and the personal collection of Billy Miller. This particular exhibit is specifically not intended to be a historical overview over the complete story of the series, but rather a sample of the range of material featured in the pages of the magazine. Along with an exhibit of photography from Straight to Hell contributors, the show includes rare editions and ephemera – plus samples from edited anthologies, which will be made available for research during opening hours. Exile will also present a very special limited-edition artwork in honor of the occasion. 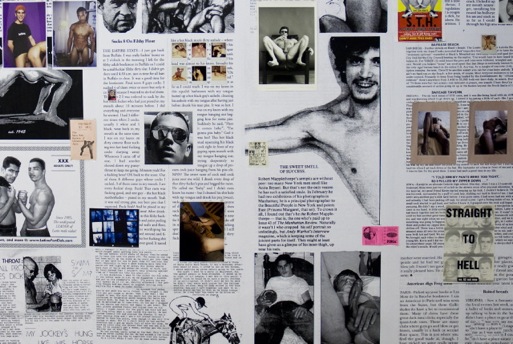 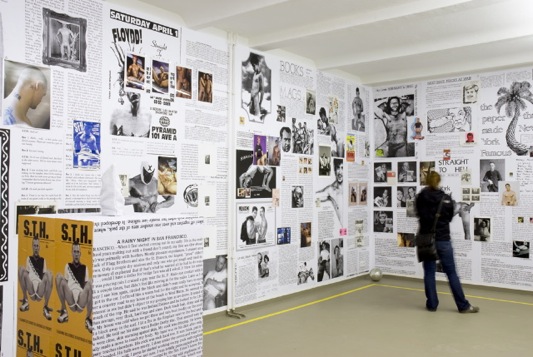 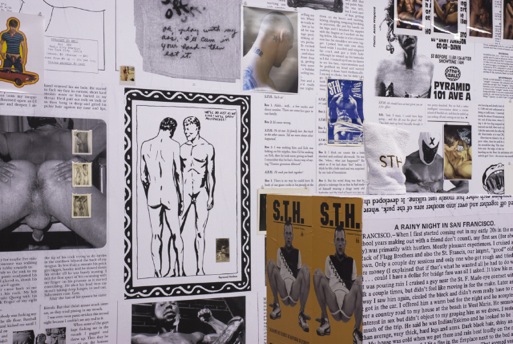 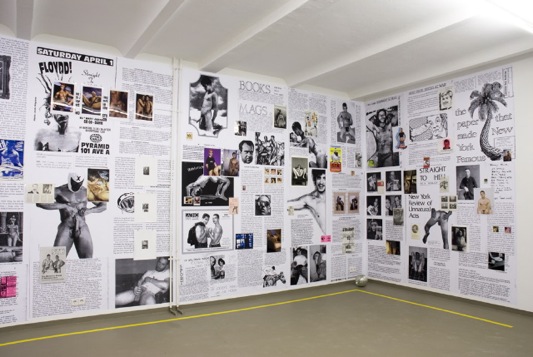 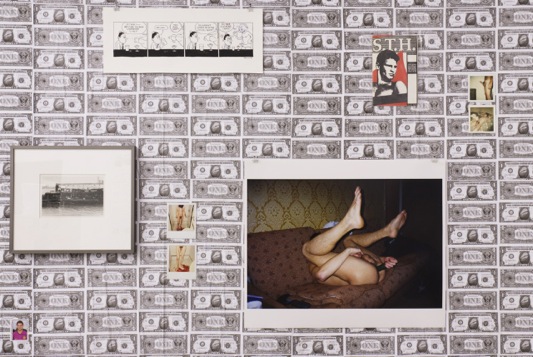 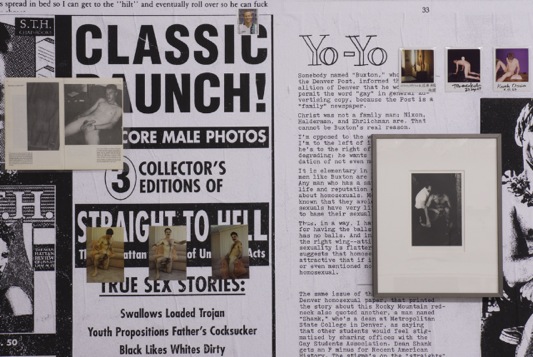 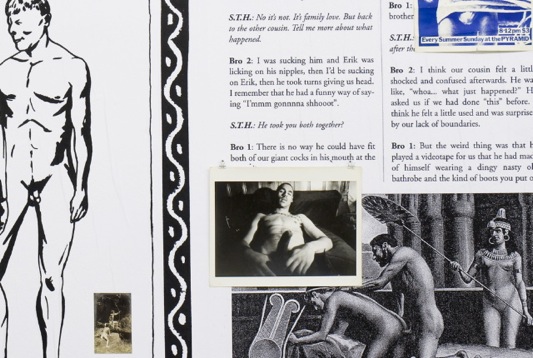 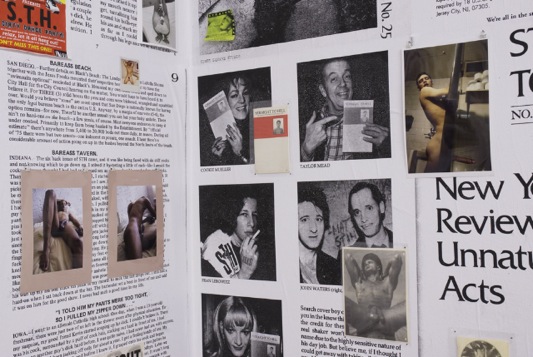 Exile is organized in seasons consisting of three residency projects and one corresponding exhibition. Exile’s objective is to give selected artists the opportunity to come to Berlin and present themselves and their work to the public. Projects at Exile can range from curated exhibitions to artistic collaborations to site-specific installations. Visitors are invited to meet the artist and engage in his/her/their creative process.

By definition exile implies not just a loss but also the opportunity to create something new. It is a clean slate and a fresh start. Exile offers its space to develop and present artistic ideas and projects beyond expectations, limitations and margins. The use of the space during the residency solely depends on the resident artist’s practice and interests. Exile can be a temporary art studio, screening room, workshop, store, and/or gallery.

Exile is a private space that consists of two distinctly different areas that inform each other: The Ground Floor residence offers a four-week 100 sqm (about 1050 sqft) typical Berlin industrial warehouse space. This space is solely for the use of the resident artist. Here, he/she is invited to create independently according to his/her own creative and conceptual vision.
The third floor gallery space focuses on exhibitions of visual materials and artworks that connect, embed and contextualize current and historic artistic practices.

Exile is a public space. Regardless of its use, Exile will be open to the public during opening hours. The visitor will have the opportunity to engage in an artistic process and see, depending on the program, the resident’s work in progress. In the third floor gallery the visitor will have the chance to engage with the works on display in a more private and focused way. Further, each residency will be accompanied by a selection of public events according to the interests and practice of each resident. Such events can include openings and screenings as well as talks and panel discussions.

Exile is an open space. Exile encourages applications. There are no prerequisites or criteria to fulfill. There are no application forms, no fees and no deadlines. Exile will try to answer, as much as possible, all proposals in due time. 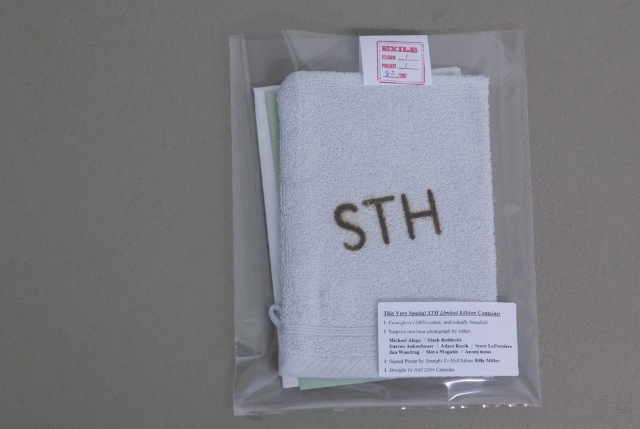 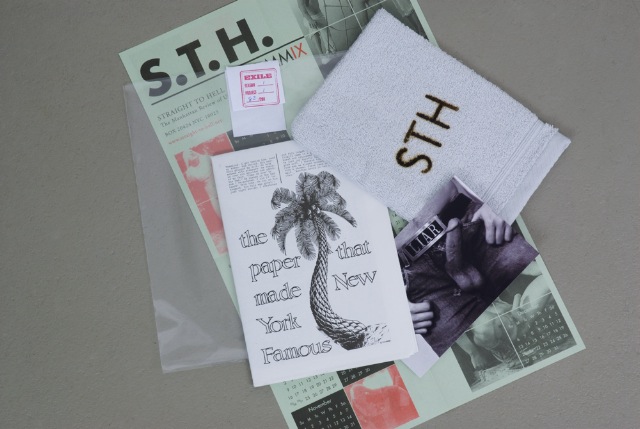 p.s. Hey. ** David Ehrenstein, Hi. Everyone, Mr. Ehrenstein’s FaBlog takes on the chatter magnet du jour — aka the movie ‘Cats’ — in his inimitable style under the title What “Cats” Dragged In. ** Nick Toti, Thank you again so, so much, maestro! ** NLK, Hi, Nick, good to see you! That is a killer shot. Thanks for all the good words about Nick Toti’s work. I agree big time. Best holidays to you if you’re holidaying. ** megan boyle, Hi, Megan. So great to have you here, and I’m so happy to have your great work splashed all over this blog’s front pages. Respect to you! ** Steve Erickson, I’ve heard of that series but haven’t it. You? ** Thomas Moronic, Hi, T! I hope your Xmas break is paying off in creative and/or peace-providing dividends. ** Ferdinand, Hi. Uh, I’m pretty sure the German versions of those books and of all the Cycle novels in general used the English language titles, but my copies are in LA, so I can’t check right now to make sure. But I’m pretty sure. ** Okay. Here’s a triply guest-edited, formerly defunct post from way back in time for you. Can’t vouch for the survival of what’s on the other sides of the links, but here’s hoping. Enjoy, etc. Thanks. See you tomorrow.