Since late 2015, I have been compiling references and conducting interviews for my future book Twink Studies. Despite the plethora of writing on bears, leathermen, radical faeries and more, there is not the same level of detail out there when it comes to twinks. Twinks are variously described as “thin, smooth, and buff”, “slim or waiflike”, “unnecessarily bitchy”, or “shallow and air-headed”. With adult film titles like Man on Twink implying an inherent effeminate quality to the twink — while others promote a ‘boy next door’ dynamic — and opinion pieces stating that “being labeled a twink is like getting the scarlet letter of the gay universe”, there is clearly more to unpack than meets the eye.

For this post, I have brought together a sample of my findings so far. 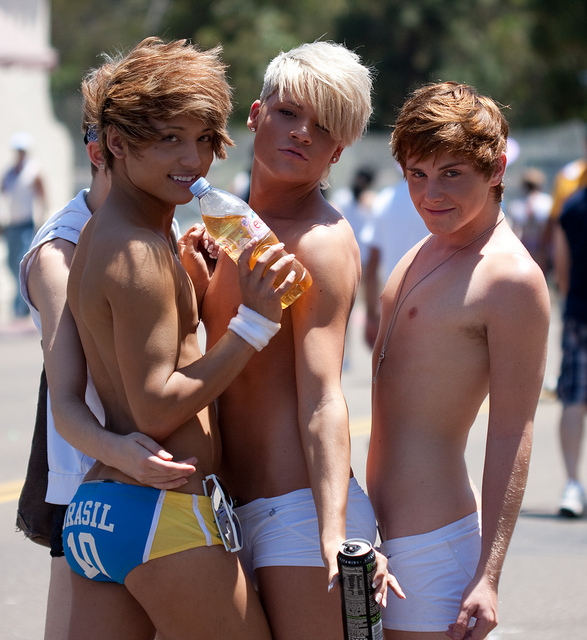 The term “twink” has been used since at least the 1960s to refer to gay men in general, before gaining a more specific definition, possibly related to the effeminate connotations of “twinkle-toes”. The definition of twink often includes young adult men who have a boyish and/or effemininate appearance, are relatively hairless and slender, thought to be lacking in intelligence, fashion-conscious, and members of club culture. The term “twink” is often applied by others rather than used as a self-descriptor by an individual. The term usually is used in reference to gay men though it does extend to pop culture crushes such as male celebrities who get tucked under the twink umbrella as well. 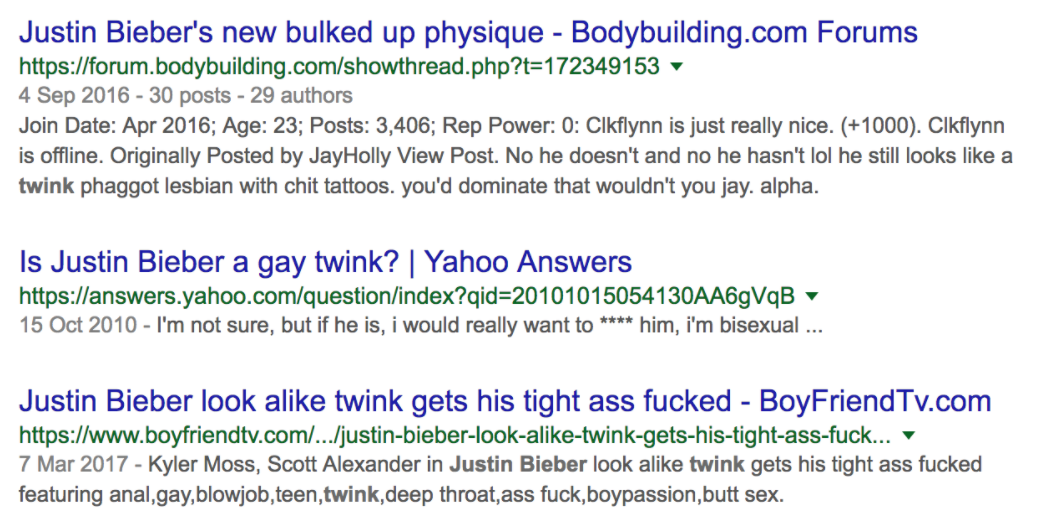 A common origin story given for the popularization of the word “twink” is from Drummer author Fred Halsted in 1975, who “coined the terms twink and twinkie to define his boyish blond lover Joey Yale who typically represented a certain kind of young, hairless, and cream-filled gay youth.” (Gay San Francisco) T.W.I.N.K. (“Teenage, White, Into No Kink”) is a backronym that emerged long after.

The word twink is applied overwhelmingly to white men, doubtless due to persistent racial stereotypes, such as the hypermasculinization applied to black men. 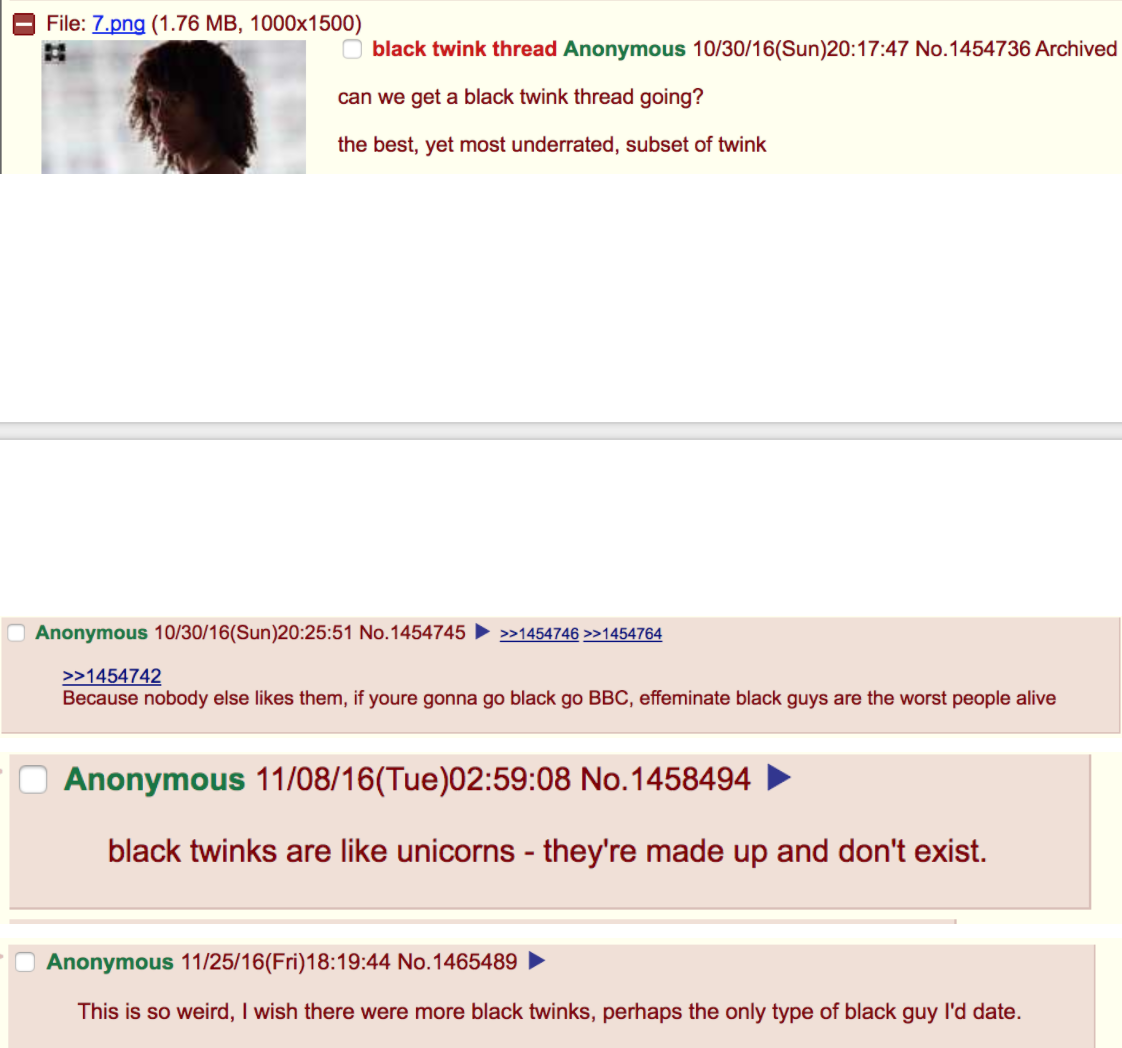 Original poster and select comments from an archived /hm/ thread on black twinks.

“because I’m a person of color, I can never really be a twink…like from what I’ve observed. I cannot be both, because the stereotypical twink is white and skinny, and toned, and all these things.” (Critical Articulations of Race, Gender, and Sexual Orientation)

As with bears versus otters verus polar bears (the list goes on), there are offshoots to the standard-issue twink. Twunks have “the face of a twink, with the physique of a hunk”. 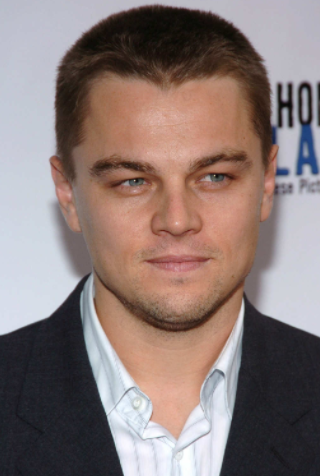 “Leo finally, finally shed his stubborn adolescence in September of 2005, at the premiere of Martin Scorsese’s Bob Dylan documentary No Direction Home. Just look at this red-carpet photo: Can you even tell whether he’s twink or twunk here? You cannot! […] The answer you’ve long been looking for is that on or about September 19, 2005, 30-year-old Leonardo DiCaprio officially went from twink to twunk.” (Vulture) 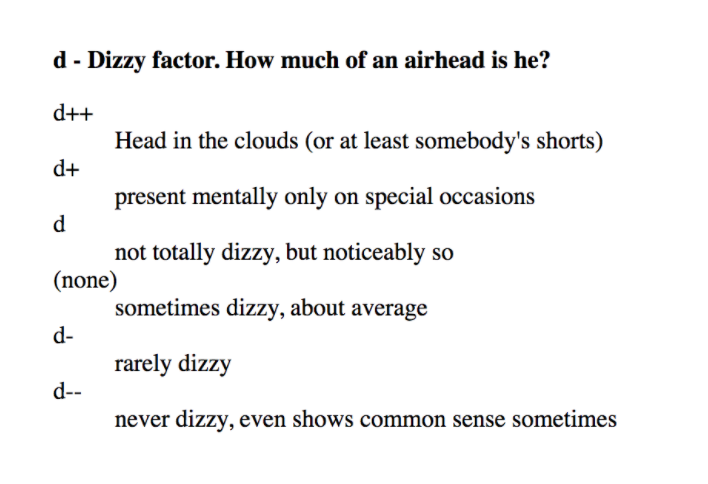 Twink Code is one of the most humorous, self-aware articulations of twinkhood, a tech creation from 1993 inspired by other online classification schemes such as Bear Code (1989) and Smurf Code (1990), Smurf is a term not commonly used today that has some overlap with twink, associated with “a “bitchy” demeanor”. Twink Code outlines a nuanced variety of twink types that one could claim in an email or newsgroup signature, each with small descriptions provided, including BeachTwink, The All-American Twink, EuroTwink, and GrungeTwink. Further classification options are many. 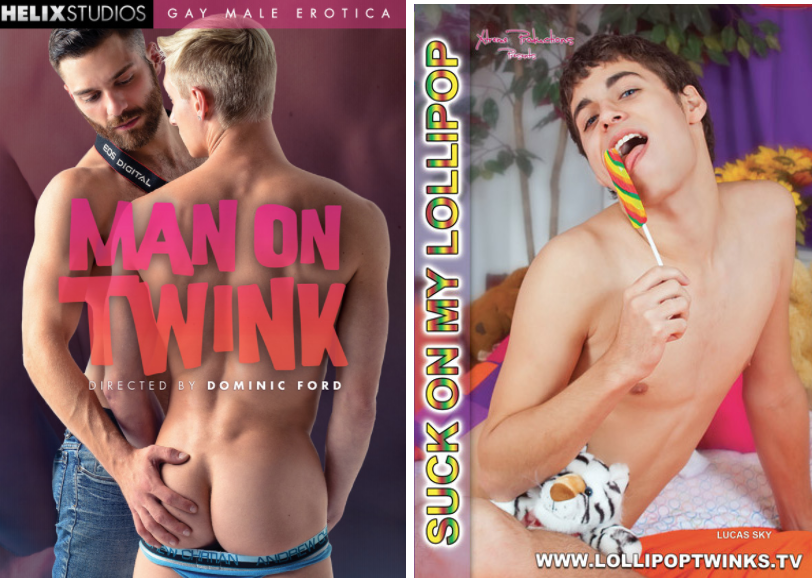 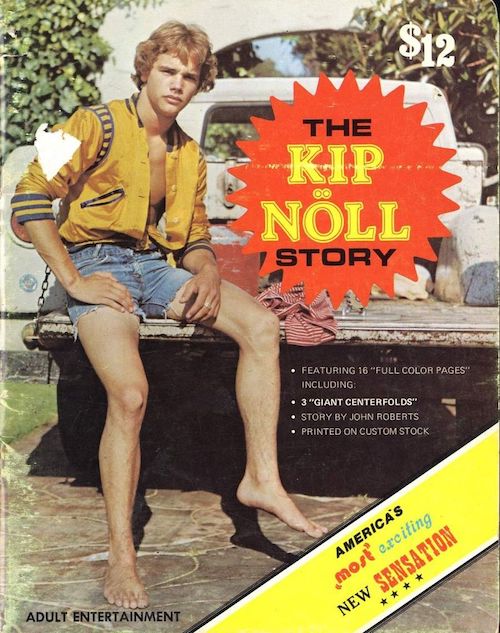 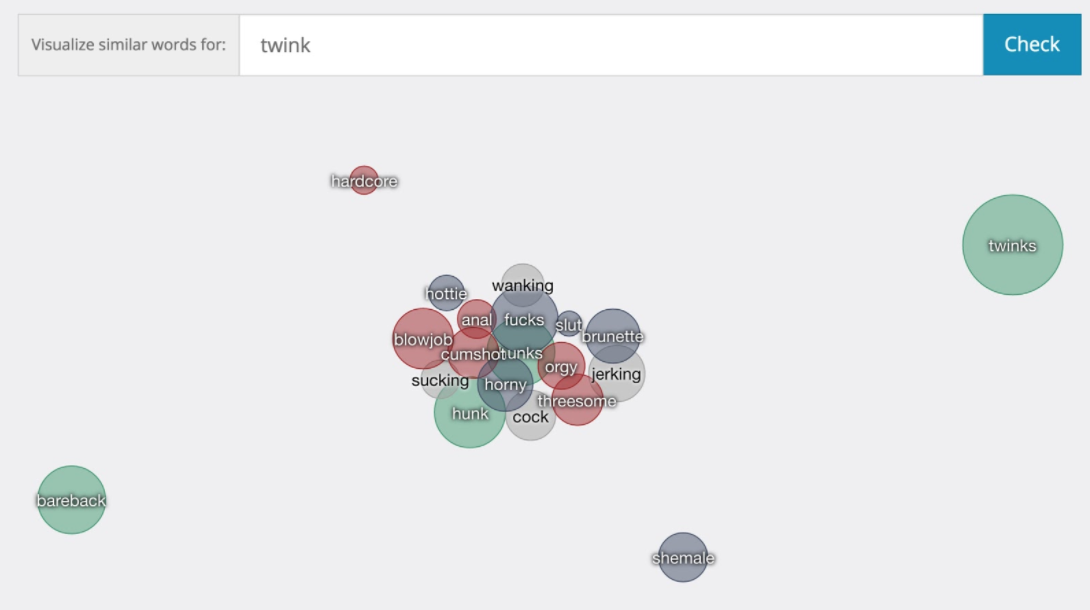 A word cloud from FoxType showing the words considered most closely related to ‘twink’, nearly all porn-specific terms. 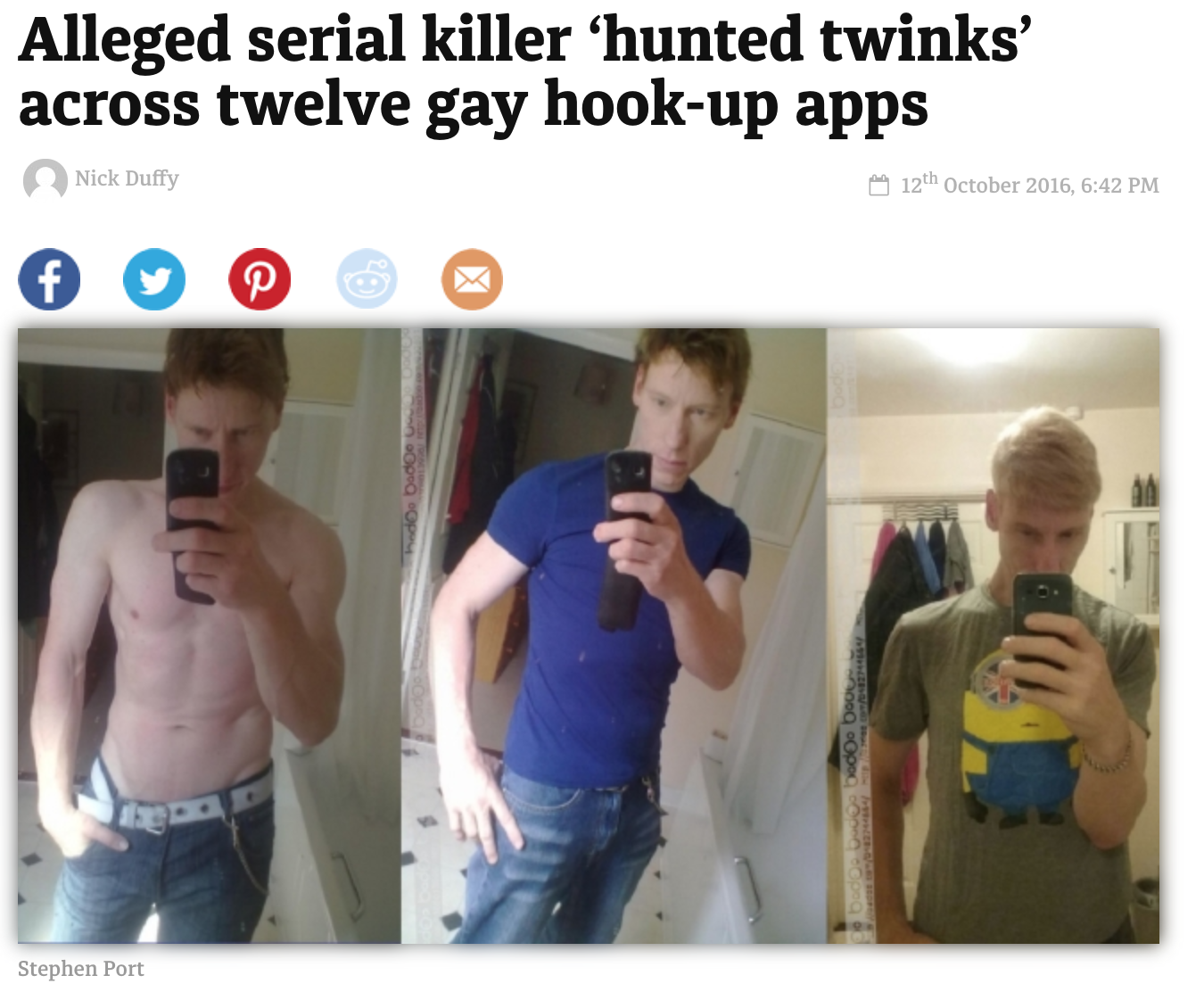 Objectification, exploitation, and harm of twink bodies by older and/or powerful members of bar scenes, dating apps, and the gay community at large remains a major issue and shares some parallels with the problem of straight men’s treatment of women as invariably submissive, sexually available objects.

“Women have feminism and sisterhoods, actively raising awareness of this type of seedy activity in our patriarchal society. This is obviously a great development in terms of individual rights and dignity as they provide a much needed face against the shame and submission that comes with sexual objectification. […] By delving into gay culture, it’s clear there are similarities. While we’re still fighting for equal rights, we should also be uniting against this sort of objectification, rather than splintering within our own minority and promoting inequalities and sexual violation. I’m calling for homoism. Twinks everywhere, join a slut walk.” (Vada Magazine)

I have thus far encountered two (very different) artistic endeavors showing different sides of the figure of the twink in art, Hugo Blame’s collage art on his website at BLAME201 and zine Harsh Twinks and journalist and photographer Lucian B. Wintrich’s Twinks4Trump. 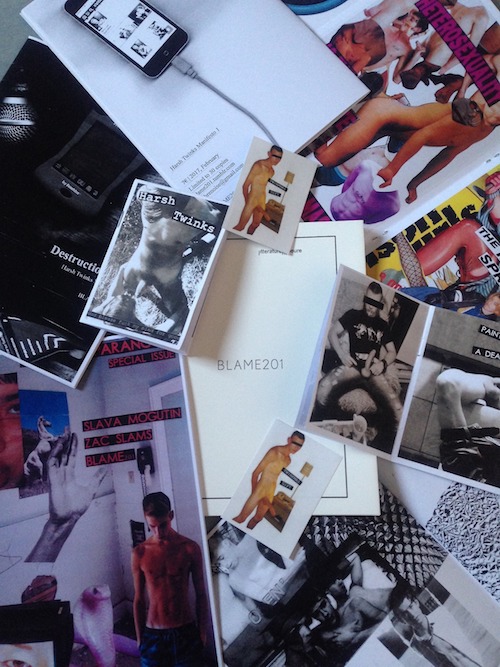 “Since the beginning, I’ve always been into twinks […] The fact is that I really don’t like the “dynamic executive” stuff like “Ok now I’m 20/21 yo, I’m graduated and need to enter into the business world blablabla I need a suit […] Twinks are a symbol for queer teenagers. You can do what you want, you can be a twink in the Gregg Araki / Dennis Cooper’s style like, but you can also be a twink who’s popular, listen to pop music etc […] Of course you can be a twink in couple, but you’re not supposed to live a certain way. No obligations.

Maybe I’m wrong and it’s only my perception of the “twink” term but in my mind the perfect twink is the cute “straight” boy in highschool. […] Maybe it’s just because I like boys like this so, for me twinks are “men”. “Jocks” are like “super-men” (personal interview with Hugo Blame, July 2017) 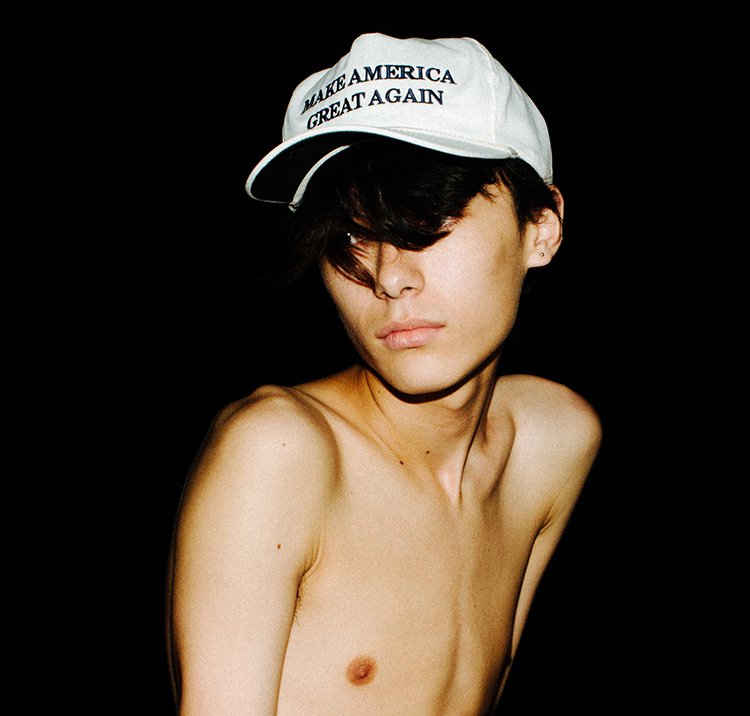 Lucian B. Wintrich, responsible for organizing “the first pro-Trump art show”, and his satirical photo series Twinks4Trump (not to be confused with a no longer extant parody Twitter account of the same name) garnered quite a bit of media attention in August 2016. Wintrich was reportedly fired from his job over the series.

Many more twink topics remain to be uncovered; dating apps, dominance and submission, cultural crossovers. I hope you’ve enjoyed this taster of what I’m putting together for Twink Studies. If you would like to be considered for an interview about your own experience in relation to the identity, feel free to fill out my survey here.

p.s. Hey. Major awesomeness for you today as the artist and distinguished local Marilyn Roxie takes over the controls to share some heady research from a book-in-progress Marilyn is writing and composing. Barring instances of twinkophobia, you will have a great time, guaranteed. Importantly, please give a response of whatever kind you like to Marilyn in the comments today to show you were attentive and cared. Thank you for that, folks! And thanks of a very higher order to you, Marilyn! ** MyNeighbourJohnTurturro, Hi, man! It’s so nice to see you! Thanks about the gig, and it’s good to know our taste/mind meld is still in proper working order. I’m good, busy. How are you? I regret not seeing you in Paris too, of course, and I hope there’ll be another opportunity to meet on temporary (at least) common turf somewhere ere too long. Yeah, happy to see you, my friend! ** John Fram, Hi. Baths are/is fun. Oh, oh, I see about the outline. Sorry, my brain jumped the gun there. I hope the right mind state sets in whereby I can try Stephen King again. I really should. No, you didn’t tell me that, wow. What does that mean? You designed it for her house or for  her stage show or … what? That’s very interesting. ** David Ehrenstein, Hi. I wonder what Jimmy Duvall is up to. I get the feeling he must have stopped acting. I haven’t heard hide or hair of him ages. Really lovely guy. Ah, at last! Everyone, The long awaited piece by Mr. Ehrenstein regarding the great composer and songsmith John Latouche on the occasion of the publication of his bio is now yours to devour. And do! And, if you would like a little extra Latouche via Mr. E, revisit the fine post that was presented here last year aka ‘David Ehrenstein presents … John LaTouche Day’. Thusly. ** Steve Erickson, You beat me to a punch, cool. That ‘MZKFT’ is terrific, right? The Errorsmith album is really, inventive wacky fun. I didn’t get a chance to watch the Vimeo thing yet. I will today. It would be a strange choice to wilfully listen to something like Big Black or Behemoth on acid. Generally when you take acid you want to avoid dark, assaultive things that can magnify and start to indict your own thoughts. ** Jordan Rothacker, Hi, welcome! Oh, let me check for your eBook. It should be on my computer. It might have just gotten temporarily lost via my poor organisational skills. Thank you a lot for the kind words about my stuff and the blog. Really fine blurbs you have there from some excellent people. Take care. ** _Black_Acrylic, You’re free! Ha ha, nice description. Cartoon characters always end up just fine. I hope you had a lovely Xmas dinner in the lovely DCA environs. The future is yours, my man! ** Dóra Grőber, Hi! Thanks! Me too: I’m going to get some work in on the script today before we have to buckle down on the assignment, also today. The ‘CROWD’ premiere was a great success! I hadn’t seen the final, finished version of the work before, and I like it very much and think Gisele really came through. It needs a little fine tuning in parts, but even those seem to work okay as is, and I think the whole piece is really fresh and pretty exciting, and it got a rapturous response. So, yeah! Countdown to new SCAB! Tick, tick, … And did today provide you with enough time to do what you hoped to do? I hope it was the epitome of greatness! ** Jeff J, Yes, yes, RIP the great William Gass. His voice will be very sorely missed. A truly great one. No, I only met him briefly once. He did an event at the Lannan Foundation in the early 90s in a series curated and hosted by Michael Silverblatt, and Michael introduced us, so I got to say and receive a hello. I’m happy some of the gig caught your ears. I’ve always liked In Your Nursery, but I’ve never locked into them enough to have any specific faves or suggestions. I do like the new album a lot. Very glad your allergies aren’t tamping down your will to make. ** Amphibiouspeter, Hi! Yikes, that does sound like the journey from hell. I would be beside myself and probably catatonic at the same time. Have you made it okay now? Thanks about the flags post. Yeah, there is a relationship to the gif work. It was interesting to fool around with involving text. That was one of my favourite posts I’ve made in a while. Welcome to mainland Europe! How are you today? ** Okay. Marilyn Roxie has you so incredibly covered today. Luxuriate and pony up with some related wordage, thank you! See you tomorrow.