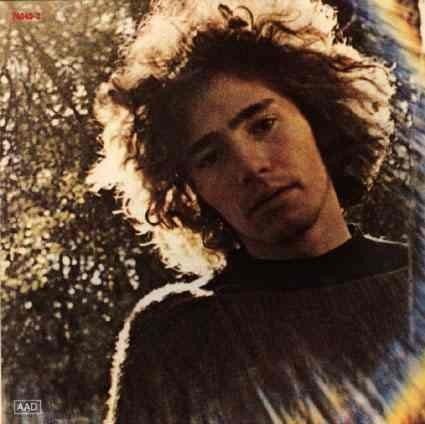 ‘You know, people don’t hear anything. That’s why rock ‘n’ roll was invented, to pound it in. That whole stuff has got to stop, because music is being poisoned by the people. I see where I’m headed–yeah, into a progressive thing–there’s going to be a change and I can’t help the people.’ — Tim Buckley, 1970

‘It is not that Tim did not want to please his listeners. He very much wanted them to enjoy his offerings. However, he also wanted to grow as an artist, to seek new approaches to composition and performance. He wanted to evolve. And he did, through five distinct generic phases: folk, folk/rock, jazz, avant-garde and white funk dance music. Along the way he listened to everything from Duke Ellington, Pete Seeger, and Fred Neil, to Miles Davis, Stravinsky, Stockhausen, and Penderecki. By the time he reached Lorca and Starsailor, he knew he was the most impassioned and technically innovative singer of his era. He knew the past; he knew the present; he stretched his psyche and his soul into the future.’ — Lee Underwood, 2007

‘Tim Buckley recorded his debut album, Tim Buckley, over three days in Los Angeles in August 1966. Buckley later remarked that recording was “Like Disneyland. I’d do anything anybody said”. The album’s folk-rock style was largely typical of the time but Buckley’s distinctive voice and melodic compositions garnered positive reviews upon its release in late 1966. On later reflection, guitarist Lee Underwood summed it up as “a first effort, naive, stiff, quaky and innocent [but] a ticket into the marketplace”. Producer Jac Holzman expressed similar sentiments, stating in 1991 in the periodical Musician that Buckley “wasn’t really comfortable in his own musical skin”. Lyricist Larry Beckett suggested that the band’s desire to please the prospective audience held them back. Despite having some aspects in common with Bob Dylan, in terms of musical style and fashion sense, Buckley distanced himself from comparisons, expressing a general apathy towards the artist and his work. Whilst his second album, the more ambitious Goodbye and Hello did not make Buckley a star, it performed better in the charts than his previous effort, peaking at #171.

‘After Buckley’s long time lyricist Larry Beckett was drafted into the Army, Buckley was free to develop his own individual style, without the literary restraints of before. He described the music he was associated with at the time as “White thievery and an emotional sham.” Drawing inspiration from jazz greats such as Charles Mingus, Thelonious Monk, Roland Kirk, and vocalist Leon Thomas, his subsequent independently-recorded music was vastly different from previous recordings. His third album Happy Sad alienated much of his prior audience. He began to weave in new songs into his performances, featuring an increasingly minimalist sound from his heavily orchestrated first two albums, and introducing a vibraphone player into his band. However, this attempted rejuvenation was a commercial failure; becoming largely based on improvisation, his performances were less accessible to the audiences who saw him as a folk-rock poster boy.

‘During 1969, Buckley began to write and record material for three different albums: Lorca, Blue Afternoon, and Starsailor. Inspired after hearing the singing of avant-garde musician Cathy Berberian, he decided to integrate the ideas of composers such as Luciano Berio and Iannis Xenakis in an avant-garde rock genre. He started to fully utilize his voice’s impressive range. Lorca was viewed as a failure by many fans who, shocked by its completely different style, found the vocal gymnastics too abstract and far removed from his previous folk-rock rooted albums, and Blue Afternoon was criticized as boring and tepid. Vocally and instrumentally haunting, Starsailor was highly original, with free jazz textures under Tim’s most extreme grunting and wailing vocals to date. At times his voice sounds disturbed and depressed. Despite including ‘Song to the Siren’, the song that would end up being his most covered and revered, the album shared the same response as the Lorca album. Impervious to Buckley’s avant-garde style, few of his fans were aroused, and most disliked it.

‘After the failure of Starsailor, Buckley’s live performances degraded to insincere chores and he eventually ended up unsellable. Unable to produce his own music and almost completely broke, he turned to alcohol and drug binges. Two years later, financially depleted and craving recognition, he released three rock/soul/funk albums – Greetings from L.A., Sefronia and Look at the Fool. They all failed. Fundamentally Tim was unhappy with the systematic and shallow R&B; structure of the lyrics and music, despite being a fan of the genre. His distaste with bowing to commercial pressures from his manager soon left him without a recording contract. On June 28, 1975, Buckley completed the last show of a tour in Dallas, Texas, playing to a sold-out venue with 1,800 people in attendance. Buckley celebrated the culmination of the tour with a weekend of drinking and drugging with his band and friends, as was his normal routine. Having diligently controlled his drug habit while on the road, his tolerance was lowered, and the combination of the drugs he took mixed with the amount of alcohol he had consumed throughout the day was too much. The coroner’s report by Dr. Joseph H. Choi stated that he died at 9:42pm, June 29, 1975, from “acute heroin/morphine and ethanol intoxication due to inhalation and ingestion of overdose”.’

‘I think of our culture like I think of bacteria. Rock ‘n’ roll keeps the traffic moving to an adolescent pulse. Politics, prime-time TV, Danny Thomas and the game shows–it’s all bought and sold and planned out to get a response, and the response is planned in order not to get in the way of the next one. But man’s music–his bout with the gods–has nothing to do with the latest crimes. It’s too personal to isolate, too intimate to forget, and too spiritual to sell.’ — Tim Buckley, 1970

p.s. Hey. The p.s. is indisposed today, but it will return tomorrow. In meantime, here’s a very old post resurrected from my former, murdered blog.