‘Named after its founder and his home town – HAns-RIegel-BOnn – Haribo, inventor of the “gummi” candy is in many ways the ultimate family business. Hans Riegel inherited the recipe from his father, who created the first gummy bear (originally known as the “dance bear”) in 1922, a year before Riegel junior was born.

‘Legend has it that Riegel senior came up with the first part of the company slogan (“Haribo macht Kinder froh” / “Haribo makes children happy”), and his son completed it several years after his death (“… und Erwachsene ebenso” / “… and adults too”).

‘Even after expanding abroad in the 60s and cracking America in the early 80s, Riegel continued to operate at the heart of the business, seeking inspiration for new confectionery creations by reading comic books, watching kids’ TV and playing PlayStation in his 80s. Management advisers were frowned upon and rumoured interest from Warren Buffett in 2008 was never pursued. In one of his last interviews, Riegel said: “No investor. No shares. No bonds.”

‘Economically, his reign has been a success. According to Haribo’s estimates, the company’s 15 factories in nine European countries produce around 100 million gummy bears a day. The company logged a turnover of just under €620m in 2011. Until his death, Forbes listed Riegel as Germany’s 32rd richest man.

‘But such an autocratic business model had downsides, too. Riegel was known for opening and reading his managers’ letters, sometimes in front of the entire assembled staff. His desire to remain in the driving seat was symbolised by the fact that he continued to drive his own liquorice-black helicopter deep into his 80s.

‘Not all Riegel’s creations will find their place in the Candy Hall of Greats next to the humble gold bear, the sinful red cherry and my seedy Piratos coin. A liquorice spinning top that excited its inventor was a flop with the kids in the company-run kindergarten where Riegel liked to test his products. A Christmas-themed holy family made from gelatine was condemned by the Catholic church. And Riegel’s one-off gum for the 2006 carnival season, the “arse with ears”, remains a collector’s item only.’ — Philip Oltermann, The Guardian

To make gummy candies, they use what are called “printing boards”, large sheets with raised shapes.

To make these gummy candies, they melt the board on a stamping machine.

The machine then stamps the worm shape on trays made of corn starch.

This creates a series of corn starch molds for the gummy worms.

While that’s going on, another machine mixes gelatin, sugar, corn syrup, color and flavor and cooks the mixture at 240 degrees.

A machine called “the Depositer” pours the mixture into the corn starch board molds.

The molds then go into a refrigerated room.

A machine then flips the candies out of the trays. The corn starch molds disintegrate. As they fall downwards, the machine sifts out the lumps, then recycles the used corn starch into new corn starch trays for the next batch.

The candies go through a cleaner. As they spin, air nozzles blast off the excess corn starch.

Onto the next drum.

The next drum coats the candies with mineral oil to make them shiny.

Believe it or not, some fisherman actually use these candies as bait.

Before packaging the candy, the workers weed out any that are stretched out or stuck together.

_____________
As of August 28th, you can now use a 3D printer to produce custom candy gummies in Berlin. The world’s first 3D candy printer, “Magic Candy Factory,” had been in development for over a year through German company Katjes Fassin’s UK subsidiary, and can print gummies in 3-10 minutes; competing machines take up to an hour. The machine uses fruit puree and vegetarian gels to produce 12 shapes in 10 colors and flavors, weighing between 15g and 20g.

_____________
Who doesn’t love gummy bears? That feeling when the edible kicks in like a bat of hell and the tiniest of grins whips across your face like a soft breeze. Most folks fill their belly’s with chocolate, cookies, and brownies, so Dablione figured lets switch it up with some Rockstar gummy bears. Lets break it down on how to make some cannabis infused gummy bears. Ingredients and items required: 4 packs of unflavored Gelatin, 1 package of flavor gelatin, 3 Gummy bear molds – (found at local candy store), Water, 1/4 cup coconut oil, 12 grams of rosin chips, Coffee Filter, Double boiler (2 small pots that fit snug and boiling water), Glass measuring cup, PAM.

____________
At 8.5 inches tall and 4.5 inches wide, these adorably morbid Gummi Bear Skeleton Candles go from “cute” to “fuzzy” to “fierce” to “pure evil,” as designer Robert Scott, founder of San Francisco-based company Skeleton Candles, puts it. Their lifespan is 100 hours of burning. The fate of the remaining charred skeleton is up to you.

____________
Dicks By Mail is similar in concept to the ‘Ship Your Enemies Glitter’ site that took the world by storm earlier this year and then sadly turned out to be an elaborate joke. The site explains how it works: ‘Once your order is processed an anonymous package will be sent to your target containing two things; A 5oz bag of delicious gummy candy penises, and a note exclaiming ‘EAT A BAG OF DICKS’. Nothing More. Nothing Less.’

____________
Many women today are excited to learn more and more about the breakthroughs in the cosmetic industry, helping them looking younger and beautiful. The new kid on the block, Gummy Bear breast implant, is a unique type of silicone breast implant. It has the ability to form with your breast, giving you natural looking results when receiving a breast augmentation. The Gummy Bear implant is currently made by three different companies, Allergan, Mentor and Sientra. These unique form holding implants were approved by the FDA after eight-year clinical trials with each company. The testing included over 1,800 women from each trial, some of which Dr. Schwartz was involved in.

_______________
The internet is full of many a weird thing. One of these weird things is the trend of re-creating bottled beverages in gummy candy form and slowly slicing them up.

____________
Belgian filmmaker Alina Kneepkens created the short film below that shows ― in grim detail ― the way many gummy candies are made. Kneepkens unrolls the footage in reverse, starting with the finished candy before revealing its gory inception. 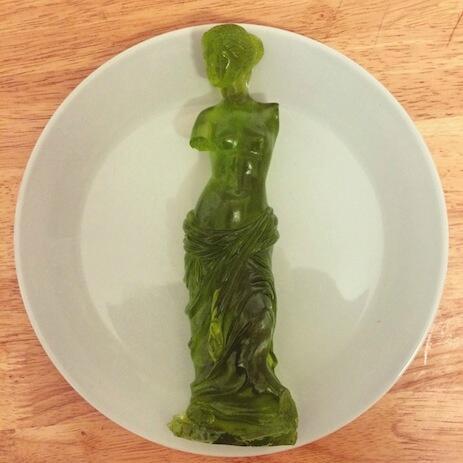 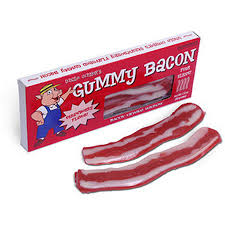 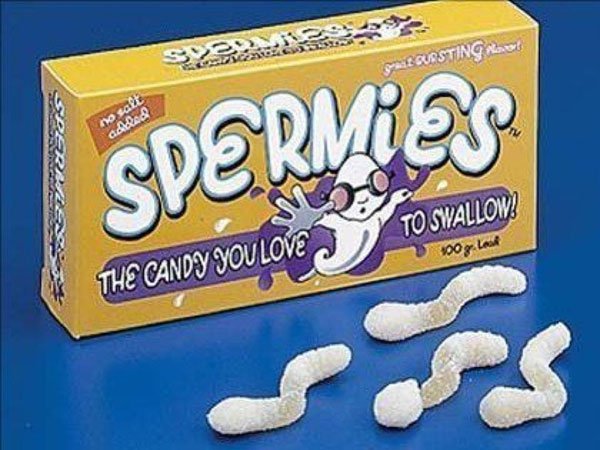 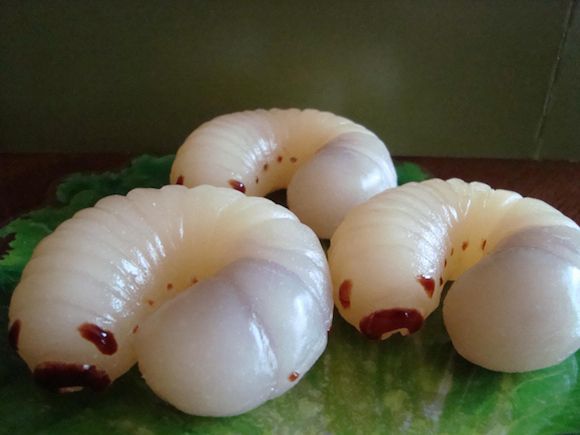 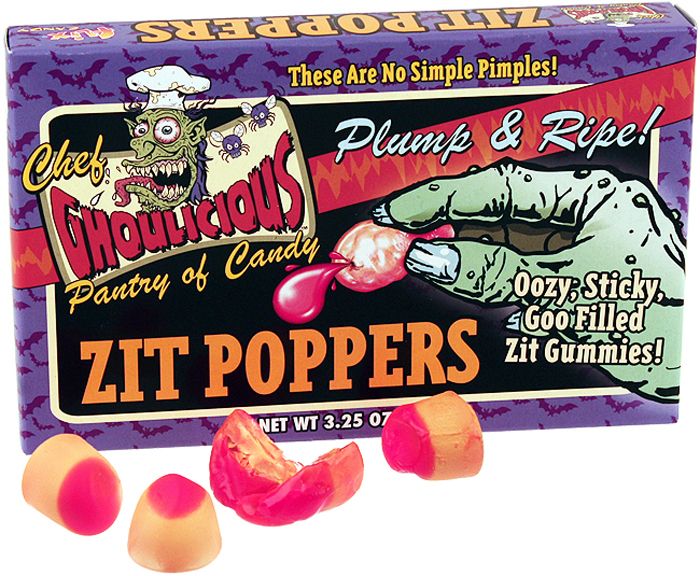 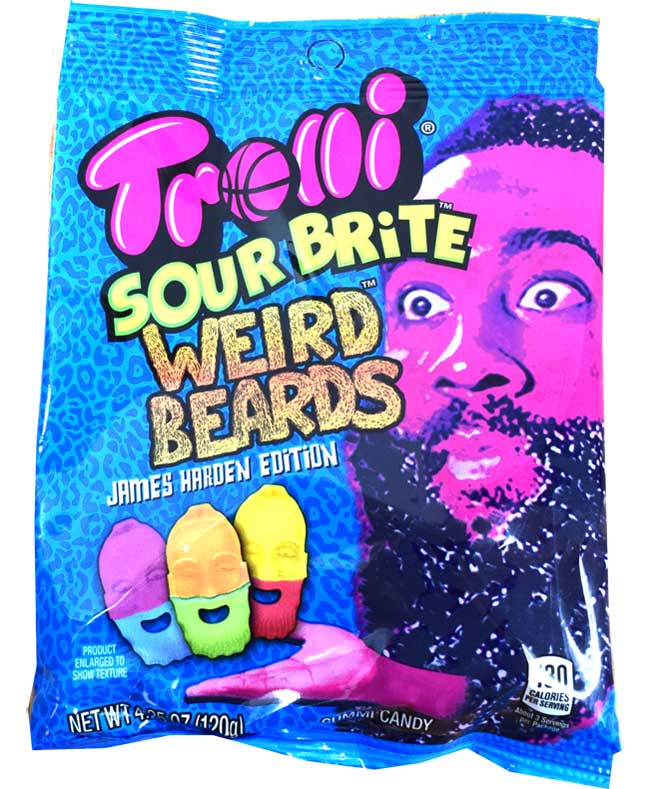 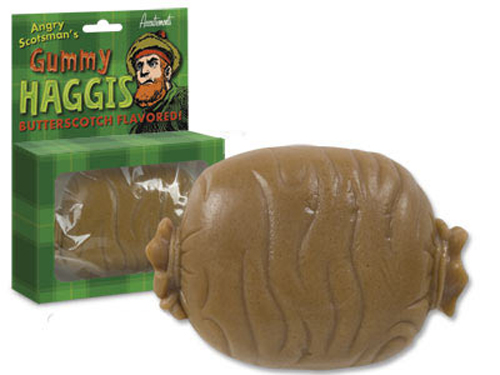 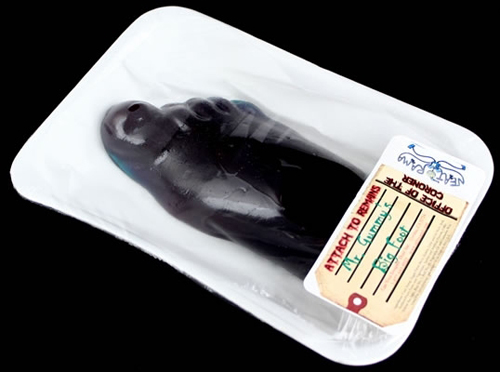 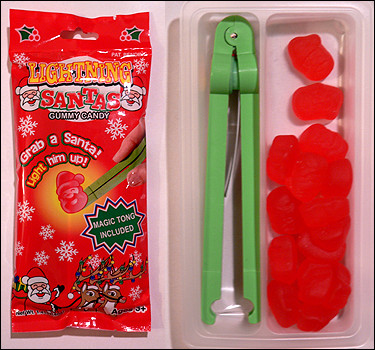 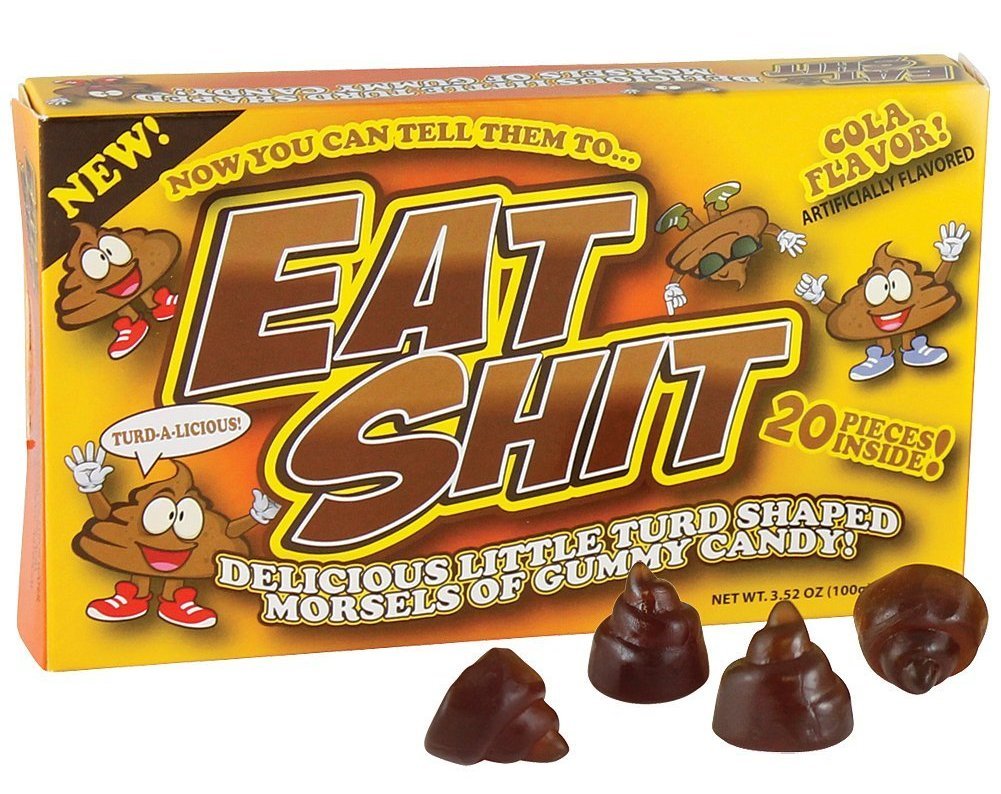 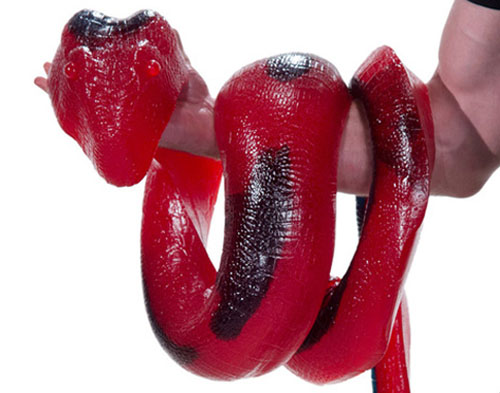 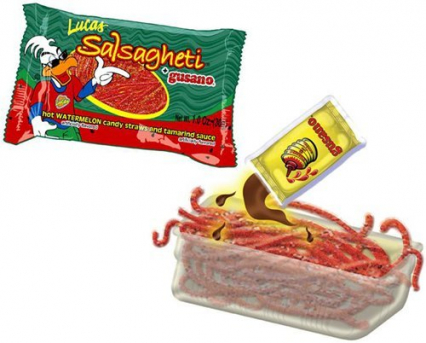 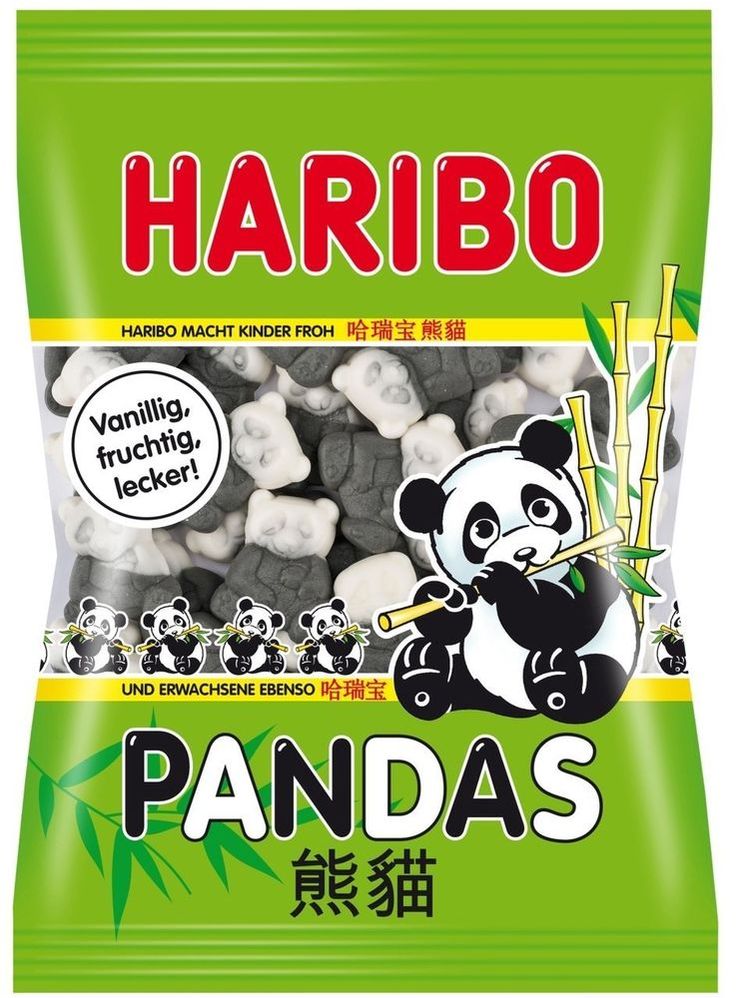 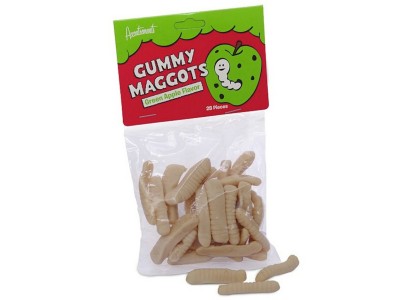 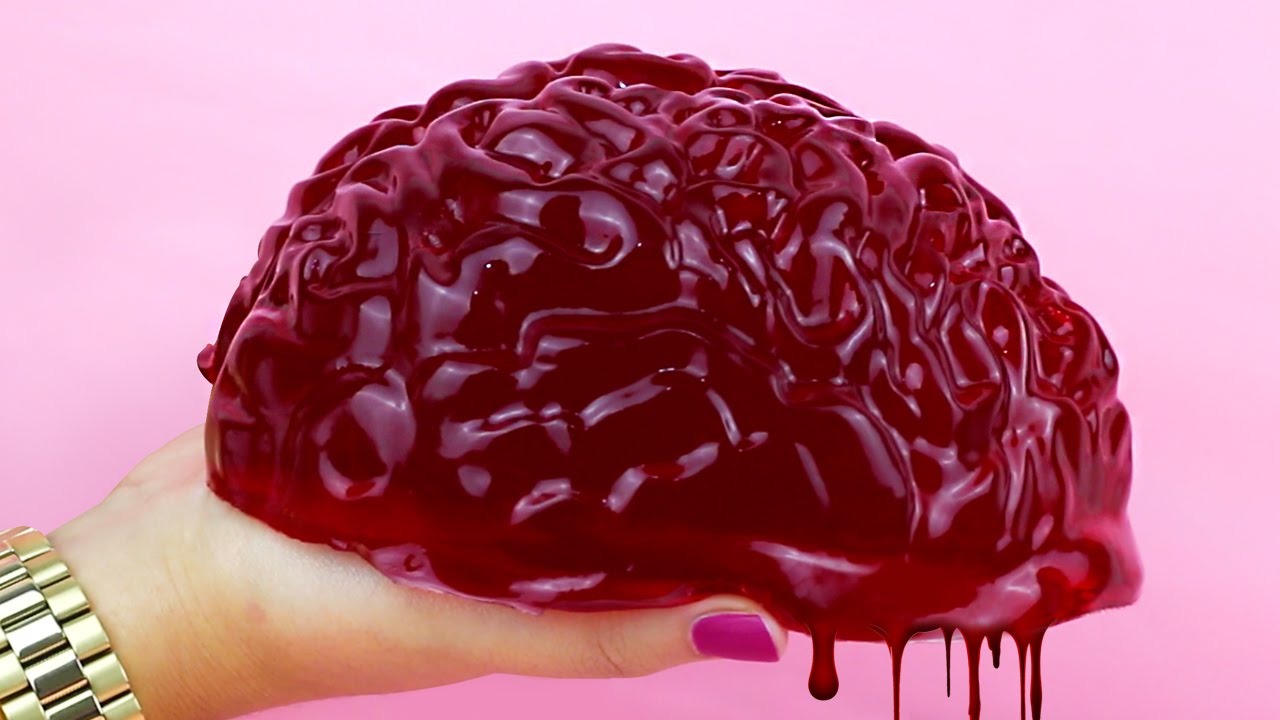 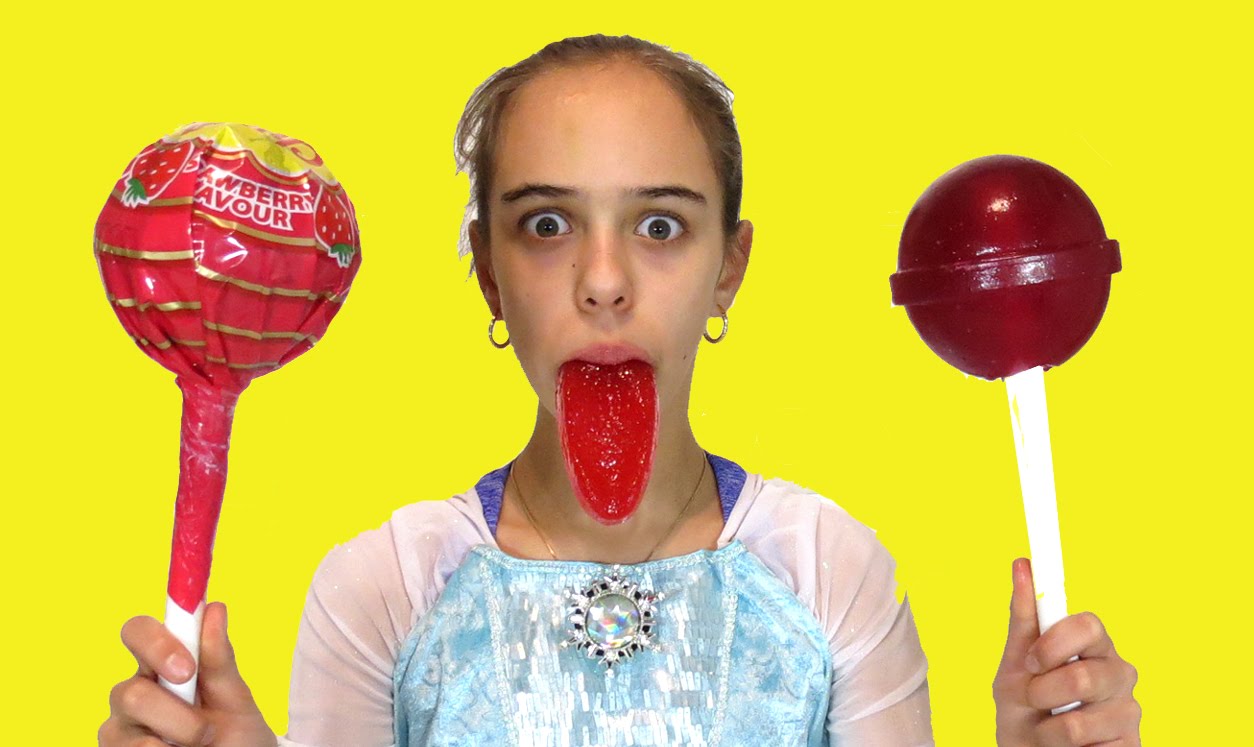 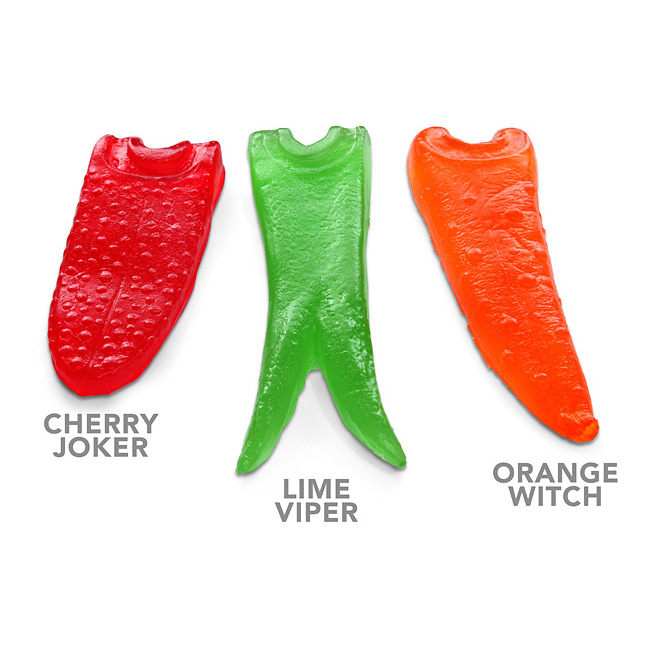 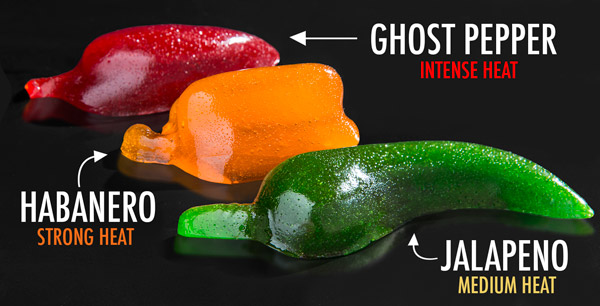 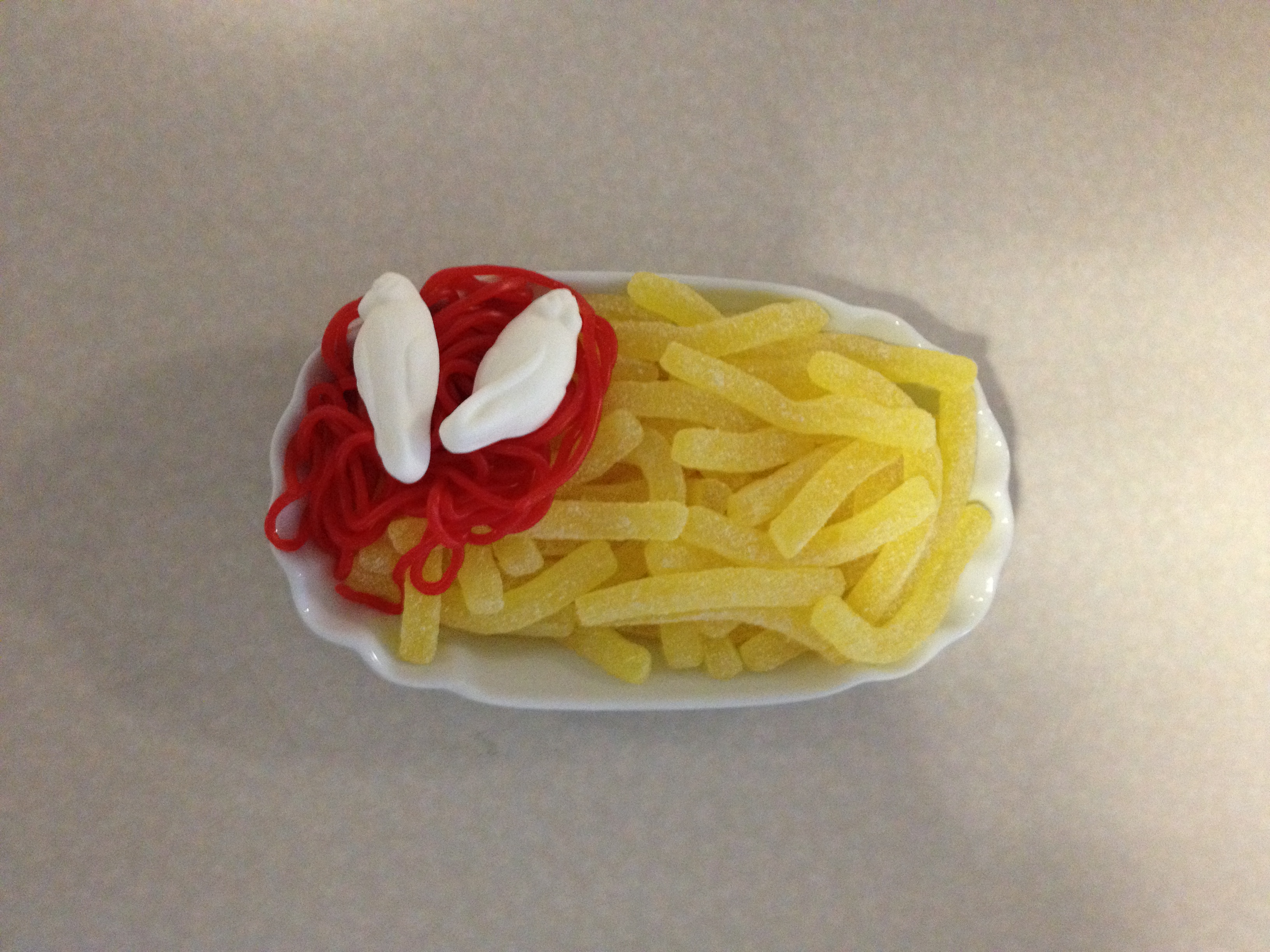 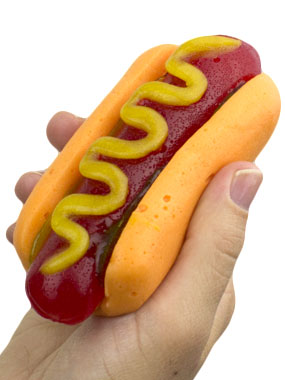 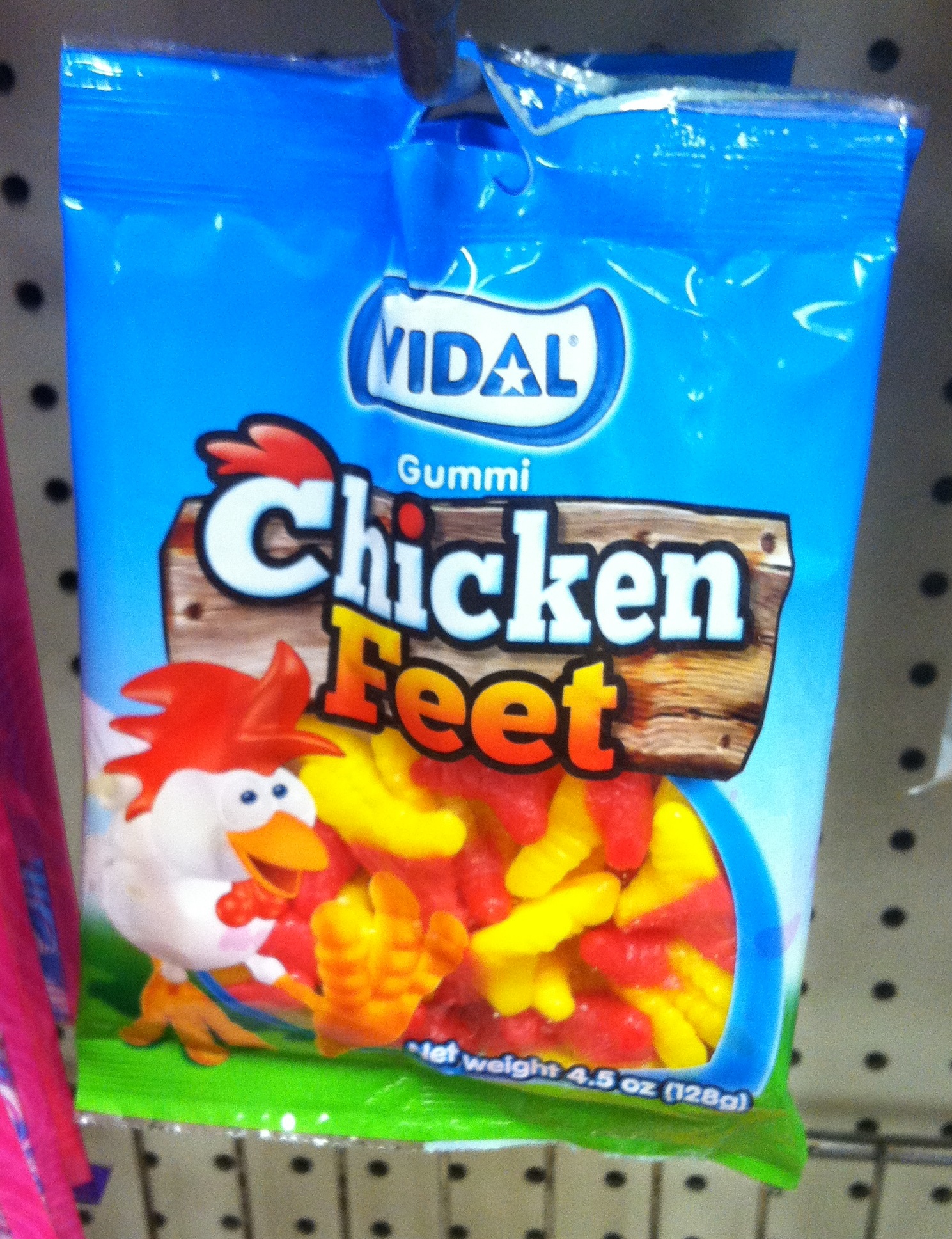 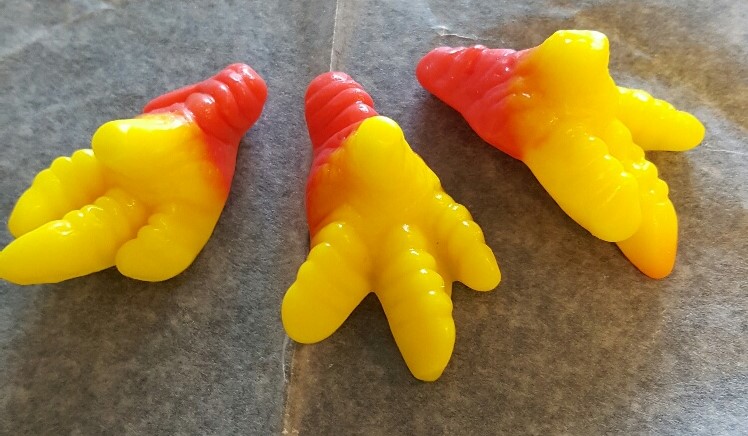 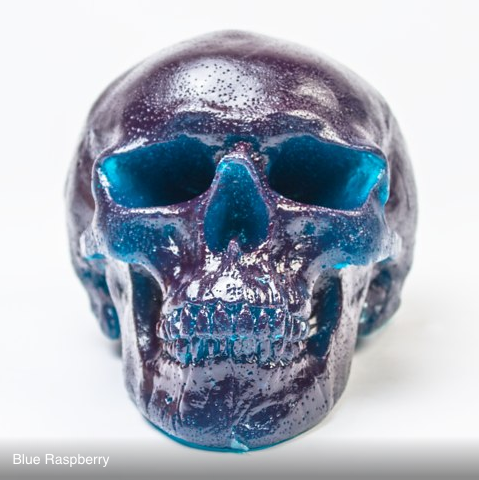 p.s. Hey. ** _Black_Acrylic, Hi, Ben. Thanks, man. I was happy to put it together. Making a post is an excellent education. I recommend it. Oh, cool, I’ll watch that snowman short. And read the Raymond Biggs interview too. Thanks a lot! I’m excited. ** Liquoredgoat, Hi, Douglas! Always a real pleasure. I can only imagine that Matt Bell is is a really good teacher, and obviously I think that’s really good premise for a class. Great! It’s also obviously never too early to start Halloween. I’m trying to restrain myself from turning the blog into Halloween Town as I do every year until at least mid-September, but it’s hard. Take good care. ** David Ehrenstein, Hi, David. Thanks! How did I not put ‘The Whip and the Body’ in that post? Very strange. I’ll go start to catch up via that scene. Bon day! ** Steve Erickson, Hi, Steve. I’m very pleased that you thought it was up to snuff, thank you very much. Interesting what you say about Lana del Rey. I will stream that record. That would explain why she’s a critic’s darling. Interesting when artists do work that’s critic-friendly. I guess it’s just a happy accident in most cases. I haven’t even bothered to think vaguely about listening to the recent Arcade Fire stuff, but then I thought they were massively overrated even when they started. Speaking of Canada, I am curious to hear the new Broken Social Scene record since it’s being touted as a return to form because I do think the much lauded ‘You Forgot It In People’ was a great album. I agree with whoever else that you really should write a book. Are there not other directors or themes that you feel would be exciting to write about at book length? Too bad about Critical Press folding. There must be other presses that publish those kinds of books? ** MANCY, Hey, hey, S! Thanks, man. You good? What’s the haps? ** Dóra Grőber, Hi! Oh, so it’s a fishable resource kind of site. Interesting idea. I hope it works. Let me know. Well, ideally the thing is to get a job that connects directly to your talents, and maybe through journalism and stuff that can happen. Maybe the thing is to aim longer term for money work that employs your writing gifts and then just try to get a tolerable or even interesting job to tide you over until that happens? Great that you got a short piece finished that you like! Excellent day then! The interview I did wasn’t about ‘PGL’ It was for a magazine/publisher called L’incroyable. Here’s their site. Basically, it’s a magazine in form of a book. And the magazine is centered around the childhood, youth, and growing up of artists. Each issue/book centers on one artist. And I’m now one of them. So it was a long interview where I answered questions about my life from my childhood to when I started publishing and stuff, and I just rambled from memory. I guess they’ll do a second interview about more of the details. It was nice. The guy interviewing me was cool. That took up most of the day, it turned out. Otherwise I just wandered about, basically, and then I came home and worked on stuff. It was alright. How was Thursday? You have a heat wave?! Ugh! No, we don’t have one, thank goodness, but, oh no, maybe it’ll travel over here. God, I hope not. Stay as cool as possible. ** Jeff J, Hi, Jeff. That’s interesting that your wife is very into Bava. Huh. And that book sounds like a super tome. I’ll look for it. I hope your eyesight issues are solved via new glasses immediately, obviously. 60 minutes?! That does seem absurdly short for a doc about a guy as complex as Fahey. Well, I’ll find it anyway. The only ‘Fibrils’ book I’ve read is the first one, ‘Scratches’. It was fantastic, and of course the translation was a dream. No doubt the whole series will be excellent. It’s maybe Leiris’s major work, and Leiris is pretty major in my book. ** Kyler, Hi. Oh, weird, cool, out of the brains of babes. My main knowledge about God and Satan is through cartoons. I hope Roger’s read or thoughts or report or whatever you call it is clarifying and reassuring. Good luck with that, if luck is appropriate or needed. ** Misanthrope, Jedward gets all the credit. I think they’re one of those things where you can plop them down in any sentence and turn the sentence comical. Better is better, good. But that better could be better so keep on fighting the good fight. Sneaky, time-release joke there. I snorted. I liked it. ** Okay. Since we’ve already had Artificial Snow Day this week, I thought I would go ahead and just make this a very nerdy week by adding Gummi Day to the wtf madness. See you tomorrow.